Rarely found in the Southern Hemisphere, amber can preserve ancient organisms exactly as they were millions of years ago. 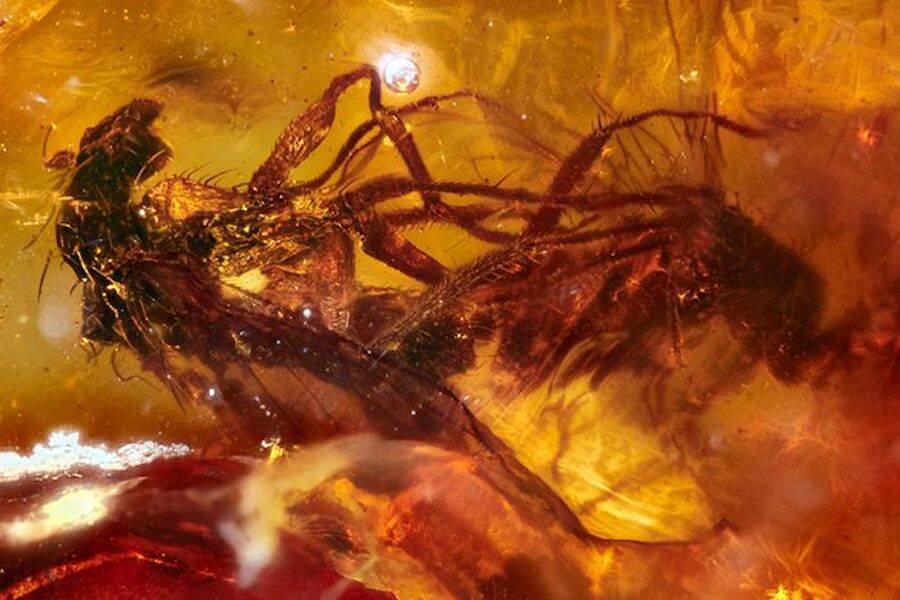 Jeffrey StilwellThe two mating flies are between 40 million and 42 million years old and were found in a Victoria coal mine site.

A research team from Monash University’s School of Earth, Atmosphere, and Environment in Melbourne just discovered some of the oldest fossils ever found in Australia. The historic findings include a pair of 41-million-year-old flies frozen in amber while mating.

Published in the journal of Scientific Reports, the study claims that the discovery is a strong candidate for the first frozen mating behavior to be inscribed in Australia’s fossil record.

According to ABC News Australia, amber is quite rare in the land down under — making this discovery all the more remarkable.

This extensive haul consisted of 5,800 pieces of amber from dig sites across Australia’s southeast, Tasmania, and New Zealand.

According to CNET, it includes fossil ants, wingless hexapods (known as “slender springtails”), liverworts, biting midges, and the aforementioned flies and spiders.

“This is one of the biggest discoveries in Australian paleontology,” said lead author of the study, Monash University’s Dr. Jeffrey Stilwell. “Almost all amber records are from the Northern Hemisphere. There are very few from the Southern Hemisphere.” 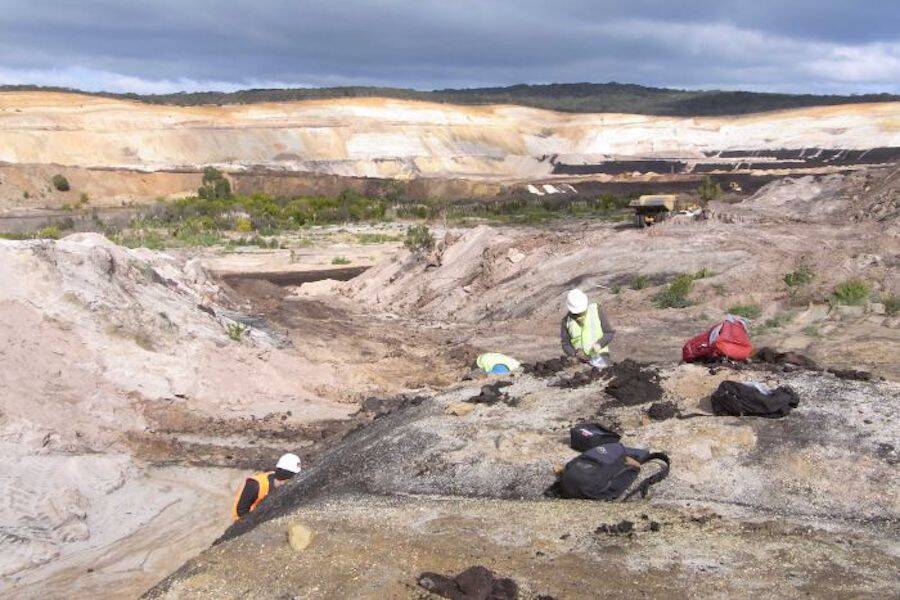 Jeffrey StilwellAfter the coal mine site was bulldozed, Stilwell and his team used a bulldozer to haul off the thousands of invaluable amber pieces.

The fossilized creatures were found at the Macquarie Harbour Formation in Tasmania and the Anglesea Coal Measures site in Victoria, Australia. For the international team of scientists, hailing from Spain, Italy, the U.K., and Australia, these 40-million to 50-million-year-old relics are a gift.

“Amber is considered to be a ‘holy grail’ in the discipline, as organisms are preserved in a state of suspended animation in perfect 3D space, looking just like they died yesterday,” said Stilwell.

“But in fact [they] are many millions of years old, providing us with an enormous amount of information on ancient terrestrial ecosystems.” 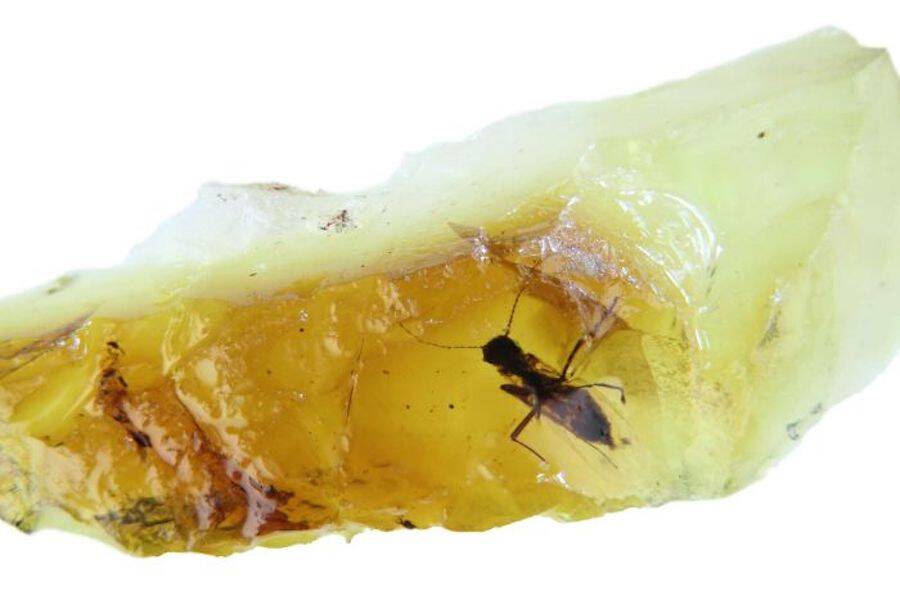 Enrique PeñalverThis biting midge is perfectly preserved, and dates back to around 41 million years ago.

To his point, the two mating flies — which date back to between 40 million and 42 million years ago — come from an era where Australia was part of a supercontinent called Gondwana.

With nearly all amber fossils hailing from the Northern Hemisphere, this latest discovery has the potential to refine our collective fossil record of Earth with invaluable new data. For Stilwell, one of the fossilized finds stood out from all others.

“I am surprised that in more than 100 years of studying fossils in Australia that a fossil ant has never been found.” 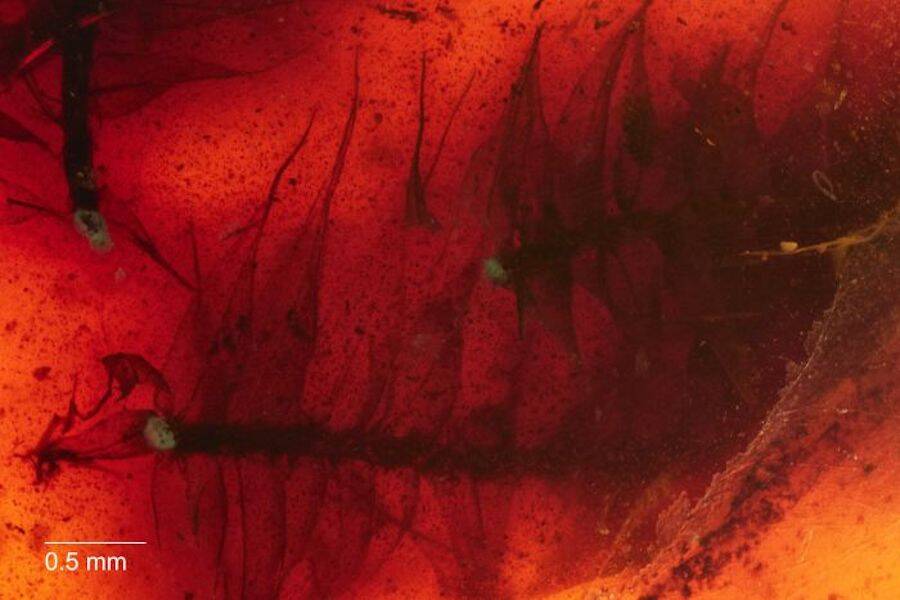 Jeffrey Stilwell/Andrew LangendamThe Victorian coal mine site also yielded this new species of delicate moss — which is estimated to be around 42 million years old.

The Tasmanian site held a complete mite and an insect called a “felt scale,” dating back between 52 million and 54 million years. According to The Daily Star, Stilwell considered his success as “a dream come true.”

“These are the oldest animals and plants in amber from the entire southern Gondwana supercontinent,” said Stilwell. “We were able to bulldoze the [Victoria] site and we now have a freight container full of amber-bearing coal to go through.”

Finders University paleontologist Trevor Worthy lauded the research team for doing “a great job in revealing that Australasia has a range of old to very old amber deposits and that, significantly, there is good potential to find fossil invertebrates and plants in them.”

For senior curator in entomology from the Museum of Victoria, Ken Walker, it’s the new insight into the past, rather than the future, that this discovery has been most revealing. 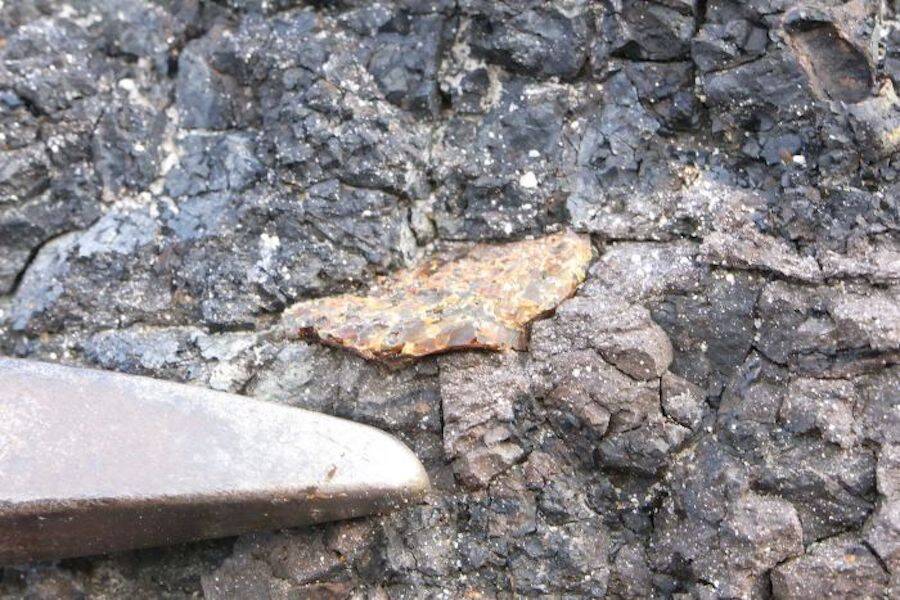 Jeffrey StilwellSince amber is rather rare in Australia, finding such a trove of prehistoric relics was utterly remarkable to Stilwell and his team.

“Imagine having a pair of mating flies from millions of years ago,” he said.

“What these specimens clearly show is that most of the major groups of insects had already been diversified by the Gondwana times. I find it extraordinary that the amber ant species have a direct link to ant groups alive today.”

While the fornicating flies are certainly worth a chuckle, these excavations could open the proverbial doors to unprecedented information about prehistoric evolution.

“Our findings provide exciting new insights into the origin, antiquity, and evolution of the modern Australian biota and show that there may be a vast potential for future, similar finds in Australia and New Zealand,” said Stillwell.

“There has never been a fossil ant recorded in Australia before, but we can now state for the first time that ants have been a significant part of the Australian ecosystem for over 40 million years when Australia was still attached to Antarctica during the last gasp of the Gondwana supercontinent,” said Stilwell.

Unfortunately, the COVID-19 pandemic has put a damper on the archaeological marvel. Stilwell’s lab is currently shut down, though he and his team aren’t discouraged in the slightest.

“We’re just getting started, there’s so much to learn.”

And as for the flies, not much has changed since ancient times. One recent study showed that flies really like having sex, and they will actually resort to consuming alcohol if they can’t get it.