Everything You Need To Know About Surrogacy 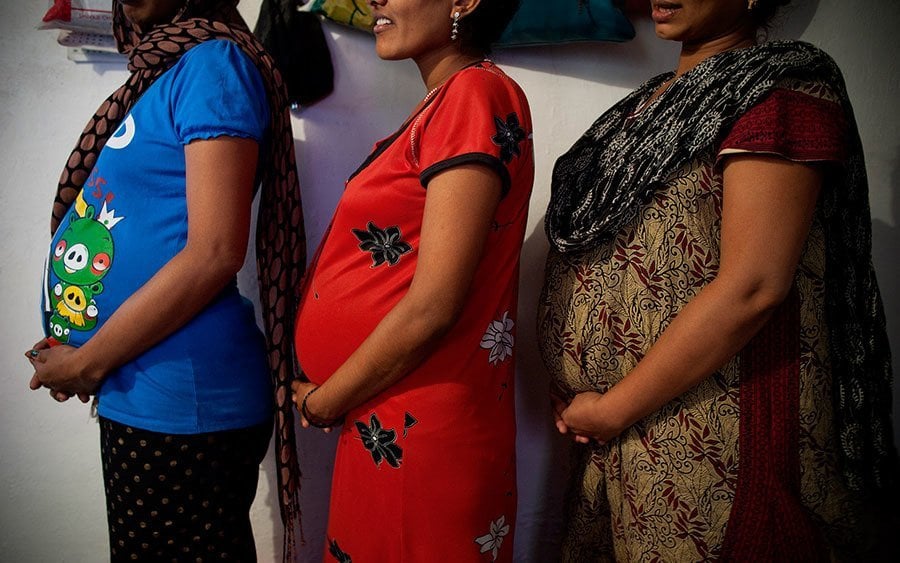 Considering how perpetually en vogue it is to create and uphold laws about what women can and cannot do with their bodies, it shouldn’t come as a surprise that in some parts of the world, surrogacy is illegal.

In case you’re unfamiliar, surrogacy is when a woman carries a baby to term that is not intended to be her own. A woman who cannot have children may seek a willing surrogate into whom she might have her own eggs and her partner’s sperm implanted. Essentially, a surrogate functions as an incubator.

Based on the type of surrogacy and the terms of the agreement, though, the surrogate’s own eggs may be used in the pregnancy — which complicates the idea that the baby isn’t really hers. We explore the legal and political tangle that is surrogacy below:

With traditional surrogacy, the surrogate woman’s eggs are used, which means that she is the biological mother of the baby. The surrogate is inseminated with the sperm of a male partner (the baby’s intended father).

In gestational surrogacy, the intended mother’s eggs are placed in a petri dish, fertilized with either the sperm of the intended father or donor sperm, and placed into the surrogate’s uterus via in vitro fertilization. Through this method, the surrogate has no genetic link to the baby.

Traditional surrogacy is often used by same-sex couples who wish to have a child but, for obvious reasons, do not have both sperm and eggs needed for fertilization. In this instance, the surrogate’s own eggs may be used — but this can present a complex legal question: is she or is she not the baby’s mother?

There have been several high profile traditional surrogacy cases where, following (or even before) the baby’s delivery, the surrogate changed her mind about giving the baby to the intended parents. If a legal battle ensues, since she is the baby’s genetic mother, it presents a moral quandary for a court: no matter the paper trail of legal agreements between herself and the intended parents, the fact remains that she is biologically the baby’s parent.

The Case of Baby M. 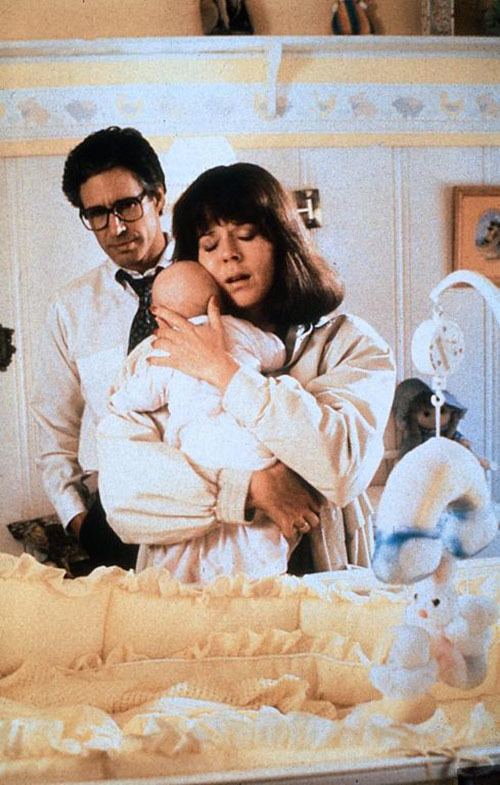 One of the most well-known surrogacy battles occurred in the United States in 1986. William and Elizabeth Stern placed an ad in New Jersey papers seeking a surrogate to help them have a child. Although Elizabeth wasn’t technically infertile, she had Multiple Sclerosis and was concerned about the complications a pregnancy might cause. A young mother named Mary Beth Whitehead responded to the advertisement and the Sterns accepted her without much consideration. Presumably Whitehead seemed trustworthy enough and, since she already had two children, was necessarily procreant.

Everything went well until the baby was born, when Whitehead, who was genetically the baby girl’s mother, decided that she wanted to keep the baby. She sued the Sterns for custody. The New Jersey Superior and Supreme courts vacillated between denying and upholding the validity of the original surrogacy contract, and ultimately ordered New Jersey family courts to determine who would have legal custody of the child.

The court used “best interests of the child” analysis in making its decision, and ultimately awarded custody to William Stern. The Sterns were well-educated and financially well off. Although Mrs. Stern had M.S., the couple was more than able to provide for the child. Whitehead, on the other hand, was of a lower socioeconomic class and had other children.

Whitehead was later granted visitation rights, but when Baby M., named Melissa, came of age, she terminated all of Whitehead’s legal rights and, through adoption, became the legal daughter of Elizabeth Sterns.

The case was the first of its kind in the United States and set a precedent for the contracts and, eventually, suits that cropped up as a result of surrogate agreements gone wrong. It particularly set the tone for same-sex couples, who, over the next several decades, would turn to surrogacy and other adoption arrangements in order to begin building a family.

Surrogacy Around the World

In the United States, surrogacy is highly regulated because of cases like Baby M. Each state is allowed to make laws about whether or not surrogacy is legal — and more importantly, what types of surrogacy are legal.

We can further subdivide surrogacy by the moral implications — most surrogacy arrangements anywhere in the world are altruistic, meaning that aside from maybe helping to cover some medical expenses, the surrogate does not accept any money from the intended parents for her womb service. Commercial surrogacy, on the other hand, involves a predetermined fee for the service — and, in general, is much more likely to be illegal.

According to the BBC, the most common destinations for surrogacy arrangements are the U.S., India, Thailand, Ukraine and Russia. Even if the baby is not born in the country where they will ultimately be raised, the general understanding is that they will have the citizenship of the intended parents.

A map explaining surrogacy laws around the world

Lack of international law or regulations on the matter complicates traveling for surrogacy, and can make things difficult if the surrogacy process happens in one country, but the intended parents are citizens of another. It can be further complicated by the citizenship of the surrogate, if she is the genetic mother of the child.

The differences from country to country are vast; in India, it’s understood that in any surrogacy arrangement, the intended parents are the legal guardians of the child. No dithering; that’s the law. However, in the UK, the woman who gives birth to the baby is recognized as the legal mother, regardless of genetic makeup — so if the surrogate mother is not a citizen of the UK, when the child is given up for adoption to the intended parents, the family must apply for the child to have UK citizenship.

In such traditional arrangements there also exists the challenge of the non-genetic mother’s role in a custody battle if she and her partner split up.

Since the father supplied the sperm for the arrangement, he is more or less universally regarded as the father — but if the egg came from a third party (i.e. the surrogate), the intended mother is not given any legal rights to the child and in the case of divorce, can find it difficult to obtain custody.