Sexy Books: A Brief History Of The Harlequin Romance

E-books and the internet might spell the end of the Harlequin romance, but that doesn't make its history any less interesting. 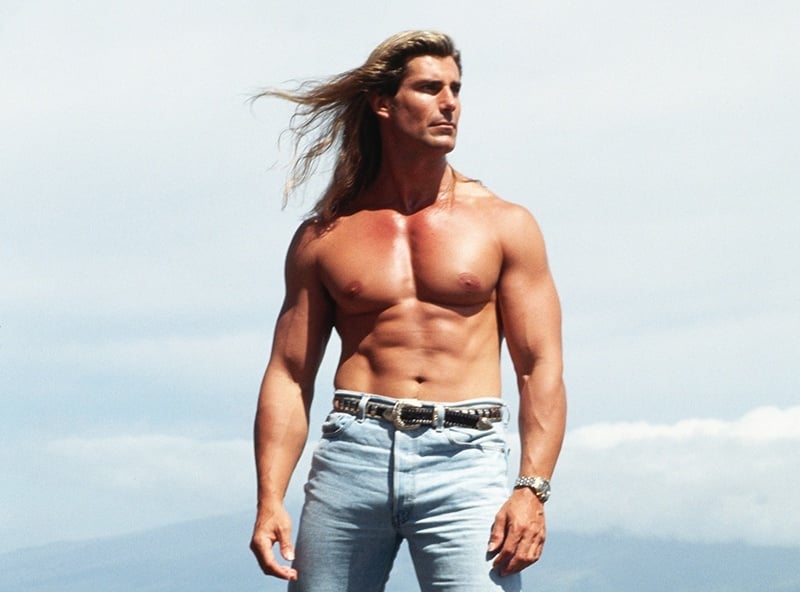 Bare-chested Italian model Fabio stands on the rocks on a Hawaiian beach.

Anyone remember Fabio? You know, the buff, long-haired leading man on all those tattered paperbacks your mom hid in her dresser? Even though he’s become synonymous with the genre, the meme-worthy presence of Fabio Lanzoni is a little misleading when it comes to the story of the romance novel. Indeed, the Harlequin romance has a history much more substantive than Fabio’s flaxen locks lead us to believe.

Where Fabio captures the image of the romance novel, Nora Roberts exemplifies its syrupy syntax and style. Roberts has mastered the genre, but has said that writing in terms of categories can be limiting, and has compared it to “performing Swan Lake in a phone booth.” Such literary confinement doesn’t seem to have stifled her creativity, though; to date Roberts has published over 200 books. 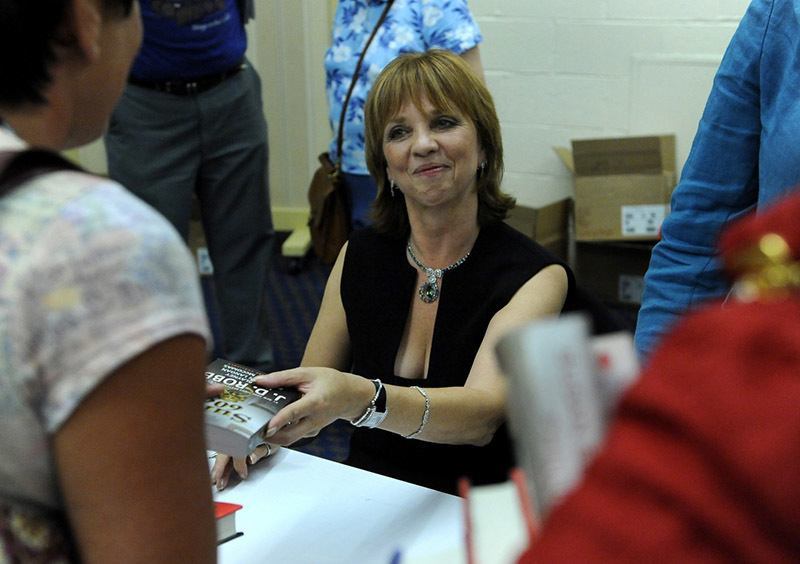 Even though Nora Roberts is a genre giant, she didn’t invent it. The publisher, Harlequin Enterprises, has existed in Canada since 1949. The publishing firm initially entered the game as a paperback book reprinter, but following the death of a key publisher, the company changed hands – and directions.

Mary Bonnycastle, wife of new publisher Richard Bonnycastle, was instrumental in Harlequin’s 1950s pivot into romance novels, and more specifically, medical romances. UK-based publisher Mills and Boon originally produced these novels, but upon Bonnycastle’s urging were brought across the pond for reprinting. Bonnycastle and her daughter would choose which ones would be printed at Harlequin, and as a matter of fact generally went for the least raunchy ones.

After getting wind of his wife’s little side project in his world of publishing, Richard Bonnycastle decided to read one of the smutty books for himself. Of course, he chose the most explicit one he could get his hands on. He — erm — “enjoyed” it so much that he started asking for the stats on the sales of such books and was not surprised to learn that the more sexually charged novels far outsold their tamer counterparts.

Within the next decade, Harlequin exclusively republished Mills and Boon novels. By the 1970s, they’d partnered with Simon and Schuster to bring these epics to the United States.

Much to her chagrin, the comparatively demure Mary Bonnycastle sat back and watched as her husband’s publishing company became the first name in sexy books. Their genre dominance was short-lived, however. Even though Harlequin romances were selling in the U.S., the company continued to focus on British writers. Before the end of the 1970s, they had terminated their contract with Simon and Schuster and rejected a manuscript by Nora Roberts. Oops. 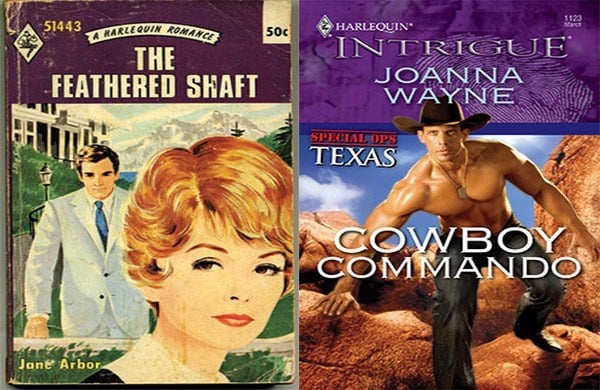 Harlequin romances have undergone some dramatic shifts since their 1950s inception.

Since Harlequin rejected both Roberts and Simon and Schuster, the author and the abandoned publisher teamed up and initiated what would become known as the “romance wars”: Simon and Schuster formed the American version of Harlequin, Silhouette, in 1980. After Silhouette came the enterprising Candlelight Ecstasy series, which not only capitalized on the market’s interest in more explicit sex scenes, but removed the restriction for its writers that the female protagonist must be a virgin.

By the mid-1980s, Harlequin realized that it had seriously screwed up by passing on American writers and moved to acquire Silhouette, although it allowed Silhouette’s staff to maintain editorial control – arguably because they really understood the market, having had an avalanche of success in the few short years of their existence. By the early 1990s, times were good again: Harlequin reclaimed its romance empire, accounting for an 85-percent share of the genre. 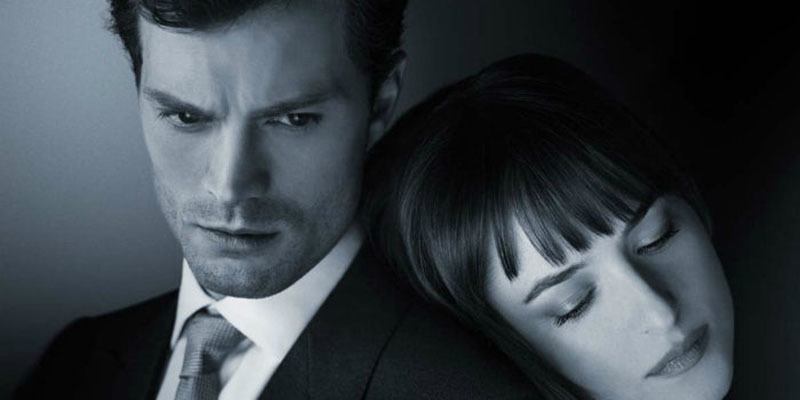 Fifty Shades of Grey made a steamy – and controversial – transition to the silver screen.

Harlequin learned quickly that if they wanted to maintain their status, writing the same vanilla sex scenes over and over again wouldn’t work – even though they maintain that they don’t sell erotica. So, they developed various categories of fiction that not only changed the sexual style and tone, but location and time period (think Highlander). They also wandered into cross-genre territory with romantic mysteries and thrillers.

In spite of these changes, historian John McAleer told The New Yorker that at their core, Harlequin romances (even with their oddly specific titles) have almost always followed a standard format: “Boy meets girl, boy loses girl on page 56, and, by page 180, the book would end with a marriage proposal.”

The genre has continued to expand over time, but enhanced technology might spell the end of the affair for the publishing giant. With the advent of the internet and ebooks (particularly of the self-published variety – think Fifty Shades of Grey, which had more total sales than Harlequin’s entire North American retail division), people can fulfill their most erotic fantasies on their Kindle, for even less money than a real book would cost, and maintain a modicum of privacy all the while. With ebooks, there’s no need to hide a copy of Taken for Revenge, Bedded for Pleasure under a loaf of bread when you’re in the grocery checkout line.

To date, Harlequin has published upwards of 4,000 books, in more than 30 languages.

While the plots may be predictable, the characters a bit trope-y, the language laughably verbose and the cover art and titles likely to elicit some groans or snickers, the publisher presses on.

The Harlequin paperback might be fading and in need of some smelling salts, but it’s certainly not dead. Besides, even if it was, it would no doubt come back to life in some kind of major plot twist.