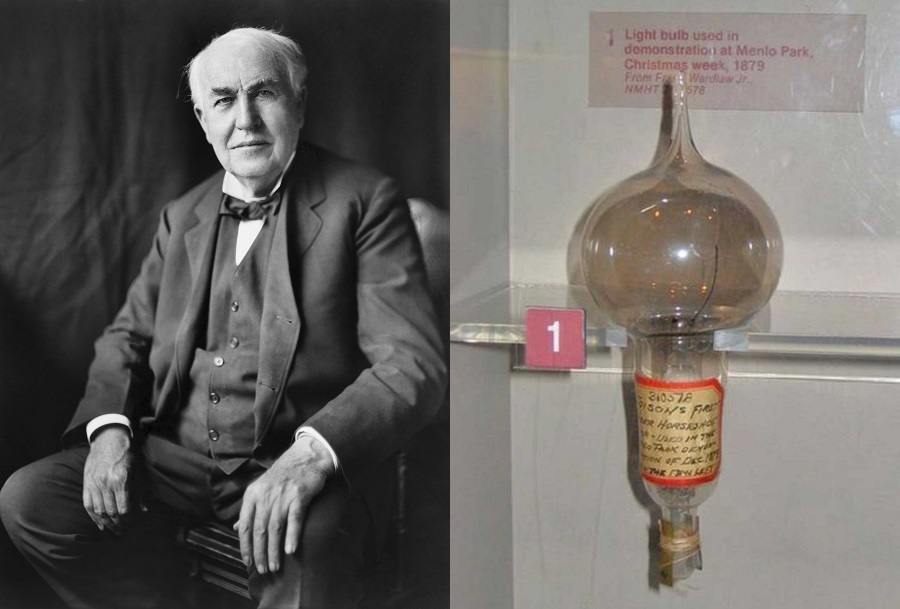 Why He Got Credit

On October 22, 1879, Thomas Edison, certainly one of America’s (and perhaps the world’s) most famous inventors, successfully tested an incandescent light bulb (in which an electric current heats a wire filament to produce light) for 13.5 hours. One month later, the patent was his and the world was never the same. His basic design still brings light to most of the world over 100 years later.

By now, the notion that Thomas Edison didn’t actually invent the light bulb is one of those bits of revisionist history that’s become so widely accepted that it’s virtually crossed over into the mainstream. And why not? Even the most cursory look at the facts reveals that a whole host of inventors across various countries had achieved incandescent light as much as 80 years before Edison.

Edison defenders will claim that those dozens of working incandescent lights before Edison’s are of little practical merit because they either couldn’t stay lit for any worthwhile amount of time, or were completely impractical for mass use either in their design or their cost. And on that count, Edison’s defenders are right. A device that throws off light just a few feet and stays lit just a few minutes isn’t a light bulb — not really — and was never going to change the world.

That defense, however, doesn’t explain away the work of one man: Joseph Swan. 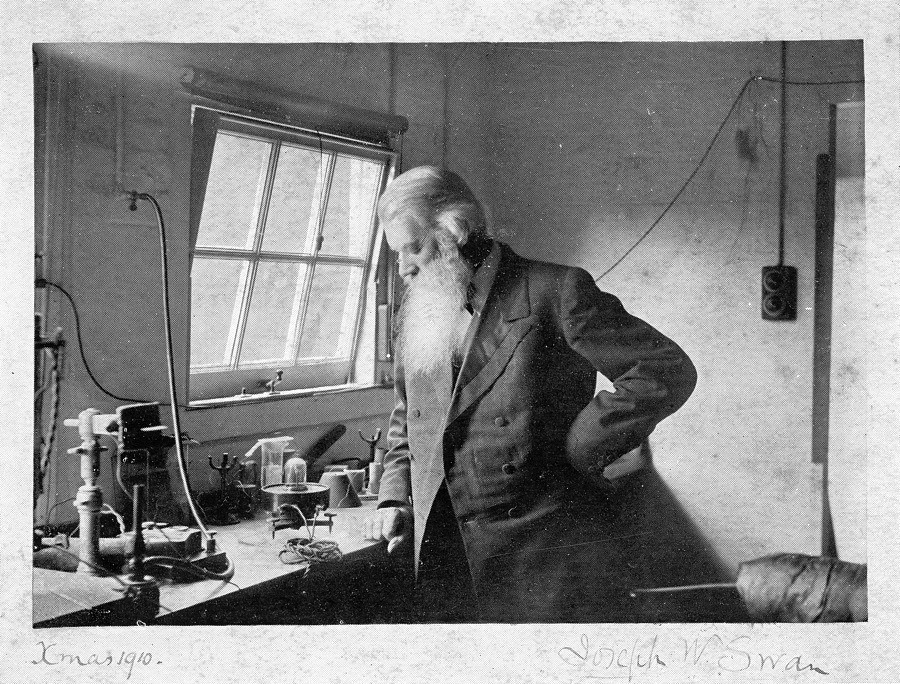 By the time Edison was developing his bulb, the template, based on the work of dozens of others who’d come before, was already in place. You needed a glass bulb, a vacuum to suck the air out of it, wires to supply the charge, and some kind of rod or strip to take that charge, heat up, and actually supply the light. That last bit was the most important, and the trickiest.

Most tried to use platinum as the material for that rod. It could take the heat well, but, even after decades of refinement and dozens of tries, couldn’t burn bright enough or last long enough. So it was that the person who could make the right rod would be the one to save the day. 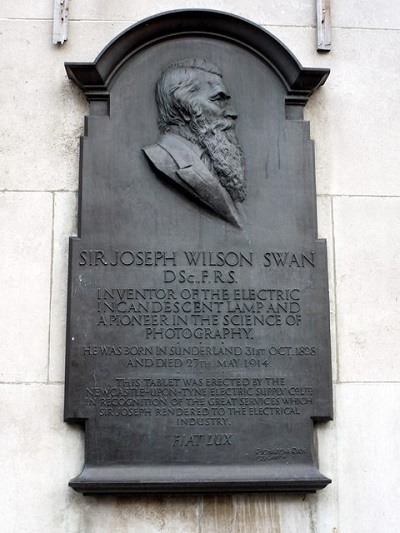 Public plaque commemorating Swan as the inventor of the incandescent electric light bulb, located in Newcastle upon Tyne, where Swan first demonstrated his bulb in 1878. Image Source: Geograph

And the right rod was finalized, ultimately, by Edison, but wouldn’t have been possible without one of history’s less famous inventors, Joseph Swan. The solution to the rod problem was using carbon, and Swan was the one to know that as far back as the 1850s, far before Edison. At that time, the vacuums weren’t strong enough, however, so he put his experiments on the back burner. But in the 1870s, when the vacuums were finally adequate, Swan went back to work and brought his carbon bulb to life.

Starting in late 1878, almost a full year before Edison, Swan began publicly demonstrating his carbon bulb. Yes, his carbon rod was too thick and thus didn’t last very long, and yes, Edison filed his patent just before Swan eventually found an even better rod than Edison’s, but the Edison bulb, apart from that thinner rod, was virtually a copy of the Swan bulb. 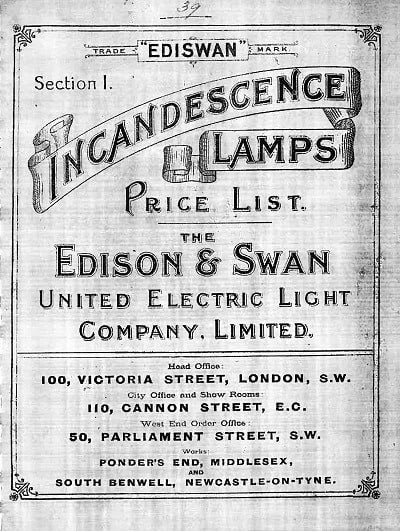 A price list from the Edison & Swan company that Edison was required to form after British courts found his design to be practically the same as Swan’s. Image Source: Wikimedia Commons

The courts in Swan’s native Britain backed Swan’s claim to the bulb, allowing Edison to sell bulbs there only if he joined forces with Swan. And while Edison’s thinner rod made the difference at first, it was soon Swan’s cellulose rod that truly won the day and became the industry standard that would bring light to the world.

The one final — endlessly intriguing — piece of the puzzle is John Wellington Starr. He and his partners obtained a patent for a bulb using a carbon rod all the way back in 1845. But he died the following year and the mechanics of his bulb were just different enough from Swan’s, rendering him, unfairly or not, a non-factor in the Swan/Edison showdown.