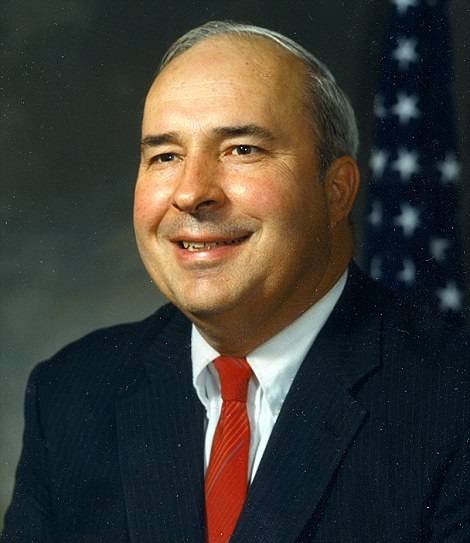 Commonwealth of Pennsylvania/Wikimedia CommonsR. Budd Dwyer in the late 1980s.

The death of politician R. Budd Dwyer might be one of the most famous suicides of all time. The unfortunate scene was caught on camera and later rebroadcast on local news channels. The video is still available on the internet today for all to see, but those who attended the gruesome press conference need no reminder.

He was reelected to the State Senate twice but had his eyes set on the Pennsylvania Treasurer spot. He won it in 1980 and was reelected in 1984. 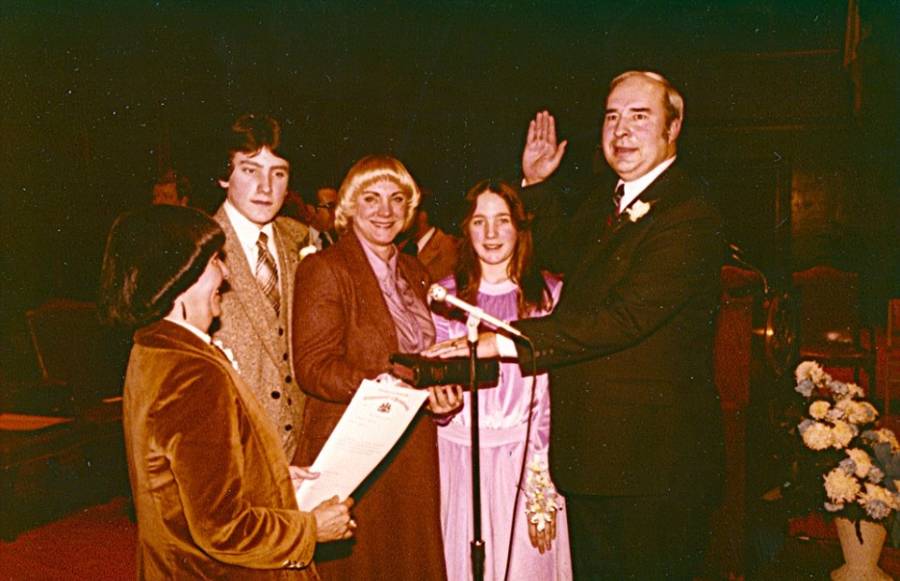 Dwyer family/Wikimedia CommonsR. Budd Dwyer being sworn in as Pennsylvania state treasurer in 1984.

Around the same time, Pennsylvania officials discovered some state workers had overpaid their federal taxes by millions. Several accounting firms competed for the job to determine the compensation that was due to the employees.

Months later, Pennsylvania governor Dick Thornburgh got an anonymous memo detailing allegations of bribery in the bidding process and R. Budd Dwyer was named as one of the people benefitting from the deal.

Dwyer maintained his innocence in the situation. Federal prosecutors offered him a generous deal of only five years in prison if he was to plead guilty, resign his position, and cooperate with the investigation.

Dwyer denied the deal, sure that his innocence would exonerate him in the end. He was wrong – he was found guilty on a slew of charges and sentenced to up to 55 years in prison and a $300,000 fine.

The Treasurer’s sentencing was scheduled for Jan. 23, 1987, but Dwyer had other plans.

WARNING: Some viewers might find the following video disturbing.

Now one of the most famous suicides, the press conference where R. Budd Dwyer committed his act has scarred thousands.

The day before his sentencing, Dwyer held a press conference in the state capitol that was filmed. In front of other government workers and members of the press, Dwyer said he was not going to resign and instead said that he was going to die in office. He used some of his final words to express his innocence once again and said that his death should be used as an example.

He then pulled out a yellow envelope which contained a .357 Magnum revolver. The crowd screamed and pleaded with Dwyer to stop, but he simply said, “Please leave this room if this will affect you.” And then pulled the trigger, dying instantly.

It wasn’t until 2010 that Dwyer’s name was finally cleared.

A documentary titled Honest Man: the Life of R. Budd Dwyer showed a former chairman of the Dauphin County Republican Committee and key witness in Dwyer’s trial admitting to lying under oath about the Treasurer taking bribes. He said he falsely named Dwyer in an attempt to lessen his own sentence and stop his wife from being punished for her role in the crime.

The details of Dwyer’s famous suicide make it even more tragic, but hopefully, his loved ones can find some comfort in his name being cleared.