This 40,000-Year-Old Cave Painting Of A Cow Is The World’s Oldest Animal Drawing

Some experts believe that the animal painting and others found in the cave are some of the earliest examples of the formation of human culture itself. 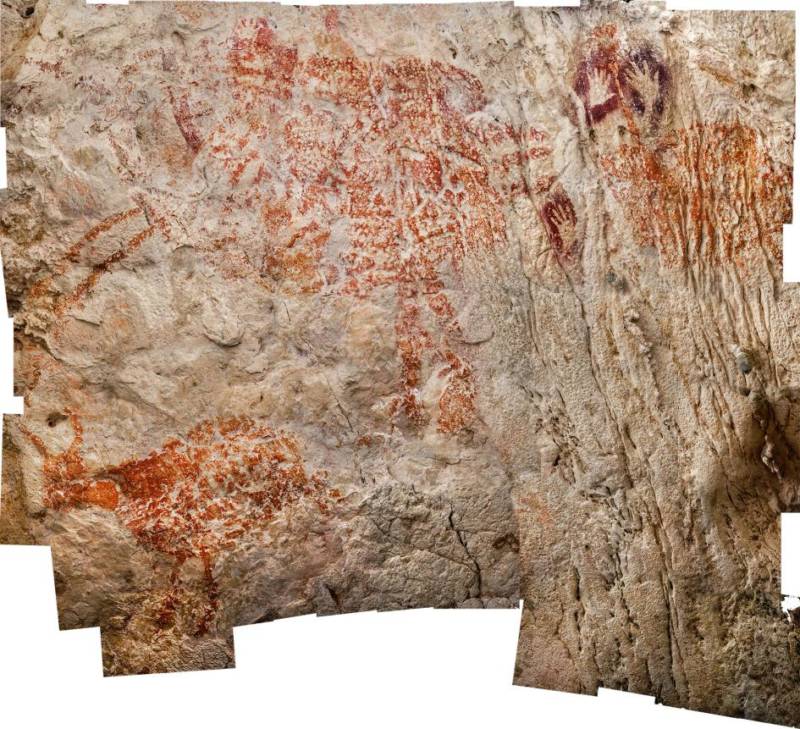 Luc-Henri FageThe trio of cows in a piece of cave art dating back at least 40,000 years.

A team of researchers in Indonesia has come across record-breaking ancient artwork that is revealing new things about one of humanity’s oldest cultures.

Archaeologists found the earliest known painting of an animal in the remote mountains of the Indonesian province of East Kalimantan on the island of Borneo. The bovine painting covers a wall inside a cave named Lubang Jeriji Saléh.

The artwork, depicting a trio of cows, dates back 40,000 years, making it the oldest known figurative painting — one in which real-life objects are shown rather than primitive abstract shapes.

“It’s clearly like someone decided to depict what they saw, like an animal or like another human,” Maxime Aubert, an archaeologist and author of the study published in Nature, told NPR. “And they made that, they did that on purpose.” 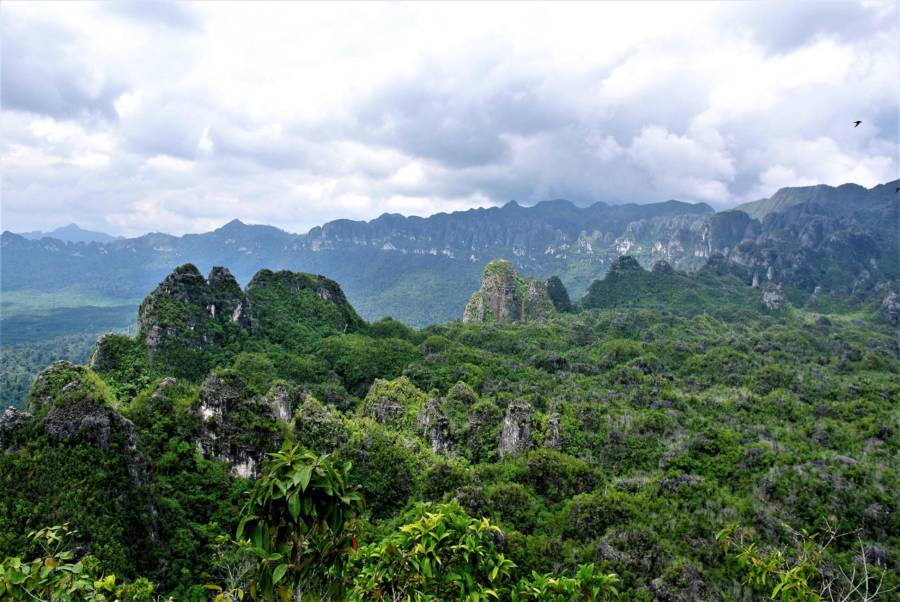 Pindi SetiawanThe mountains of East Kalimantan, Indonesia, on the island of Borneo where the caves are located.

Dr. Aubert and his team tested the calcium carbonate deposits surrounding the image using dating techniques which allowed them to discover the painting’s age.

The artwork depicts three cows total, with the largest of them spanning more than seven feet wide, according to National Geographic. In the painting, one of the cows appears to have a spear piercing its flank and they are a part of a series of similar paintings found in the cave that were made using a red-orange, iron-oxide pigment.

This piece of cow artwork might be the oldest figurative painting that the researchers found but it is far from the only painting on the cave walls. The system of caves nestled inside the rugged mountains is a treasure trove of ancient artwork, according to the BBC. 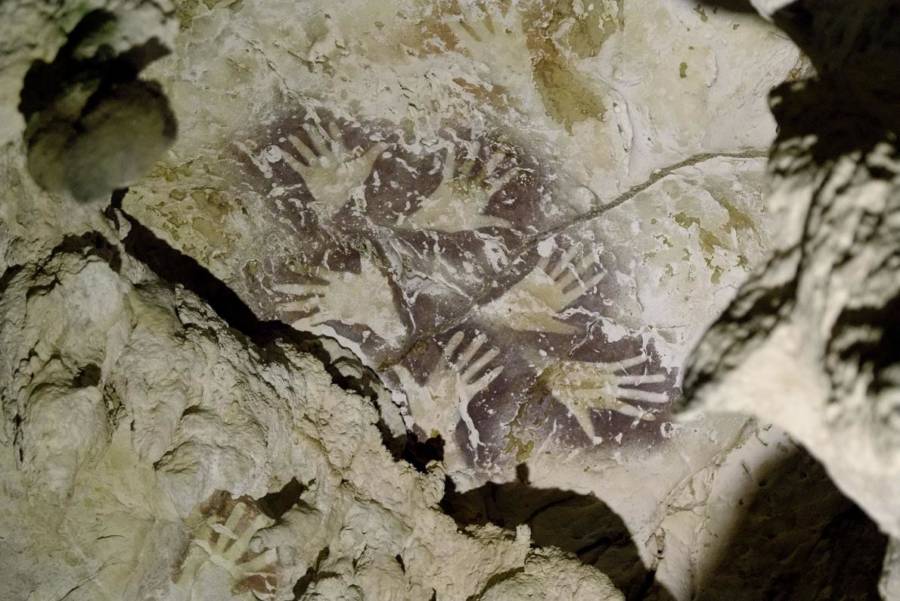 Kinez RizaMulberry-colored painted handprint outlines that cover a portion of the cave walls in Borneo.

The team also found a series of paintings in the second phase of the cave’s artworks, which dates back to somewhere between 16,000 and 21,000 years ago. These paintings were made using a purple-colored paint and show what the researchers believe are depictions of humans.

These artistic depictions of animals, handprints, and humans join a growing list of examples of artwork that show a shift in how early humans saw their surroundings and how they expressed it through their art.

“It looks like there was a transition from depicting the animal world to [depicting] the human world. And it’s interesting because I think we have the same thing in Europe,” Dr. Aubert told the BBC. 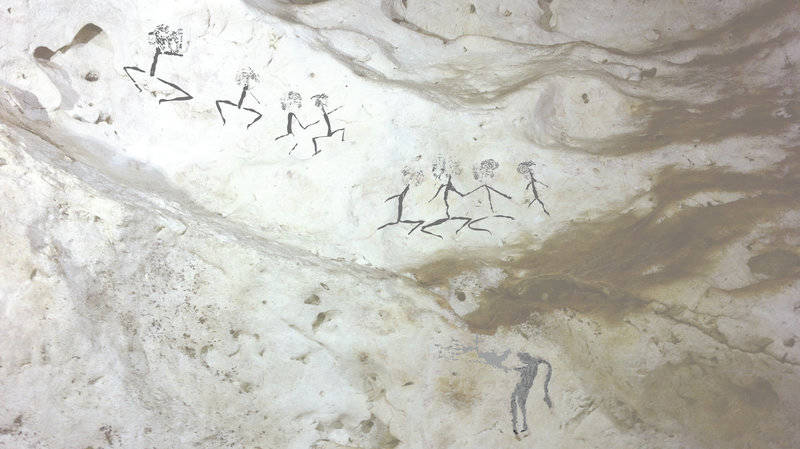 Pindi Setiawan/NaturePaintings of human figures in Borneo that could be around 20,000 years old.

The switch from ancient artwork being abstract to being figurative is hugely important in the history of human culture. According to National Geographic, these cave paintings could represent some of the first examples of what we can call human culture.

As April Nowell, a Paleolithic archaeologist at the University of Victoria, told National Geographic, “I think for a lot of us, that’s a true expression of human-ness in the broadest sense of that word.”

The cow cave art is a remarkable find and when you think about what the painting represents in regards to human culture as we know it, the discovery only becomes more groundbreaking.