New research reveals that fangblenny venom is meant to numb instead of harm predators. 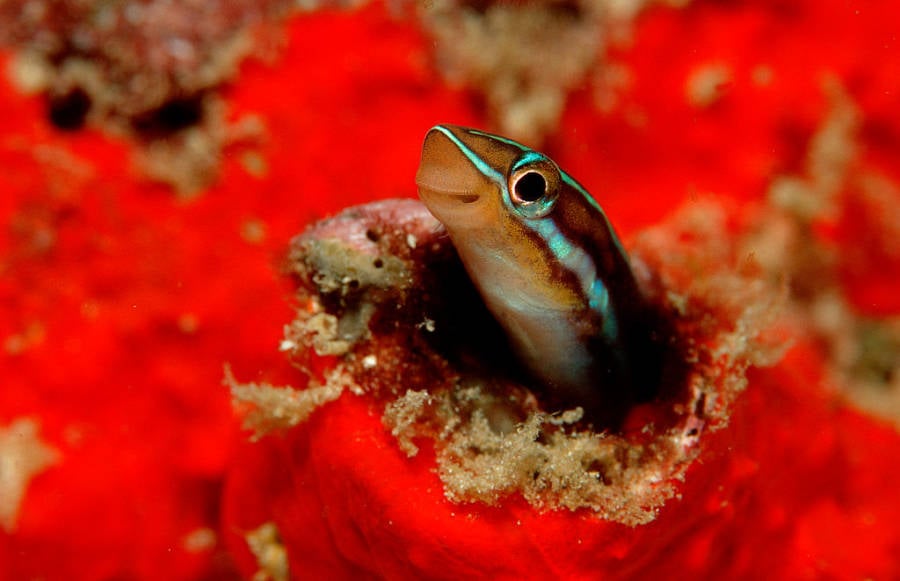 The fangblenny fish always appear to be smiling — but that’s actually just how their mouths look when they’re closed around some giant poisonous fangs.

Until recently, scientists were unsure just what kinds of powers the finger-sized fishies’ chompers possessed.

But a new paper from Current Biology reveals that the unassuming creatures actually shoot out an opiod-like venom unlike any that has ever been seen in fish before.

Though around 2,500 fish are known to be venomous, there are only two kinds with poisonous bites. The rest — like stingrays and stonefish — inject toxins with spines, fins, and spikes.

And the third, enkephalins, is made of opioid hormones whose properties are similar to the endorphins people get from going on a run or using heroin.

Does this last property mean that the fang blennies relieve pain as soon as their bites cause it?

Not quite, scientists say. In order for the juices to have that feel-good effect, they would have to actually reach the brain. And since blennies aren’t biting right into their foes’ cerebrums, it’s unlikely the endorphin-like poison ever makes it up there.

Even so, the fish’s protective tactics are notable in that their primary purpose is not to cause pain. Instead, the fish waits until a larger fish (like a grouper) swallows it. Once inside the larger fish, the blenny bites the inside of the predator’s mouth and casually swims out while its numb and slack-jawed predator floats around.

When a fangblenny fish bit a scientist conducting research, he was surprised at how little it hurt. The wound was surprisingly deep, but felt like nothing when compared to the extraordinary pain caused by other sea creatures.

Not all blennies have this injection ability — but many have evolved to resemble fang blennies in order to dissuade predators. 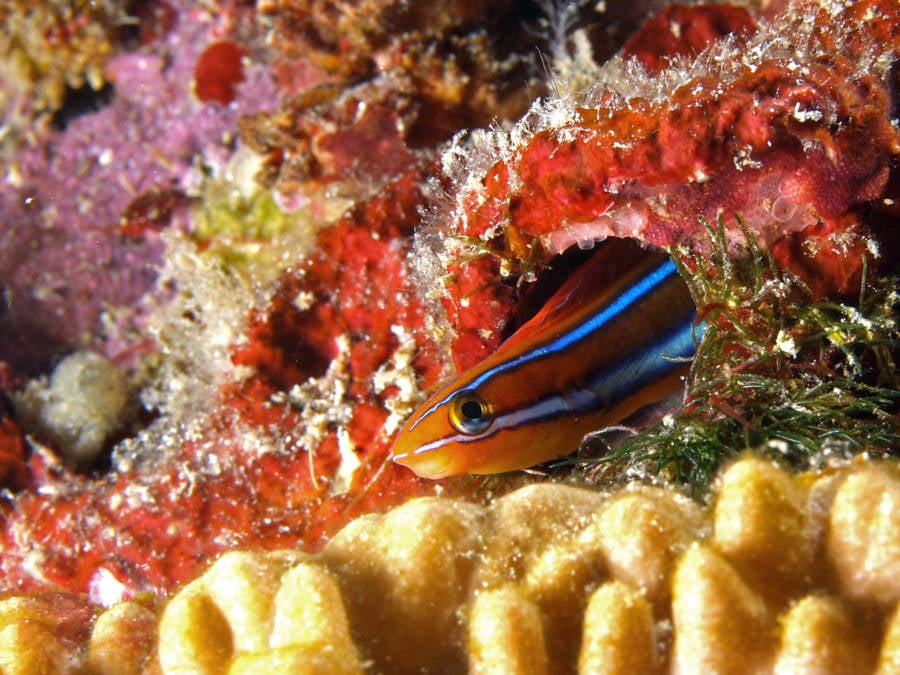 And this intricate poison strategy isn’t the only evolutionary measure the species has adopted. Another recent study on blennies discovered a bizarre tendency to frequently flee the water — flopping around on the beaches and rocks for extended periods of time to avoid the predators in the sea.

In fact, one scientist suspects that the fangblenny is evolving to become a full-time land creature.

All of this new research is part of a growing trend in which technological developments allow scientists to understand smaller and more complex venom systems.

“It allows us to go beyond the traditional snakes and scorpions and investigate species with hard-to-dissect venom ducts or small quantities of venom,” Mandë Holford, one such scientist, told The Atlantic. “It’s really an exciting time to be a venom researcher.”

Next, check out these 35 mesmerizing jellyfish facts. Then take a look at the 15 weirdest freshwater fish ever caught.