Farmer Finds Baby Seal On His Property, Miles From The Coast (VIDEO)

The newborn was roughly six miles away from major waterways. 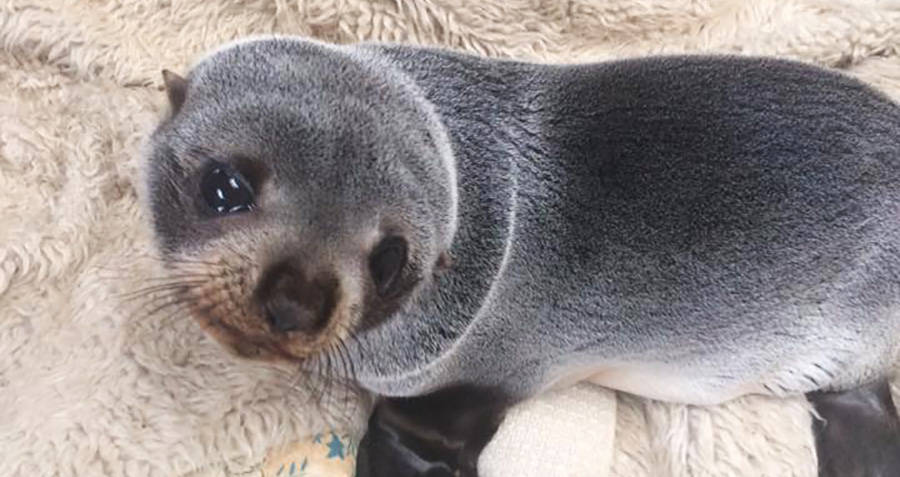 Horses, cows, sheep — these are all creatures you’d expect to see on a farm.

Which is why when Tuatapere, New Zealand, farmer Dee Knapp recently spotted a seal pup on his property — miles away from the beach — he was more than a little surprised.

“What the hell, that’s a baby seal,” Knapp says in a video documenting the discovery. Knapp later told news outlets that he had never seen anything like this before in his neighborhood, and that the pup must have traveled for days in order to arrive on his property.

According to Knapp, the seal — later identified by experts as a two-week-old kekeno (fur seal) pup — was wet and vulnerable to attack from other animals.

In light of this, even though the Department of Conservation (DOC) told him to leave the pup alone in spite of its apparent vulnerability, Knapp intervened.

“I couldn’t leave him there,” Knapp told Newshub. “I knew I gotta do the right thing.”

Thus, Knapp dried off the little guy and fed it fish before dropping the pup off at Blue Cliff beach, where he released the pup in anticipation that “natural instincts would kick in.”

On Monday, Knapp’s daughter, Marli, uploaded a video of the seal, which the family named Lou-Seal, returning to the water:

Unfortunately for Knapp, the DOC said that his instincts could slap him with a $250,000 (approximately $186,000 USD) fine, as it’s in violation of the Marine Mammals Protection Act.