These Are The Fattest States In America, According To A New Report

The fattest states also rate as among the worst for high blood pressure, high cholesterol, and type two diabetes.

In the last couple of decades, the United States has been largely associated with obesity across the world, but which states give our nation this reputation?

A new study from the personal finance website WalletHub, has ranked all 50 state, and the District of Columbia, in a number of metrics related to weight and health.

This study of the fattest states created a data set that is invaluable in understanding the health of this nation.

The states that were found to be the overall fattest, a metric based on both the percentage of obese and overweight people in the state were Mississippi, West Virginia, Tennessee, Arkansas, and Louisiana, in descending order. 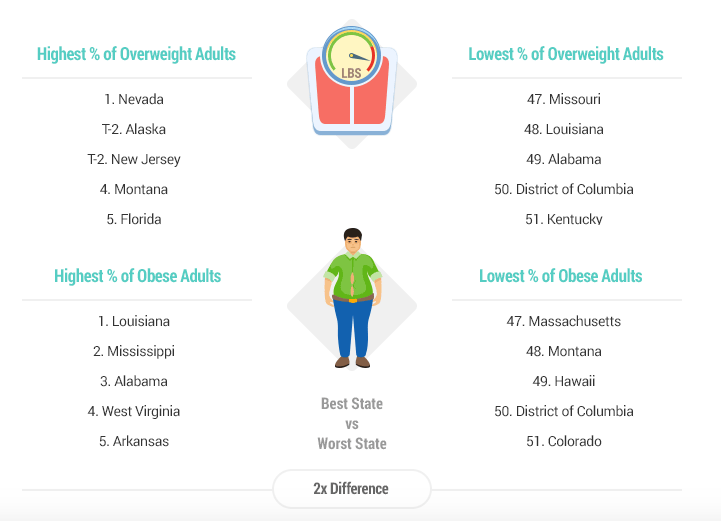 This suggests that being overweight can quickly spiral into obesity in states with some of the worst health records. 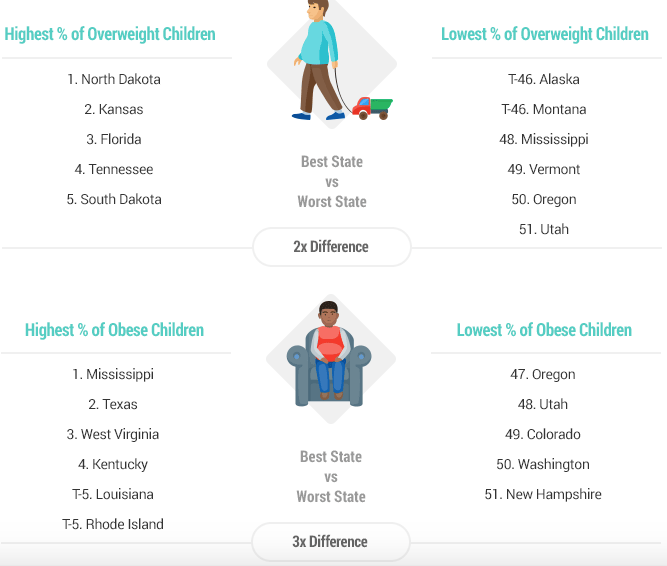 Many of these states also rate as among the worst for high blood pressure, high cholesterol, and type two diabetes.

On the other side of the spectrum, the least fat states, based on this metric, are Colorado, Massachusetts, Utah, Hawaii, and Montana.

Colorado has the lowest percentage of obese adults, and New Hampshire has the lowest for children. These states seem to foster healthier lifestyle choices in their citizens. 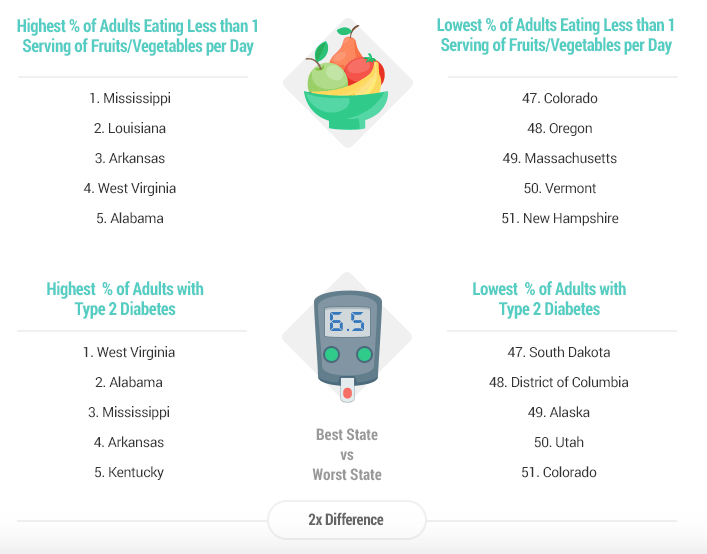 Colorado, the least fat state in the nation, has the highest number of physically active adults.

From this study, we can better understand the health problems in this nation, and see how unequally divided they are.

Hopefully, this data can be used to spur new policies that will help the U.S., and these most unhealthy states, in particular, address the obesity problems we have in this country.

Enjoy this article on the fattest states? Next, read how obesity rates are still rising in America, according to new poll. Then, check out this report that claims the United States is one of the world’s biggest global tax havens.