Photo Of The Day: See The Very First Photograph Ever Taken

Learn the surprising story behind the first photograph ever taken. You won't believe how complicated it was to create this historic image. 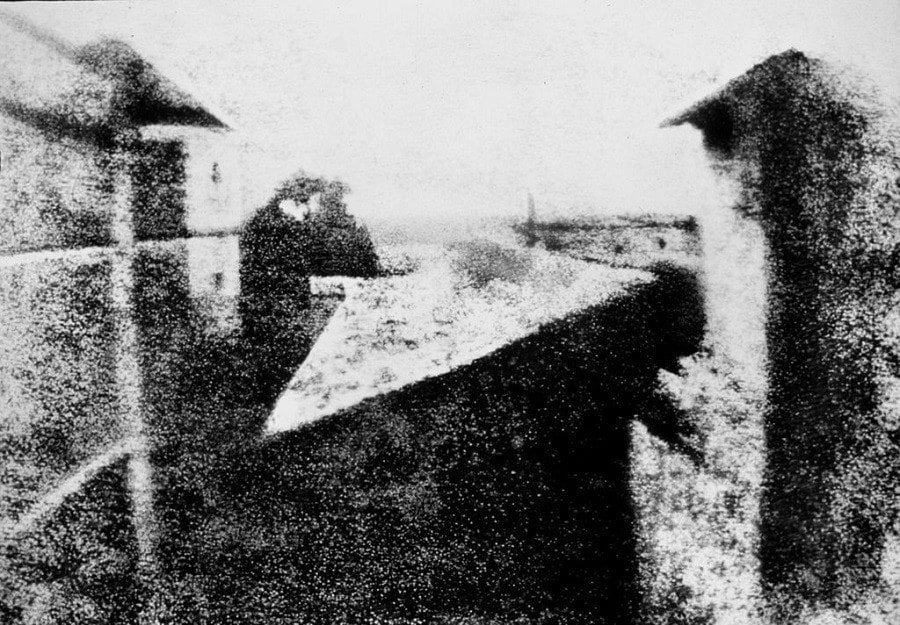 What looks at first like a rudimentary charcoal sketch or some kind of strange Rorschach test is actually one of history’s most important images: the very first photograph ever taken.

The earliest known photograph was taken by Frenchman Joseph Nicéphore Niépce in either 1826 or 1827. While it was a simple black and white whose poor quality is inconceivable in 2016, it was a technological marvel of its day.

Niépce was, as you’d guess, one of the very first pioneers of photography. Allegedly, he couldn’t draft images by hand, so he invented a process, heliography, by which he could produce an image chemically.

Heliography starts with coating a pewter plate with an ancient asphalt called bitumen of Judea. Niépce would then use a rudimentary camera to expose the plate to sunlight for as much as eight hours. Because the asphalt hardens the more it’s exposed to light, the less hard areas (those exposed to less light) would be swept away when the plate was eventually washed with an oil of lavender and white petroleum solution. Thus, the hardened areas would remain, leaving you with a photograph.

The very first photograph, “View from the Window at Le Gras,” was created on a permanent, positive-image pewter plate — meaning that it can’t be reproduced (like later images could, from their photographic negatives).

That also means that it isn’t the easiest piece of work to analyze; in fact, it’s hard to even decipher what the image is at all. The above enhanced version of the image from 1952 gives a little more insight into Niépce’s intentions. 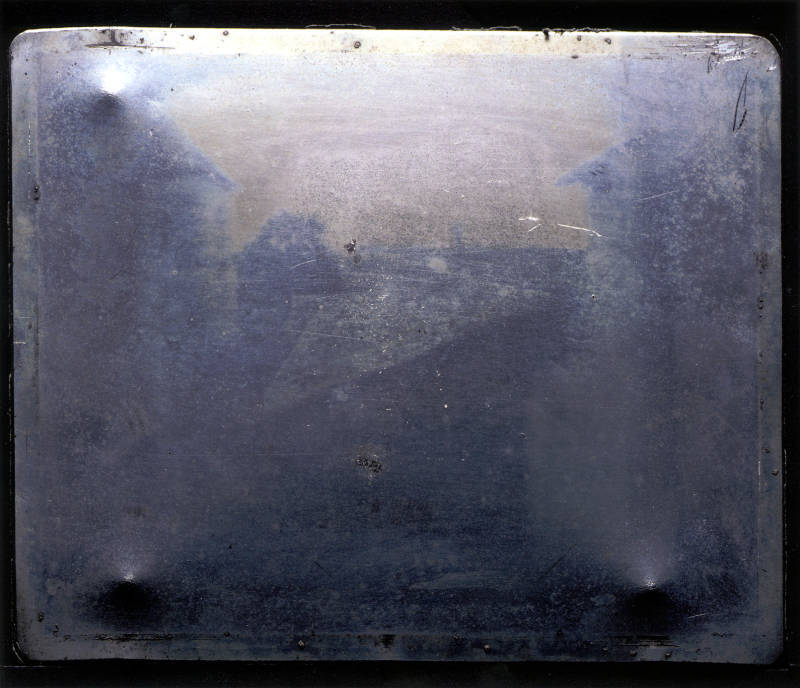 Niépce’s original pewter plate (from which the 1952 enhancement above was made). Image Source: Wikimedia Commons

Upon close inspection, “View from the Window at Le Gras” is exactly what its title suggests: the view from a window, including several buildings (foreground left, tall structure at right) and the courtyard below. The location of that window — Saône-et-Loire, Bourgogne, France — is important because Niépce’s camera needed a place where it could sit for eight hours while the exposure finalized.

Whereas today’s cameras can capture miniscule fractions of a second, it literally took a full day’s worth of sunlight to permanently capture the details in front of the lens back in the 1800s. Then again, eight hours isn’t much time at all when you’re talking about changing the world forever.

After seeing the first photograph ever taken, check out our gallery of famous influential photographs that changed the world.