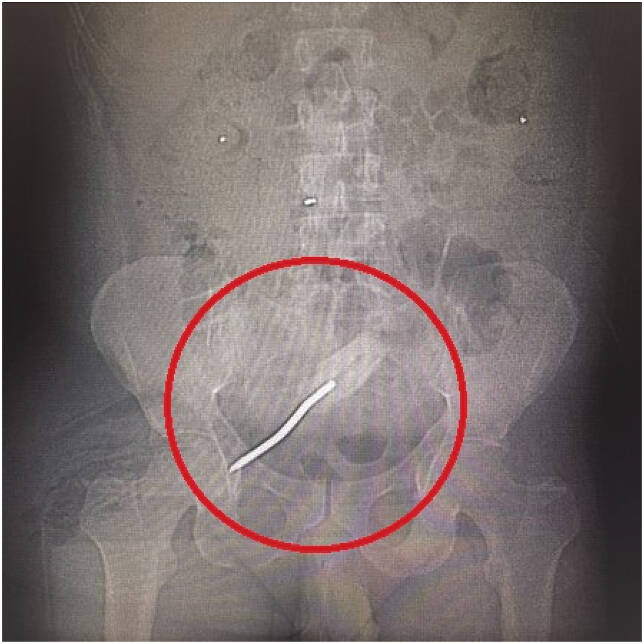 Youssef Shaban et alA CT scan showed that an anonymous Florida man had lodged a screwdriver in his rectum.

You don’t truly know what a pain in the ass means until you’ve had an eight-inch screwdriver lodged inside it. According to WFLA, that’s exactly what happened to a 46-year-old Florida man who arrived at the hospital in a state of septic shock.

The patient merely told doctors that he’d been experiencing some abdominal and pelvic pain but did not explain how or why a tool had ended up in his anus.

The man’s medical report was subsequently published in the Annals of Medicine and Surgery and it detailed how the sharp end of the tool had pierced through his large intestine. The screwdriver even penetrated part of the man’s rectum and dug into the muscle in his right buttocks.

Doctors at the Kendall Regional Medical Center in Miami initially tried to remove the screwdriver without surgery, but the extensive amount of feces and blood that accompanied this procedure made that effort utterly futile.

Doctors instead performed two surgeries that saved the man’s life, though the man did unfortunately lose a chunk of his rectum in order to prevent further infection in the process.

Additionally, part of the man’s rectum had already decayed from sepsis.

Warning: The photo below is graphic and some may find it disturbing. Viewer discretion advised. 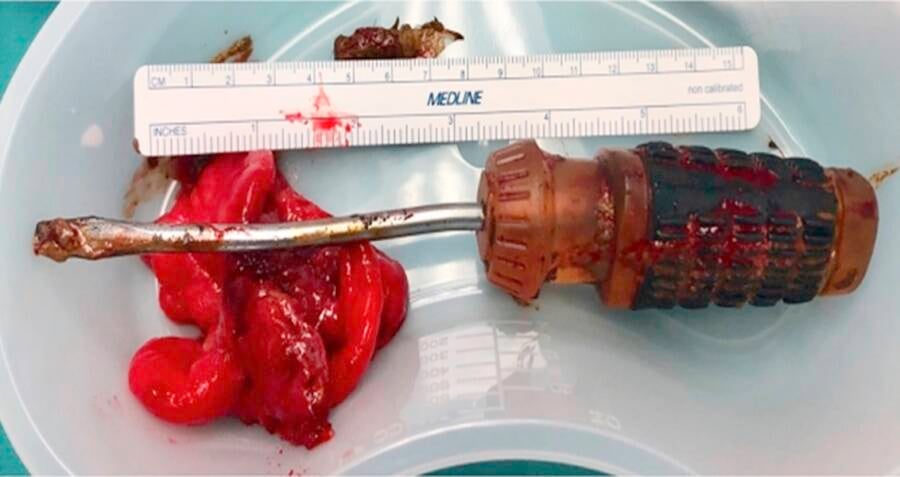 Two days after his first surgery, the man received a proximal end diverting colostomy. This would allow the patient’s stool to redirect into a bag attached to his abdomen.

The two-week follow-up showed he’d recovered well, leading to a reversal procedure the following year. In the end, only theories as to how this happened have been posited. These ranged from sexual activity to the concealing of drugs and alleviating constipation.

The patient did have a history of schizophrenia, bipolar disorder, and substance abuse — suggesting any guess from above is as good as the next.