Read It And Weep: 2019’s Funniest News Stories That Put Us In Tears

From a drunken joyride in Amish country to Russia's first-ever slapping contest, take a look back at 2019's funniest news stories. 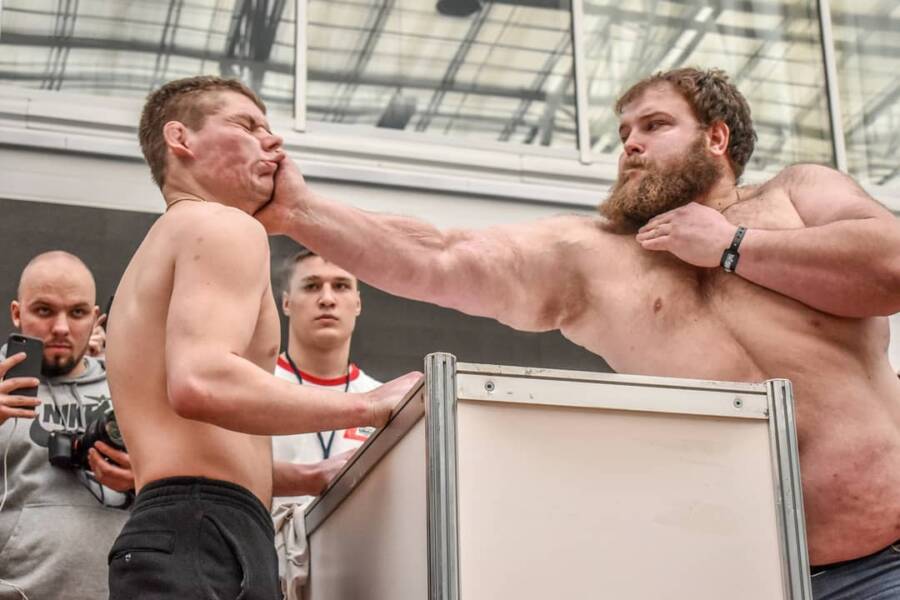 Dmitry Kotov/FacebookRussia’s competitive slapping championship joins the likes of a rats driving tiny cars and an Australian fart bullying case as the funniest news stories of 2019.

Each year brings forth its fair share of news stories that range from the serious to the tragic. Be it natural disasters or horrifying crimes, any given day’s headlines are likely to leave you shell-shocked.

But every so often, a funny news story sweeps in to break up the darkness. It might be offbeat, bizarre, or just plain hilarious, and it’ll definitely remind you that not ever headline is a serious affair.

Whether it was a home invader getting beat up the bodybuilder grandma he didn’t know was waiting inside or an Australian man taking his former boss to court for repeatedly bullying him with farts, these hilarious reports are undoubtedly the funniest news stories of 2019: 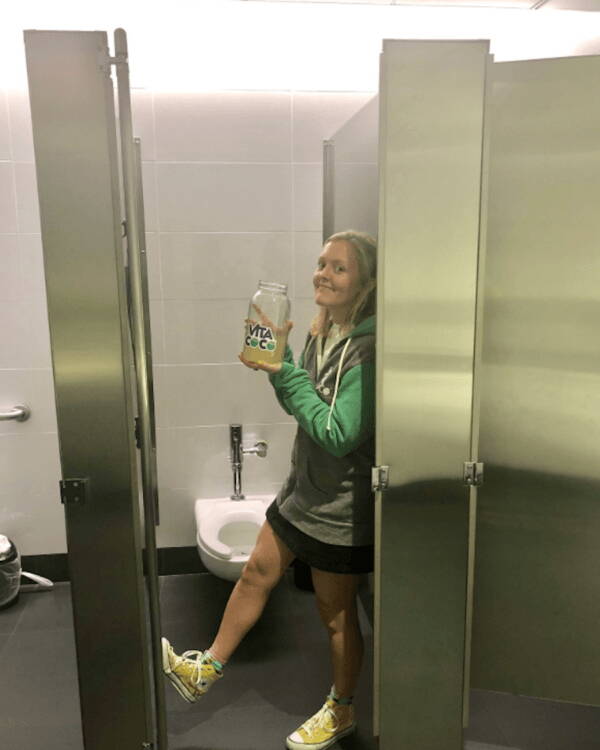 Vita Coco/TwitterVita Coco’s rep confirmed that this was, in fact, really a jar of pee.

In recent years, we’ve seen a big shift in corporate brands trying to interact with customers through social media — to varying levels of success. But nobody would have expected just how far one beverage brand would go this year.

In what can only be called an extreme PR move that made for one of the year’s funniest news stories, the coconut water brand Vita Coco tweeted a photo of a jar of human urine to one of its online critics and invited him to drink it.

It all started when amateur MMA fighter-turned-blogger Tony Posnanski tweeted out a list of his “unpopular opinions” and one of them was that he hated coconut water. “Coconut water is disgusting. Even if it is from a baby coconut,” Posnanski wrote.

Vita Coco then tweeted back: “Unpopular Opinion: there is such a thing as too many eggs,” in reference to Posnanski’s Twitter bio crediting him as the owner of an all-you-can-eat egg restaurant.

After further verbal sparring, Posnanski finally wrote, “Fuck that. Save that nasty shit for someone else. I would rather drink your social media persons piss than coconut water.”

Then the company delivered the final blow when it tweeted a photo to Posnanski of Vita Coco’s social media staffer Lane Rawlings holding a jar of yellowish liquid. The accompanying caption read simply “Address?”

The company’s stunt quickly went viral and inspired a slew of mixed responses. Some wondered whether the brand had gone too far while others found it absolutely hilarious. Many just wanted to know if it was actually real pee?

“It actually is. [Rawlings] went to the bathroom,” Vita Coco Brand Director Allison Finazzo said, adding, “I cannot confirm or deny why the pee is the color it is.”