Vaccines Could Have Prevented More Than Half Of All U.S. Child Flu Deaths, New Report Says 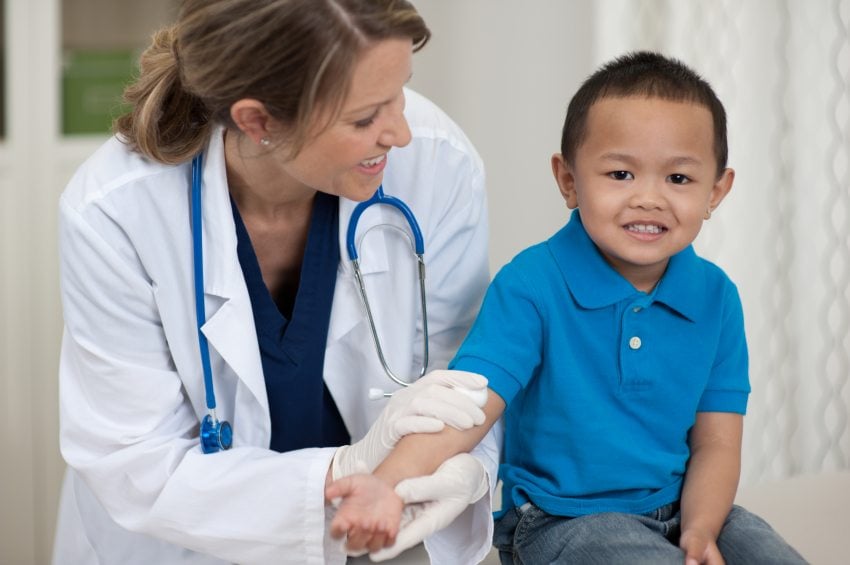 Not a lot of children die from the flu. But when they do, the U.S. Centers for Disease Control and Prevention recently concluded, it’s likely they are unvaccinated.

In a study released this week, the Center looked at 291 of those cases to come to a conclusion that deals yet another scientific blow to the persistent though unfounded anti-vaccine movement.

Only 26 percent of the children who died had received an influenza vaccine.

Normally when the flu is fatal, it’s in people who have other conditions that put them at higher risk; asthma, blood disorders, neurological disabilities, etc. 153 of the children (half of the sample group) who died had such underlying problems.

But even amongst them — those high-risk cases — only 31 percent had received the vaccine.

“Every year, CDC receives reports of children who died from the flu,” Brendan Flannery, who led the study, told NBC. “This study tells us that we can prevent more of these deaths by vaccinating more.”

They’re not saying the vaccine will always prevent fatalities. Overall, its effectiveness in deterring fatal illness was 65 percent. And that number was lower for those ““`already at high-risk to a 51 percent protection level.

“We recognize that the current vaccine is not perfect,” Dr. John Treanor, who was not involved in the study, said. “But it is substantially better than not getting vaccinated. The vaccine we have now does work but only if you use it.”

It’s understandable that the procedure isn’t a guarantee since the vaccination formula has to be reworked each year based on which strains of the flu are likely to be spreading that season. That means some years, getting the shot is more effective than others.

But it still gives children and adults a significantly smaller chance of developing the illness — and with no proven downside other than a quick prick.

Even so, less than half of all children in the United States were vaccinated against the flu during the years looked at by researchers.

This apparent lack of interest in the yearly shots could be due to three different causes, experts say: the less frightening nasal spray vaccine hasn’t been offered lately, the anti-vaccination campaigns are worrying parents, and many parents don’t realize that healthy children can — and do — die from the flu.

During this particular season, 61 children have died so far.

Looking at this research, at least half of those deaths (though likely more) could have been prevented.

Next, learn about the bizarre way the smallpox vaccine first arrived in America. Then, check out our story on when heroin was considered by doctors to be “God’s own medicine.”