The mysterious Flying Dutchman has been spotted at sea since the late 1700s. However, there's more science than ghosts at work.

The legend of the Flying Dutchman goes back to the late 18th century when sailors allegedly saw a ghost ship that foretold imminent doom or disaster. Reports of a spectral ship persisted for the next 250 years despite there being no definitive proof that the ghost ship exists.

The first written accounts of the Flying Dutchman date back to the late 1700s, although stories began to circulate near the Cape of Good Hope. Ships used this common route to go from Europe to Asia, and one ship in particular didn’t fare so well on the journey. 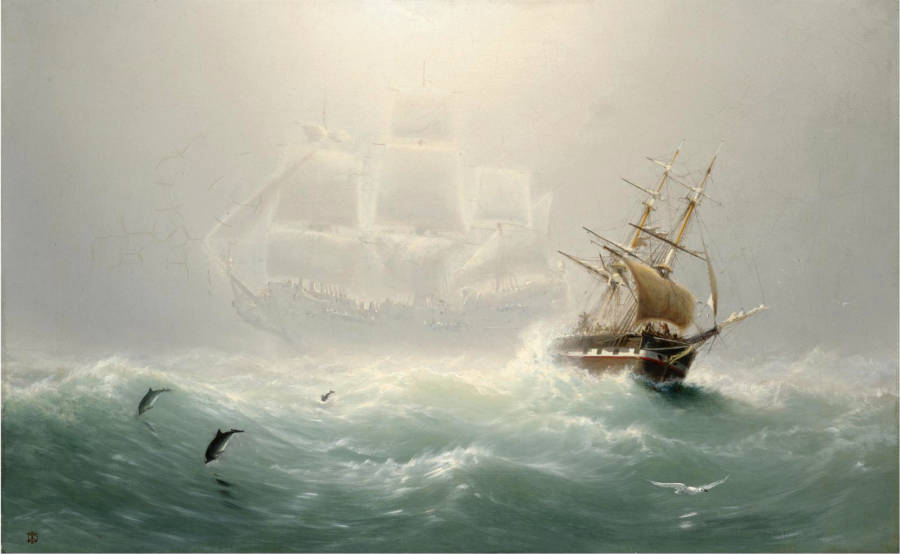 Captain Hendrick van der Decken, AKA The Dutchman, departed Amsterdam for the far East Indies and loaded his ship with spices, silks, and dyes to sell back in the Netherlands. After making some repairs to his vessel, van der Decken set about a return course to Amsterdam in 1641.

When his ship rounded the Cape of Good Hope, a storm suddenly came upon the intrepid crew. They begged their captain to reverse course, but he ordered them to keep moving into the gale. Some believe van der Decken was mad while others said he was drunk.

As he refused to turn his ship around, the vessel sank to the bottom of the ocean. From this came the story and curse of the Flying Dutchman.

Written literature in 1790 and 1795 tell of a ghost ship that appeared in stormy weather. However, it wasn’t until an opera in 1843 that the Flying Dutchman truly became a legend. Richard Wagner’s “The Flying Dutchman” opera states that the cursed Dutchman is eternally damned for flying through the storm. As such, van der Decken’s ship and crew now roam the seas as a ghost ship with an ethereal crew. 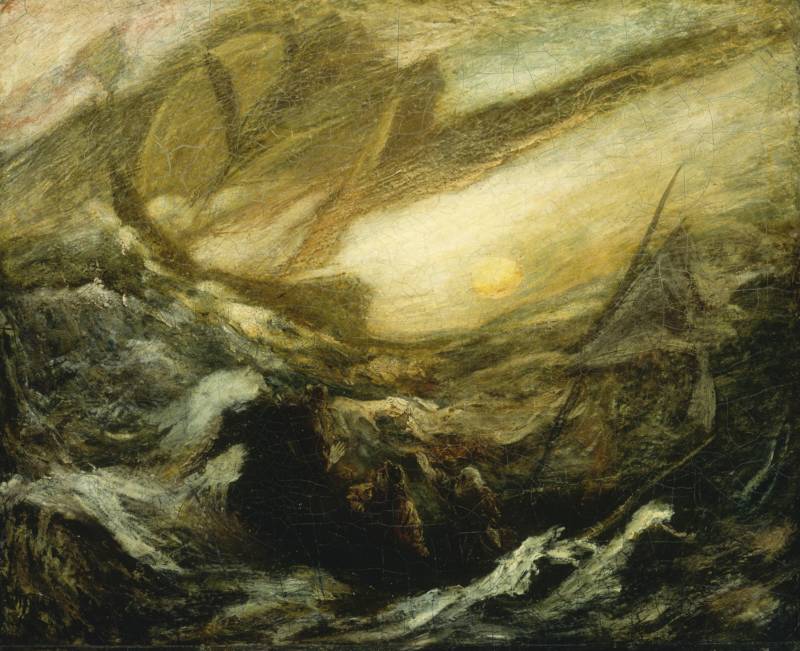 Another origin story points to Captain Bernard Fokke or Falkenberg who sailed for the Dutch East India Company. He was able to sail from Amsterdam to Indonesia in just three months, which led many sailors to speculate that he had traded his soul for amazing speed during a game of dice with the devil. That story served as imagery for Samuel Taylor Coleridge’s Rime of the Ancient Mariner in 1798.

The legend doesn’t stop with the musical story nor the Coleridge poem.

The most interesting written account of the Flying Dutchman comes from Prince George, the future King George V, on July 11, 1881. He and his older brother Prince Albert Victor were sailing near Australia as part of a three-year journey aboard the HMS Bacchante.

The crew reported the Flying Dutchman as it appeared in a glowing red light at 4 AM. When the Bacchante approached the spot where the ship was first seen, there was no trace of the vessel even though the night was clear. After the sighting, the crewman who first spotted the ghostly ship fell to his death off the topmast. This only gave credence to the legend in the eyes of the crew. 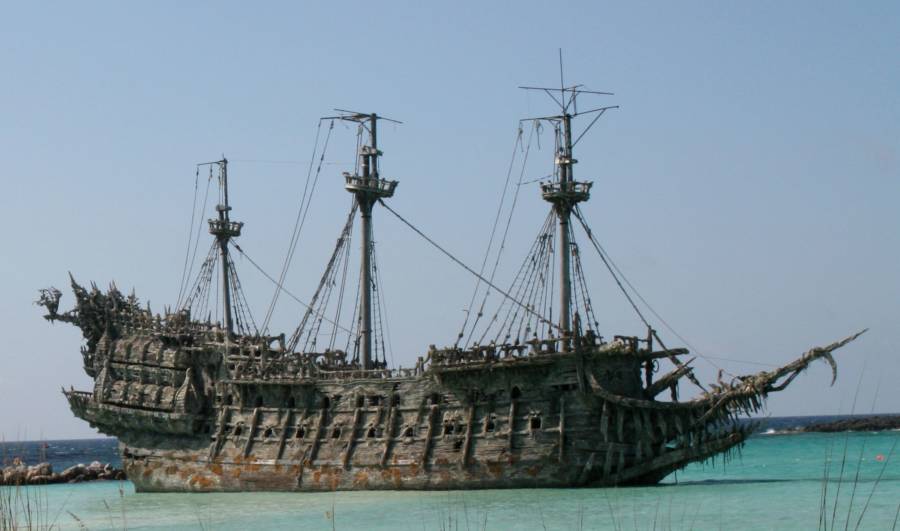 Wikimedia CommonsThe Flying Dutchman prop and set from Pirates of the Caribbean.

In 1939, residents of Cape Town, South Africa, claimed to see a vessel under full sail before it suddenly disappeared. During World War II, a German submarine crew supposedly saw a ghost ship in the Suez Canal. British writer Nicholas Monsarrat also spotted something akin to the Flying Dutchman during his time with the Royal Navy in World War II.

All of these sightings have a possible scientific explanation called fata morgana. This phenomenon occurs when light refracts and bend through different temperatures of air.

The surface of the ocean is the perfect medium for this anomaly to happen. This is especially true if someone sees a shimmery mirage along the horizon. Someone might also witness this along a hot asphalt road as heat waves rise from the surface. During this phenomenon, shapes form in the distance due to plays of light.

In terms of the Flying Dutchman, fata morgana shows ships that are actually beyond the horizon. That’s because light bends around the curve of the Earth in just the right way. By the time the sailors who witness the phenomenon get to the spot where they saw the ship, it’s gone.

This scientific phenomena obviously played tricks on the minds of sailors. Perhaps they thought they were seeing double or witnessing a ghostly, ethereal form.

The fact that ghostly apparitions at sea purportedly caused sailors to go bonkers and then die is a pure coincidence. Perhaps the bad luck or sudden deaths were psychosomatic. In other words, sailors died upon seeing something they couldn’t explain.

How cruelly ironic. If sailors had just kept their wits about them, they would still be alive. But then there would be no legend of the Flying Dutchman. Plus, Pirates of the Caribbean would need different plot points.

After learning about the mystery of the Flying Dutchamn, learn about the creepiest ghost ships ever found on the high seas. Then read about Ching Shih, a Chinese prostitute turned pirate who controlled 80,000 ships.