The Rise And Fall (And Rise Again) Of Frances Farmer

The life of actress Frances Farmer has been subject to dramatic fictionalization. But the truth of her life is much darker.

In 1935, Seattle native Frances Farmer made an incredibly consequential decision: The 22-year-old moved to New York, where she hoped to launch her theater career. While more interested in stage acting, Farmer ended up signing a seven-year contract with Paramount Pictures, and from 1936 to 1958 appeared in 15 films alongside stars like Bing Crosby and Cary Grant.

She still wanted to be taken seriously as an actress, however, and thus traveled to upstate New York to participate in summer stock, where she caught the attention of playwright and director Clifford Odets.

He offered her a part in his play, Golden Boy. Reviewers on the play’s national tour praised Farmer, and she continued to work in the theater, spending only a few months out of the year in Los Angeles making movies.

In 1942, however, Farmer’s life began to fall apart. In June, she and her first husband divorced. Next, after refusing to take a role in Take A Letter, Darling, Paramount suspended her contract. On October 19, Farmer was arrested for driving drunk with the car’s headlights on during a wartime blackout.

Police fined Farmer $500, and the judge forbade her from drinking. But Farmer still hadn’t paid the rest of her fine by 1943, and on January 6, a judge issued a warrant for her arrest. On January 14, police tracked her down at the Knickerbocker Hotel — where she had been sleeping naked and drunk — and forced her to surrender to police custody.

According to the Evening Independent, Farmer admitted she had been drinking “everything I could get my hands on, including Benzedrine.” The judge sentenced her to 180 days in jail.

She “floored a matron, bruised an officer, and suffered some rufflement on her own part,” when police refused to let her use a telephone after her sentencing. Matrons then had to remove Farmer’s shoes as they carried her off to her cell, to prevent injury as she kicked them. 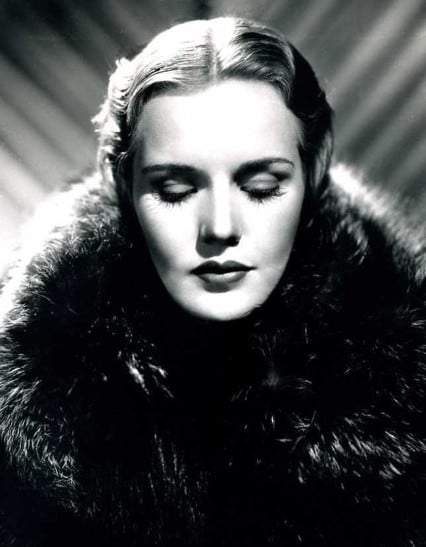 Farmer’s sister-in-law, who was present at the sentencing, decided that committing Farmer to a psychiatric hospital would be preferable to imprisonment. Thus Farmer was transferred to California’s Kimball Sanitarium, where she spent nine months.

Farmer’s mother, Lillian, then traveled to Los Angeles, where a judge awarded her guardianship over Farmer. The two returned to Seattle. Things didn’t get much better for Farmer: On March 24, 1944, Lillian had her daughter committed yet again, this time to Western State Hospital. Farmer was released three months later, supposedly cured.

Her freedom was short lived. Farmer’s mother sent her back to the hospital in May 1945, and though she was paroled briefly in 1946, Farmer would remain institutionalized at Western State Hospital for almost five more years. 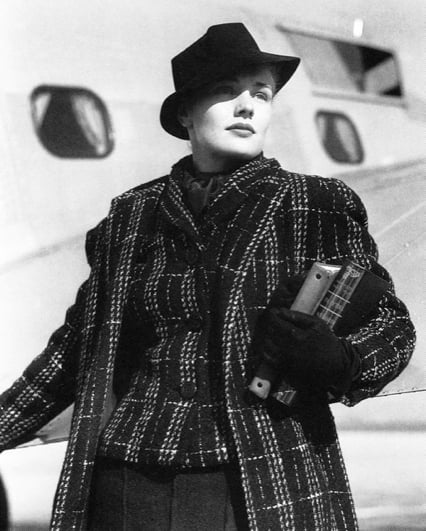 It was Farmer’s time here — and author William Arnold’s 1978 book on it, Shadowland — that contributed most to her enduring legacy, however factually flawed. In the book, which Arnold claimed was a biography, he writes that Western State doctors performed a lobotomy on Farmer.

But in a 1983 court case over copyright infringement related to the book’s film adaptation, Arnold admitted that he made the story up, and the presiding judge ruled that “portions of the book were fabricated by Arnold from whole cloth despite the subsequent release of the book as nonfiction.”

But the damage was done. Frances, the film adaptation starring Jessica Lange, included Farmer’s lobotomy. Fiction, for all intents and purposes, became fact.

The Truth Of Frances Farmer’s Life

The less lurid version of the tale went relatively unnoticed. Three years before the film, Farmer’s sister, Edith Elliot, wrote her own account of her famous sibling’s life in the self-published book, Look Back In Love. In it, Elliot wrote that their father visited Western State Hospital in 1947, just in time to stop the lobotomy. According to Elliot, he wrote that “if they tried any of their guinea pig operations on her, they would have a danged big lawsuit on their hands.”

That’s not to say that Frances Farmer suffered no abuse at the hospital. In her posthumously published autobiography, Will There Really Be A Morning?, Farmer wrote that she was “raped by orderlies, gnawed on by rats and poisoned by tainted food…chained in padded cells, strapped into strait jackets and half drowned in ice baths.”

But even knowing the truth of Farmer’s own account of her life is difficult. First off, Farmer didn’t finish the book — her close friend, Jean Ratcliffe, did. And it could very well have been the case that Ratcliffe embellished parts of the book to fulfill the requirements of the publisher, who had given Farmer a large advance before her death. Indeed, a 1983 newspaper report claimed that Ratcliffe intentionally made the story more dramatic in hopes of securing a movie deal.

Whatever the truth was, on March 25, 1950, Farmer was released from Western State Hospital, this time for good. That should be the end of the story. But Farmer wasn’t finished yet.

Believing that her mother might institutionalize her again, Farmer moved to have Lillian’s guardianship removed. In 1953, a judge agreed that she could indeed take care of herself, and legally restored her competency.

After her parents’ deaths, Farmer moved to Eureka, California where she became a bookkeeper. She connected with television executive Leland Mikesell (whom she would eventually marry and later divorce), who convinced her to return to television.

In 1957, Farmer moved to San Francisco with the help of Mikesell and began her comeback tour. She appeared on The Ed Sullivan Show, later telling one newspaper that she had finally “come out of all this a stronger person. I won the fight to control myself.”

Frances Farmer appearing in an infamous 1958 broadcast of the This Is Your Life talk show as part of her comeback tour.

Still intent on becoming a stage actress, Frances Farmer returned to the theater, and even made another movie. An opportunity to continue working in the theater took her to Indianapolis, where an NBC affiliate offered her the opportunity to host a daily series that showcased vintage films, and she accepted.

In a 1962 letter to her sister, Farmer penned that she had “enjoyed the last few weeks so much in quiet and settled way, and I do think I’ve never felt better in my life.” But Farmer still struggled with alcohol abuse, and after a couple of DUI citations and a drunk on-camera appearance, Farmer was fired.

Not to be deterred, Farmer kept acting, this time taking several roles in productions at Purdue University, where she served as actress-in-residence. In her autobiography, Farmer recalls those Purdue productions as some of the best and most fulfilling work of her career:

“[T]here was a long silent pause as I stood there, followed by the most thunderous applause of my career. [The audience] swept the scandal under the rug with their ovation…my finest and final performance. I knew I would never need to act onstage again.”

She virtually never would. In 1970, Farmer was diagnosed with esophageal cancer and died in August of that year at the age of 57. Her story, equal parts true despair and devastating myth, would endure. Indeed, Frances Farmer’s life would inspire the songs of Kurt Cobain, whose own struggles in some ways resembled those of Hollywood’s fallen angel.

If you were intrigured by the story of Frances Farmer, check out these vintage Hollywood photos. Then, read about the true story behind the Lizzie Borden murders.