Ever since he discovered music created by concentration camp prisoners in 1988, Francesco Lotoro has been working tirelessly to revive every single musical note left behind. 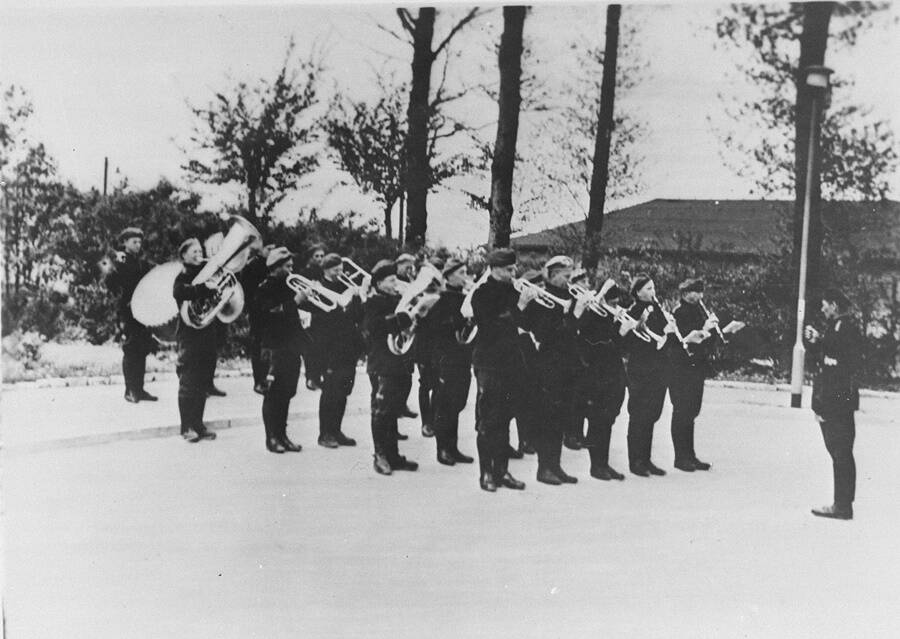 The horrors of the Holocaust make it unimaginable to think anything joyous took place inside its death camps, where millions of Jews and others were systemically murdered by Nazis.

But music was a saving grace for many who slaved away inside the wretched camps. Musicologist Francesco Lotoro has dedicated his life to retrieve those lost sounds and bring them to life. 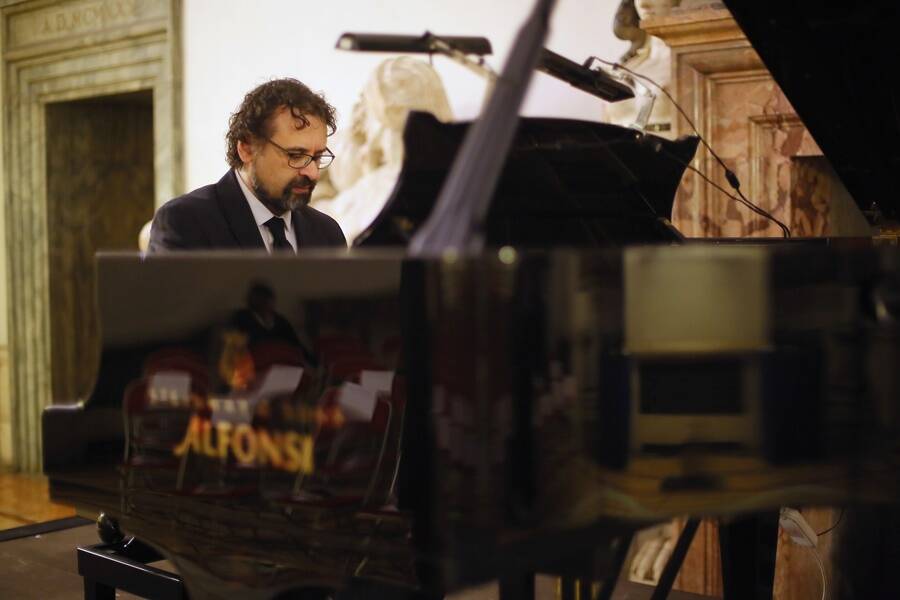 In 1988, musician Francesco Lotoro discovered what only few know today: that Nazi prisoners inside the concentration camps made beautiful music during their captivity. Prisoners with musical talents were recruited into the camp orchestras to play music for the prisoners’ activities.

Lotoro, who converted to Judaism in 2004 then later found out that his great-grandfather had been Jewish, learned this from the remnants of the Theresienstadt concentration camp in Czechoslovakia.

For three and a half years, Nazis used Theresienstadt as a propaganda tool. Prisoners at Theresienstadt were given freedom to stage shows and performances, which were recorded and published by the Germans to give the false appearance that they were treating prisoners humanely.

But camp orchestras didn’t only exist at Theresienstadt. The notorious Auschwitz concentration camp — where an estimated one million Jewish prisoners were killed — had orchestras as well. Some of the tunes have survived in archival recordings of the Holocaust. 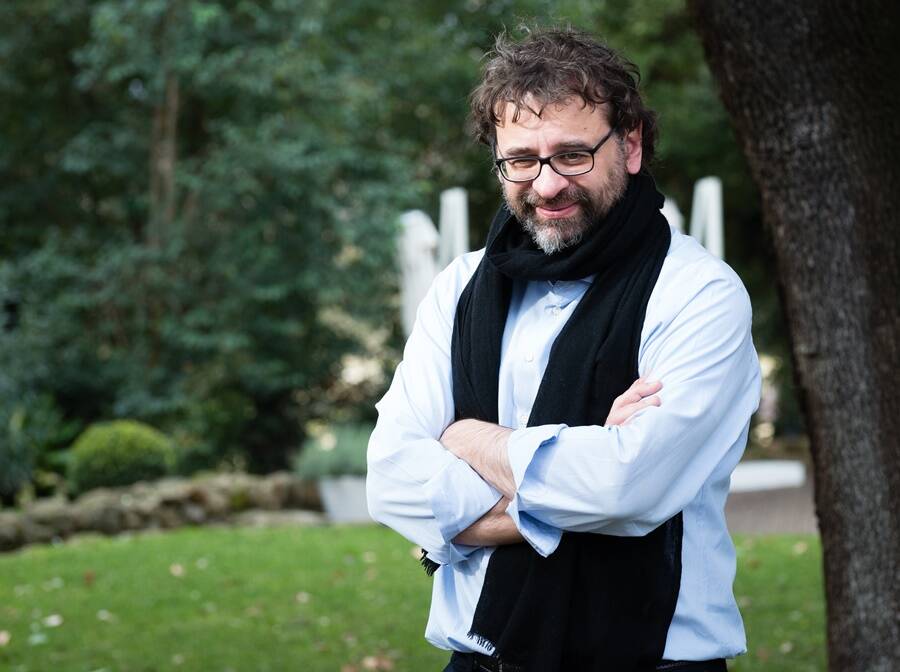 Getty Images Francesco Lotoro’s work was depicted in the 2017 documentary ‘The Maestro.’

For 30 years, Lotoro has amassed a music collection like no other, composed of nearly-lost symphonies created by Nazi prisoners under the most wretched circumstances. Lotoro’s musical rescue mission has pushed him to travel around the world to meet with the surviving families of the prisoners who have inherited their musical notes.

The music is usually etched on random materials prisoners could get their hands on — toilet paper, food wraps, and even potato sacks. Among his vast collection is a composition made by an inmate who used charcoal given to him as dysentery medicine and toilet paper to write down his music.

“When you lost freedom, toilet paper and coal can be freedom,” Lotoro said.

Lotoro has collected and catalogued more than 8,000 pieces of music of incredible variety, from operas and symphonies to folk tunes.

A piece written by Auschwitz composer Jozef Kropinski titled ‘Rezygnacia,’ which translates to English as ‘Resignation.’

Some of the music recovered includes melodies that were not yet completed by their captive composers, so Lotoro works to help finish and transform them into performable pieces.

With help from his wife, Grazia, who works at the local post office to support their family, Lotoro has arranged and recorded 400 musical pieces that were written inside the camps.

A selection of the completed compositions was released in 2012 in a box set of 24 CDs titled Encyclopedia of Music Composed in Concentration Camps. Of course, it took a lot of work to put this together.

“There are children who have inherited all the paper material from their dad who survived the camp and stored it. When I recovered it, it was literally infested with paper worms,” Lotoro explained. “So before taking it, a clean-up operation was required, a de-infestation.”

Among the pieces he’s brought back to life are the compositions of Jozef Kropinski, who was caught by the Nazis working for the Polish resistance. Kropinski became the first violinist in the men’s orchestra at Auschwitz.

“What happened in the camps is more than an artistic phenomena. We have to think of this music as a last testament. We have to perform this music like Beethoven, Mahler, Schumann. These musicians, for me, wanted only one desire: that this music can be performed.”

Kropinksi wrote in the pathology lab at night — the same one where the Nazis dismembered prisoners’ bodies during the day. During his four years of imprisonment at Auschwitz and later at Buchenwald, he wrote love songs, tangos, and even an opera.

When the camp was evacuated, he managed to smuggle out hundreds of musical compositions during the camp’s death march. About 117 compositions survived.

“It was a very personal feeling,” his son Waldemar Kropinski said of the resurrection of his father’s music. “Even today, although I know these pieces, I go back and listen to them often, and every time I hear them, I cry.”

The Power Of Music

Anita Lasker-Wallfisch is one of the only surviving members of the women’s orchestra at Auschwitz.

Nobody knows the power of music more than Anita Lasker-Wallfisch, a former cellist in Auschwitz’s women’s orchestra and one of the group’s last surviving members. After being separated from her parents, Lasker-Wallfisch arrived at the death camp about a year later. She was only 18.

Because of her skills as a cellist, she was put into the camp’s women’s orchestra. Under the leadership of violinist Alma Rose, Lasker-Wallfisch and the other musicians were assigned to play for the camp’s activities. This included concerts on Sundays for both the SS guards and the prisoners.

“For some people it was an insult and for some people it was, you know, you could dream yourself out for five seconds of this hell,” Lasker-Wallfisch, now 94, told CBS News. She has no doubt that being musically inclined saved her from a much worse fate inside the camp.

The incredible influence of the melodies made by prisoners is what Francesco Lotoro hopes to capture. His tireless efforts to rebuild and save music left behind by the camp prisoners was captured in the 2017 documentary The Maestro.

“This is all we have about life in the camp. Life disappeared,” Lotoro said. “For me, music is the life that remained.” In spring, he will perform some of the resurrected pieces at a concert to mark the 75th anniversary of the liberation of the camps.

He is also in the midst of bringing his project to the next level with the construction of a citadel to house the music collection in his hometown of Barletta. Thanks to a generous grant from the Italian government, Francesco Lotoro hopes to break ground at the new facility in February 2020.

Now that you’ve read the incredible work of Francesco Lotoro to preserve music made by Holocaust victims, learn the remarkable true tale of Simon Wiesenthal, the badass Holocaust survivor-turned-Nazi hunter. Next, delve inside the horrific Jewish ghettos of the Holocaust.