After Years Of Ridicule, The Village Of ‘Fucking’ Changes Its Name — To ‘Fugging’

The village's unintentionally profane name has brought unwanted attention to its population of 100 residents over the years. 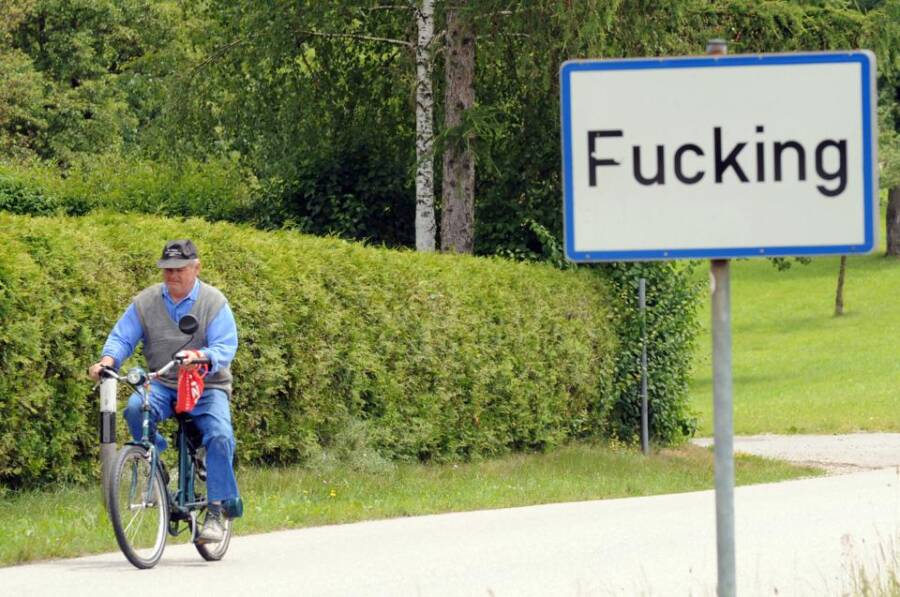 AFP via Getty ImagesThe Austrian village of Fucking will be known as Fugging beginning in January 2021.

Language is a funny thing, as words and their meanings change over time. This has caused some embarrassment for one small village in Austria, which recently announced it’s changing its long-time name from “Fucking Village” to “Fugging.”

According to the Guardian, the European village located 215 miles from the capital city of Vienna has decided to take up the new name after years of unwanted derision. The decision came during a municipal council meeting at the end of November 2020 which established that the village will be called “Fugging” starting in January 2021.

“I can confirm that the village is being renamed,” said Andrea Holzner, the mayor of Tarsdorf, the municipality where the village is located. “I really don’t want to say anything more – we’ve had enough media frenzy about this in the past.”

Indeed, the unwanted attention that the village received due to its distinct name is what brought about the change in the first place, according to the Austrian news outlet Die Presse. The Fuckingers, as the locals were previously called, “have had enough of visitors and their bad jokes” the paper noted. 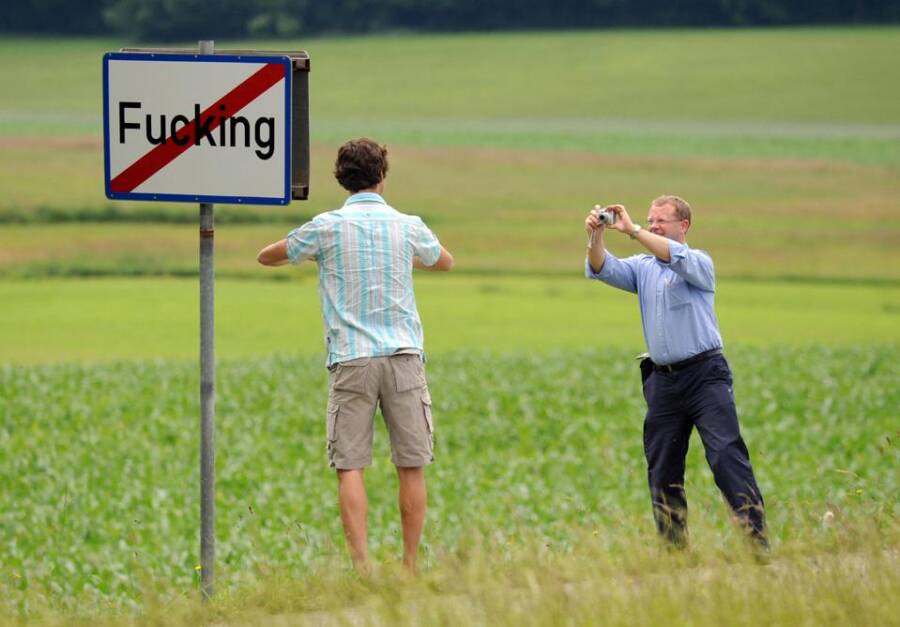 AFP via Getty ImagesTourists have been posing at the village sign since it became famous.

But how did this sleepy village of 100 residents get its awkward name? The origins of the name and of the village itself are uncertain.

At least one map from 1825 shows the village with its name spelled “Fuking” instead of the profane spelling it has become famous for.

The village had successfully stayed under the radar until 2011 when Austrian novelist Kurt Palm published his book Bad Fucking which used the relatively unknown town as a backdrop. The novel was subsequently turned into a feature film of the same name two years later, bringing a wave of unwanted attention to the village.

The advent of social media didn’t help the villagers escape the torrent of unwanted attention either. With increasing travel, the village received a growing number of tourists, including many English-speakers who found the town’s name hilariously inappropriate.

The village became famous as the backdrop of the novel and subsequent film Bad Fucking.

A sign outside of the village limits bearing the name “Fucking” is said to be a popular photo-op spot for visiting tourists.

The village became so famous that there have been instances of people stealing their town sign. The council later reinforced the sign using anti-theft concrete. But the village of Fucking is hardly the last place on Earth with a preposterous-sounding name.

According to this map of “the rudest place names in the world,” Fucking village has quite a bit of competition. The map, created by British mapmaking company Strumpshaw, Tincleton & Giggleswick, shows 280 towns, villages, roads, and even lakes bearing what would be considered the rudest names in the English-speaking world.

“It [the map] could’ve taken much longer to research but we were just looking for the funniest and rudest 200-300 places,” said company founder Humphrey Butler. “And when your day job involves looking for rude words on maps, the time passes quite quickly.”

In Australia, a few place names that might make readers giggle include Pisspot Creek, Lovely Bottom, and Shaggery Gully. The U.S. isn’t short of embarrassing names, either, with real places like New Erection, Horneytown, and Lake Titsworth.

As for the newly-named Fugging Village, let’s hope this change will give the residents some peace once and for all.

Now that you’ve become familiar with the village of Fucking (soon-to-be Fugging), read about the town of Hell located in Michigan state. Then, learn about the Ohio landmarks dedicated to a pioneer family named Hitler.