On July 9, 1993, Toronto lawyer Garry Hoy was doing his favorite party trick: hurling himself at his office's windows to show their strength. But this time, his stunt failed. 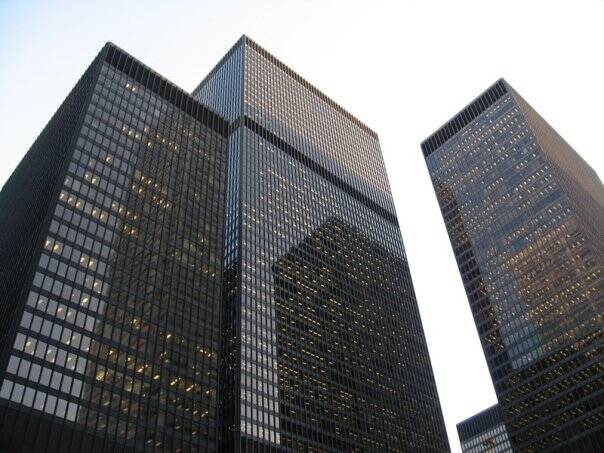 Garry Hoy was fascinated by the physical robustness of modern architecture. So much so, that he regularly performed a party trick in which he would throw his full bodyweight against the windows of his office building to prove just how strong they were.

As it turns out, he should not have been so confident.

Who Was Garry Hoy?

To learn the circumstances of Garry Hoy’s death, one might initially get the impression that he was either stupid, under the influence of drugs or alcohol, or perhaps even suicidal.

The truth is that Hoy was none of those things. Granted, he could be described as reckless or lacking in common sense, but he was no idiot.

A successful and respected corporate and securities lawyer at the Toronto-based law firm Holden Day Wilson, the 38-year-old Hoy had a lot going for himself. He was described by managing partner Peter Lauwers as “one of the best and brightest” lawyers at the firm.

On the 24th floor of the Toronto-Dominion Bank Tower building is where the unbelievable story of Garry Hoy begins and ultimately ends. The tale has been heavily scrutinized online, but what happened is quite straightforward.

If you’ve never come across accidental self-defenestration as a cause of death, that’s no surprise. Usually when people jump out of a window, it’s intentional. But not in the case of Garry Hoy.

On July 9, 1993, a reception was held for law students interested in apprenticeships at Holden Day Wilson. Garry Hoy was giving a tour and decided to demonstrate his favorite party trick: throwing himself against the windows of the Toronto-Dominion Bank Tower so the students could see just how resilient the glass was.

Garry Hoy’s death was the subject of an early Mythbusters segment.

Hoy had performed the stunt to audiences countless times before. As well as demonstrating the strength of the windows, it was clear that he enjoyed showing off a bit.

The first time Hoy body-slammed the window that day, he bounced off as he had every other time. But then he threw himself at the window a second time. What occurred next happened all too quickly and no doubt left everyone in the room utterly horrified.

Instead of bouncing off the window as he had the first time, Hoy went straight through, plunging 24 stories down toward the building courtyard below. The fall killed him instantly.

The glass didn’t shatter immediately, but rather popped out of its frame. It quickly became clear to police who arrived on the scene that Garry Hoy’s death was the result of a tragic freak accident.

“[Hoy] was showing his knowledge of the tensile strength of window glass and presumably the glass gave way,” said one Toronto police officer. “I know the frame and the blinds are still there.”

“I don’t know of any building code in the world that would allow a 160-pound man to run up against a glass and withstand it,” structural engineer Bob Greer told the Toronto Star.

Garry Hoy’s freakish death earned him quite the reputation. His online presence includes a Wikipedia entry, a Snopes article, and a host of Reddit threads (“Oh Garry Hoy. Still one of the weirdest Toronto stories that people think is a myth,” reads one).

His death was also lampooned in the 2006 film The Darwin Awards starring Joseph Fiennes and Winona Ryder.

Alessandro Nivola’s ‘Ad Exec’ accidentally bursts out of an office tower window in The Darwin Awards.

Hoy’s death was also featured in the television show 1,000 Ways to Die and was explored in the second-ever episode of the beloved Discovery Channel series Mythbusters.

Hoy’s tragic death also possibly sealed the fate of Holden Day Wilson. In the course of three years, there was a mass exodus from the firm; more than 30 lawyers left after the trauma of losing one of their own.

In 1996, Holden Day Wilson officially closed due to issues surrounding unpaid bills and compensation. At the time, it was perhaps the most infamous law firm failure in Canadian history.

While Hoy’s death is often made light of due to its ridiculous circumstances, it does not change the fact that a man lost his life. What’s even more gut-wrenching is how avoidable his death was.

Hugh Kelly, a colleague of Hoy’s, described him as, “a superb lawyer and one of the most personable people you could ever meet. He’ll be sorely missed.”

And coworker Peter Lauwers would later say: “His death has just crushed his family, co-workers, and friends. Garry was a bright light with the firm, a generous person who cared about others.”

After learning about the “leaping lawyer” Garry Hoy, read just how much it took to kill Russian mystic Grigori Rasputin. Then check out the 16 most unusual deaths from history, from the man who tripped on his own beard to the Swedish king who ate himself to death.