The Secret Life Of Roald Dahl: From Fighter Pilot To Spy To Renowned Children’s Author

Before he wrote “Charlie and the Chocolate Factory,” Roald Dahl spent his 20s flying fighter jets and spying on the Roosevelts during World War II. 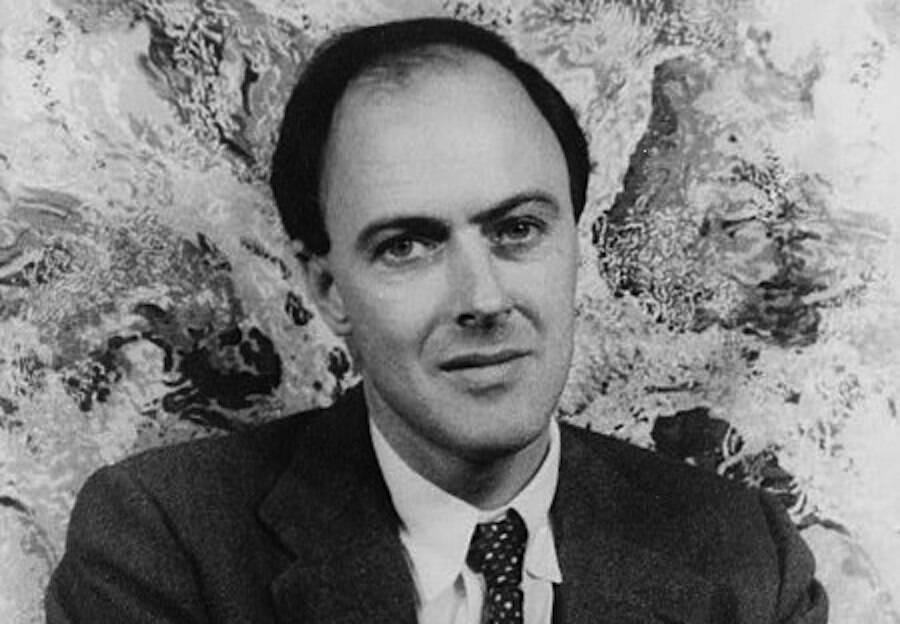 Wikimedia CommonsHandsome and charming, Roald Dahl also had a dark side.

Crash-landing in a North African desert ultimately led to James and the Giant Peach, Matilda, and Charlie and the Chocolate Factory.

Remarkably, Roald Dahl, the beloved author of these books and many more classic works of children’s literature, was once a World War II spy for Great Britain, seducing heiresses and socialites and palling around with the Roosevelts to inure the Americans to the Allied cause.

However, while Dahl may have cut the figure of James Bond in his youth and a more acerbic Mister Rogers in his old age, he also had a dark side, hinted at by the shadows in his writings: anger, infidelity, and bigotry.

This is the true story of Roald Dahl: pilot, lover, writer, and spy.

Roald Dahl’s Once Upon A Time

Dahl’s own prologue is as creative as his stories, taking him from a boy in mourning to an energetic spy to a kindly writer. Born to Norwegian expats living in Britain in 1916, his early days were bleak ones.

At three years old, he lost both his sister and father within a few weeks. By age nine, he was sent to boarding school, where the schoolmaster dealt out beatings so harsh they drew blood — a theme in his works like Matilda.

As Dahl noted in his autobiography, More About Boy: Roald Dahl’s Tales from Childhood:

“All through my school life I was appalled by the fact that masters and senior boys were allowed literally to wound other boys, and sometimes quite severely… I couldn’t get over it. I never have got over it.”

This early exposure to cruelty seems to have left an impression; Dahl’s first wife, actress Patricia Neal, nicknamed the future writer “Roald the Rotten” for his mean streak (and possibly his multiple affairs). 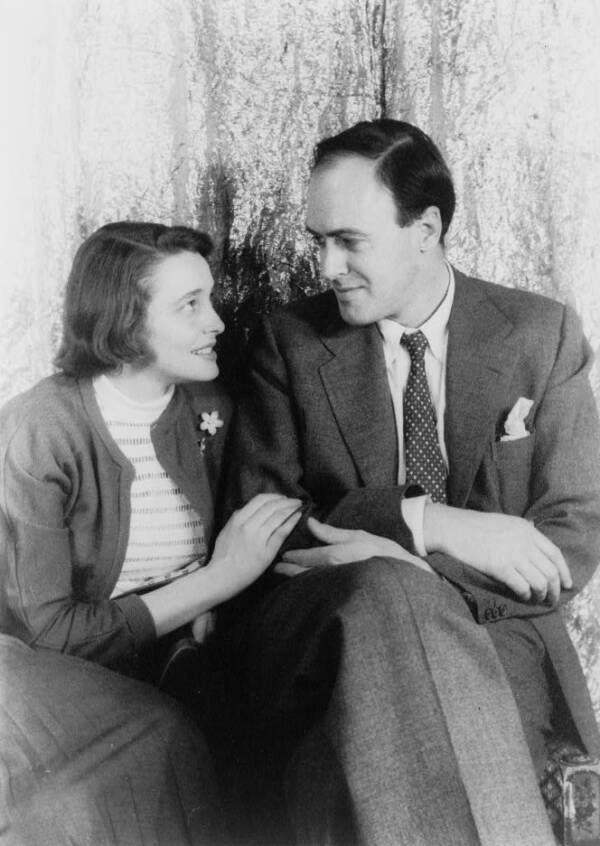 Van Vechten Collection at Library of CongressDahl and his first wife Patricia Neal.

Regardless of his motivations, Dahl decided on a path of travel and adventure once he was out of school, working in industrial oil in Tanzania and then joining the Royal Air Force after World War II broke out.

At 6 feet 6 inches tall, Dahl barely fit in the cockpit, but he proved to be an able pilot.

In September 1940, Dahl was stationed in Libya to fend off the Italians. During a non-combat flight, he crashed his Gloster Gladiator fighter jet — “an out-of-date fighter biplane with a radial engine,” in his own words — into the Western Desert of North Africa.

He survived, and despite a fractured skull pulled himself out of the wreckage just before his fuel tank exploded. He suffered mighty injuries to his head, nose, and back, and spent the next six months recuperating at the Anglo-Swiss Hospital in Alexandria, Egypt.

In April 1941, fresh out of the hospital, Dahl and his RAF comrades defended Greece against the Germans in the Battle of Athens.

In his autobiography Going Solo, Dahl describes what they had to face:

“To some extent I was aware of the military mess I had flown in to. I knew that a small British Expeditionary Force, backed up by an equally small air force, had been sent to Greece from Egypt a few months earlier to hold back the Italian invaders, and so long as it was only the Italians they were up against, they had been able to cope. But once the Germans decided to take over, the situation immediately became hopeless.”

With just a dozen planes, Dahl and the 80 Squadron fought the Germans in the air. Five planes were destroyed, killing four pilots.

How Roald Dahl Became A Spy 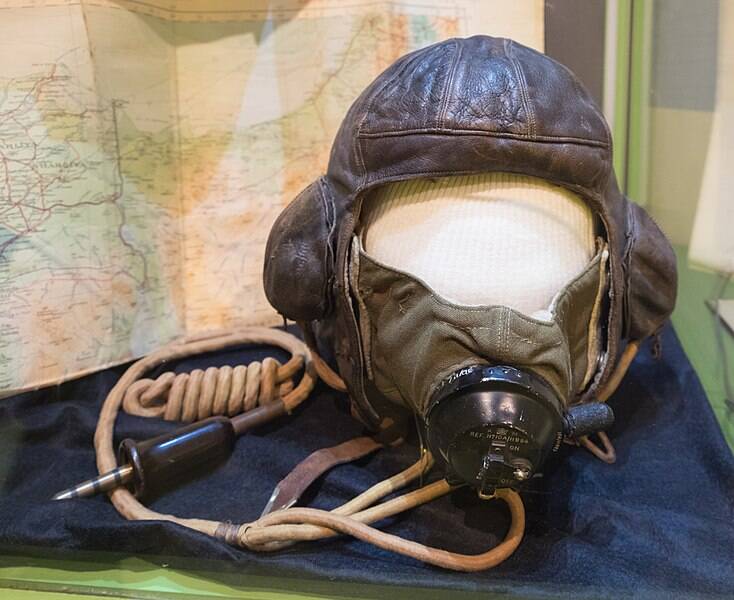 Ultimately, it wasn’t the Battle of Athens that caused Dahl to stop fighting in the military, but rather the injuries he’d suffered in Libya. In the summer of 1941, while stationed in Haifa, Israel, Dahl began to suffer debilitating headaches and was unable to fly. He returned to Britain and lived with his mother in Buckinghamshire, in the countryside between London and Oxford.

He was able to help Britain in other ways, however. A handsome, persuasive pilot with natural storytelling abilities, Roald Dahl was the perfect man to convince isolationist America to join the Allied forces in the fight against Germany.

So the future author of Charlie and the Chocolate Factory was sent to the British Embassy in Washington D.C. as an assistant air attaché in the spring of 1942. There, he was recruited as an undercover agent with the British Security Coordination, or BSC.

Dahl arrived on the scene in 1942 — mere months after the Japanese attack on Pearl Harbor — and more or less immediately, his life was a swirl of cocktail parties, surreptitious flirtations with wealthy and powerful women, and political hobnobbing. 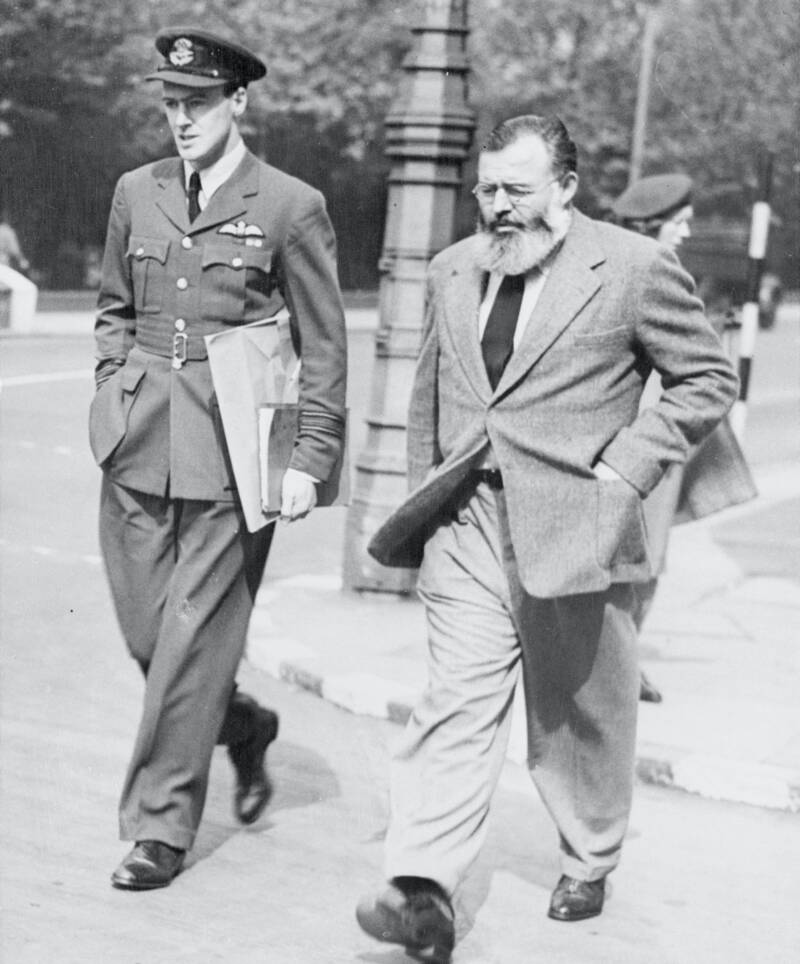 “He was very arrogant with his women, but he got away with it,” noted Antoinette Marsh Haskell, an heiress and friend of Dahl’s at the time. “The uniform didn’t hurt one bit – and he was an ace [pilot]… I think he slept with everybody on the east and west coasts that had more than $50,000 a year.”

Affairs weren’t the only items on Dahl’s agenda, however. He was able to charm his way to the very top of the political pyramid, spending time with the Roosevelts themselves.

He spent weekends at the Roosevelts’ Hyde Park home, sending notes back to the BSC and keeping them informed about the way the wind was blowing from Washington. Vice President Henry Wallace and Senator Harry Truman also figured into Dahl’s social circle, and likely into his reporting. 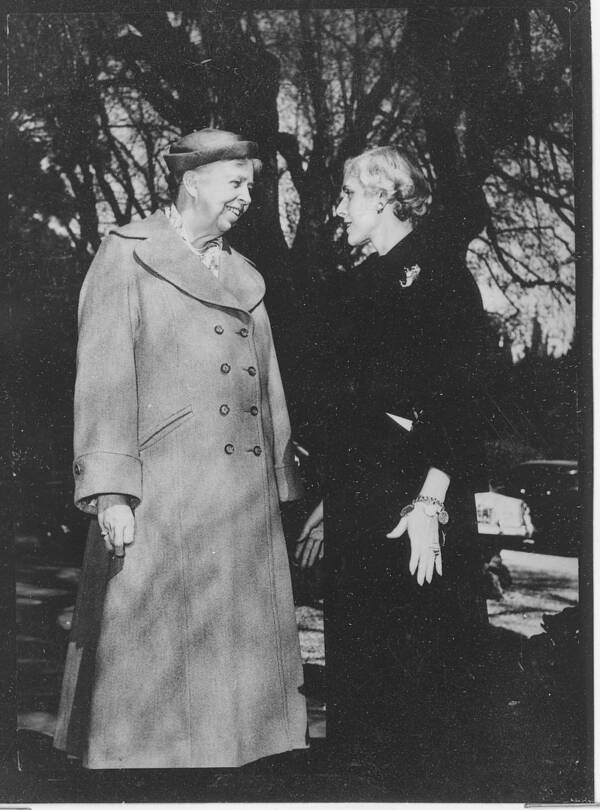 Despite his dashing escapades and important mission of convincing the U.S. to be more involved in World War II, Roald Dahl was no angel. In fact, some of the beliefs he later admitted to seemed in direct opposition to helping end the Holocaust.

In the second half of the 20th century, Dahl laid bare his anti-Semitism, espousing a belief in a cabal of powerful and rich Jewish financiers running the world, and possibly even sympathizing with the Nazis.

“There is a trait in the Jewish character that does provoke animosity,” Dahl said in a 1983 interview with the New Statesman. “I mean, there’s always a reason why anti-anything crops up anywhere; even a stinker like Hitler didn’t just pick on them for no reason.”

He even espoused the conspiracy theory that “powerful American Jewish bankers” were in charge of the U.S. at every level, claiming the country was “utterly dominated by the great Jewish financial institutions over there.” 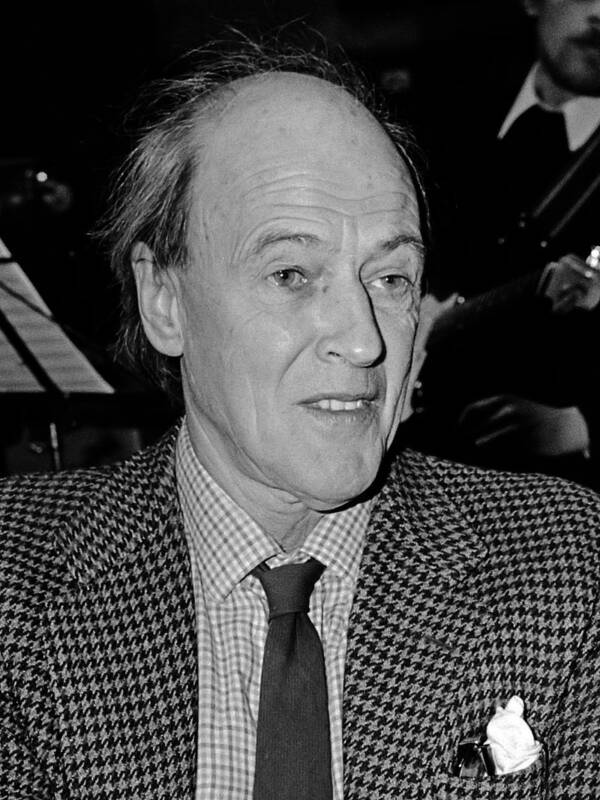 Derived from Nationaal ArchiefRoald Dahl in 1982, more well known for his writing than espionage.

Even when busy gathering intel and seducing the powerful, Dahl still found time to write. He took inspiration from his own globe-trotting life, writing about his Libya crash for the Saturday Evening Post.

He wrote about gremlins, the mythical bugaboo that the British military blamed for sundry inconveniences, from engine mishaps to misplaced tools.

Roald Dahl’s big writing break came about with the 1961 publication of James and the Giant Peach, the story of an abused boy who sails off in a magical giant fruit with a group of talking insects to find adventure in America.

Roald Dahl wrote the screenplay for the James Bond flick You Only Live Twice, no doubt inspired by his own spy days.

But even after he was an established children’s author, Dahl dabbled in the kind of writing befitting a former spy. In the ’60s, he wrote the screenplay for the James Bond flick You Only Live Twice.

The film, which features Bond trying to blend in in a foreign country to influence realpolitik (with more than a few attractive women bedded along the way), it was a good example of Dahl writing what he knew.

From the nuisance of gremlins to the story of a mistreated boy gone off adventuring or a suave spy off to serve Britain, Roald Dahl put a piece of himself in many of his works.

For more unbelievable World War II-era stories, check out what the Allies dosed their troops with during battle, or the incredibly offensive American propaganda posters.