Allied Forces Dosed Their Troops With Amphetamines After Seeing The Nazis Do It, New Doc Claims

After the British discovered the Nazis' meth-like secret weapon in a downed German plane, they decided to develop their own performance-enhancement program. 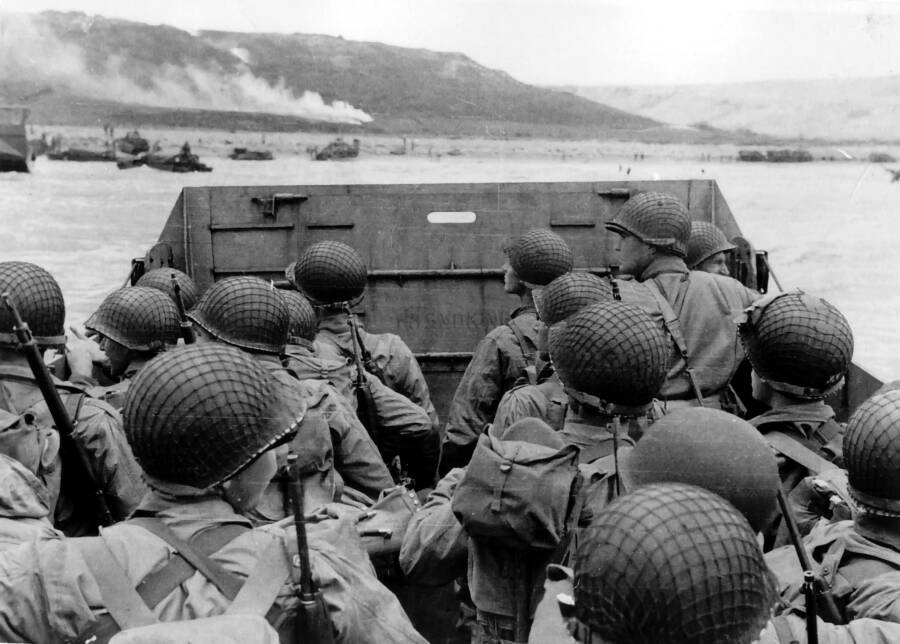 A number of reports have come to light in recent years about the widespread use of methamphetamines and similar substances in Nazi Germany. Adolf Hitler himself frequently had his personal physician Theodor Morell inject him with Eukodal, a cocktail of oxycodone and speed. Wehrmacht troops on the front, meanwhile, relied on a crystal meth-like drug known as Pervitin to stay alert and awake.

But the Axis powers weren’t the only ones relying on performance-enhancing drugs. According to LiveScience, both American and British soldiers boosted their physical alertness using cocaine and Benzedrine, an amphetamine that allowed GIs to make it through grueling, endless hours of exhaustion.

The revelation that medical officers on both sides distributed stimulants like this is the basis of a new PBS documentary called Secrets of the Dead: World War Speed, airing on June 25. The central idea of the new documentary is that the war effort was so punishing and intense that these substances were liberally dispensed on both sides and for a range of reasons.

From physical exhaustion and mental fatigue to overriding immediate shell shock and squashing the debilitating effects of unimaginable fear, soldiers on both sides of World War II were purposefully dosed in order to be at their best.

Of course, these chemicals also left soldiers unable to function or even unconscious at times, while the long-term effects of this government-approved “pharmaceutical arms race” remained out of the public spotlight long after World War II ended. 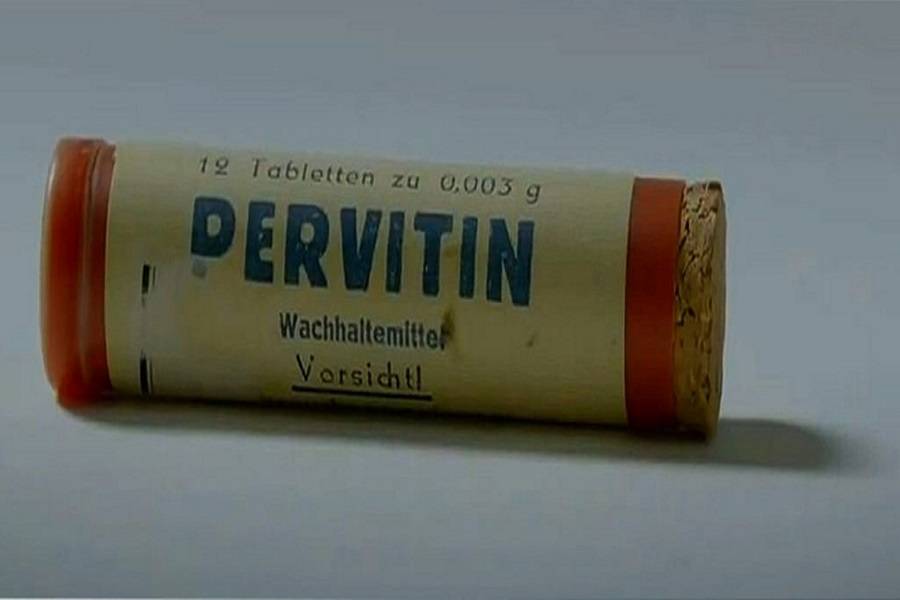 Karl-Ludwig Poggemann/FlickrPervitin was tested in the 1930s on German students, in order to gauge how cognitively functional they could be while depriving themselves of sleep.

Amphetamines like these are part of a group of stimulants that includes methamphetamines. They affect the central nervous system and heighten alertness while flooding one’s system with a tinge of euphoria.

Methamphetamines specifically affect the brain more directly if the single dose is particularly saturated. This means a longer-lasting, and arguably more physically deleterious effect on the person and their central nervous system.

Pervitin, for example, used to be marketed as a casual, energizing tablet in 1930s Germany. The country’s pharmaceutical industry was already experimenting with the substance before the war in order to gauge how long students could stay awake and cognitively effective, for instance. 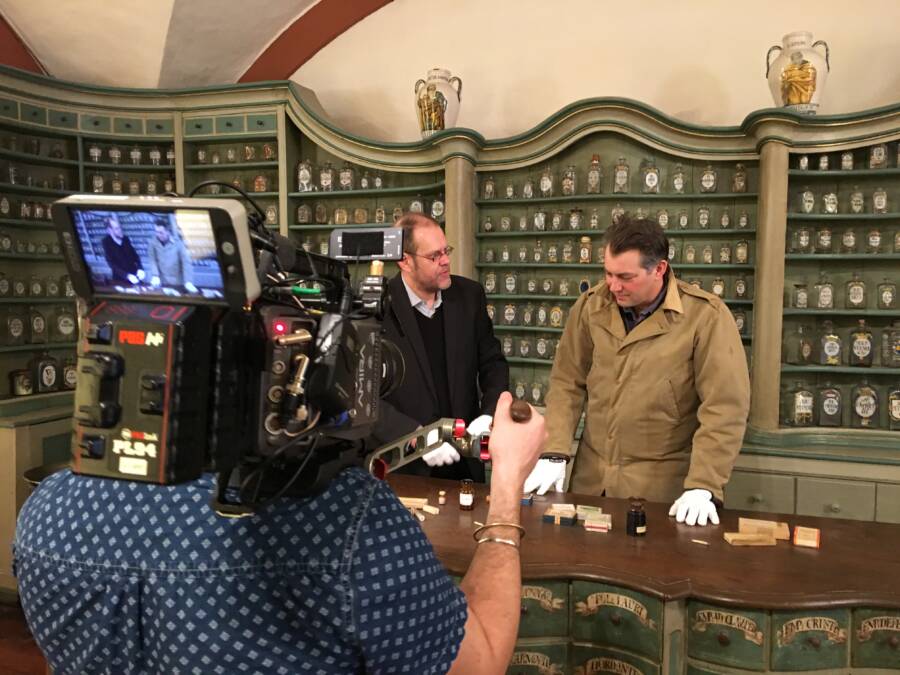 Eventually, when the German Luftwaffe needed to fly long-range missions and desperately wanted its pilots to stay awake for these extended durations, they commonly handed out Pervitin. For example, the British War Office estimated that 35 million Pervitin tablets were distributed to 3 million German soldiers, seamen, and pilots from April to June 1940 alone.

The effects were clear, particularly when the Wehrmacht fought for 10 straight days against the British at Dunkirk and covered an average distance of 22 miles per day.

According to Nicolas Rasmussen of the University of New South Wales in Australia, rumors in Britain regarding “heavily drugged, fearless and berserk” Nazi pilots with inhuman resistance flooded the U.K.’s newspapers. 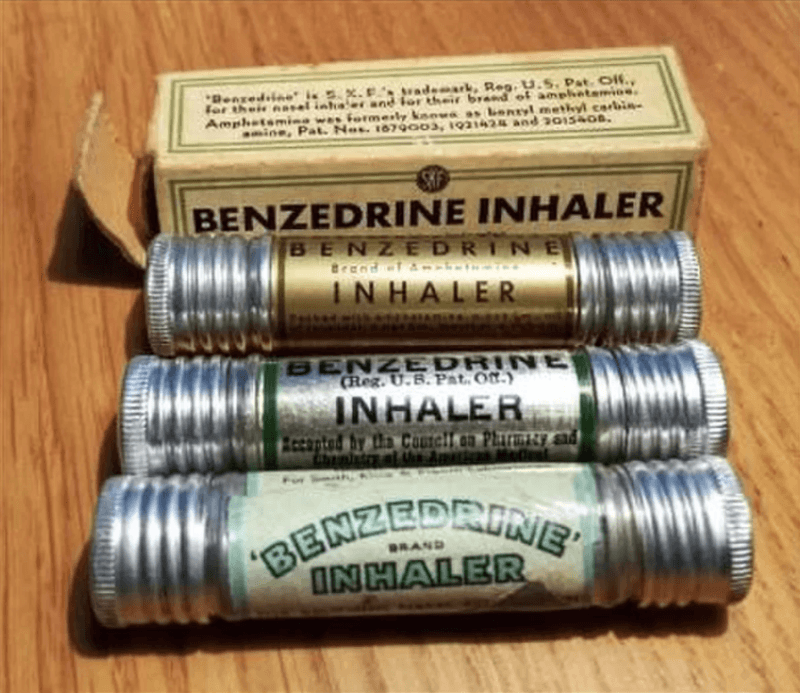 Thirteen Productions LLCBenzedrine was officially sanctioned by the British Royal Air Force in 1941 in both tablet and inhaler form.

When British intelligence stumbled upon Pervitin tablets in a crashed German fighter plane, however, they decided to follow suit, but opted for Benzedrine instead. By 1941, the British Royal Air Force officially sanctioned the drug in tablet and inhalant form.

Medical officers were now allowed to supply the pilots in their jurisdiction with the drug whenever they felt was right. Unfortunately, Benzedrine wasn’t entirely safe.

“It stops you from sleeping, but it doesn’t stop you from feeling fatigued,” explained World War II historian and PBS documentary consultant James Holland. “Your body has no chance to recover from the fatigue it’s suffering, so there comes a point where you come off the drug and you just collapse, you can’t function.”

According to the PBS press release, one in three Allied soldiers was incapacitated during the war — not by physical injury, but by combat fatigue. Resolving that problem through “force enhancers” was simply too effective in the short-term to dismiss for those tasked with defeating the Nazis.

Rasmussen’s 2011 study found that Benzedrine hadn’t yet been scientifically proven to increase performance in exhaust subjects at the time, yet British and American armies standardized its use. For the U.S., the mood-altering benefits were most important: It boosted confidence, aggression, and indirectly, morale. 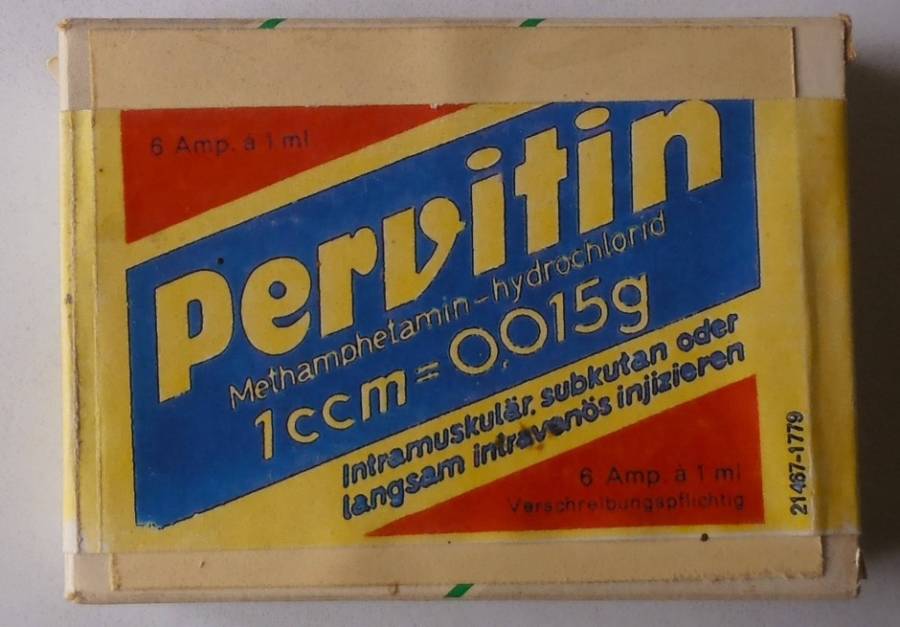 Wikimedia CommonsThe German armed forces used Pervitin to soldier through tough nights, but it came at a cost. Colloquially called “panzerschokolade,” or “tank chocolate,” its creator mimicked soda packaging to market the drug.

General Dwight D. Eisenhower himself ordered half a million Benzedrine tablets for American troops deployed to North Africa in 1942. The British, too, made sure their soldiers were hopped up on speed at the same time.

A 1942 memo from a commanding officer stated that soldiers of the 24th Armored Tank Brigade should receive 20 milligrams of Benzedrine per day during their time in Egypt. The recommended dosage for Royal Air Force pilots during that time, meanwhile, was 10 milligrams.

While the long-term effects are no laughing matter, and amphetamines are a serious drug, the priority of all parties involved was simply winning the war. Only afterward did scientific studies fully bring the drugs’ consequences to light.

The trailer for PBS’ Secrets of the Dead: World War Speed.

“By the end of the second World War, you saw increasing knowledge of the side effects of these drugs,” said Holland. “What you don’t see is what to do with people once they become hooked — that’s something that had to be learned the hard way in the years that followed.”

“The full extent of addiction and how harmful they can be was not properly understood. At the end of the war, there was very little help offered for people who became addicted.”

Next, take a look at 21 of the most vile Nazi propaganda posters. Then, discover more about the history of the Nazis and who they were.