These Nazi propaganda posters are as repugnant in their message as they are impressive in their artistic craftsmanship.

In order to control a population, you must first control the population’s minds. Adolf Hitler knew this well — and knew that propaganda was a politically expedient instrument to impose anti-Semitism onto the German populace. As he wrote in Mein Kampf, “Propaganda works on the general public from the standpoint of an idea and makes them ripe for the victory of this idea.”

As they conducted evil science experiments, the Nazi Party utilized highly artistic — sometimes even beautiful — posters to promote ideas of hatred and fear of the Other, and allow them to “ripen” in the minds of young army recruits and civilians. While old in a physical sense, these Nazi propaganda posters remind us that the most insidious movements often cloak their ugliness in beauty: 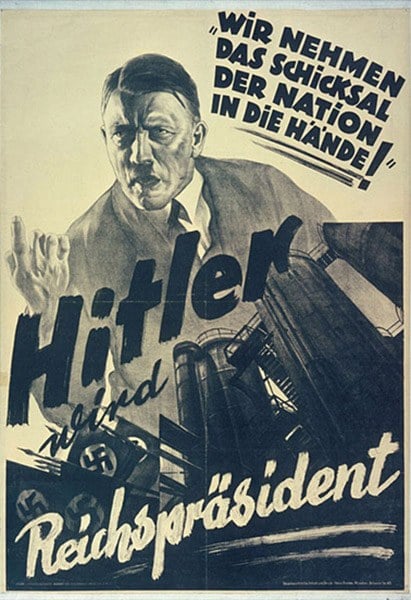 This Nazi propaganda poster comes from Adolf Hitler's campaign to become Germany's supreme leader. The text reads, "We will take the fate of the nation into our hands! Hitler will be Reich President!"Bundesarchiv Koblenz/The United States Holocaust Memorial Museum 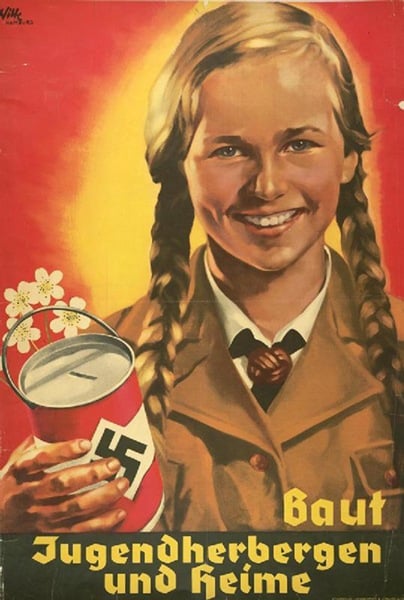 In this Nazi fundraising poster, a member of the Hitler youth asks for money to build youth hostels and homes. Imperial War Museums 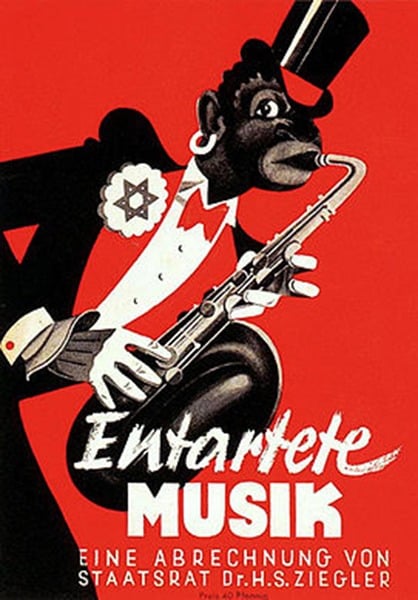 The Nazis deemed swing and jazz "degenerate music" and tried to suppress them — although Germany did have one Nazi-approved, state-sponsored jazz band known as Charlie and His Orchestra.Wikimedia Commons 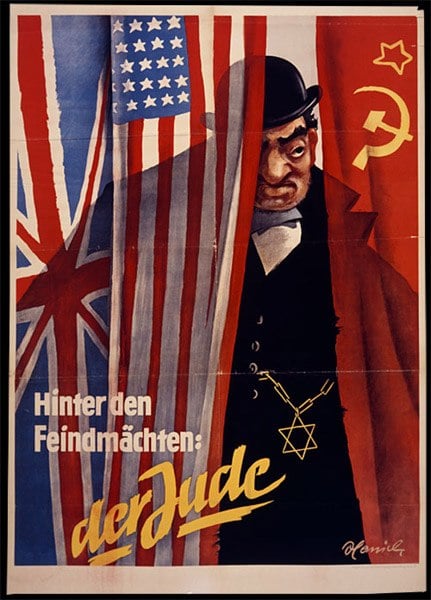 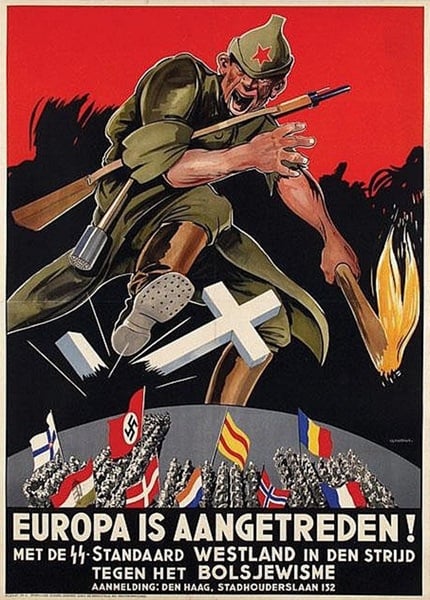 Here, Germany and its allies move against communism. The text reads, "Europe Is Moving Forward."SS Relics 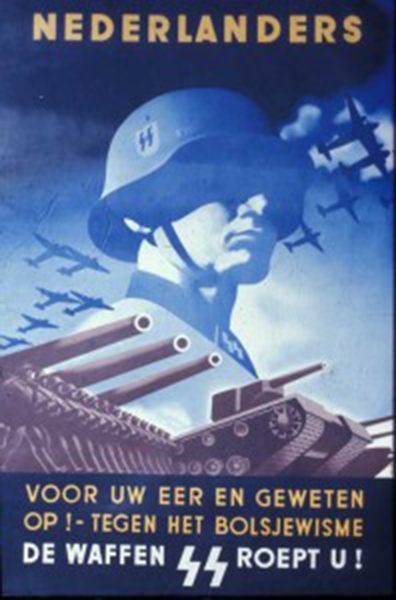 This poster hopes to recruit men from the Nazi-occupied Netherlands to the Nazi army. The passionate message at the bottom reads, "For your honour and conscience! Against the Bolshevism - the Waffen-SS calls you!"Crestock 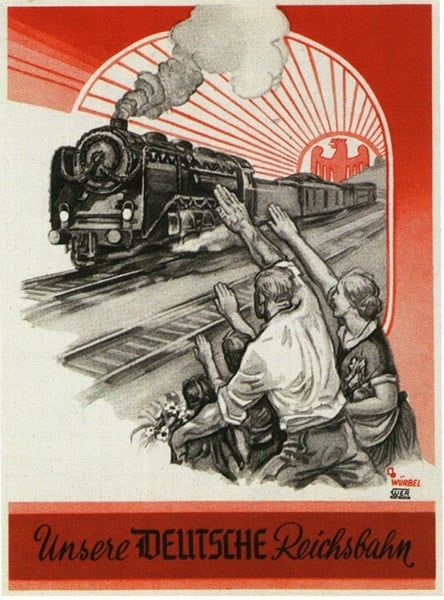 Here, a patriotic member of the Hitler Youth poses with the flag of the Nazi party. The text reads, "German students fight for the Fuhrer and the people."Kunstbibliothek/The United States Holocaust Memorial Museum 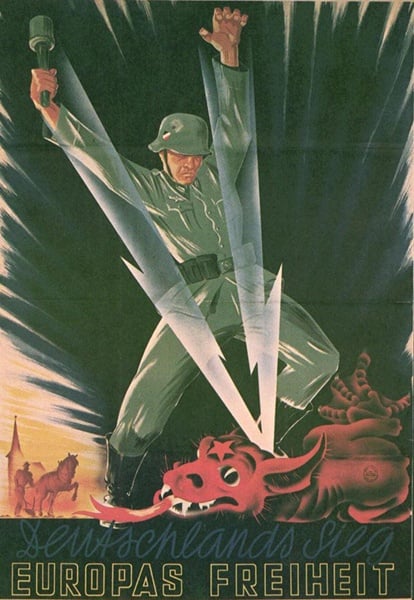 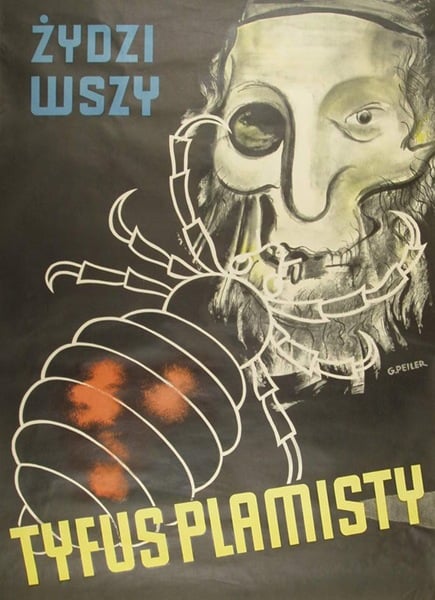 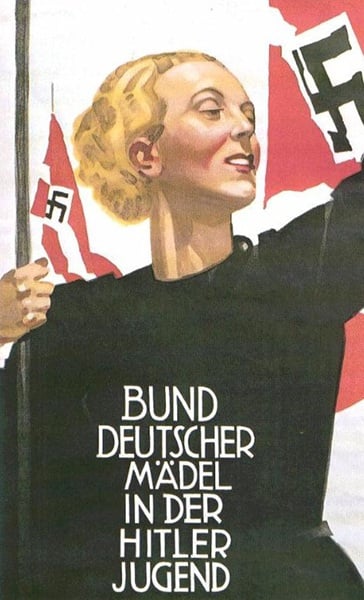 This poster encouraged young women to join the League of German Girls in the Hitler Youth. The New Think Tank 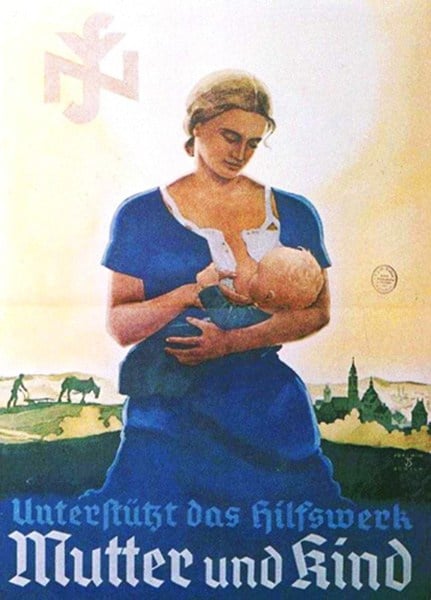 A blonde German woman nurses her child against the backdrop of an idyllic farm. This poster was probably meant to promote the notion of the superiority of the Aryan race. Crestock 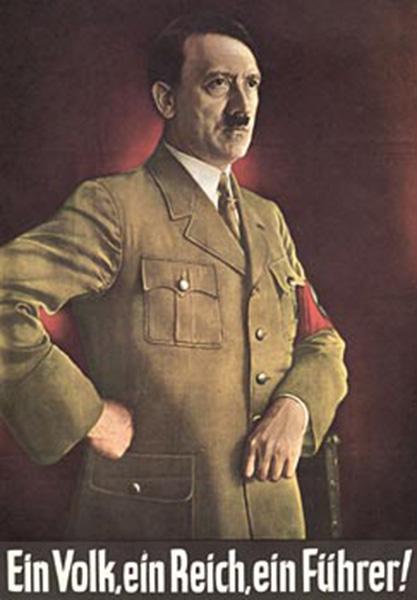 A authoritative Adolf Hitler poses here, above text that reads "One Nation, One Empire, One Leader."The New Think Tank 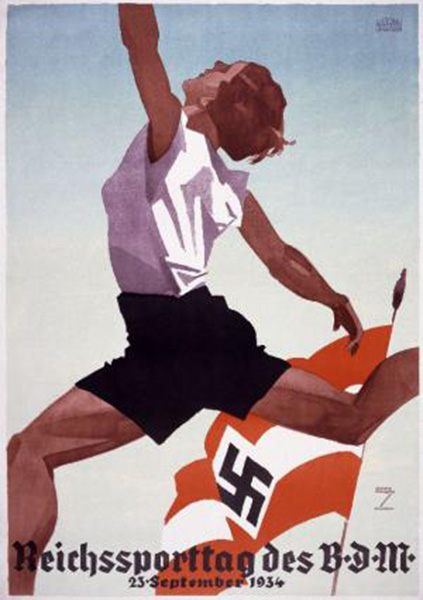 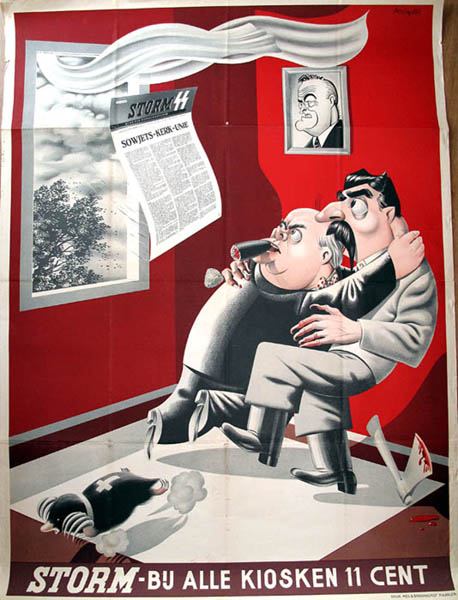 In this cartoon, Winston Churchill hugs a clawed Stalin in fear as a copy of the a Nazi newspaper blows in through an open window. President Roosevelt looks on from a picture hanging on the wall. SS Relics 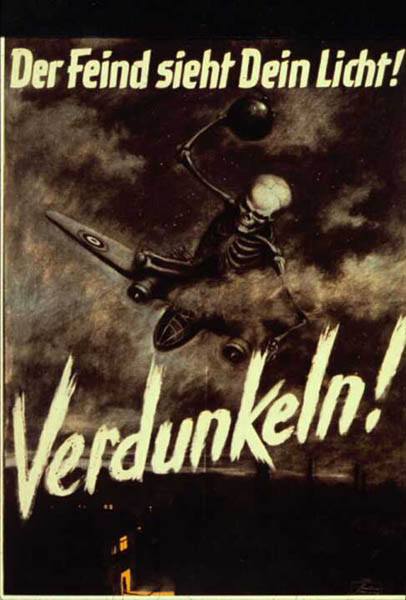 This poster warns against using electricity at night, when British planes dropped bombs on Germany. The New Think Tank 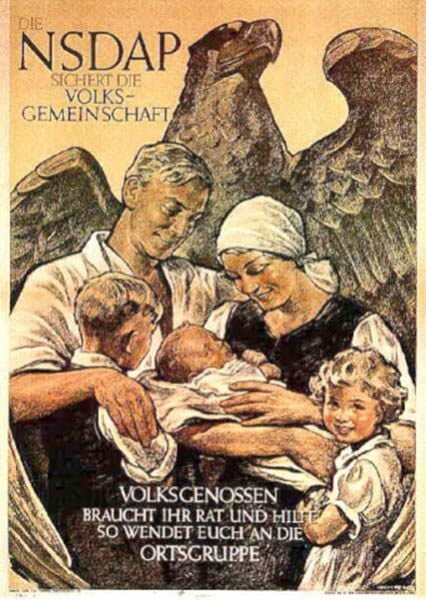 A German family is protected by the wings of an eagle, one of the symbols of the Nazi party. The text reads: "The NSDAP protects the people. Your fellow comrades need your advice and help, so join the local party organization."Wikimedia Commons 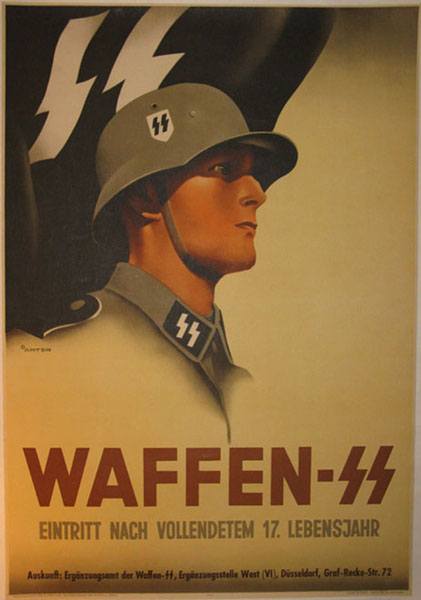 This propaganda poster attempts to recruit young men to join the Waffen-SS, the armed wing of Nazi Germany's Schutzstaffel, or protective squadron. The text below says that any man over 17 can join. SS Relics 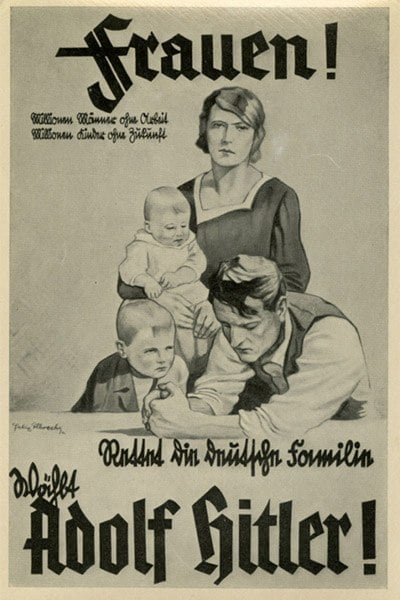 This poster tells German women to protect their families by voting for Hitler. The United States Holocaust Memorial Museum 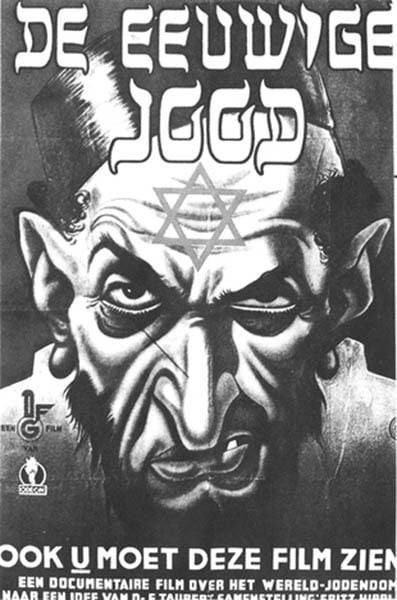 This is a poster for a film called the The Eternal Jew. The film was marketed as a documentary and depicted the Jewish people as manipulative and uncivilized. The World Holocaust Remembrance Center/Yad Vashem Photo Archive 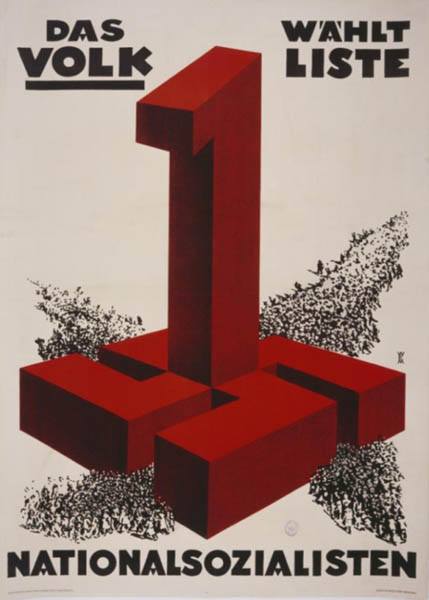 After seeing these Nazi propaganda posters, read about the four most devastating moments of the Nazi occupation. Then, find out what Nazi research has contributed to medical science.