What one small city in Belgium can teach the world about mental illness. 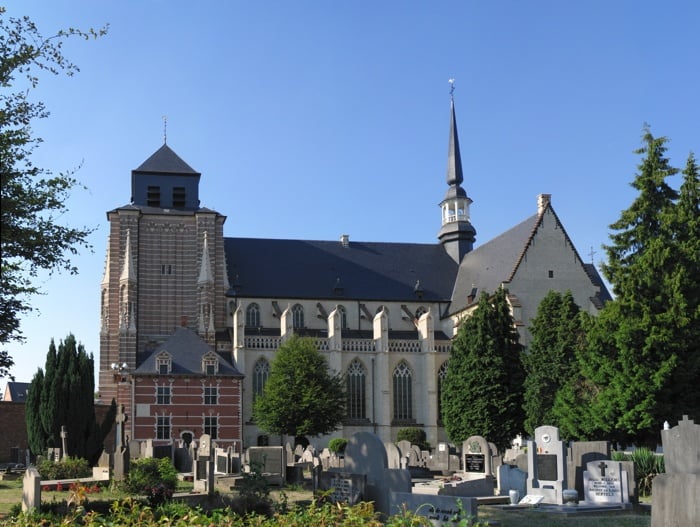 The city of Geel, Belgium, has a popular saying: “Half of Geel is crazy, and the rest is half crazy.”

The 35,000-person city is quaint — about an hour east of Antwerp, and an hour south of Belgium’s border with the Netherlands — and has all the charm of a weathered European city. Medieval cathedrals, pointed white-shuttered windows, and bronze statues serve as the town’s historical timeline.

But one thing has remained constant throughout its history: The city’s unusual approach toward treating people with mental health issues.

For more than 700 years, Geel residents have taken mentally ill people into their homes as guests, or as they’re known in Geel, “boarders.” Boarders and residents live a normal life together, free of stigma.

The centuries-old practice stands in stark contrast to past and present treatments around the world — like institutionalization, harsh medication, and other bizarre cures — and could help lay the groundwork in treating the United States’ homeless and mentally ill population. 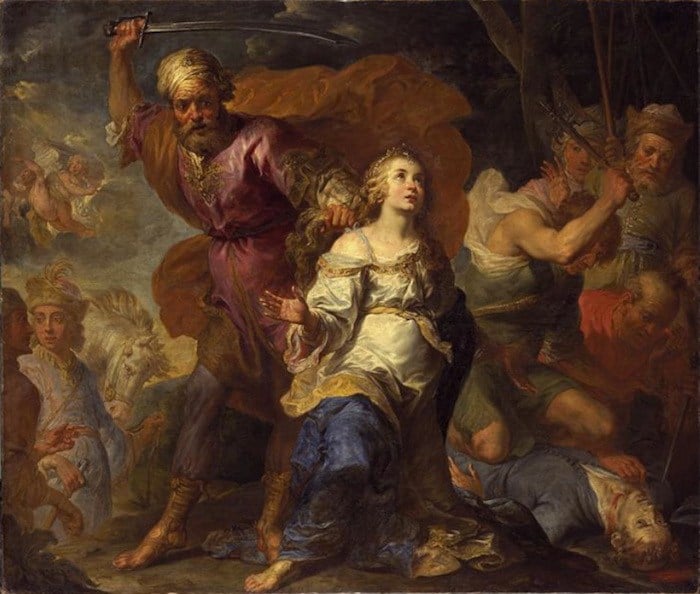 Religion — particularly the story of Dymphna, the Catholic patron saint of the mentally ill — has largely shaped Geel’s approach to treating mental illness. According to legend, Dymphna was born in northeastern Ireland in the seventh century to Damon, a pagan king, and a royal Christian mother.

She followed in her mother’s religious footsteps and took a vow of chastity at a young age. Tragedy, however, kept her from maintaining that vow for long.

Dymphna’s mother died, which caused Damon’s mental state to rapidly decline. Eventually, he arranged to marry his chaste pre-teen daughter, forcing Dymphna to flee across the English Channel to Antwerp, then to Geel.

She quickly built a hospice and a life in Geel, but Damon chased her down. He was in a rage when he found her, delusional past the point of no return. Before he returned to Ireland, he cut off his 15-year-old daughter’s head.

The Catholic Church canonized Dymphna in 1247, and in the 14th century Geel built a church in her honor. Families started to come to Dymphna’s church from across Europe.

When they left, they would leave behind family members with mental health conditions, quickly overwhelming the church. In the spirit of Dymphna, Geel’s residents started to welcome the mentally ill into their own homes.

So began the tradition that would make Geel famous as “the charitable city.” 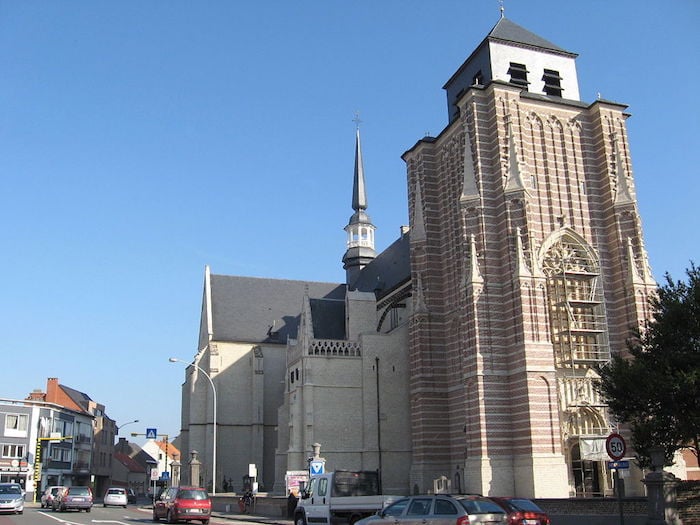 Wikimedia CommonsThe Church of Saint Dymphna in Geel has stood the test of time.

“The remarkable aspect of the Geel experience for the uninitiated is the attitude of the citizenry,” American psychiatrist Charles Aring wrote in the Journal of the American Medical Association in the 1960s.

And that attitude has been consistent. In 1900, for example, while the United States was reeling from Nellie Bly‘s exposé on the atrocities committed at Blackwell’s Island insane asylum, the International Congress of Psychiatry (ICP) declared Geel an example of best practice.

Countless others have since backed up ICP’s declaration. The journal European Psychiatry, for one, found that education about mental illness and contact with someone who is mentally ill made people less focused on blame and more focused on the recovery.

Now, Geel’s method is having a sort of renaissance in the United States.

Boarders In The United States 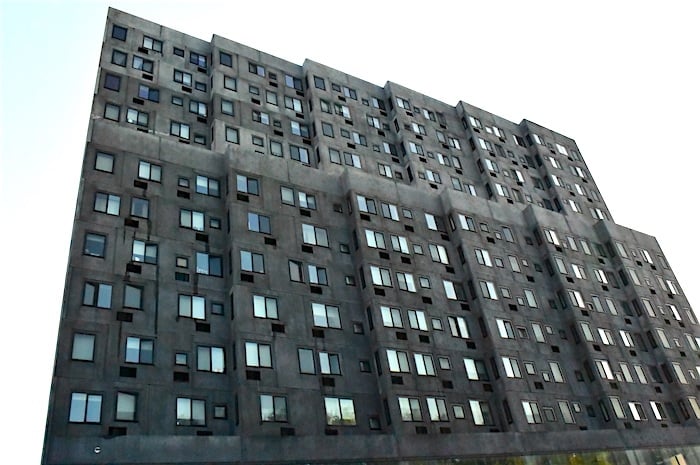 Nickolaus HinesBroadway Housing Communities’ Sugar Hill Project (above) uses a boarder program similar to the one used in Geel, Belgium.

On 155th Street in Manhattan, straddling the border between the neighborhoods of Harlem and Washington Heights, a modern concrete building cuts a striking image among the streets of pre-war apartments and brownstones. A police department stands on one side; a grassy park fenced in by gnarled oaks sits on the other.

The building is called the Sugar Hill Project, and composes one of seven buildings that make up the not-for-profit Broadway Housing Communities (BHC). As is the case with all BHC apartments, some Sugar Hill Project residents have special needs, and some don’t — a setup that bears striking resemblance to the mixed dwellings of the small Belgian town.

Sugar Hill completed construction in 2015 and is the newest of BHC’s developments. Ellen Baxter, who still runs BHC, started the first development in 1983.

A trip to Geel helped inform Baxter’s approach to mental health and its treatment. After visiting the town as a young woman, Baxter went on to co-author a study called “Private Lives/Public Space: Homeless Adults on the Streets of New York,” and found the Coalition for the Homeless.

Like in Geel, where the Belgian government pays people who accept boarders 40 euros a month, BHC housing survives off subsidies. New York State, New York City, and private foundations pay a large portion of the bills, and boarders pay the rest through welfare, Social Security and work.

If that sounds expensive to the taxpayer, consider the numbers: It costs the taxpayer $12,500 a year to board at BHC, Baxter told NPR. Compare that to $25,000 for an emergency shelter, $60,000 for a prison cell, or $125,000 for a bed at a psychiatric hospital. That’s not to mention the lasting negative social and financial costs after someone with special needs returns to the streets. 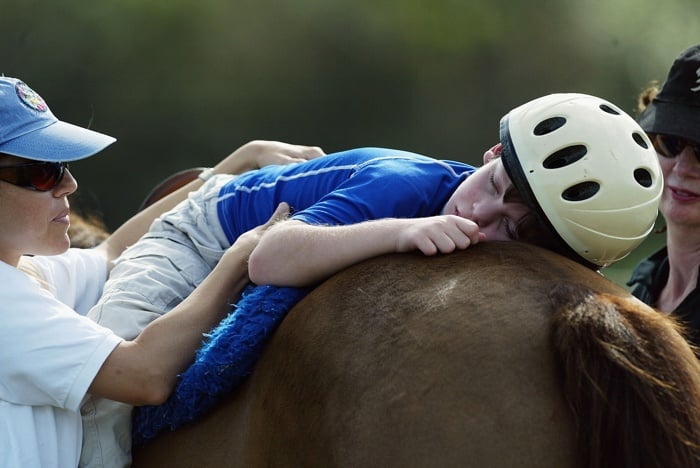 An estimated 5.4 percent of the U.S. adult population suffers from mental health issues, and many of them do not receive the treatment they need. Indeed, in 2007 the National Center for Biotechnology Information looked at that population and found that only 40 percent of people with serious mental illness received treatment, and that 39 percent of those individuals received merely “minimally adequate” treatment.

That’s not to say that an integrated approach, à la Geel and BHC, is an appropriate treatment for everyone. Violent offenders are not eligible for boarding at Geel or BHC, and a limited number of families are actually willing to take on the added responsibility of caring for someone with mental health issues.

“It is very important to accept people for who they are and meet them at the place they are at in their lives,” Seda Gragossian, a doctor at the Talk Therapy Psychology Center in San Diego, told ATI.

But sometimes acceptance just isn’t enough. The National Alliance on Mental Illness suggests that non-traditional methods can help fill the gap left by therapy and medication. Herb regimes as well as mind and body practices fall into this category, and can be part of integrated living facilities.

Equine therapy — taking care of horses as a means of coping with anxiety and stress — may also work as a complementary treatment. Yet the National Center for Complementary and Integrative Health states that these types of treatments are just that: complementary.

“Having worked in lock-down facilities where the use of ‘putting hands on’ patients was acceptable,” Gragossian said, “I can tell you that sometimes it is necessary for the safety of the individuals and those around them to intervene with different methods. Those may involve restraining them, holding them in a safe facility for a period of time, and occasionally using medication. But such things are more about immediate risk management and deescalation.”

Psychotherapy drugs like others have faded in and out of popularity. The role of responsible medical practitioners, however, has remained the same.

“The goal of the therapist is to help people help themselves,” Gragossian said. “Giving them an arsenal of tools is key.” 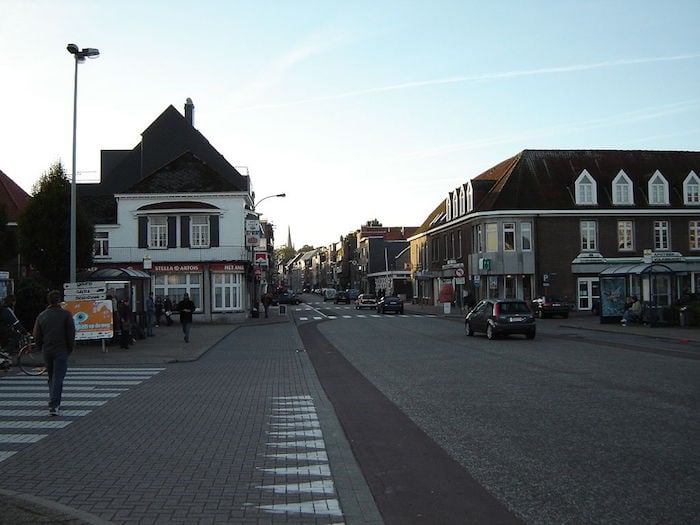 Today only around 250 boarders reside in Geel, but the city’s lessons live on.

Just as no person is exactly the same, there is no one treatment for people with mental health issues. But places like Geel and BHC recognize that living with and accepting difference — rather than trying to transform or suppress it — can actually eliminate it.

“The streets are lined with cafes and you see these kind of people sitting around who look slightly different,” psychiatry historian Mike Jay told The Independent about Geel. “But after a while, you don’t really notice.”