The History Of Madness: Mental Illness, Past And Present

Powerful figures have used — or created — mental illness to manipulate and control a given time's undesirables. We explore it, starting with the Bible. 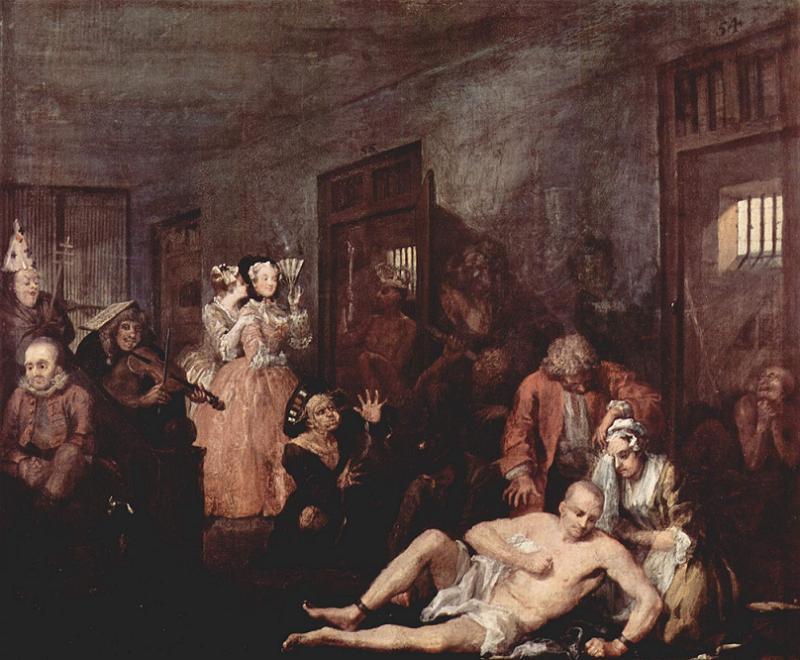 Schizophrenia literally means “split brain.” This is given a cruel irony by the history of mental illness, which has been a seesaw struggle between empirical and mystical explanations of the phenomenon.

For thousands of years, doctors and scientists have struggled against theologians and metaphysicians over the diagnosis and treatment of mentally ill people. During rare moments in history, while the empiricists have had the upper hand, treatment of the delusional has revolved around understanding what has gone wrong and treating psychosis as if it’s every bit as much an illness as cancer or diabetes.

As civilization has declined, and the mystics and charlatans have gained traction, treatment has descended into depravity and sadism.

Madness in the Ancient World 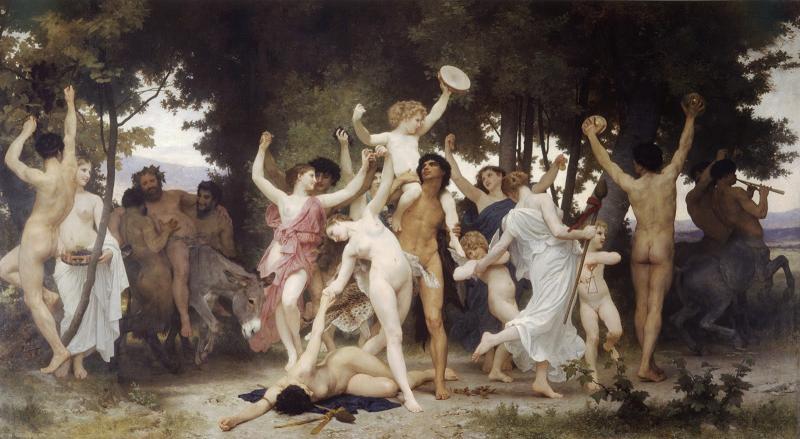 Some of the earliest identifiable descriptions of mental illness reveal a superstitious attitude toward aberrant human behavior. Madness was generally seen as a curse that was sent by evil forces or by the gods themselves. Oedipus had madness inflicted on him by the gods as a punishment for incest, and King Saul was driven mad by his failure to obey the proper rituals. According to 1 Samuel, 16:14:

But the spirit of the Lord departed from Saul, and an evil spirit from the Lord troubled him.

This attitude, that madness is inflicted for some moral failure and might be amenable to exorcism, persists through the bible. Twice in the Gospels, Jesus casts demons out of afflicted people and into swine, which are then stampeded off a conveniently located cliff. In the same vein, the Greek hero Heracles is driven mad by Zeus’ jealous wife, Hera, and Agamemnon was deprived of his wits by Zeus himself in the Iliad. 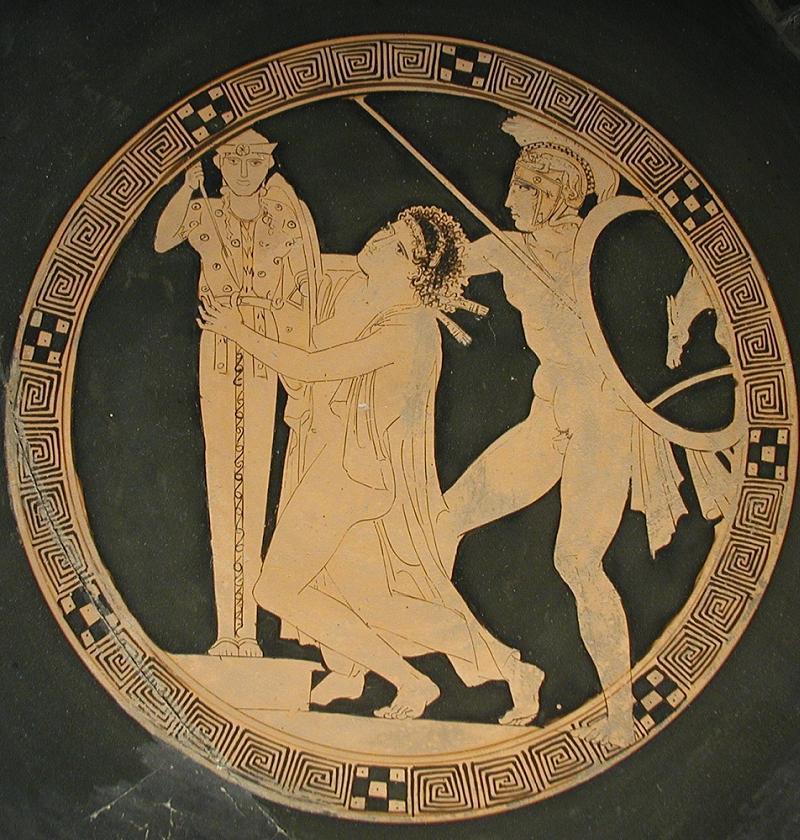 Despite the general air of superstition, some efforts were made at a systematic approach to psychological disorders. Hippocrates, firming up his reputation as one of the smartest people of his century, declared the brain to be the place where thinking happens, opposed both exorcism and flogging of sufferers, and promoted the then-unconventional idea that a treatment approach should have some connection to the symptoms presented by the patient.

He missed the mark when he borrowed Pythagoras’ ideas about humoural imbalances and the salutary effects of enemas and bloodletting, but—considering how almost literally nobody agreed with him at the time—he managed a remarkable prescience about the brain-body connection and pioneered an unprecedented, non-horrifying approach to insanity. 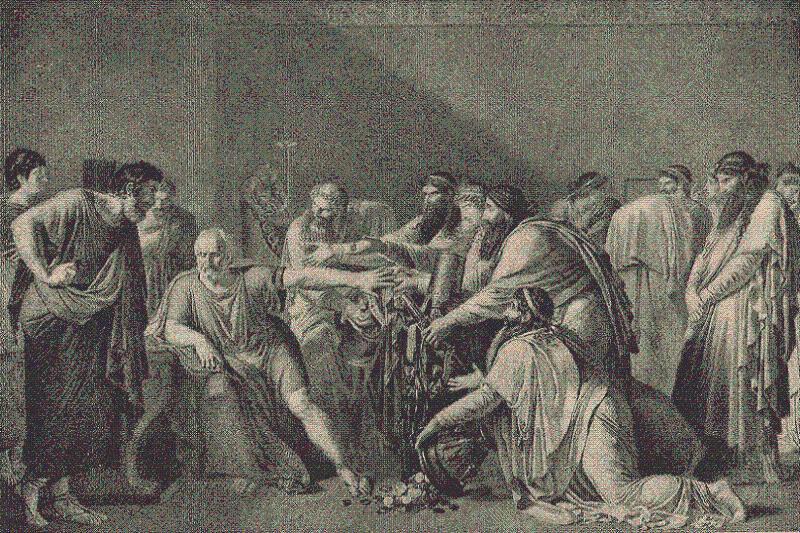 Hippocrates refuses to take barbarians’ money, because he was cool like that. Source: Altered Focus

Naturally, Hippocrates was generally ignored by the authorities—with the honorable exception of Galen—who mostly continued to view madness as an externally caused affliction. Plato, for example, urged that madness was not only from the gods, but could also be a wonderful thing:

Madness, provided it comes as the gift of heaven, is the channel by which we receive the greatest blessings … the men of old who gave things their names saw no disgrace or reproach in madness; otherwise they would not have connected it with it the name of the noblest of arts, the art of discerning the future, and called it the manic art … So, according to the evidence provided by our ancestors, madness is a nobler thing than sober sense … madness comes from God, whereas sober sense is merely human.

A genuinely medical model clearly had a long way to go. Unfortunately, the medical approach wasn’t going to get the chance to flourish in the fast-declining ancient world. The Roman physician Celsus, who lived and wrote during the age of Augustus, rejected naturalistic causes and dove headlong into religious explanations for mysterious ailments.

It was his perspective, rather than somebody who wasn’t an idiot, that would shape the next 1,500 years of Christian thought on the matter. 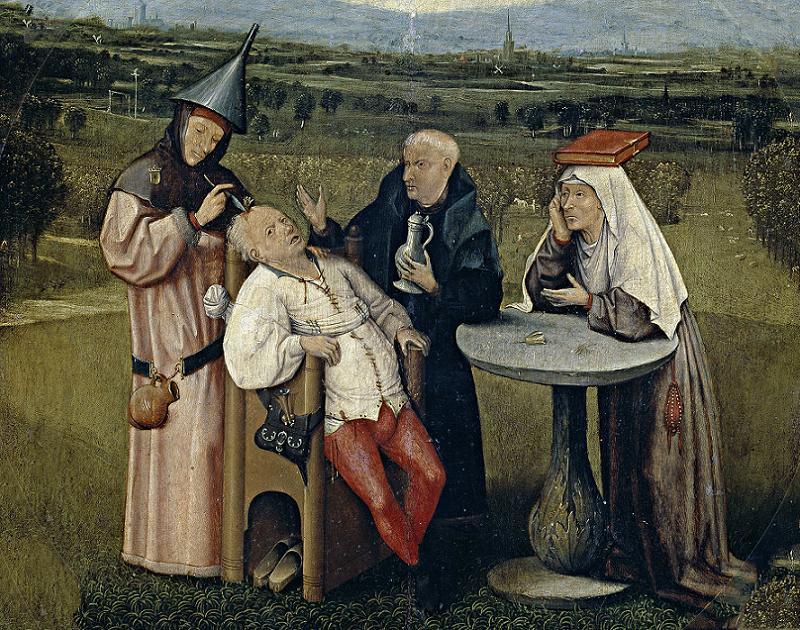 What civilization was left in the ruins of Rome came crashing down near the end of the fifth century, as the remains of the western empire fell into feuding principalities. In this atmosphere, nothing resembling systematic research or medicine could take place, and the treatment of mental illness again descended into quack remedies and brutal punishment.

Such healthcare as was available during the thousand-year dark age that engulfed Western Europe during this time was in the hands of the church, which had explicitly disavowed the materialistic approach to understanding the human mind.

Throughout the Middle Ages, trepanation, dunking in cold water, and just plain old-fashioned public beatings came back into vogue for the insane, and many sufferers languished in dungeons without any kind of treatment. It was near the end of this period that London’s infamous Bethlehem Royal Hospital opened specifically for the treatment of insane patients. Lacking any sense of the scientific method, “physicians” at Bethlehem—or “Bedlam,” as it was popularly known—resorted to vegetable-free diets and frequent purging as treatments, with chains and beatings to control unruly patients, or “prisoners” as they were known until the 17th century. 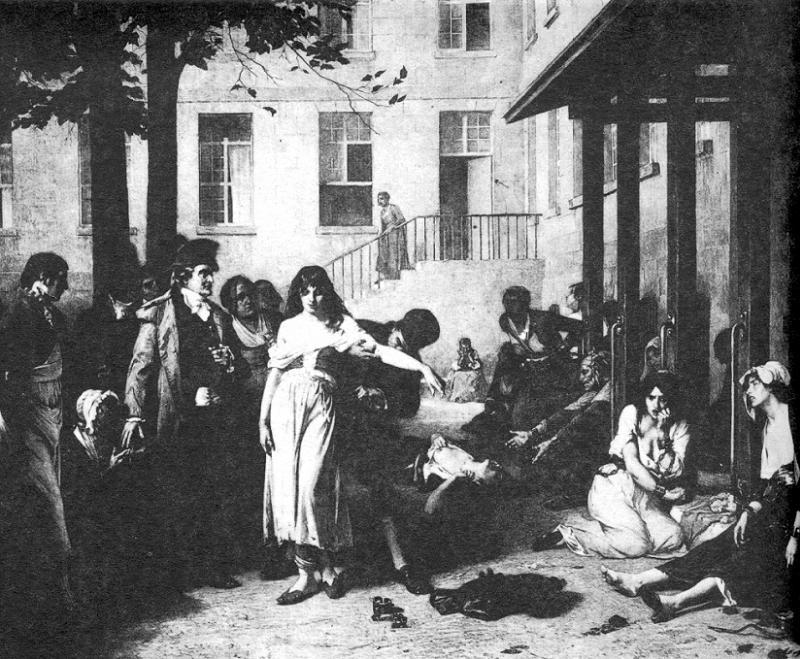 Bedlam was built over a medieval sewer, and local homes rarely had facilities of their own, so local residents frequently dropped by the hospital to relieve themselves.

Money intended for the operations budget was routinely misappropriated, and food that was meant for patients was regularly intercepted en route and then sold to inmates by the staff. Those who couldn’t afford to pay were allowed to starve.