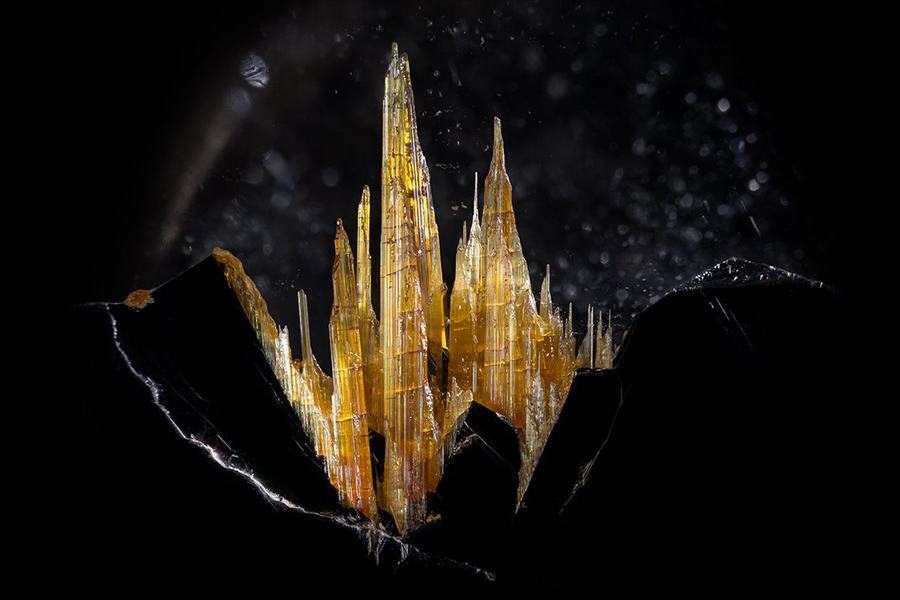 To collectors, the most coveted gems are often the flawless ones. But to Los Angeles-based gemologist Daniel Sanchez, the beauty is all in the flaws. More specifically, the gem’s inclusions, or the bits of other minerals that get sucked inside the gem as it grows. Lucky for Sanchez, he can purchase these less-coveted specimens for cheaper prices at trade shows. Lucky for us, he is also a photographer with some intense equipment that provides us a glimpse into the secret worlds that exist within these precious (though imperfect) gemstones.

“When I first started looking through the microscope at gemstones, it was all space to me,” says Sanchez. “It was all the limitless imagination of outer space.” Photomicrography as a whole is used mostly in research, but within the field his photos are unique. It should be noted that while his intentions may seem wholly scientific, he encourages others to “see what they what to see”, and strives to attain certain standards of fine art quality in his images. 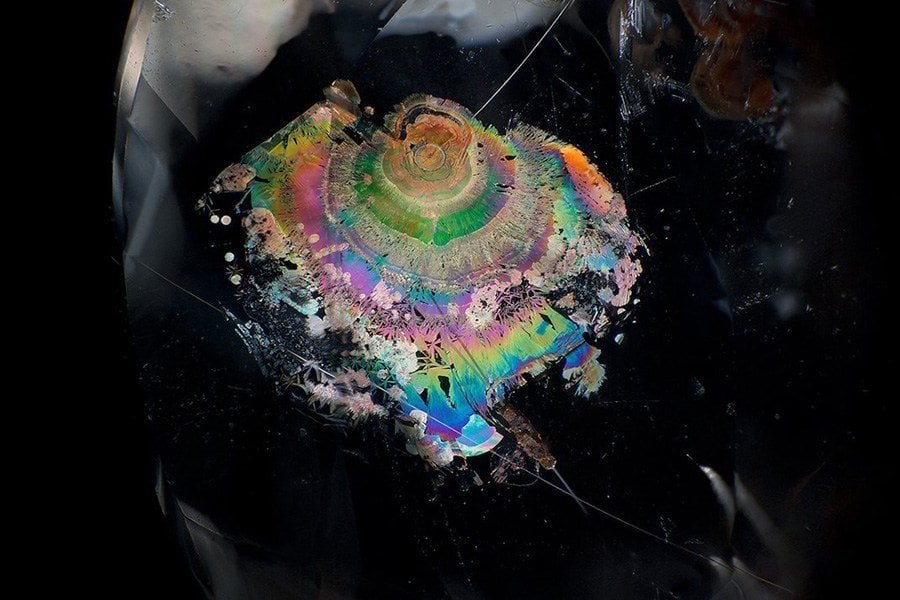 Hematite takes a shattered pattern in a chunk of Brazilian quartz. Source: Smithsonian

With this type of photography, creativity and vison only gets you so far, and Sanchez pieced together his photography arsenal over 10 years. “There were so many obstacles … if you don’t have the right equipment you can’t overcome them,” he says. “There’s only so good an image you can make.”

With all the intense lighting, equipment, and serious amount of time that Sanchez pours into this work, it’s reasonable to assume that it’s very easy to plummet down into a rabbit hole of discovery and not come up for days. Getting lost in this otherworldly universe would be incredibly easy.

“I have to turn the lights off in this room, and then turn the fiber optic lights on, so it’s very much this laboratory vibe because it’s so dark and mysterious. And I’m staring into a window, seeing something totally different than the reality around me.” 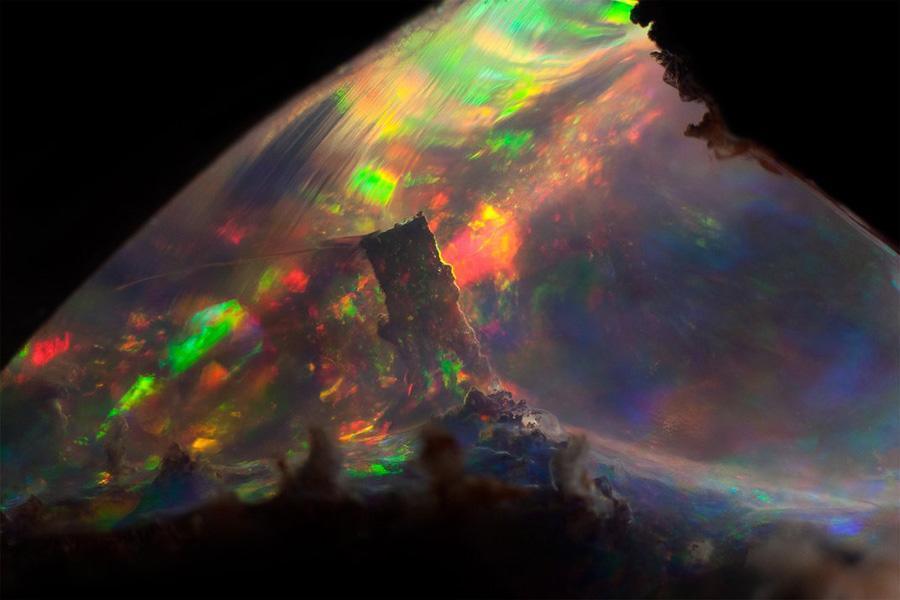 A scene captures in the igneous rock rhyolite; shimmering opal shines down amidst the cliffs. 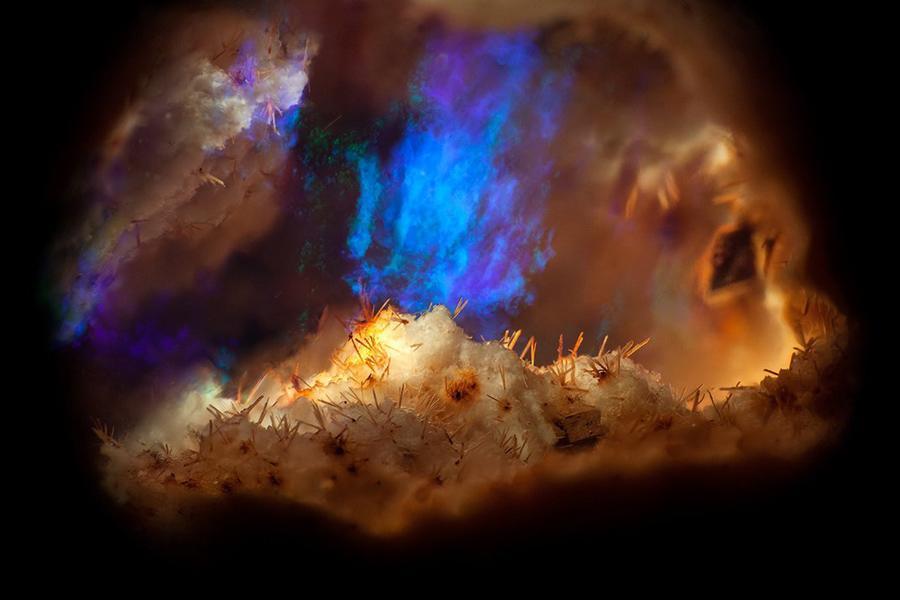 What looks like melting snow emitting a blue haze of opal inside Mexican rhyolite. 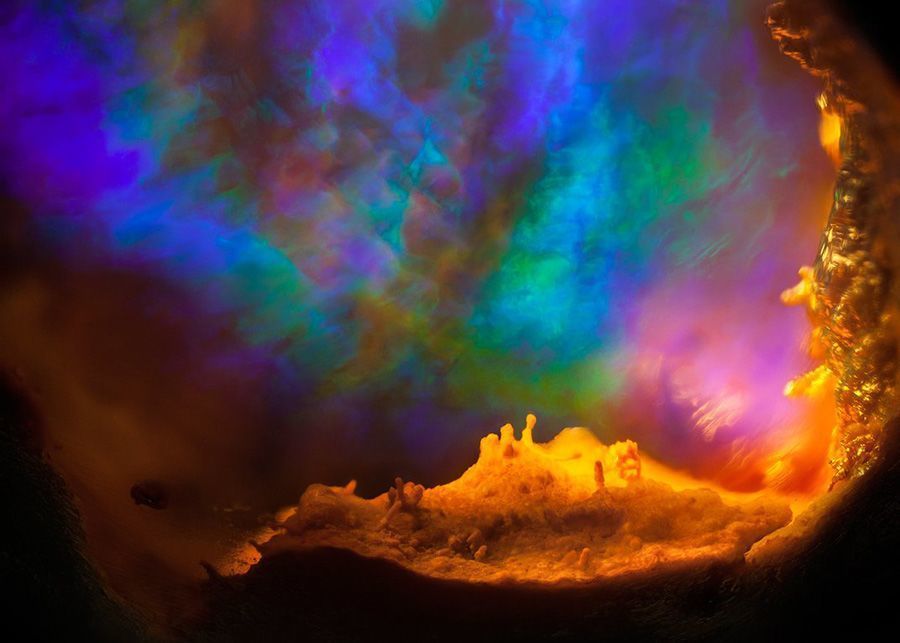 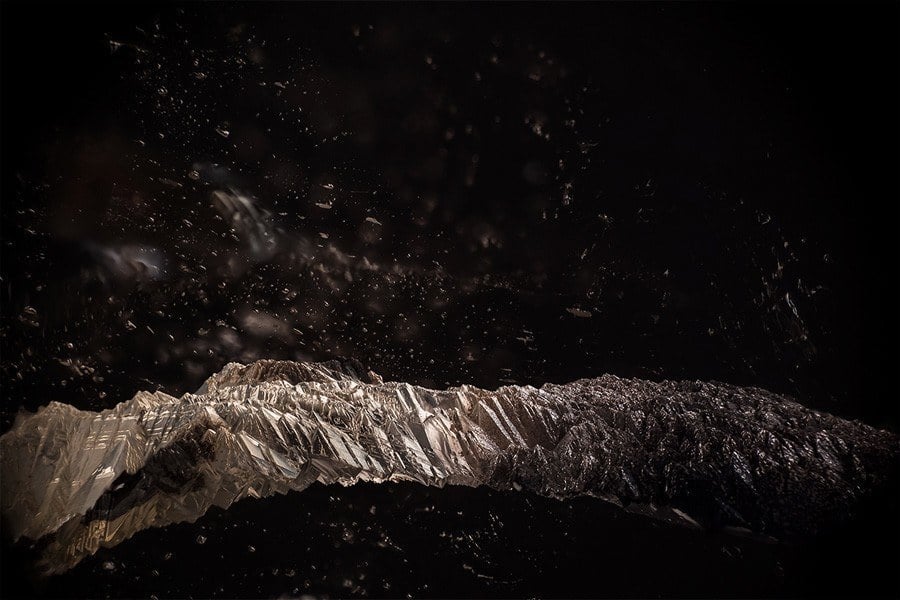 A mountain range made of quartz. 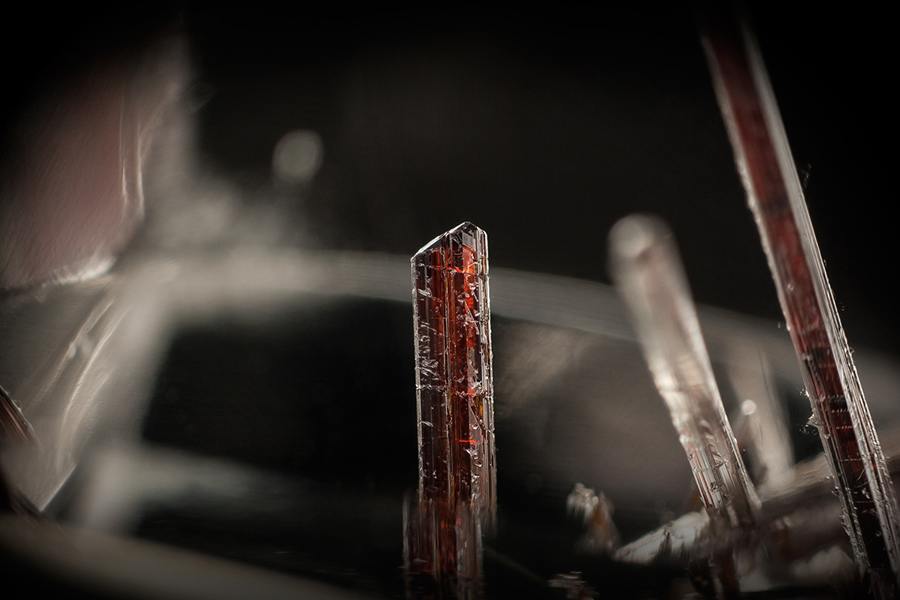 A red rutile monolith stands against a clear quartz sky. 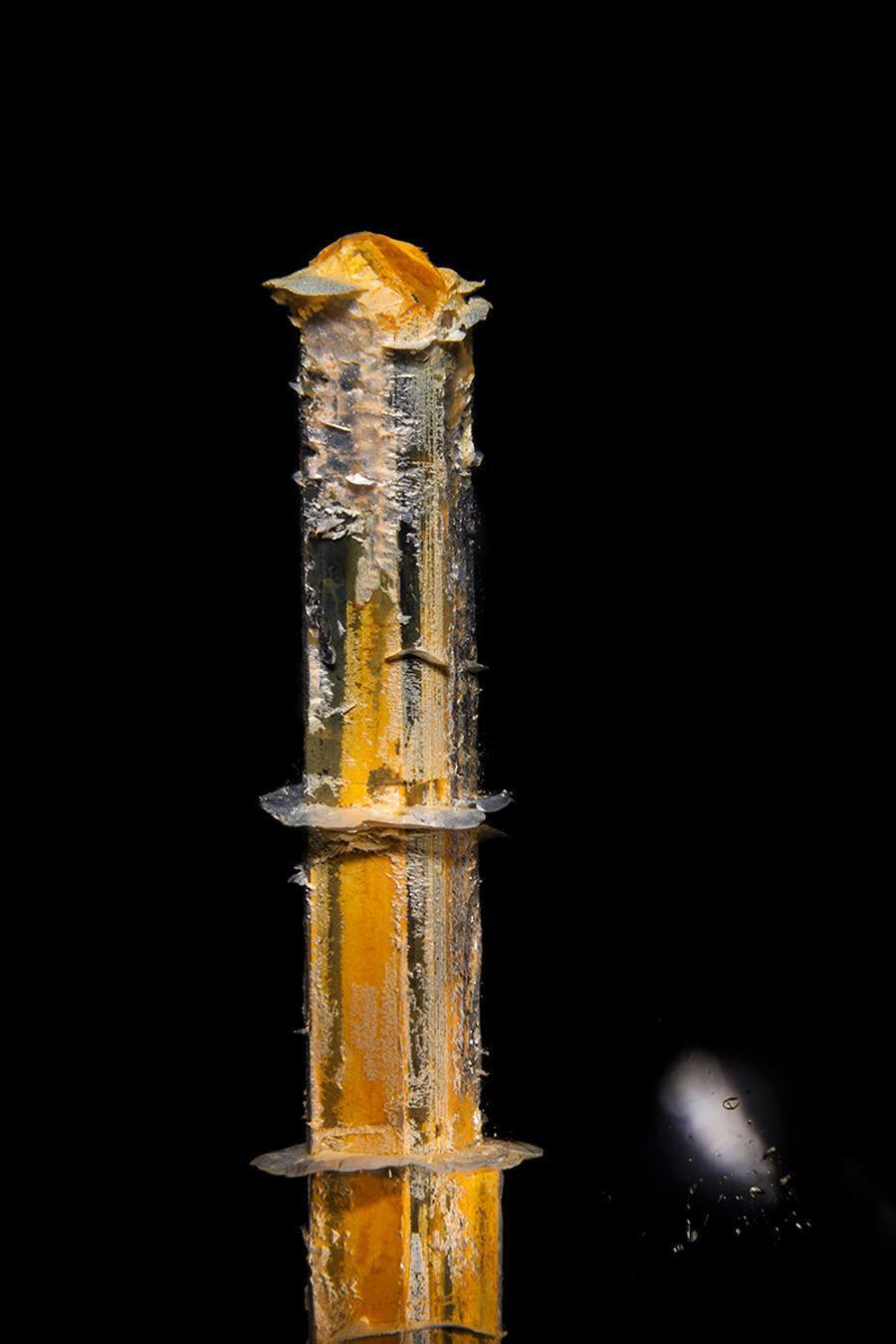 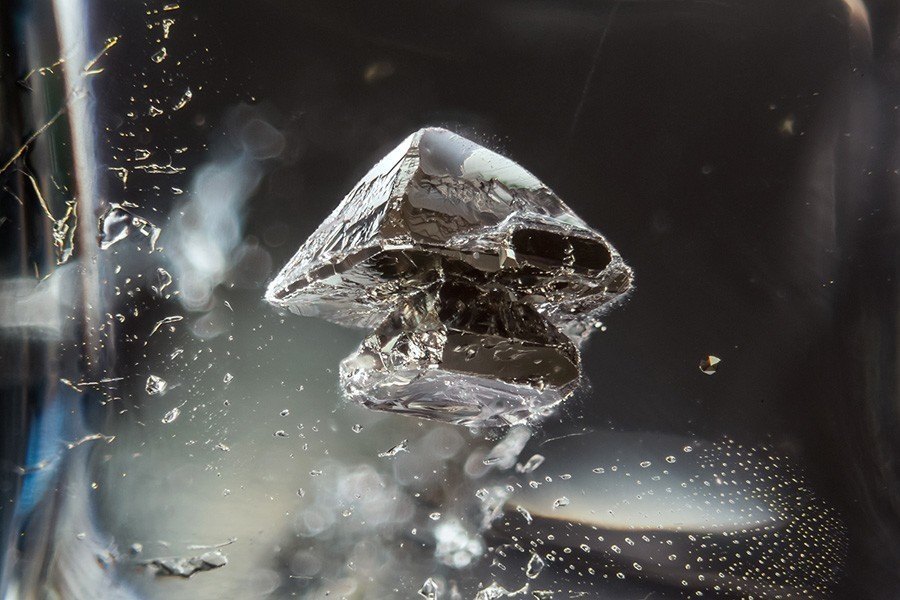