Legend has it that a brutal lynching and a series of Satanic rituals transformed Goatman’s Bridge in rural Texas into a paranormal hotspot. 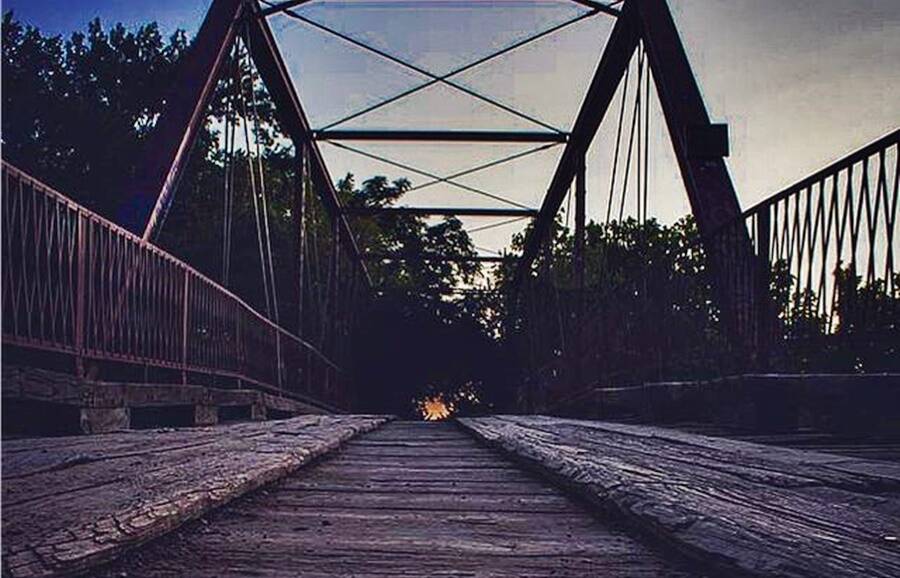 _benhurlburt_/InstagramThe Old Alton Bridge is allegedly haunted by a half-goat demon, which has earned it the nickname “Goatman’s Bridge.”

Located between the Texas towns of Denton and Copper Canyon lies an unassuming old bridge — that’s said to be haunted by a demonic legend. Known as Old Alton Bridge or “Goatman’s Bridge,” the humble wooden pass has earned its creepy moniker due to its unsavory past, which includes black magic and murder.

Rumor has it that the Old Alton Bridge is haunted by a half-goat demon with glowing red eyes and a loud snarl. According to local lore, this demonic presence was brought to the bridge by the ghost of a Black goat farmer who was brutally lynched by the Ku Klux Klan there.

Some even believe that the bridge is haunted by evil spirits spawned by local occultists who have reportedly performed sacrificial rituals in the woods nearby.

Visitors swear that there is something supernatural about the bridge, and the structure has consequently been featured in a number of paranormal investigation shows including the popular series Ghost Adventures.

This is the eerie story behind the haunted Goatman’s Bridge. 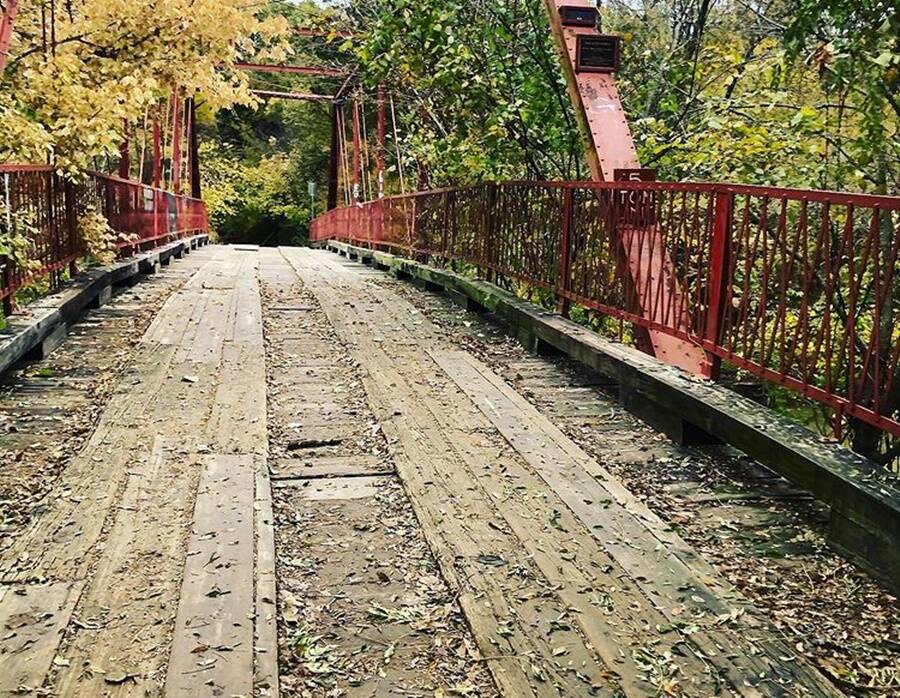 ghosthunter_girls/InstagramThe bridge was originally named after the old Texas village of Alton which shuttered in the 1850s.

Before the bridge became a magnet for ghost hunters, it was simply known as Old Alton Bridge. The name referred to the nearby town of Alton, which once occupied the area near the Goatman’s Bridge and was supposedly populated by one resident for a time.

The quaint area also included the Hickory Creek Baptist Church, the Alton cemetery, a saloon, and a school. 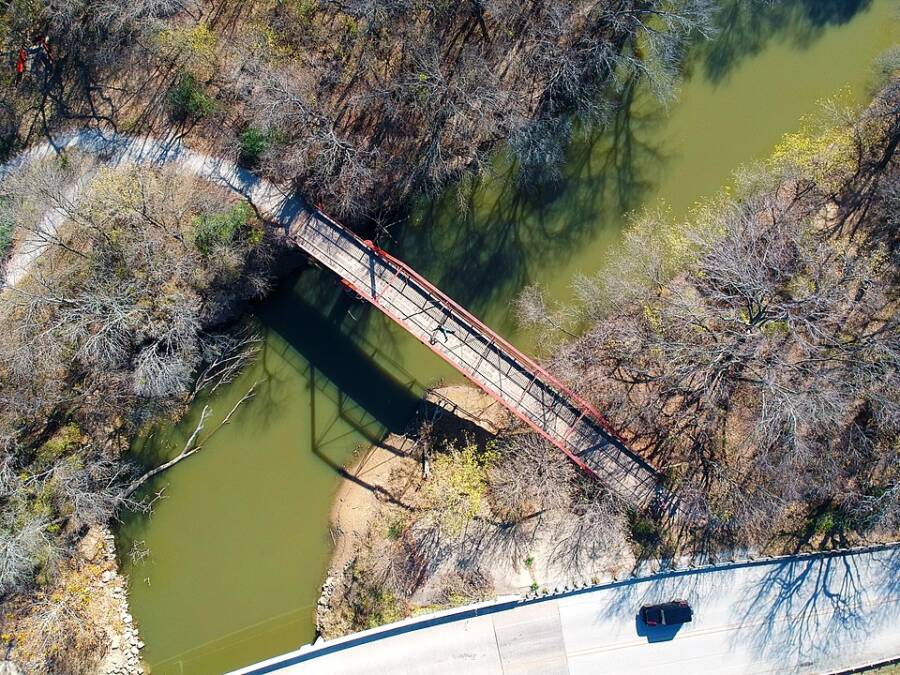 Alton was later abandoned after its county seat was moved to the neighboring town of Denton at the end of the 1850s. Everything was shuttered, leaving only the church and cemetery in place.

But the Hickory Creek that cuts through the land made transportation difficult, which led to the construction of a bridge by the King Iron Manufacturing Bridge Company in 1884. Hence, the structure was named Old Alton Bridge since it was built near the old settlement.

The simple yet sturdy bridge allowed developers to carry horses and automobiles across the river. The bridge now connects present-day Denton and the small town of Copper Canyon.

Today, the bridge is no longer fit for vehicle crossings. But thrill-seekers still frequent Goatman’s Bridge by foot to explore the legends that emerged after its construction.

The Old Alton Bridge Is Haunted By A Tragic Past 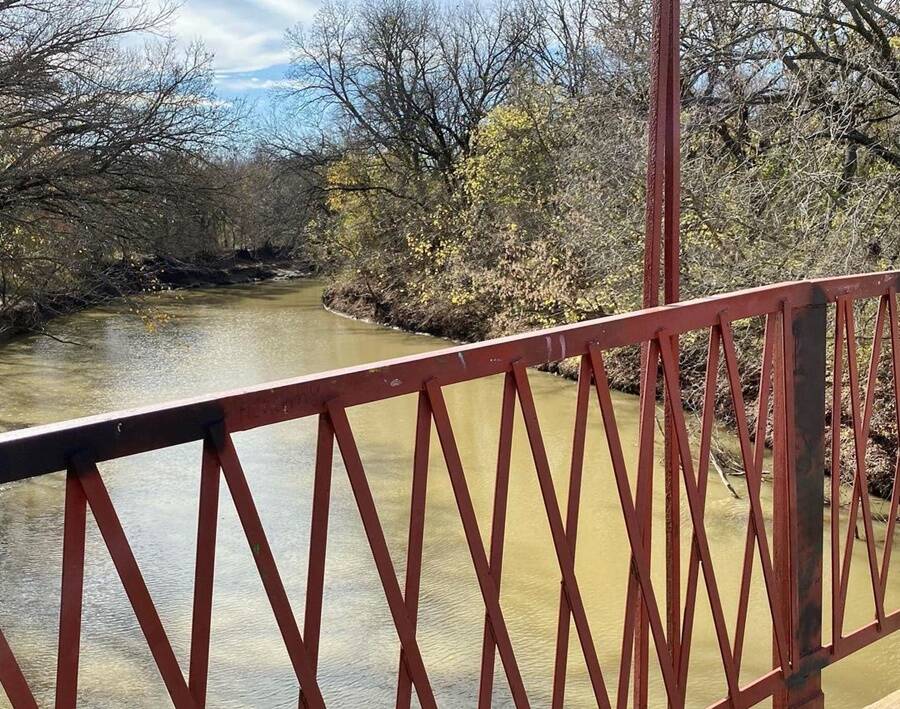 crafty.girls.life/InstagramAt least one witness claims that their friend was pulled off the bridge by an unknown entity.

The first tragic legend claims that a successful African American goat farmer named Oscar Washburn was murdered by the Ku Klux Klan on the bridge in the 1930s.

The story goes that Washburn was lynched by white supremacists then hanged from the edge of Old Alton Bridge. Washburn’s body ended up on the ground below the bridge after he was either thrown off by the Klansmen or his body slipped from the noose.

But when his killers went down to the water to fetch his body, it had disappeared. Some believe that Washburn’s spirit returned to the scene of his murder to seek revenge on his killers and has been haunting the bridge ever since.

Another version of Washburn’s legend posits that it is actually his wife who haunts the old structure. After Washburn’s body disappeared, the Klansmen are alleged to have returned to his home and murdered the rest of his family. 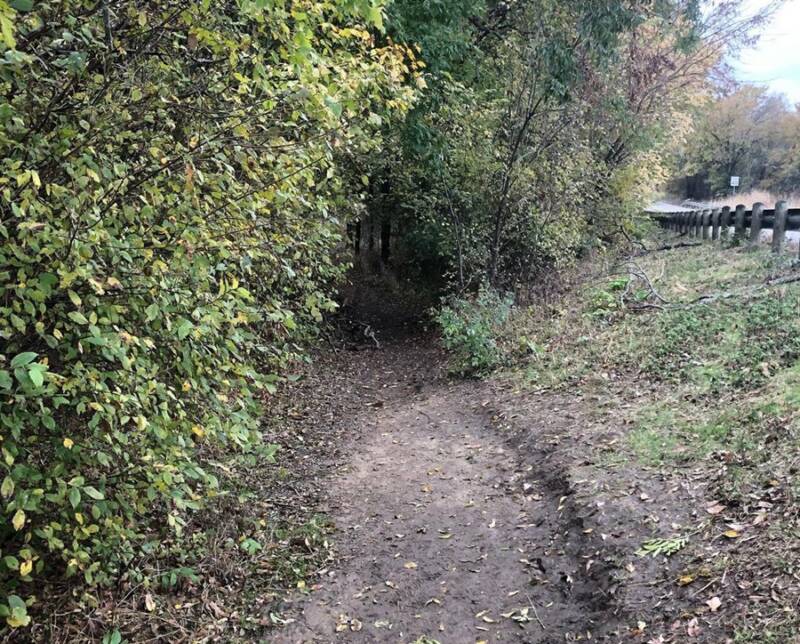 ghosthunter_girls/InstagramThe woods around the bridge are also supposedly haunted.

Another version of the famous Goatman’s Bridge legend involves a half-goat, half-man entity that guards the bridge and the forest around it. It’s said that the so-called Goatman can be summoned by knocking on the bridge three times.

Witnesses have reported sightings of a goat-like beast with glowing eyes. Others have claimed to hear sounds like hooves galloping on the bridge behind them and a growling voice ordering them to “get off the bridge.”

There have even been accounts of people being attacked by the alleged half-goat demon. At least one person who visited the bridge with a friend claimed they heard the growling voice. After the witness ran away, their friend who had remained on Goatman’s Bridge appeared to be dragged to the edge and thrown into the river by an unknown entity.

Occultists Took Over The Bridge

The bridge has become an unconventional tourist attraction due to its haunted reputation.

The bridge’s spooky reputation has since attracted amateur sleuths and paranormal investigators alike.

Goatman’s Bridge has been the subject of investigations on popular supernatural shows like Buzzfeed Unsolved: Supernatural and Ghost Adventures.

“The Goatman’s Bridge is my least favorite story,” said Shelly Tucker, who wrote the book Ghosts of Denton and leads local tours around Denton. “People always ask about it. They just gotta know.”

According to Tucker’s research into Denton’s local lore, there was no person named Oscar Washburn living in the area around the time of his alleged murder, nor were there any reports of lynching. But there were likely cases of lynchings that went unreported during the violent era of Jim Crow in the area. 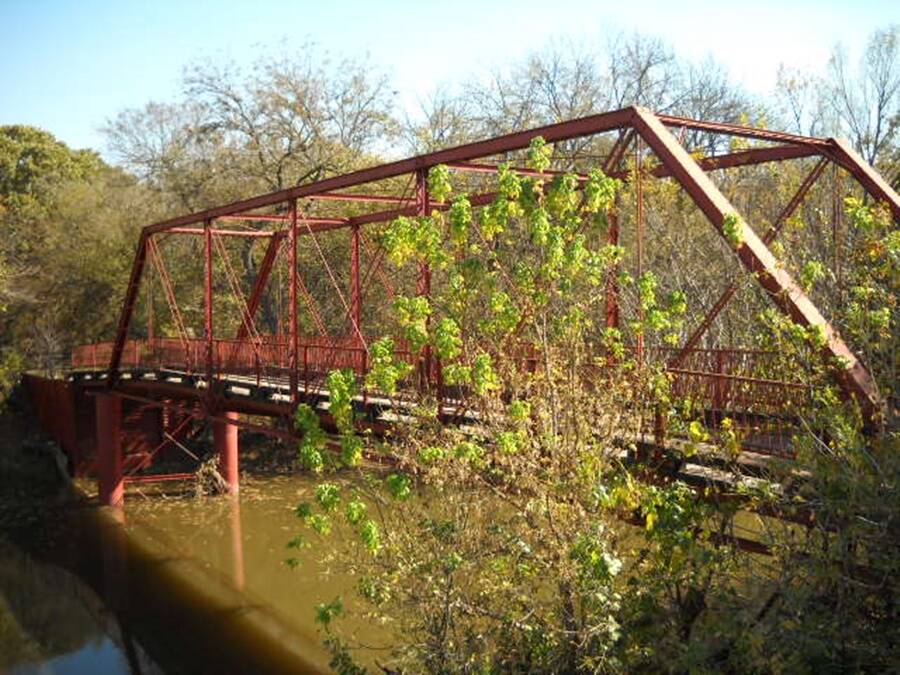 Wikimedia CommonsBecause of the alleged goat-demon that haunts it, Goatman’s bridge is a popular location for thrill-seekers and photographers.

There have also been reports of sacrificial rituals performed in the woods nearby, which believers of the supernatural argue is the true cause of the Goatman’s appearance. According to one local police officer, nearby pet stores have stopped selling cats because there were so many cats found slaughtered in a ritualistic manner around the area.

Haunted or not, the century-old bridge remains a popular site, even for those who are looking to take some peaceful photographs.

The terrifying legend of Goatman’s Bridge may excite the imagination of out-of-town visitors, but for most locals, the old bridge is just part of the scenery.

Now that you’ve learned about the scary legend of Goatman’s Bridge, go inside the mystery of the Overtoun Bridge, Scotland’s dog suicide hotspot. Then, check out these famously haunted castles.