Inside The Mystery Of Overtoun Bridge, Scotland’s Dog Suicide Hotspot

At least 300 dogs have jumped off Overtoun Bridge in Dumbarton, Scotland. And locals believe paranormal activity is to blame. 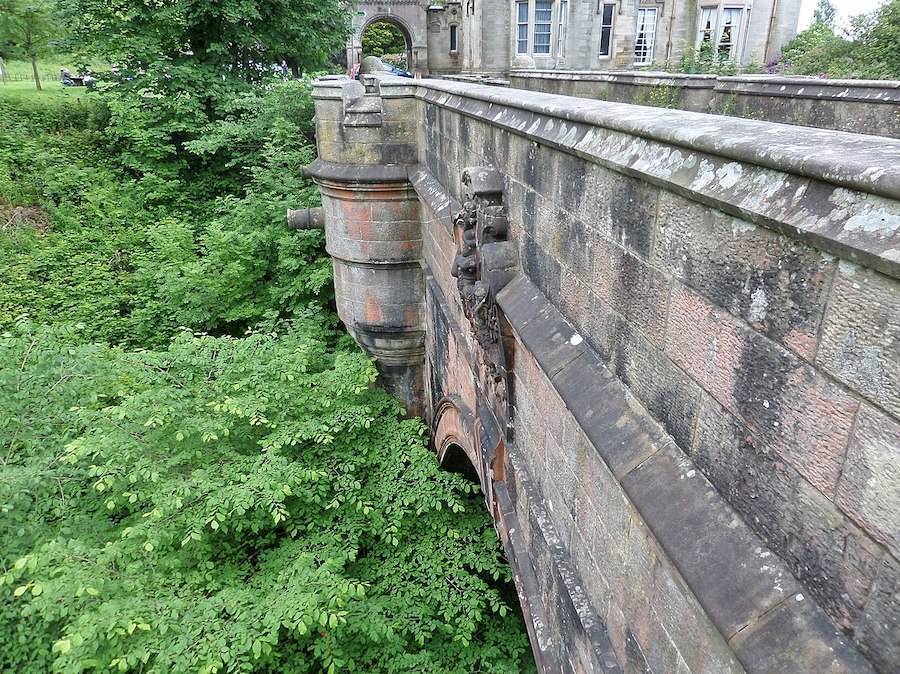 Wikimedia CommonsThe Overtoun Bridge. Hundreds of dogs have jumped off the bridge since the 1960s.

Dog walkers, beware. Since the 1960s, the Overtoun Bridge in Dumbarton, Scotland has been a mysterious hotbed for what locals have called “doggy suicides.”

According to The New York Times, local researchers estimate that at least 300 dogs have jumped off the bridge, while local tabloids report that the number is closer to 600. All in all, some 50 dogs have indeed died as a result of these unexplainable jumps from the bridge.

This eerie, sad phenomenon has earned the site the nickname “Dog Suicide Bridge.” 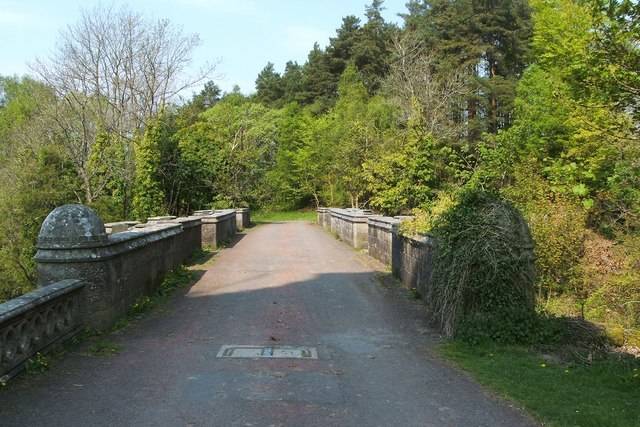 In the beginning, the land and property of Overtoun were still known as Overtoun Farm, in which the farmhouse stood on what is presently the formal garden. In 1859, the estate was eventually acquired by James White, who had retired from his legal practice to join his father and uncle in the chemical manufacturing business. Three years later, he built Overtoun House on the property.

When White senior died in 1884, his son, John White, hired landscape designer Henry Milner to design a bridge to join Overtoun with Garshake. The old Overtoun Bridge, as it stands, is an extension of the driveway that adjoins the Overtoun House.

The Overtoun Bridge, completed in 1895, has long since been a popular place with pedestrians and dog owners due in part to its ornate design and lush greenery on both sides. And since becoming a popular walking route, scores of walkers have reported strange happenings in which their dog somehow becomes “possessed” and runs toward the bridge before jumping off, likely to die on the rocks some 50 feet below.

Some witnesses claim to have watched dogs climb up the bridge’s wall before making the jump. In more disturbing reports, some have even said that dogs who have survived their first jump have returned to the bridge for another attempt.

The phenomenon has dog owners understandably on edge. Three years ago, Lottie MacKinnon was walking her border collie, Bonnie, over the Overtoun Bridge during one of their walking sessions. Suddenly, MacKinnon said she could sense something change in her dog.

“Something overcame Bonnie as soon as we approached the bridge,” MacKinnon said. “At first [Bonnie] froze, but then she became possessed by a strange energy and ran and jumped right off the parapet.” Bonnie, however, was one of the lucky ones to survive a jump off Overtoun Bridge. 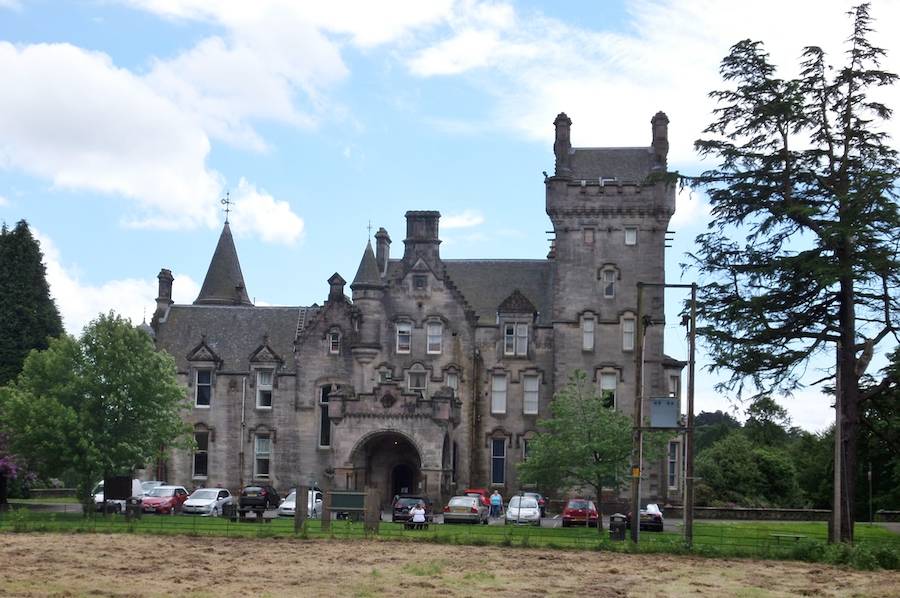 MacKinnon is not the only dog owner in recent years to have witnessed their dog “turn” while walking on the bridge. In 2011, David and Louise McPhail were walking their Labrador, Sophie on the bridge. Before Louise could even react, Sophie had taken the dive.

This trend of seemingly suicidal dogs jumping off Overtoun Bridge has caused enough distress among Dumbarton residents that the Scottish Society for the Prevention of Cruelty to Animals sent representatives to investigate. But investigators were left stumped. They simply could not figure out the mystery either. 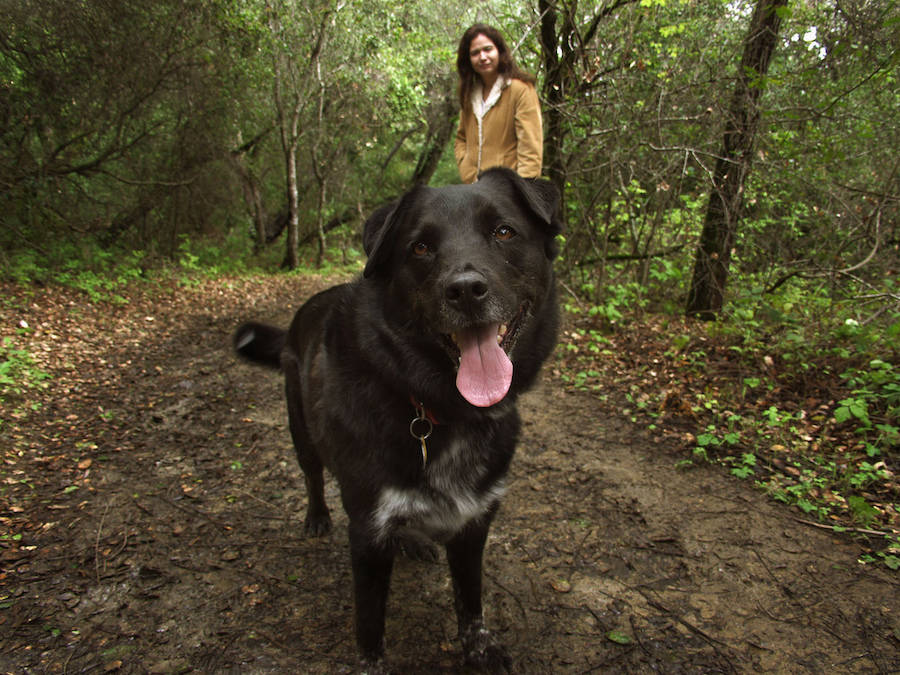 Alex Pearson/FlickrDog walkers in the town of Dumbarton, Scotland, are on edge because of the unexplainable rash of canine suicides.

Dumbarton residents are known to be admittedly superstitious, which certainly helps explain their theories about the dogs who’ve jumped off Overtoun Bridge.

“People in Dumbarton are very superstitious,” said Alastair Dutton, a local taxi driver. “We grew up playing in the Overtoun grounds, and we believe in ghosts here because we’ve all seen or felt spirits up here.”

Many locals are convinced that the force behind the phenomenon is paranormal. Local legend has it that the White Lady of Overtoun, believed to be the ghost of ex-estate owner John White’s grieving widow, has haunted the property to this day. Locals have talked of ghost sightings in windows and around the grounds, and some believe that the ghostly lady is likely compelling canines to jump to their deaths.

Meanwhile, others speculate that the cause behind the strange canine behavior is much more reasonable than anything having to do with ghosts.

Researchers and animal experts familiar with the Overtoun Bridge case have suggested that the dogs are simply attracted to the strong scents given off by the mammals living in the lush gorge below the bridge. This theory is supported by the fact that dogs have an incredibly keen sense of smell, but do not have very good eyesight (relative to humans).

Dogs can smell about 100,000 times better than human beings, and are obviously known to be attracted to various strong scents. This likely explains why dogs will often good-naturedly bring their owners surprise “gifts,” like trash, dead animal carcasses, and sometimes even feces.

Scientists and biologists believe that dogs act this way so that they can mask their own scent. This harkens to our furry friends’ biological ancestor, the wolf. Wolves are known to roll around in dead animal remains before they hunt. This is done to mask their own scent and throw off their prey; it is essentially a survival instinct. 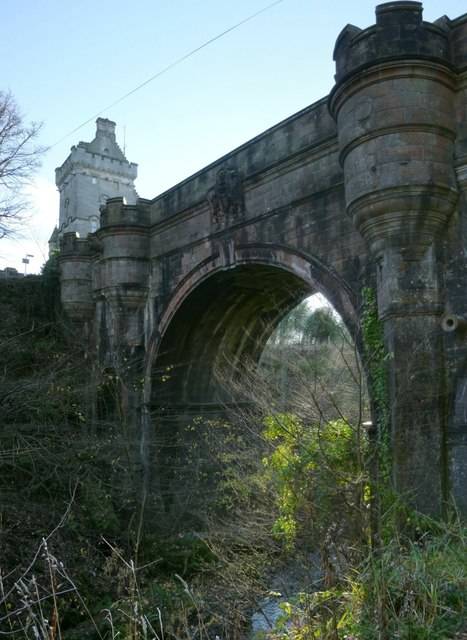 Dr. David Sands, a renowned animal behaviorist called on by the Dumbarton council to investigate the cause of the jumping dogs, agrees with this biological theory. He also suggested that the jumping might have to do with the difference in perspective between dogs and humans.

“Their world is different than ours,” Dr. Sands said. “We’re elevated, on the average five-foot, six-foot. So we got a much greater perspective of the environment. The dogs have a very low level perspective.”

Dr. Sands believes the cause could just be a perfect storm of different factors combined.

“The question is, why this bridge? Why Overtoun Bridge over all the other bridges that are here in this country? It could be that this [place] has this unique recipe of wildlife, of structure, of the number of dogs that are crossing it,” Dr. Sands told the Science Channel in an interview.

“And maybe that’s enough to make this bridge unique over all the other bridges.”

A look at the history of dog suicides on Overtoun Bridge from Science Channel.

Whatever the cause may be, the Overtoun Bridge continues to be a hotspot for jumping dogs. Thus a local member of parliament called on the Dumbarton Council to erect clearly marked warning signs around the area of the Overtoun Bridge in hopes of curbing this bizarre and macabre trend.

After reading about the mystery of Scotland’s “Dog Suicide Bridge,” read up on two of the most heroic dogs of the 20th century, Hachiko and Balto.