David Matheson, formerly a prominent Mormon gay "conversion therapist," has divorced his wife of 34 years and come out as a gay man. 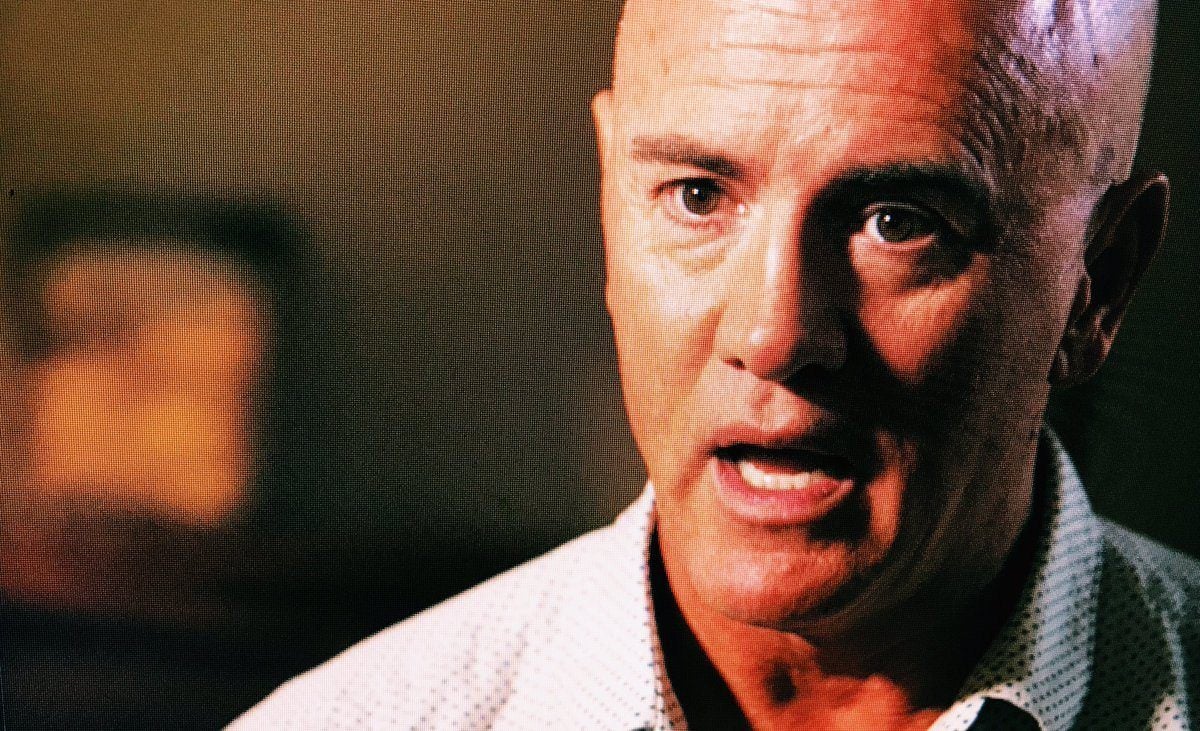 David Matheson has been known as the “intellectual godfather” of “ex-gay therapy” — a pseudo-scientific conversion practice that nearly 700,000 LGBTQ adults in the United States have either willingly or forcibly undergone as a path to attempt to become heterosexual.

According to NBC News, however, Matheson has recently had a change of heart — and has officially come out of the closet himself. The 57-year-old licensed therapist announced his newfound clarity regarding his sexuality in a Facebook post in January and divorced his wife of 34 years.

David Matheson has served as one of the primary architects of these conversion programs, sessions, and weekend retreats for years. Whether it’s ensnared underaged teens forced to attend by their distraught parents or even voluntary participants, this “reparative therapy” is still legal in 35 U.S. states.

While much of the supposed therapy is rooted in conversation and team-building activities, a 2018 report by UCLA’s Williams Institute found “aversion therapy” elements such as induced vomiting and electric shocks as alternative tools used by the program.

As for David Matheson, the former gay conversion therapist, now publicly living as a gay single man, he’s made it clear that he’s aware of his mistakes — but that “internalized homophobia” isn’t as easy to remove as others might think and even claimed that some of the conversion sessions likely helped a few participants.

Homophobia Even After Coming Out

A year ago I realized I had to make substantial changes in my life. I realized I couldn’t stay in my marriage any…

Matheson’s coming-out post came in response to LGBTQ nonprofit Truth Wins Out getting a hold of a private Facebook post by “conversion therapy” advocate Rich Wyle. He claimed that Matheson “says that living a single, celibate life ‘just isn’t feasible for him,’ so he’s seeking a male partner.”

The former conversion therapist then confirmed these hushed whispers on his own page, admitting that he couldn’t rightfully continue his heterosexual marriage of 34 years, and needed to face facts. David Matheson was gay, and no variety of programs, exercises, or therapy would change that.

In an interview with the U.K.’s Channel 4 News, however, the former “gay conversion” leader remained oddly opaque about his stance on these practices continuing without him. While admitting that he cringes at some of the programs and sessions he helped create — Matheson suggested some of the participants benefited from their time there.

A variety of homophobic scenarios were recreated as part of the curriculum of the retreats. One of the participants said it left him traumatized, even suicidal, for years. Of course, the retreat — which continues, without Matheson — denied this, and claimed they construct painless therapies that help people process their homosexual feelings.

“We were well-intended,’ said Matheson. “But what we didn’t think about at the time was — ok, it may be helpful to these five, but these two or three or four or five or ten over here could get really messed up by that.”

A Channel 4 News mini-doc on David Matheson and his newfound clarity.

Almost all major health associations — including the American Medical Association and the American Psychological Association — have denounced the practice Matheson and his colleagues trafficked in. There is simply no scientific evidence that homosexuality can be “cured” — never mind the fact that it needs to be.

Matheson, fortunately, is in full agreement with this fact. These days, as a gay man who confirmed he was happily dating men — he’d be even harder to read if he wasn’t. Nonetheless, he said he still felt torn in regards to the supposed simplicity of not being homophobic.

“One of the really uncomfortable things that I’ve been discovering is…I’m homophobic,” he said. “And as I look back, I see that I clearly had a lot of homophobia. And I still have these stigmas about gay people.”

“I’ll learn that someone’s gay and I’ll have this thought, this kind of homophobic thought and I’m like, ‘Dave that’s you, too.’ So, homophobia, when it’s in you — internalized homophobia — that’s a really real thing and a really tough thing to work through.”

“I’m surprised that it’s still so strongly there.”

David Matheson aka the 'Godfather' of gay conversion therapy has confirmed he is gay. He still defends his previous work, claiming it's not a 'sham'. pic.twitter.com/gVmDLIgMVI

To his credit, Matheson took the time to explain this troubling, contradictory set of emotions. On one hand, he’s hurt countless people with his supposed therapy and is seemingly honest about the regret he feels.

On the other hand, he’s unable to completely renounce his involvement, even as his own practices couldn’t keep him from accepting his own homosexuality.

David Matheson pointed toward his Mormon upbringing, and the “shame-based, homophobic-based system” it perpetuated, instead. He also claimed that some of the men in his programs were helped by his therapy and that it allowed them to live “in congruence” with their faith.

“I know there are people who won’t be satisfied by anything less than a complete and unequivocal renunciation of everything,” he said. “That’s hard, because I want people to feel the genuineness of my change of heart, but people need to understand that there is more than one reality in the world.”

The caveats here are perplexing, and perhaps a result of decades of suppression, compartmentalization, and a confused combination of regret about the past and gratitude for his newfound liberation. When asked if he regretted his past work, for instance, he didn’t waver for a second.

“I mean, it’s horrifying to think that I was part of a system that held people like me down. I’ve had some conversations with other people that have been harmed by it — it creates a lot of sorrow.”

David Matheson began the work he now semi-renounced as a protege of Joseph Nicolosi, who founded the National Association for Research and Therapy of Homosexuality (NARTH). His contributions to the development of programs used therein span decades.

His 2013 book, Becoming A Whole Man, however, already hinted at his own struggles to suppress his true sexuality. The book describes a “six-year quest” to remove the “unwanted” feelings he was battling. According to Matheson, he had to make a strong effort to follow his own teachings in order to effectively “help” his own practitioners.

“It was very much motivated, particularly in the beginning, by the idea that I need to believe I can change, and so I need to try my hardest to help you change,” he said.

Some of the sessions Matheson helped create apparently embarrass him, still.

Specifically, David Matheson recalled sessions that forced people to hold and touch each other, which made some people uncomfortable. One of these sessions asked people to take their clothes off, which Matheson thought, at the time, would remove the stigma of shame for those involved.

He claimed that this did help some, “but there were a lot of other men that really got freaked out by that. And so now I look back on that and I’m like, please tell me that didn’t happen. Please tell me we didn’t create that in there.”

The Fight Against Conversion Therapy 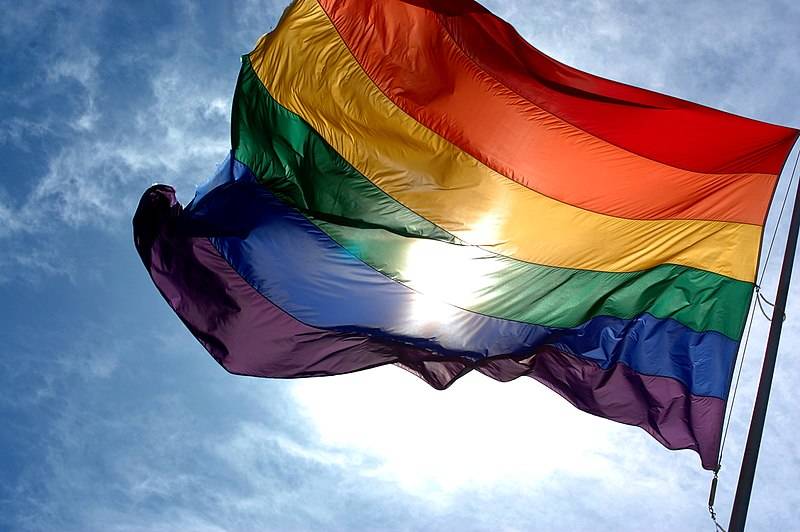 Chaim Levin may well be one of those “other men” Matheson described. Levin said he was damaged psychologically by his programs, and that this newfound clarity on Matheson’s behalf isn’t good enough to undo the damage he’s done.

“While I am pleased for Mr. Matheson that he has found a path forward for his life, I can’t help but think of the hundreds if not thousands of people who are still stuck in the closet, a closet that was created in part by Mr. Matheson himself,” said Levin.

“I hope that Mr. Matheson will do whatever he can to rectify the harm that he’s inflicted on many people in the LGBTQ community, myself included.”

The Williams Institute’s own research bears this out: Programs like these do far more harm than good and can psychologically hurt participants irrevocably. The 2018 conversion therapy report stated that attempts to change someone’s sexuality or gender identity are directly correlated to decreased mental health — including suicide.

Fortunately, states in the U.S. are increasingly taking note and banning this baseless practice of conversion. While New York only became the 15th state to do so earlier this year, it seems the tides are slowly turning and a trend toward fact-based changes has begun.

At the very least, David Matheson’s story — despite his unwillingness to firmly declare this kind of work to not only be fruitless, but dangerous — will likely help a few others see the light.

“To the men whose internalized homophobia I colluded with or who went away from therapy feeling that, really was kind of hurtful to me, I am so sorry,” he told The Guardian. “I got into this because I really had a sense of compassion and love to this community.”

After this look at David Matheson, read about the infamous Mormon underwear known as the temple garment. Then, learn the facts about Mormonism and polygamy.