The Ins And Outs Of Polygamy And The Mormon Church

Mormonism’s relationship with polygamy is hard to shake — so just how did it all start, and why? 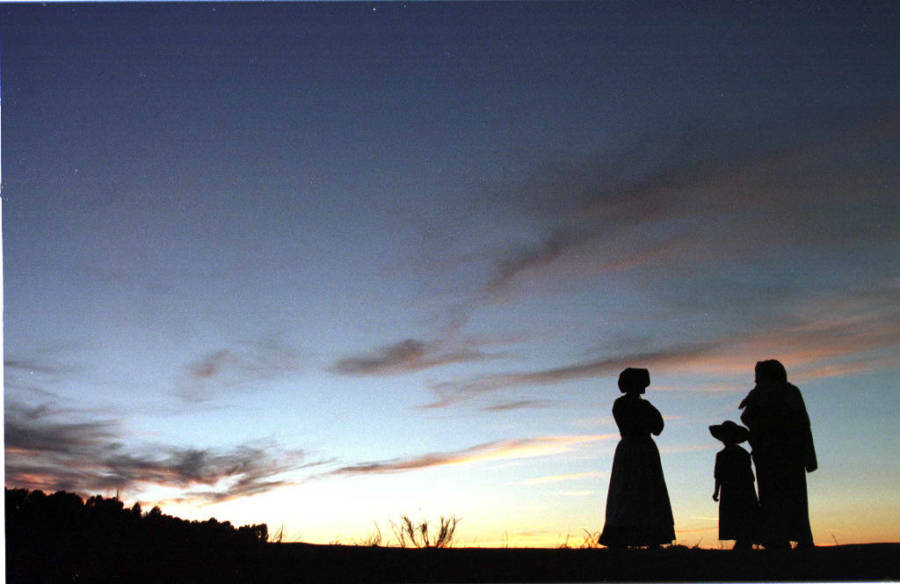 As the United States teetered on the brink of civil war in 1856, the Republican Party panicked. At that year’s presidential convention, discussion centered largely on slavery and the crisis that would unfold if it continued to expand westward.

But something else out west troubled convention goers — so much so that the party platform referred to it as one of the “twin relics of barbarism.” That evil was polygamy, and along with slavery, it was something that the Republican Party felt must be prohibited in the new territories.

At that point, Mormonism’s founder, Joseph Smith, had instituted the practice of plural marriage over a decade ago — and the U.S. federal government, mirroring public opinion, had been trying to squash it for just as long.

However, by the turn of the 20th century, that feud was over, Utah had become a state, and Mormonism’s high profile leaders had banished the practice. Today, only a few fringe sects still practice polygamy, and the church regularly excommunicates those they find conducting it. So just how did polygamy start, and why? 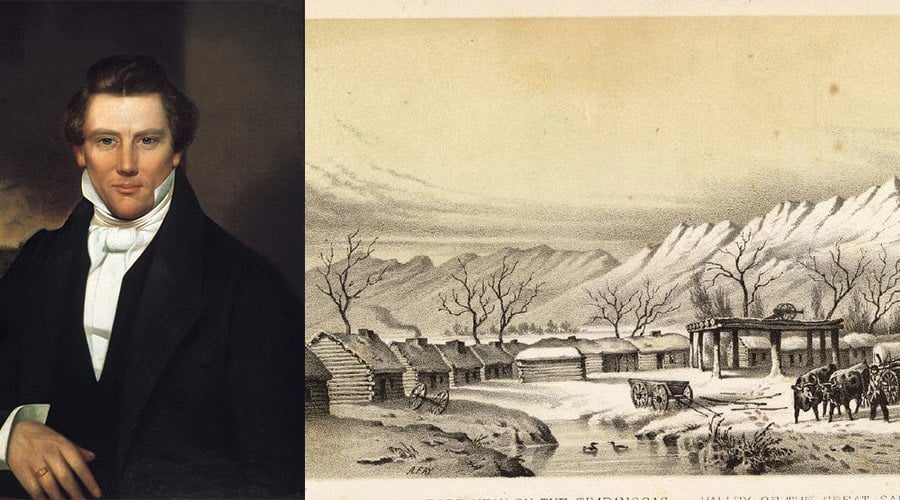 Wikimedia Commons Joseph Smith and a depiction of an early Utah settlement.

By the time of his death in 1844, Joseph Smith is believed to have married at least 33 women, with some as young as 14 years old.

In getting there, Smith had to have done something pretty big, which for all intents and purposes was publishing the Book of Mormon, a religious text Smith translated from gilded plates and which describes the history of Hebrews who came to North America thousands of years ago.

This being religion — and therefore something founded in faith, not fact — dismissing Smith’s revisionist history as crazy misses the point. All religions have their founding myths; what is “rational” has little place in assessing their validity.

What it does point to, though, is the idea that if you can get people to believe in that founding myth, you might feel like you can make even bolder claims to your followers — like the idea that having multiple wives gets you closer to God.

Some historians think that in 1831 Smith had his first revelation which gave way to such a notion. In the revelation, described years later to Mormon leader Brigham Young by early Mormon William Phelps, Smith is alleged to have said:

“[I]t is [Jesus Christ’s] will, that in time, ye should take unto you wives of the Lamanites and Nephites [i.e., Native Americans], that their posterity may become white, delightsome, and Just, for even now their females are more virtuous than the gentiles.”

Racism aside, using divine decree to justify sexual intercourse with multiple natives is hardly exclusive to Smith — that was more or less the MO of Spanish conquistadors operating in the Americas some centuries prior. And in terms of eking out a lasting colony in relatively inhospitable territory, from a strategic and historical standpoint it makes sense. 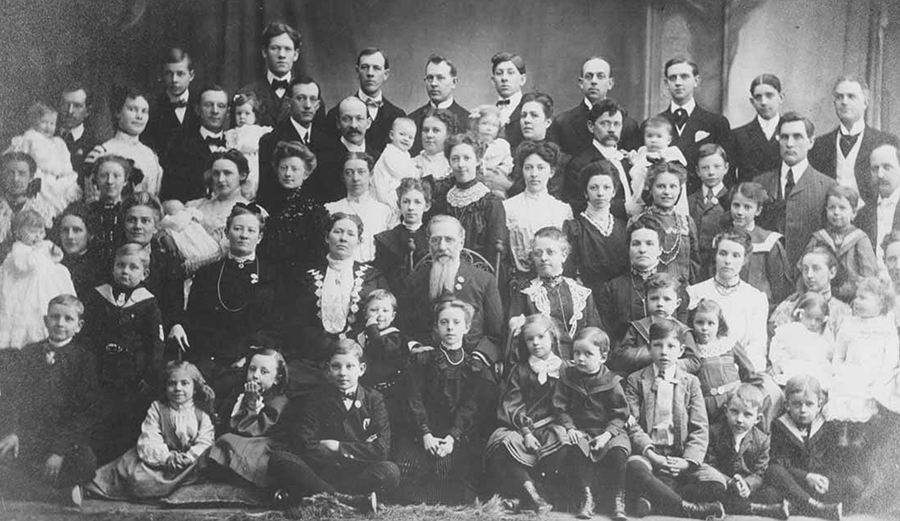 A little over ten years later, Smith had another polygamy-related revelation whose veracity is much more widely accepted by historians. On July 12, 1843, Smith is said to have dictated this vision to church leader William Clayton, who wrote in his journal:

“Wednesday 12th This A.M, I wrote a Revelation consisting of 10 pages on the order of the priesthood, showing the designs in Moses, Abraham, David and Solomon having many wives & concubines.”

Clayton also wrote that when Smith told his wife Emma about his plural marriage vision, “she did not believe a word of it and appeared very rebellious.”

The revelation — which Smith and his wife attempted to keep secret until 1852 (along with the practice of plural marriage) — added that plural wives “are given unto him to multiply and replenish the earth” and that while a man must ask for his first wife’s consent before wedding another, the first wife will be “destroyed” by Christ if she doesn’t consent. 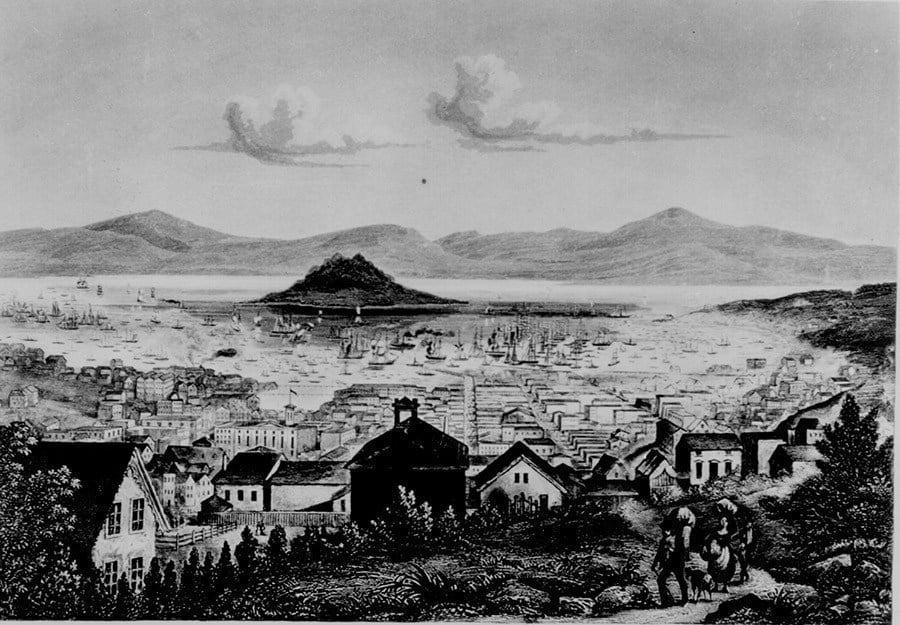 That Smith spoke “the word of God” in his advocation for plural wives didn’t seem to make the polygamy pill any easier to swallow for Mormons. As the Church of Latter Day Saints wrote, “few Latter-day Saints initially welcomed the restoration of a biblical practice entirely foreign to their sensibilities.”

Still, as Smith was the Prophet, multiple marriages became official doctrine of the theocratic state by 1852.

That’s not to say everyone participated, though. Polygamy was reserved for men only, and only for certain men at that. Indeed, only those who “demonstrated unusually high levels of spiritual and economic worthiness” could take multiple wives, and were to do so “only at special times for his purposes.” As such, best estimates have it that men with two or more wives composed only around five to 15 percent of Mormon communities.

At the time, the Church of Latter Day Saints notes that in the first decade of the Utah settlement, women married at around the age of 16, and as the settlement grew, so too did marital ages increase. To be “officially authorized,” plural marriages had to be performed by the Church’s presiding authority — otherwise, it was considered adultery.

After the “sealing ceremony,” plural marital life would begin. Contrary to popular belief, it wasn’t really defined by copious amounts of sex. Some wives would be sealed for “eternity only,” meaning that they wouldn’t engage in conjugal relations with their husband.

For those sealed for time and eternity, sex was indeed part of the marital experience, which according to Brigham Young University looked like this:

“Sometimes the wives simply shared homes, each with her own bedroom, or lived in a “duplex” arrangement, each with a mirror-image half of the house. In other cases, husbands established separate homes for their wives, sometimes in separate towns.

Although circumstances and the mechanics of family life varied, in general the living style was simply an adaptation of the 19th century American family. Polygamous marriages were similar to national norms in fertility and divorce rates as well.”

That’s not to say life in Salt Lake was a 19th century snippet from the Stepford Wives. Sealed women would say they felt powerless, or develop intense rivalries with other women due to unequal treatment, conditions and attention paid to them. 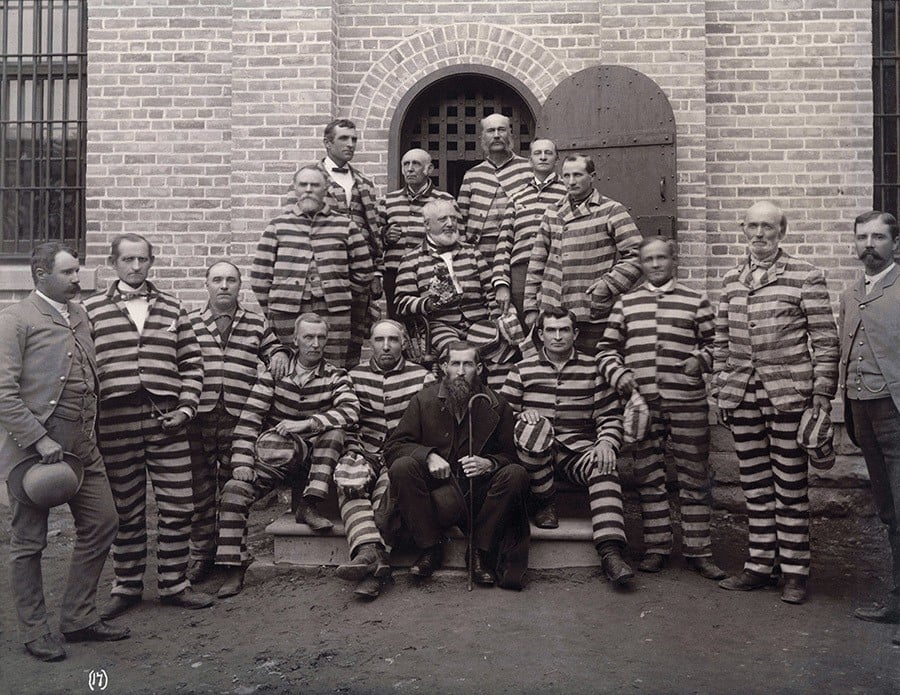 Charles Roscoe Savage/Harold B. Lee Library Portrait of polygamists in prison, at the Utah Penitentiary, 1889.

While Mormons believed that polygamy strengthened their identity and brought them closer to their religious patriarchs, the practice stood at odds with prevailing practice in the United States, and a federal government that wanted to maintain control of territories captured further west.

In 1862, Congress criminalized polygamy, but given the amount of loopholes the law had — and the fact that it would have to go through Utah courts, which were dominated by Mormons — it was more or less ineffective. A little over a decade later, in 1874, the Poland Act made it such that polygamy cases would be heard at federal courts and with federally appointed judges, diminishing a case’s chances at being heard and dismissed by a Mormon court.

By 1880, Brigham Young had died and the Church had a new leader, John Taylor. After claiming to have had a “revelation” from Jesus and Smith commanding him to continue polygamy, Taylor vowed not to abandon the practice even before an increasingly hostile federal government. As a result, Taylor would eventually have to go into hiding.

By 1887, in an attempt to bring the practice to its knees, Congress passed the Edmunds-Tucker Act, which stripped voting rights from polygamous men and their wives; froze the Church’s assets, and deemed all plural marriages illegitimate in the eyes of the federal government. Mormons took their opposition to the law to the Supreme Court, who ruled it constitutional.

Before such a crisis, Mormon leadership bowed to the will of the state. In 1890, the Church’s new president, Wilford Woodruff, ended the practice — and by effect ensured the Church’s survival.

Just to make extra clear that the practice wouldn’t come back, the United States stipulated that if Utah wanted statehood — which it won in 1896 — it had to place a ban on polygamy in its constitution.

Why Polygamy Is Still Associated With The Mormon Church 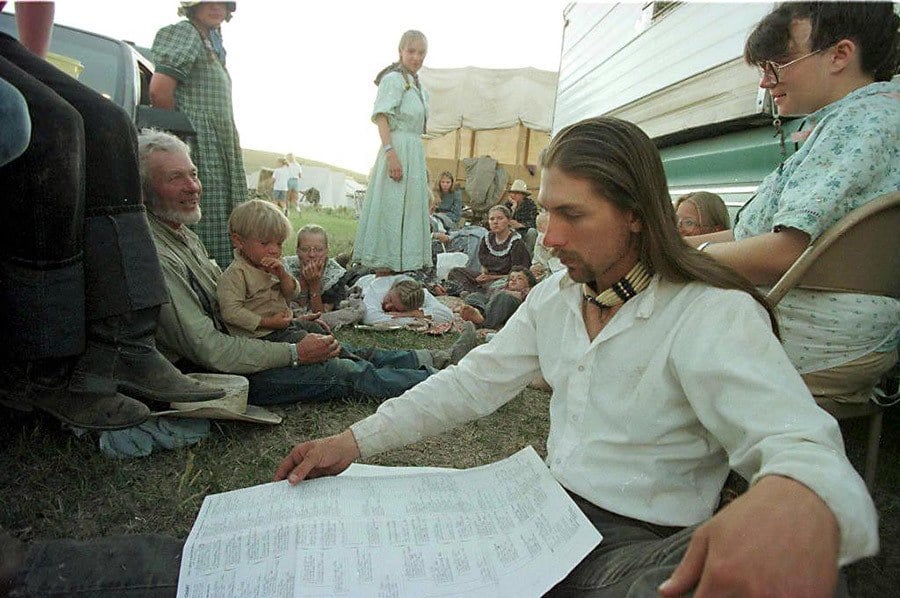 MIKE NELSON/AFP/Getty Images Jared Ashby reads from the family history about his ancestors’ trek across western America with the first Mormon pioneers 150 years ago.

As Anne Wilde, a spokeswoman for Principle Voices, a Utah-based group that educates the public on polygamy, told CNN, “If those are eternal doctrines, then how can man change them? They can change procedures, but when they start changing eternal doctrines that God has said…that’s where I draw a line.”

Wilde says that just under 40,000 fundamentalist Mormons remain (out of a population of 6.1 million practicing Mormons in the United States), and continue to practice plural marriages because they believe they are necessary to enter the celestial kingdom, the greatest exaltation of the Mormon faith.

That’s not to say that all of these fundamentalists look and dress like the men and women who appear on TLC’s “Sister Wives,” though. The show depicts the lives of members of the Fundamentalist Church of Jesus Christ of Latter Day Saints, and for better or worse has become something of a public face for fundamentalist Mormons — and Mormonism writ large.

While Wilde hopes that outsiders “don’t paint us with the same brush,” she ultimately wishes that she — along with her fundamentalist peers — would be granted a bit more autonomy in shaping the contours of marital life.

“We don’t want [polygamy] legalized. We want it decriminalized,” Wilde said. “We’d just as soon they [government officials] stay out of our marriages. Our marriage is for all time and eternity. The priesthood is the important thing, not the law of the land.”

Next, check out these interesting religions as well as our visit to Kentucky’s Creation Museum.