"Who’s so stupid to steal a toilet?" the toilet's creator pondered before remembering that his piece was made out of solid gold. 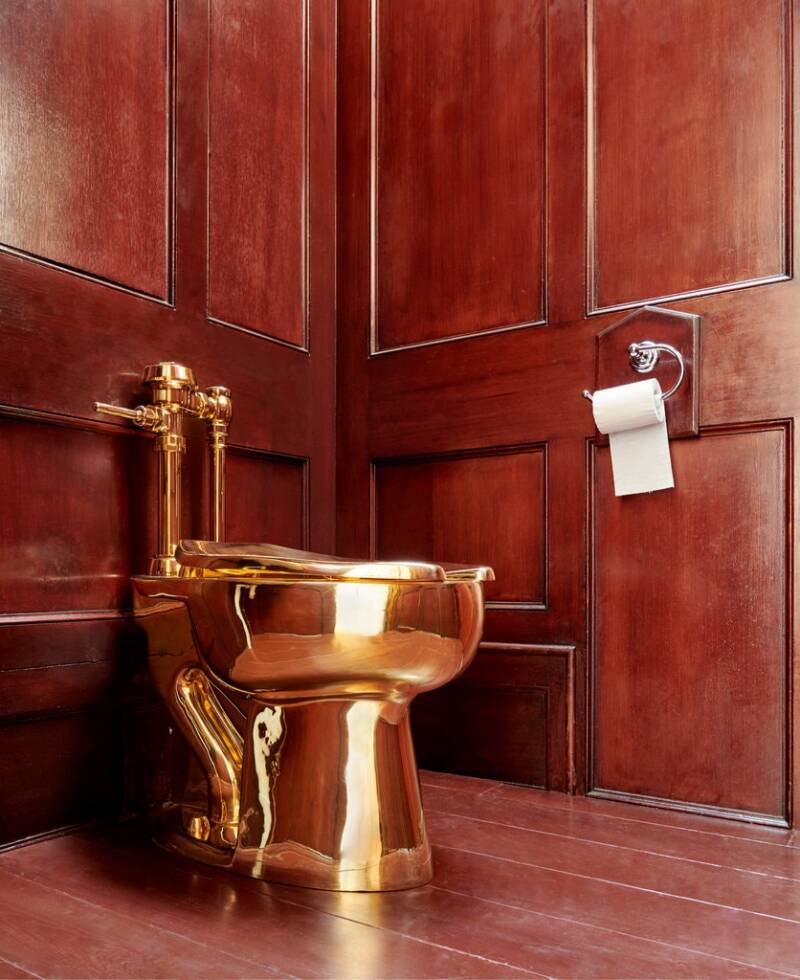 Tom Lindboe via Blenheim Art FoundationThe gold toilet was an art piece made out of 18-karat gold with an estimated value of $6 million.

The heist of a rather unusual work of art has befallen the historic hallways of Blenheim Palace, the birth place of Britain’s Sir Winston Churchill.

According to the BBC, an 18-karat solid gold toilet valued at £4.8 million or $6 million has been stolen.

The fully-functional golden toilet called “America” was the handiwork of Italian artist Maurizio Cattelan, who created it as part of an exhibit titled “Victory is Not an Option” that was showing last week at the 18th-century state home in Oxfordshire.

When Cattelan was first informed of the theft, he thought it was a ridiculous prank.

“Who’s so stupid to steal a toilet?” the artist wrote to the New York Times, before adding, “I had forgotten for a second that it was made out of gold.”

The golden loo made a previous appearance stateside at the Guggenheim Museum in New York City, where visitors were allowed to book three-minute slots to use the working lavatory as they pleased; the gold toilet is totally Instagram-able and proved to be a hit with museum-goers.

“[It’s] the idea of something that’s incredibly precious and elite being made accessible, potentially to everybody, as we all need to go when we need to go,” said Blenheim Palace CEO Dominic Hare. “And it’s ironic, really, that two days after this was made accessible, it was snatched away.”

Speaking on BBC Radio 4’s Today program, Hare acknowledged the risk that the curators had taken with the extravagant yet accessible piece.

“You always take a risk in showing art,” Hare said. “The safest thing to do with art, I suppose, is to put it in a strongroom and lock the door…. We think that risk is worth taking.”

Hare likened the crime to a “heist movie” before admitting that the estate was looking at improving its already “sophisticated security system.”

He also didn’t rule out the possibility that the thieves (investigators believe the robbery was carried out by a group of people commandeering at least two vehicles) would likely melt the golden toilet so they could cash in on its raw form.

Precious metals dealer Peter Pienta, who has been buying and selling gold for nearly 50 years in the U.S., said the scenario was indeed possible.

“That is a very, very valuable toilet,” Pienta pointed out. “If they had a refinery or gold smelting equipment ready, it could be melted into gold bars in days and there would be no way to trace them. They could really go into any place that would buy a bullion.”

The stolen toilet has not only been a massive monetary loss, but it has also caused physical damage to the Blenheim Palace estate since it had been installed into a working plumbing system. 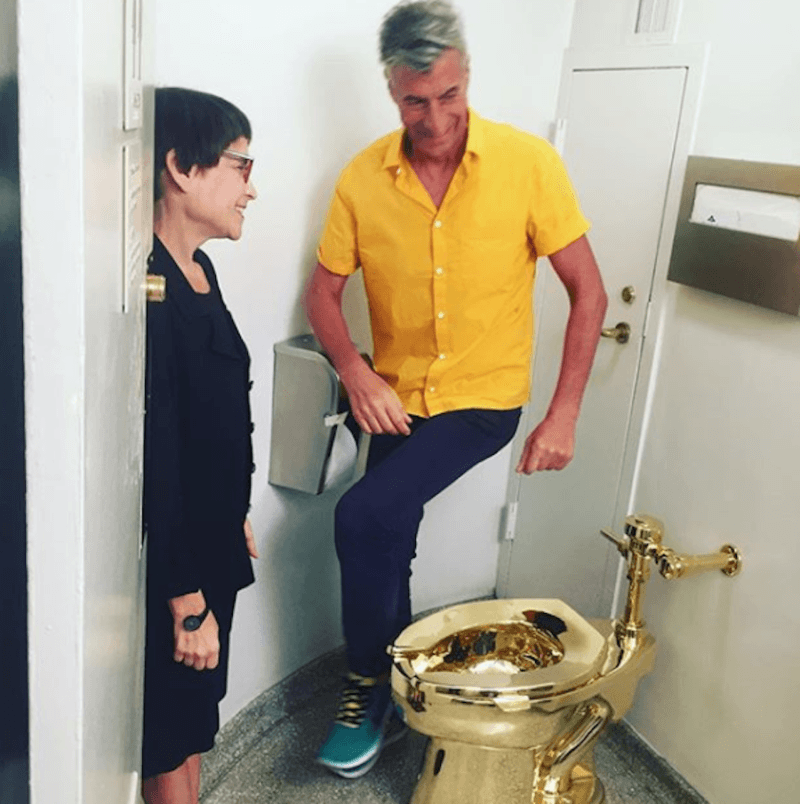 InstagramItalian artist Maurizio Cattelan with his creation, “America,” at the installation at the Guggenheim.

But why make a gold toilet in the first place? Cattelan, the toilet’s creator, explained that the precious lavatory was meant to be a satire on excessive wealth.

“Whatever you eat, a $200 lunch or a $2 hot dog, the results are the same, toilet-wise,” the artist previously stated. “‘America’ was the one percent for the 99 percent, and I hope it still is. I want to be positive and think the robbery is a kind of Robin Hood-inspired action.”

The artist’s hope has yet to come to fruition as British authorities have not charged anyone of the robbery.

If authorities are unable to catch the thieves, the criminals may have just gotten away with a royal flush.

Now that you’ve been informed of the golden toilet heist baffling British police, read about the amateur sleuths that claim to have found a gold-packed Nazi amber room. Then, read about Chinese Muslim explorer Zheng He, whose fleet traversed the world even before Europeans “discovered” the Indian Ocean.