The Heartbreaking True Story Of Hachikō, The World’s Most Loyal Dog

When Hachikō's owner failed to come home from work one day, the faithful dog returned to his master's train station the day after just to wait for him. He did this every day for nearly a decade.

Hachikō the dog was more than a pet. As the canine companion to a university professor, Hachikō patiently waited his owner’s return from work at their local train station each evening.

But when the professor died suddenly one day at work, Hachikō was left waiting at the station — for nearly a decade. Every day after his master passed, Hachikō the dog returned to the train station, often to the chagrin of the employees who worked there. But his fidelity soon won them over, and he became an international sensation and a symbol of loyalty. 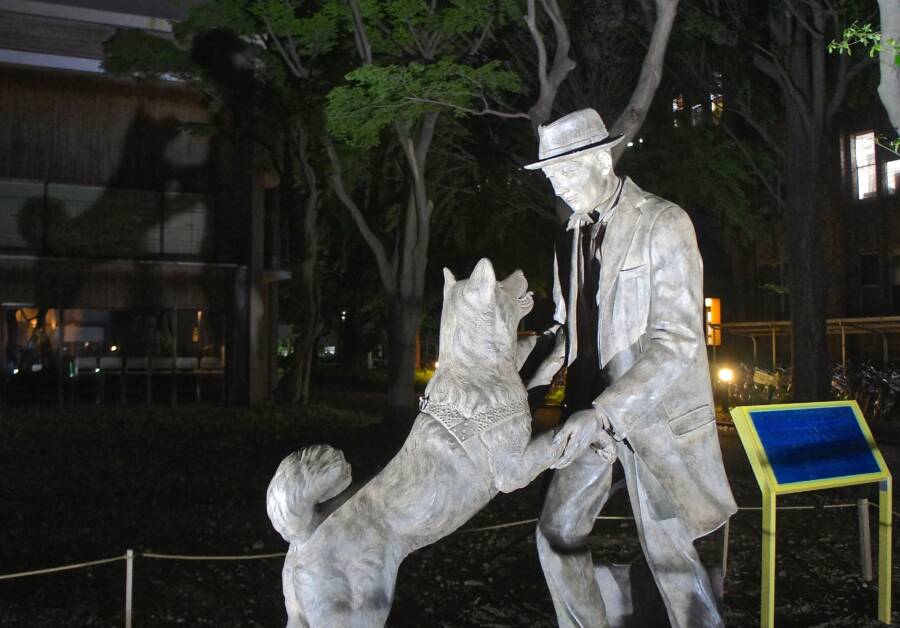 Manish Prabhune/FlickrThis statue commemorates the meeting of Hachikō and his master.

Hachikō the golden brown Akita was born on Nov. 10, 1923, on a farm located in Japan’s Akita Prefecture.

In 1924, Professor Hidesaburō Ueno, who taught in the agriculture department at Tokyo Imperial University, acquired the puppy and brought him to live with him in the Shibuya neighborhood of Tokyo.

The pair followed the same routine every day: In the morning Ueno would walk to the Shibuya Station with Hachikō and take the train to work. After finishing the day’s classes, he would take the train back and return to the station at 3 p.m. on the dot, where Hachikō would be waiting to accompany him on the walk home. 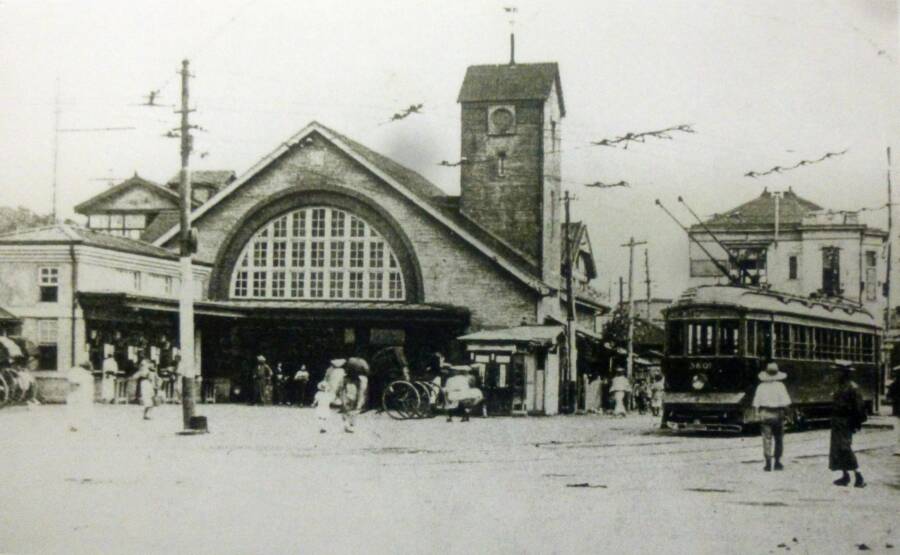 Wikimedia CommonsShibuya Station in the 1920s, where Hachikō would meet his master.

The pair kept up this schedule religiously until one day in May 1925 when Professor Ueno suffered a fatal brain hemorrhage while teaching.

That same day, Hachikō showed up at 3 p.m. as usual, but his beloved owner never got off the train.

Despite this disruption in his routine, Hachikō returned the next day at the same time, hoping that Ueno would be there to meet him. Of course, the professor failed to return home once again, but his loyal Akita never gave up hope. 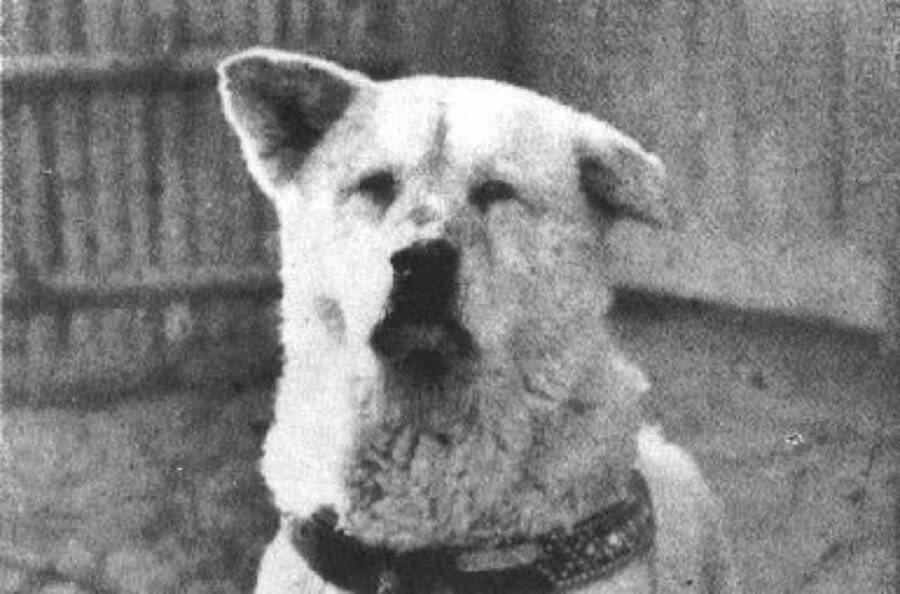 Wikimedia CommonsHachikō was only one of 30 purebred Akitas on record at the time.

Hachikō was reportedly given away after his master’s death, but he regularly ran off to Shibuya Station at 3 p.m. hoping to meet the professor. Soon, the lone dog began to draw the attention of other commuters.

At first, the station workers were not all that friendly to Hachikō, but his fidelity won them over. Soon, station employees began to bring treats for the devoted canine and sometimes sat beside him to keep him company.

The days turned into weeks, then months, then years, and still Hachikō returned to the station each day to wait. His presence had a great impact on the local community of Shibuya and he became something of an icon.

In fact, one of Professor Ueno’s former students, Hirokichi Saito, who also happened to be an expert on the Akita breed, got wind of Hachikō’s routine.

He decided to take the train to Shibuya to see for himself if his professor’s pet would still be waiting.

When he arrived, he saw Hachikō there, as usual. He followed the dog from the station to the home of Ueno’s former gardener, Kuzaburo Kobayashi. There, Kobayashi filled him in on the story of Hachikō’s life. 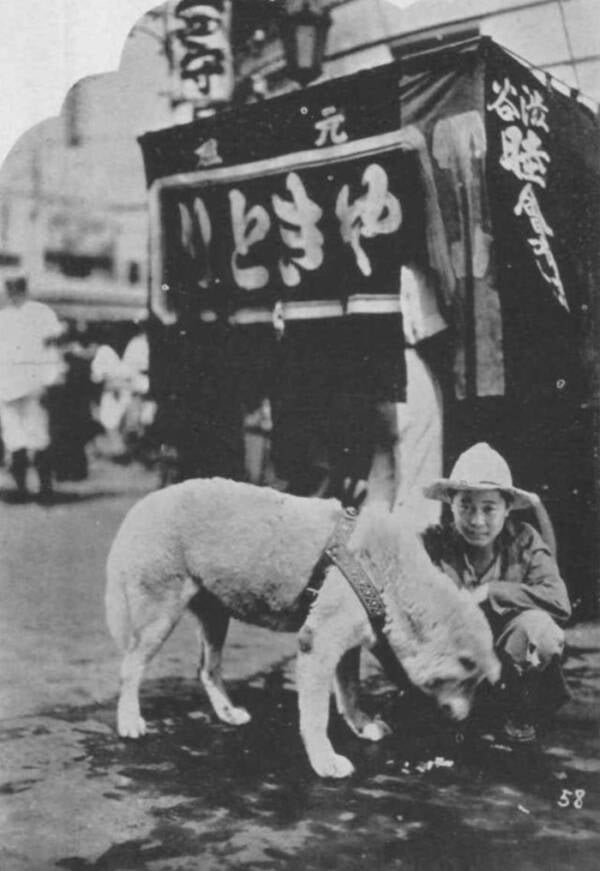 AlamyVisitors came from far and wide to meet Hachikō, a symbol of loyalty.

Shortly after this fateful meeting with the gardener, Saito published a census on Akita dogs in Japan. He found that there were only 30 documented purebred Akitas — one being Hachikō.

The former student was so intrigued by the dog’s story that he published several articles detailing his loyalty.

In 1932, one of his articles was published in the national daily Asahi Shimbun, and Hachikō’s tale spread throughout Japan. The dog quickly found nationwide fame.

People from all over the country came to visit Hachikō, who had become a symbol of loyalty and something of a good-luck charm.

The faithful pet never let old age or arthritis interrupt his routine. For the next nine years and nine months, Hachikō still returned to the station every day to wait.

Sometimes he was accompanied by people who had traveled great distances just to sit with him.

A Legacy Of Loyalty 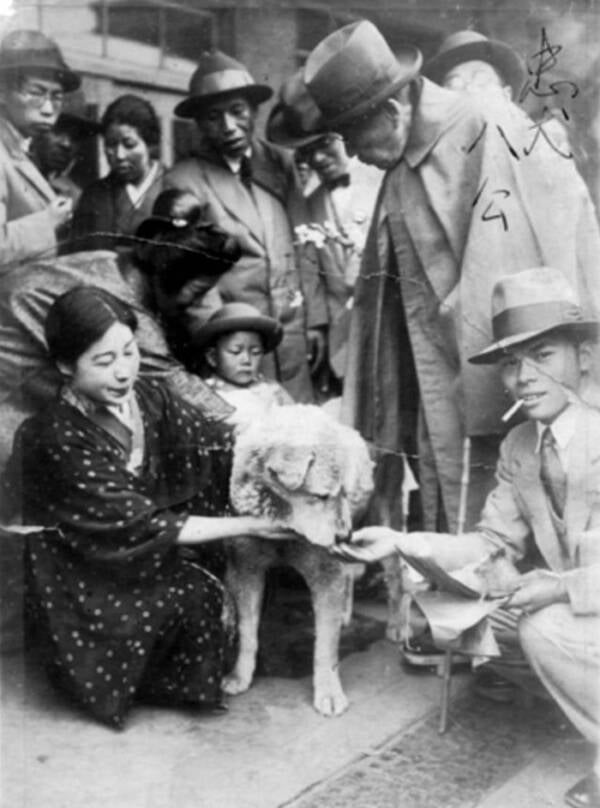 AlamySince his death, a number of statues have been erected in his honor.

Hachikō’s great vigil finally came to an end on March 8, 1935, when he was found dead in the streets of Shibuya at the age of 11.

Scientists, who weren’t able to determine his cause of death until 2011, found that the dog Hachikō likely died of a filaria infection and cancer. He even had four yakitori skewers in his stomach, but researchers concluded that the skewers were not the cause of Hachikō’s death.

Hachikō’s passing made national headlines. He was cremated and his ashes were placed next to Professor Ueno’s grave in Aoyama Cemetery in Tokyo. The master and his loyal dog had finally reunited.

His fur, however, was preserved, stuffed, and mounted. It’s now housed in the National Museum of Nature and Science in Ueno, Tokyo.

The dog had become such an important symbol in Japan that donations were made to erect a bronze statue of him in the exact spot he had faithfully waited for his master. But soon after this statue went up, the nation became consumed by World War II. Consequently, Hachikō’s statue was melted down to use for ammunition.

But in 1948, the beloved pet was immortalized in a new statue erected in Shibuya Station, where it remains to this day.

As millions of passengers pass through this station daily, Hachikō stands proud.

Wikimedia CommonsHidesaburo Ueno’s partner Yaeko Ueno and the station staff sit in mourning with the deceased Hachiko in Tokyo on March 8, 1935.

The station entrance near where the statue is located is even devoted to the beloved canine. It’s called Hachikō-guchi, simply meaning the Hachikō entrance and exit.

A similar statue, erected in 2004, can be found in Odate, Hachikō’s original hometown, where it stands in front of the Akita Dog Museum. And in 2015, the Faculty of Agriculture at the University of Tokyo erected yet another brass statue of the dog in 2015, which was unveiled on the 80th anniversary of Hachikō’s death.

In 2016, Hachikō’s story took yet another turn when his late master’s partner was buried alongside him. When Yaeko Sakano, Ueno’s unmarried partner, died in 1961, she explicitly asked to be buried alongside the professor. Her request was rejected and she was buried in a temple far from Ueno’s grave. 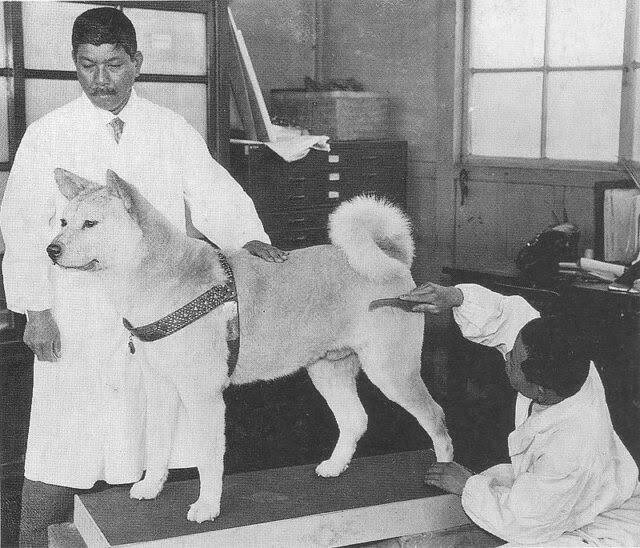 Wikimedia CommonsThis stuffed replica of Hachikō is currently on display at the National Science Museum of Japan in Ueno, Tokyo.

But in 2013, University of Tokyo professor Sho Shiozawa, found a record of Sakano’s request and a buried her ashes beside both Ueno and Hachikō.

Her name was also inscribed on the side of his tombstone.

Hachikō’s story first made it to film in the 1987 Japanese blockbuster titled Hachiko Monogatari, directed by Seijirō Kōyama.

The movie trailer for Hachi: A Dog’s Tale.

It became even more well-known when the tale of a master and his loyal dog served as the plot to Hachi: A Dog’s Tale, an American movie starring Richard Gere and directed by Lasse Hallström.

This version is loosely based on the story of Hachikō, though set in Rhode Island and centered on the relationship between Professor Parker Wilson (Gere) and a lost puppy that had been freighted from Japan to the United States.

The professor’s wife Cate (Joan Allen) is initially opposed to keeping the dog and when he dies, Cate sells their house and sends the dog to their daughter. Yet the dog always manages to find his way back to the train station where he used to go to greet his former owner. 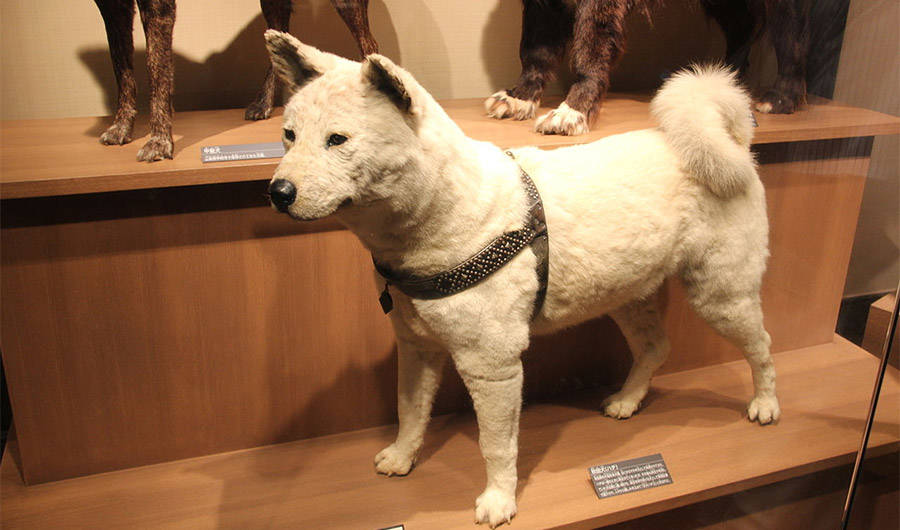 Wikimedia CommonsThe stuffed Hachikō on display at the National Museum of Nature and Science.

Despite the different setting and culture of the 2009 movie, the central themes of loyalty remain at the forefront.

Hachikō the dog might have symbolized the quintessential values of Japan, but his story and faithfulness continue to resonate with humans around the world.

After learning about the incredible loyalty of Hachikō the dog, meet “Stuckie,” the mummified dog who has been stuck in a tree for over 50 years. Then, read about the true tale of the canine hero Balto.