The unusual rock carving that depicts a hybrid animal figure may be among the oldest petroglyphs ever uncovered. 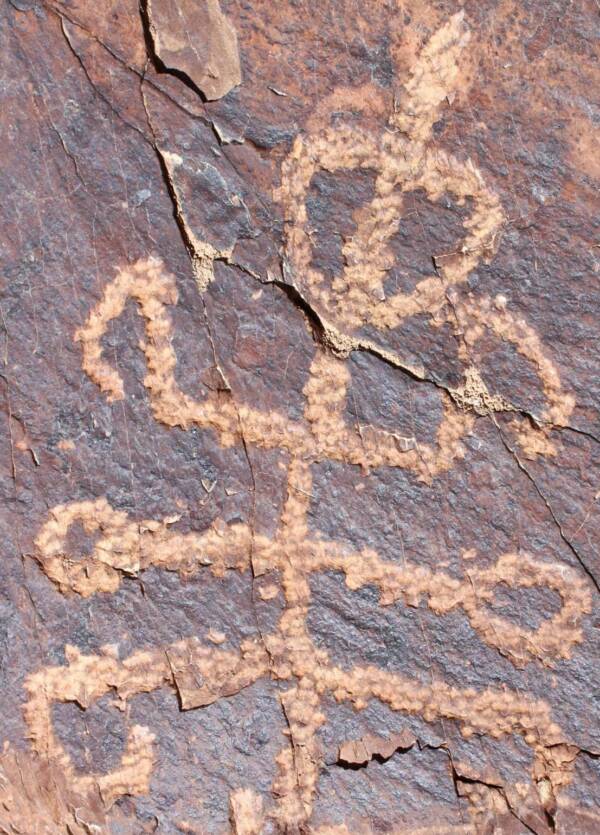 Mohammad Naserifard
Scientists in Iran discovered a hybrid engraving of a half-man and half-mantis.

In 2017, a team of Iranian scientists came across an unusual rock carving at Iran’s famed Teymareh archaeological site located in the province of Markazi. The figure appeared to have six limbs, suggesting it was some sort of insect but the scientists had a hard time making out what the carved out figure was.

Archaeologists teamed up with some entomologists to determine whether the carving was indeed that of an invertebrate animal, which have not typically been depicted in petroglyphs before.

The mysterious stone carving did offer a few clues. For one, researchers determined that the insect carving was indeed a mantis given the petroglyph figure’s long praying limbs, triangular head, and oversized eyes.

There are more than 2,000 species of mantis in the world. These bugs prey on small insects and can be found in Iran among other places. The prehistoric carvers would have likely come upon a native species of mantis at some point in the region.

The carving figure’s middle limbs were created in strange loops or circles comparable to a distinct petroglyph found around the world known as “Squatter Man” which depicts a humanoid flanked by similar circles. The newly discovered rock carving, the scientists concluded, seemed to be some sort of half-human half-mantis creature.

Thus, the team of researchers dubbed the petroglyph as “Squatter Mantis Man” in their new study published in the Journal of Orthoptera Research this week.

The prehistoric carving itself measures roughly five inches tall and, interestingly enough, the specific species of mantis depicted has also been determined. Entomologists on the team found that the extension on the head of the carving was distinct to a particular genus of mantids in the region known as Empusa.

During the time of our cave-dwelling human ancestors, petroglyphs or engraved rock art were used as a means of communication, oftentimes to express feelings and opinions. As the study’s authors wrote, the mysterious petroglyph suggests “that in prehistory, almost as today, praying mantids were animals of mysticism and appreciation.”

Other mantid-like rock carvings and artwork have been found in several regions around the world and were at some point considered to be depictions of extraterrestrials. In the case of the half-man half-mantis of Teymareh, the study’s authors have a few theories behind its creation.

Some archaeologists believe that ancient rock art is somehow related to the use of hallucinogenic plants, though there has yet to be any concrete evidence of such links. Another theory is that prehistoric humans admired the mantids for their hunting ability, perhaps as an inspiration to the hunters within their clans. 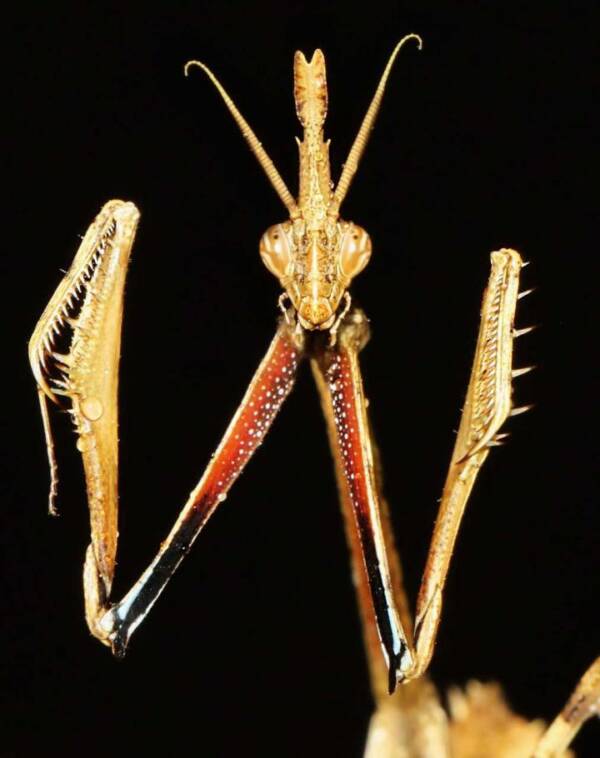 Mohammad Naserifard
The Empusa mantis is native to the Iranian region and would have likely been encountered by the prehistoric engravers.

In addition, the praying mantids also possess the remarkable ability to camouflage themselves with their environment, another ability likely coveted by prehistoric humans.

Why the carvers chose to create a hybrid creature is anyone’s guess but the petroglyph — estimated to be anywhere between 4,000 and 40,000 years old — is the oldest-known supernatural depiction related to the praying mantis. 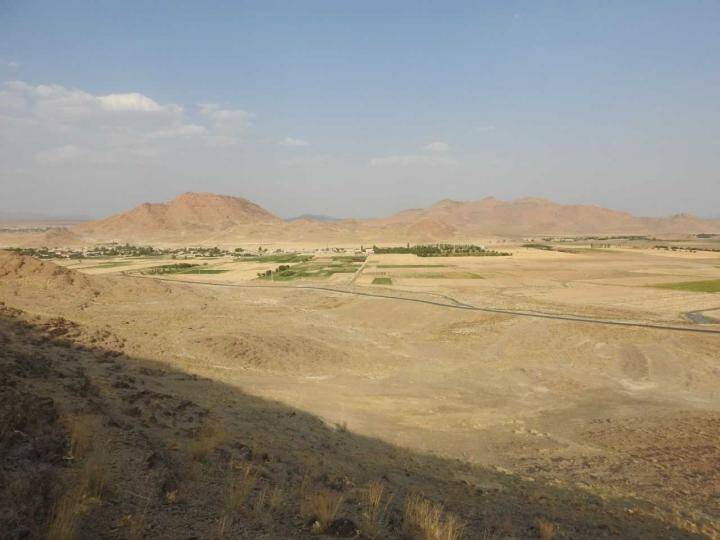 Mohammad Naserifard
The petroglyph was found in the Iranian archaeological site of Teymareh.

Entomologists Mahmood Kolnegari, Mandana Hazrati, and Matan Shelomi teamed up with a freelance archaeologist and rock art expert Mohammad Naserifard to identify the unusual figure portrayed in the petroglyph.

While the Squatting Mantis Man is certainly an unusual discovery, it will take further testing before it can be called the world’s oldest petroglyph. Sadly, because of sanctions placed on Iran, radiocarbon dating isn’t an option and researchers have to use a chronological survey of the region that estimates the petroglyphs in the area were created in the range of 40,000 to 4,000 years ago.

Excluding this new discovery, the oldest petroglyph so far is the 39,000-year-old carving that was found in Gorham’s Cave in Gibraltar six years ago. That one, which resembles a giant hashtag symbol, is believed to be the oldest Neanderthal cave art ever discovered.

Now that you’ve read about the discovery of the ancient petroglyph of the Half-Man, Half-Mantis hybrid, learn about the 44,000-year-old animal painting found in Indonesia believed to be the world’s oldest story and checkout the oldest human fossil discovered outside of Africa.