The Gruesome Crimes Of Hans Schmidt, The Only Catholic Priest Ever Executed In US History

Hans Schmidt illegally married, impregnated, and then brutally murdered and dismembered his mistress. For that crime, he was eventually executed via electrocution, and to this day is the only Catholic priest ever executed in the United States. Turns out, the murder he was caught for was only the tip of the iceberg. 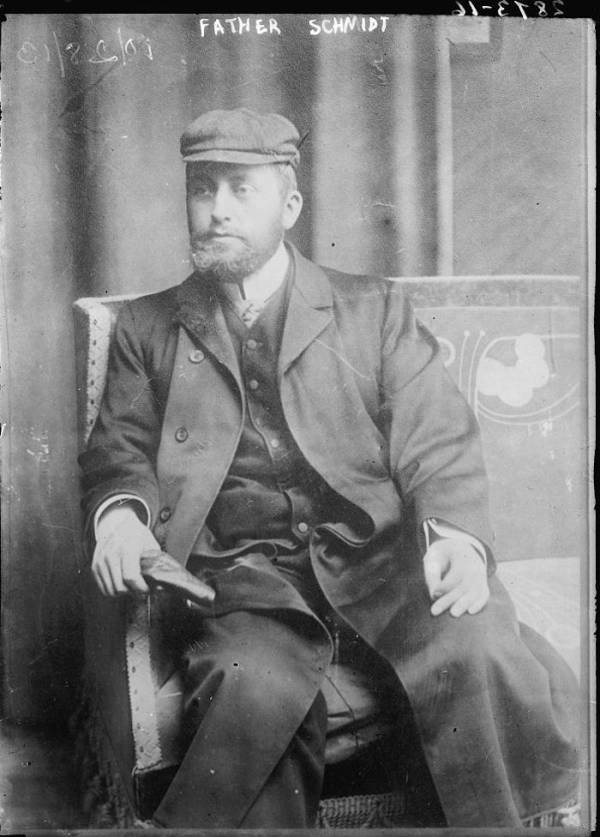 A portrait of Hans Schmidt, the only Catholic priest to ever be executed in the United States, circa 1910.

Long before The Boston Globe shined a spotlight on an endemic pattern of child molestation in the Catholic Church, the wrongdoings of the clergy often went unnoticed or unpunished.

Except for Hans Schmidt. In the early 1900s, he became the first, and only, priest to be executed in the United States.

His acts were bloody, his list of crimes was long, and his entire tale was laid out for the public by a press eager to show that even trusted religious leaders are capable of being monsters.

The Illegal, Self-Performed Marriage That Led To Murder

Hans Schmidt was an unusual child. He was born in the German town of Aschaffenburg in 1881 and had an eerie childhood habit of spending his afternoon watching the cows and pigs be processed through the local slaughterhouse.

He was also entranced by Roman Catholic rituals and played priest with a homemade altar. These two childhood passions would eventually converge in an unsettling way. 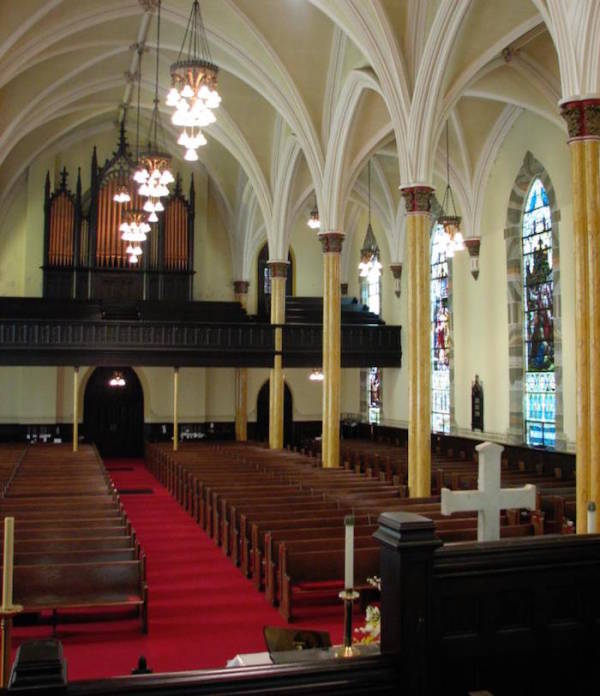 A 25-year-old Schmidt was ordained in Germany in 1904. He spent the next four years serving in Germany, but disputes with his higher-ups led to a relocation. It was only the start of his pattern of confrontation and relocation.

In 1908, he was transferred to St. John’s Parish in Louisville, Kentucky. Schmidt bumped heads with Catholic leaders in Louisville, and he was forced to relocate to St. Boniface Church on the east side of Midtown Manhattan.

But he wasn’t the only recent addition to St. Boniface at the time: a young Austrian housekeeper named Anna Aumuller had recently been hired to keep shop. 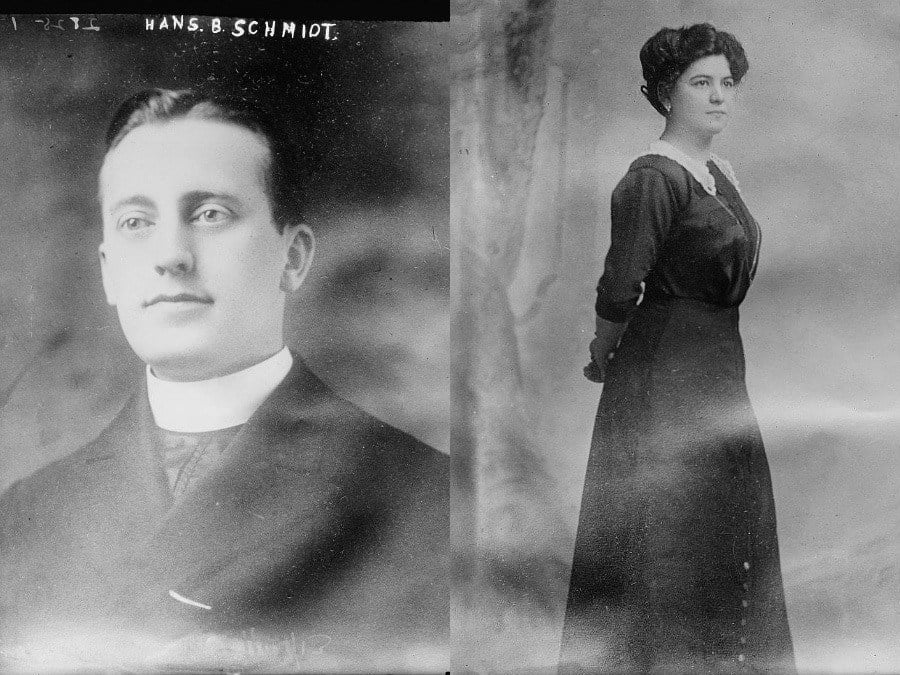 Schmidt and Aumuller then began having an affair. However, Schmidt’s pattern of relocation continued on and he was moved to St. Joseph’s Church in West Harlem. One possible reason for the transfer is that the church found out about the affair, and looked to keep the news from getting out. But distance couldn’t stop the two lovers.

On February 26, 1913, hans Schmidt married Anna Aumuller in a secret ceremony that he performed himself. Of course, Catholic priests are banned from getting married, let alone have sexual affairs.

The Gruesome Murder Of Anna Aumuller 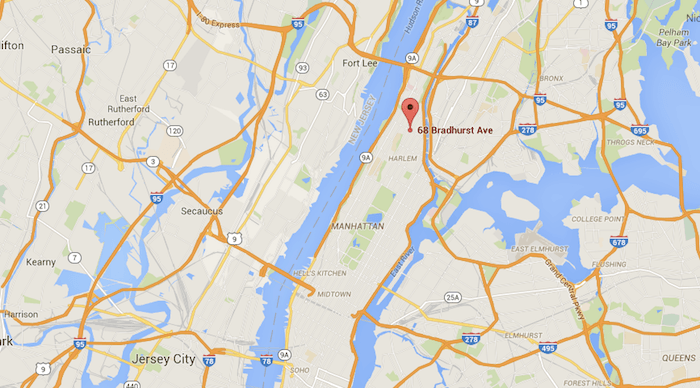 The location of the apartment where Anna Aumuller was murdered at in northern Manhattan.

Hans Schmidt and Anna Aumuller’s secret came to a gruesome end in 1913, when Schmidt was 31 and Aumuller was 21. Aumuller told Schmidt that she was pregnant, and he knew that his days as a priest would be over if word got out that an allegedly celibate Catholic priest had married and impregnated a woman.

On September 2, Schmidt slashed Aumuller’s throat with a 12-inch butcher’s knife in an uptown Manhattan apartment he had rented for her. He then sawed off her head with a hack saw, and then sawed her body in half. He wrapped each section in a newspaper from August 31, put her lower body in one of her pillowcases that had a monogrammed “A” on it, and attached a large piece of gray-green schist to each of the body parts.

Then, Hans Schmidt took the pieces of Anna Aumuller and dumped them in the Hudson River. He counted on the schist he had gathered in Manhattan to sink the body to the bottom.

Three days later, two kids on the New Jersey side of the Hudson came across the upper torso of a woman. Three miles downriver in Weehawken, New Jersey, the lower section of Aumuller’s body was found, still wrapped in the pillowcase with the schist tied to it.

Even though the body was found in New Jersey, the evidence was given to the New York Police Department. Schist, the type of rock most available to Schmidt in Manhattan, is extremely rare in New Jersey.

An autopsy of the body parts told the police they were investigating the murder of a woman under 30, around 5-foot-4-inches tall and between 120 and 130 pounds. The autopsy also revealed that the woman had prematurely given birth shortly before she was murdered.

The NYPD turned to their best piece of evidence (aside from the body): the monogrammed pillowcase. It was a distinctive enough monogram for the police to trace it to a specific company, and the company kept detailed business records. The records for the “A” pillowcase led to Aumuller’s apartment.

The walls and floor were splattered with blood stains, despite a scrubbing brush and six bars of soap by the sink. Schmidt had found better luck cleaning the blood off of the butcher’s knife and handsaw, and had hidden them inside of a trunk. In another trunk, letters addressed to Aumuller mentioned Schmidt and his employment at St. Joseph’s. The trunk also had handkerchiefs with the same embroidered “A” as the pillowcase. 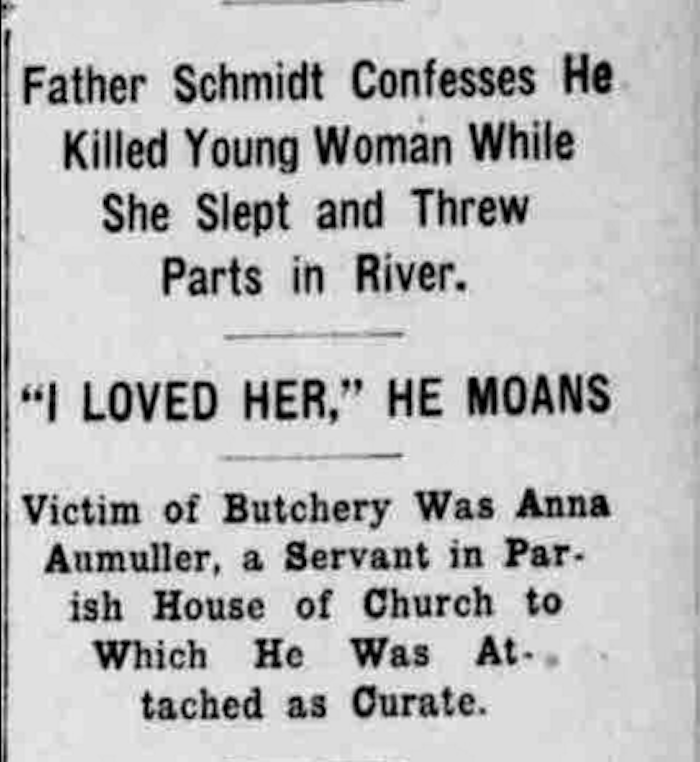 A story from the Tribune on September 15, 1913, about the murder of Anna Aumuller by Hans Schmidt.

Lead detective Inspector Faurot and his partner went to St. Joseph’s to question Schmidt about the blood-stained apartment rented in his name. Within minutes, he confessed to the marriage and murder of Aumuller, claiming “I loved her. Sacrifices should be consummated in blood.”

The Trial Of Hans Schmidt And Ensuing Media Circus 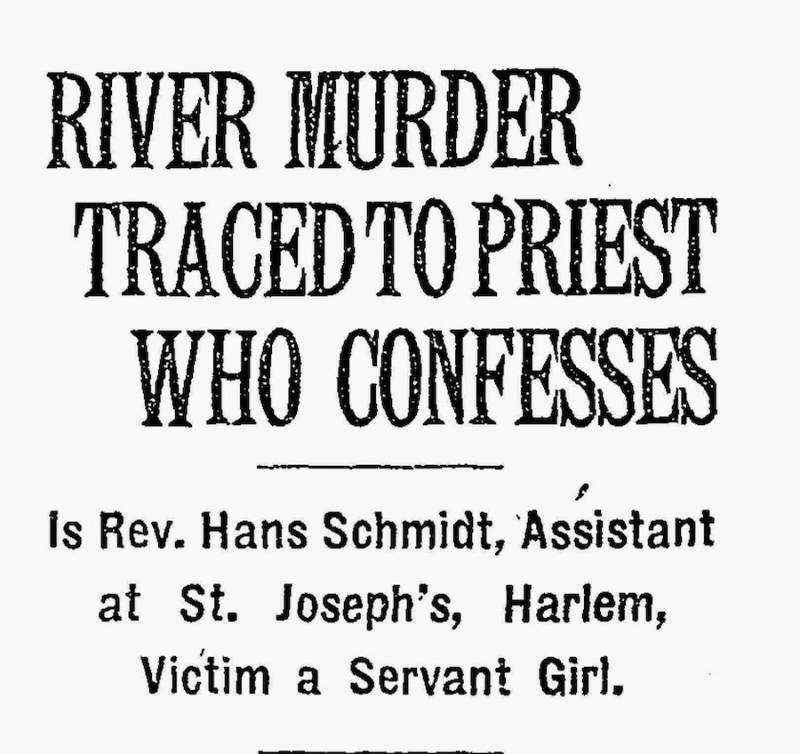 The New York Times headline from the day after Hans Schmidt confessed to murder.

Han Schmidt’s trial began on December 7, 1913. His guilt wasn’t in question, so Schmidt’s lawyers claimed he was overwhelmed with “blood lust,” and he was too insane to know right from wrong. For 23 days, Schmidt and his lawyers clung to the insanity plea.

This case was everything that the sensationalist New York newspapers of the day wanted. Yellow journalism was in full swing, and the media set up their circus tent around the courthouse, reporting every juicy detail.

Inside the courthouse, Schmidt got his way. The plea worked. Two members of the jury fell for his insanity claim and the trial ended in a hung jury, 10-2. 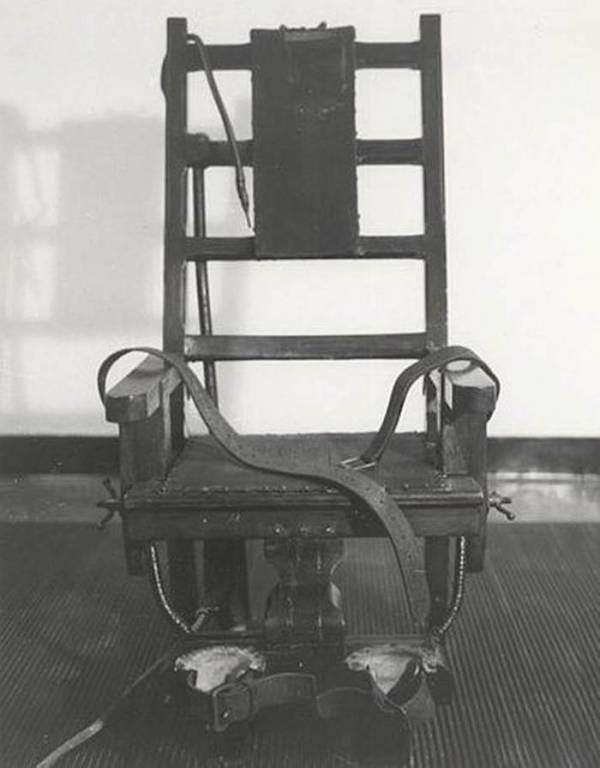 “If you are satisfied that the defendant purchased the knife and saw with which he cut up the body, thinking of using them as he did, and if you are satisfied that in the middle of the night he went to the flat, took off his coat and cut her throat, and then cut up her body, what conclusion do you come to?” Davis asked the jury. “Use your common sense… your experience with men. Bear in mind, it isn’t every form of mental unsoundness that excuses a crime.”

The jury convicted Schmidt of first-degree murder and sentenced him to death by electric chair. Schmidt was electrocuted to death on February 18, 1916, just over one year before the U.S. entered World War I against Germany, in New York’s notorious Sing Sing prison.

To this day, Schmidt is the only priest to ever be executed in the United States.

Ernest Arthur Muret, right, the dentist who was a co-conspirator with Hans Schmidt on insurance fraud.

Relentless media attention pulled details of Schmidt’s troubling history out of the woodwork as reporters looked for new angles to cover. Indeed, a trail of previously unsolved crimes seemed to follow Schmidt everywhere he went, yet public trust in Church leaders had kept him from facing any real consequences.

For one, investigators found a second apartment belonging to Schmidt. Inside, he had a printing press that churned out $10 bills — which had similar purchasing power to $240 in today’s money. Along with counterfeit money, Schmidt was working on a plan to partner with a Manhattan dentist to commit a string of murders and make off with the life insurance claims.

In Louisville, the body of a nine-year-old girl was found in the basement of St. John’s Parish, Schmidt’s first place of employment in the United States. The girl had gone missing when Schmidt was in Louisville, but a local janitor had been charged with the crime. Her body was found dismembered in a way that was eerily similar to how Aumuller’s body was dismembered.

Even further back in Schmidt’s history, German police traced evidence of a murdered girl in Schmidt’s hometown of Aschaffenburg back to him. The Germans never had a chance to question Schmidt before he was executed in the United States, and the case went cold.

Hans Schmidt is the only Catholic priest to ever receive the highest punishment in the United States. Whether that means he is a singular dark spot on the history of the Church or that the country puts too much trust in Church leaders remains up for debate.