Horrifying tales of torture, decapitation, and murder — and those are just the acts committed by the accusers. 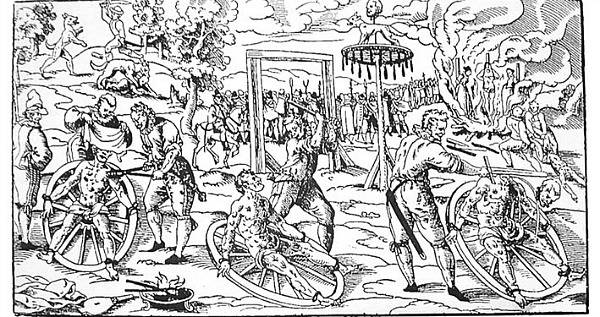 Wikimedia Commons A depiction of accused werewolf Peter Stubb being executed in Cologne, 1589.

The Salem witch trials of 1692 remain among the most infamous episodes in all of American history. But across the sea, in Europe, hundreds of years prior, similar events took place, this time involving persons accused of lycanthropy, or, shape-shifting into werewolves.

According to Mental Floss, the first recorded instance of anyone being accused and convicted of lycanthropy occurred in Poligny, France in 1521. As the story goes, a supposed wolf attack led authorities to the home of Michel Verdun, who, after being arrested and tortured, confessed to being a werewolf, along with two other men, Pierre Bourgot and Philibert Montot.

Bourgot also confessed, and told authorities of a deal made with three men dressed in black, who agreed to protect his sheep in exchange for the rejection of his belief in God. He was given an ointment that allowed them to shape-shift into wolves, during which time they would stalk the land, killing and eating children. All three men were found guilty and were executed shortly thereafter.

The accounts of lycanthropy that follow that first one are eerily similar in detail, many of them involving ointments, and deals struck with otherworldly characters. The 1598 case of Frenchmen Jacques Roulet, also known as “The Werewolf of Caud,” involved the use of a transformational salve, which Roulet used to murder and then eat several young children. 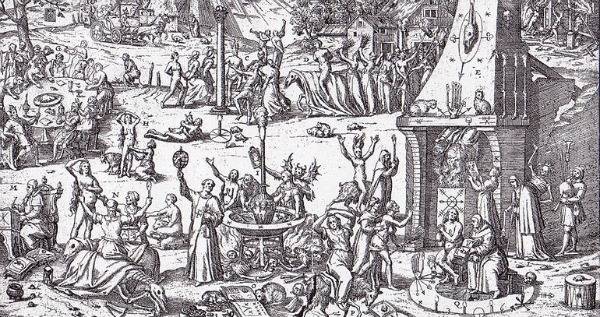 Although he was sentenced to death for his crimes, a conviction of “feeble mindedness” instead sent him to an asylum where he received a religious education before being released just two years later.

The fate of Peter Stubbe, a German man, was not so fortunate. After flat-out confessing to having made a deal with the devil, in which Stubbe was gifted a belt allowing him to shape-shift for the sake of killing and consuming countless victims over 25 years, he was publicly executed in 1589 in a most gruesome way, having his skin ripped away, arms and legs broken, and head removed before being burned.

Following that, a man named Folkert Dirks claimed during the Amersfoort och Utrecht trials in The Netherlands that he and his family were able to shape-shift into wolves and cats under Satan’s command, as did Kanti Hans and his spouse, who admitted to possessing the ability to turn into bears under Satan’s command, though only after being tortured.

Along with supposed deals with the devil, cannibalism is another recurring theme among all of these lycanthropy cases, including the 1573 execution of Frenchman Gilles Gardner, who was accused of killing and cannibalizing children who ventured into his neck of the woods and later confessed to being a werewolf.

As many of these confessions of lycanthropy from Gardner and others only came later, long after the alleged incidents took place, most believe them to be either coerced through the use of torture or attributable to the suspects’ mental illness or low IQ, prohibiting them from understanding exactly what they were confessing to.

Whatever the case, the Christian people of Europe at the time were opposed to the peasantry’s practicing of paganism. Thus many believe these werewolf trials to have been nothing more than a scapegoat for widespread fear concerning occult and non-Christian practices, an example of the witch hunt mentality, much like the witch trials that would occur in America a century later. 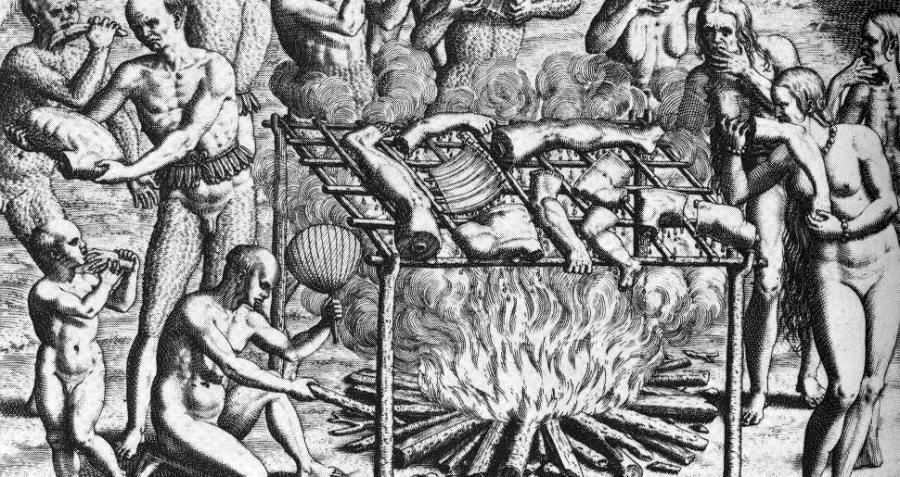 This brings us to the case of a teenage boy named Hans, who was tried during the werewolf trials in Estonia. With 18 trials accusing 18 men and 13 women of being werewolves over the years, the case of young Hans was perhaps the most famous. Only 18 years old when he was arrested in 1651 on charges of lycanthropy, Hans quickly confessed to the charges brought against him.

Admitting to having hunted as a werewolf for two years, Hans told the court of a man in black who bit him shortly before the physical changes occurred. Many believed this man in black to be the devil, and this mention of Satanic forces qualified the werewolf to be tried as a witch and thus sentenced to death. When asked by a judge whether he felt more like a man or an animal, Hans replied that he, probably not unlike most 18-year-olds, felt like a “wild beast,” and that the changes within him could be measured both physically and metaphysically.

Despite there being no physical evidence of any murders committed by Hans, he was sentenced to death simply on the grounds that Satanic magic had been performed upon him. 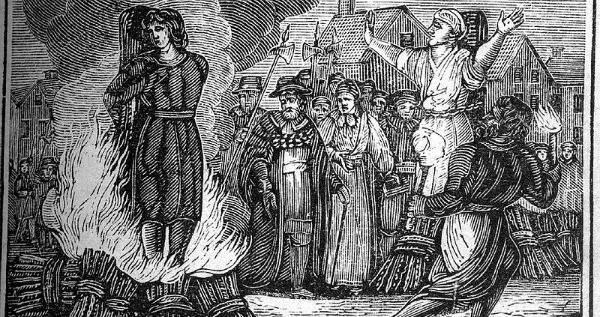 Wikimedia Commons A convicted witch being burned at the stake.

While most of the accused never lived to see another day, not all werewolves were guaranteed a death sentence, such as 80-year-old Theiss of Kaltenbrun. Claiming to be a “Hound of God,” Theiss stated that he used his werewolf cloak to enter Hell three nights a year, where he battled devils and witches in order to ensure a good harvest for the next season.

As he never admitted to having made a pact with a demon in exchange for lycanthropy, Theiss was only convicted of practicing folk magic believed to encourage the rejection of God and was sentenced merely to a flogging — a much lighter punishment than so many of history’s supposed “werewolves” once had to endure.

Next, check out the Spanish witch trial considered to be worse than Salem, and the true historical origin of the witch.