How The Centuries-Old Stanley Hotel Inspired The Shining 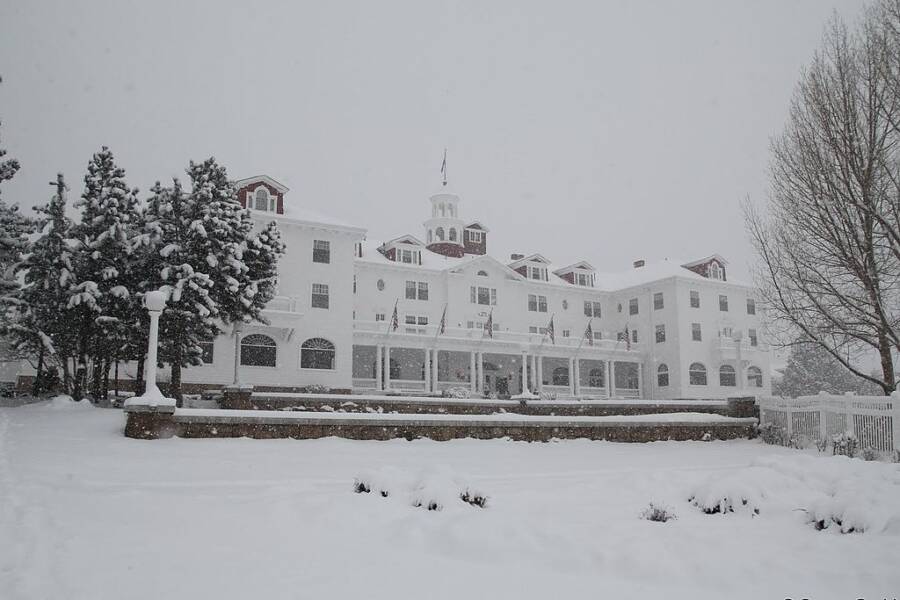 Wikimedia CommonsA snowed-in Stanley Hotel, which might be one of the most haunted hotels in the world — and certainly in the country.

Stephen King’s 1977 horror classic The Shining made the Stanley Hotel — and its purported collection of ghosts — world-famous. Before his historic stay there, the hotel was just a seasonal resort that first opened its door in 1909.

Located less than six miles from Rocky Mountain National Park, the Colonial Revival landmark in Estes Park, Colorado has since become a beacon for history buffs, cinema lovers, and paranormal enthusiasts. Indeed, the Stanley Hotel is considered one of the scariest places in the world, and certainly one of the most haunted in North America.

When inventor Freelan Oscar Stanley came down with a bad case of tuberculosis, he hoped that the Rocky Mountain air might cure him. The air did make him feel better, but Estes Park lacked the elite social life he had back East — so he resolved to make his own luxury community right in the mountains.

A Rocky Mountain PBS mini-doc on the world-famous Stanley Hotel.

With lumber from the nearby National Park, Stanley began construction on his eponymous hotel in 1907 and finished two years later. The mountain resort soon hosted the likes of coastal elites and even President FDR. But perhaps the hotel’s most famous visitor was Stephen King.

King and his wife Tabitha had driven up to the Rocky Mountains National Park from their Boulder, Colorado home one night in October 1974. With a three-year-old kid in tow and heavy snowfall in effect, they decided to spend the night at the Stanley.

The Stanley was ominously deserted as the resort was closing up for the season. The man at the front desk told King he could only stay if he could pay in cash and set him up in room 217. King recalled how eerie their stay was, how empty the luxurious halls were, how they were the only people in an otherwise empty ballroom.

Listen above to the History Uncovered podcast, episode 10: The Shining Hotel, also available on iTunes and Spotify.

“The wind was high and it was blowing around, and one of the shutters had come unanchored, and it was clapping against the side of the building,” he recalled. “The orchestra was still there, and they were playing, but except for our table, all the chairs were on the tables.”

“The music echoing down the hall, and, I mean, it was like God had put me there to hear that and see those things.”

King didn’t know that the hotel had a dramatic past. The room in which he was staying was said to be haunted by the hotel’s housekeeper, who was injured there in an explosion nearly 50 years earlier. And yet, in the middle of the night, he was awoken by a disturbing dream.

King dreamt that his son was being chased through the hotel’s halls by a fire hose, and immediately after, he knew he had to write. “I got up, lit a cigarette, sat in the chair looking out the window at the Rockies,” he later said, “and by the time the cigarette was done, I had the bones of the book firmly set in my mind.” 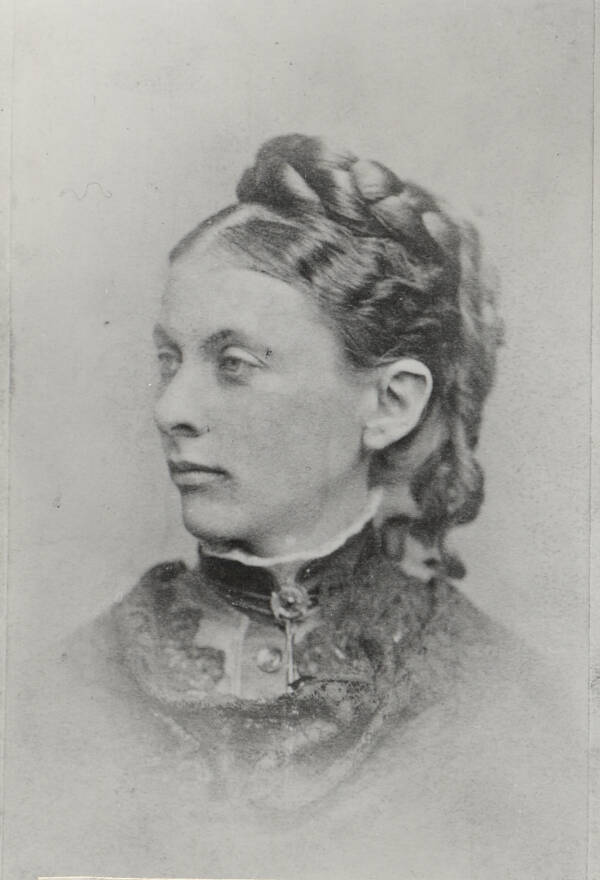 The Historic Stanley HomeSome guests have claimed to have heard the piano being played, when not a single person was in the vicinity of the instrument. Flora Stanley was an avid player — but she’s been dead for decades.

Those who’ve since visited the hotel have reported hearing the sound of children giggling, running, and playing in the corridors of the fourth floor. In room 407, it is purported that the previous owner of the property, Lord Dunraven, stands idle by the bathroom door and plays with the lights. Guests have claimed to see a cowboy appear at the foot of their bed in room 428.

On top of that, if you happen to find yourself at the Stanley Hotel on a particularly quiet night and can hear founder Flora Stanley play the piano, don’t be alarmed.

The haunted hotel has even terrified other celebrities, like Jim Carrey, who tried to stay there while shooting Dumb and Dumber in the 1990s. Carrey only lasted half a night in room 217, where he requested he stay.

“Jim Carrey didn’t last long,” said a staff member named Andy. “In the middle of his first night, he came down to the front desk and demanded to be moved to another room, saying something had happened and he did not feel safe in the room. When we told him the hotel was fully booked, he fled, presumably to another hotel in town.”

To this day, no one knows what Jim Carrey saw in that room.