Meet Ma Rainey, The ‘Mother Of The Blues’ Who Fought For Her Voice In Jim Crow America

Battling racism, sexism, and homophobia in Jim Crow America, Gertrude "Ma" Rainey emerged as one of the most popular singers of the 1920s.

As one of the first famous African American blues artists, Ma Rainey cemented her place in music history in the 1920s. In just five years, she recorded more than 90 songs, many of which were national hits.

But as a Black bisexual woman, Rainey also battled the intense racism, sexism, and homophobia that permeated Jim Crow America. And yet she still persevered to become the “Mother of the Blues” — paving the way for generations of artists who wanted to follow in her footsteps. 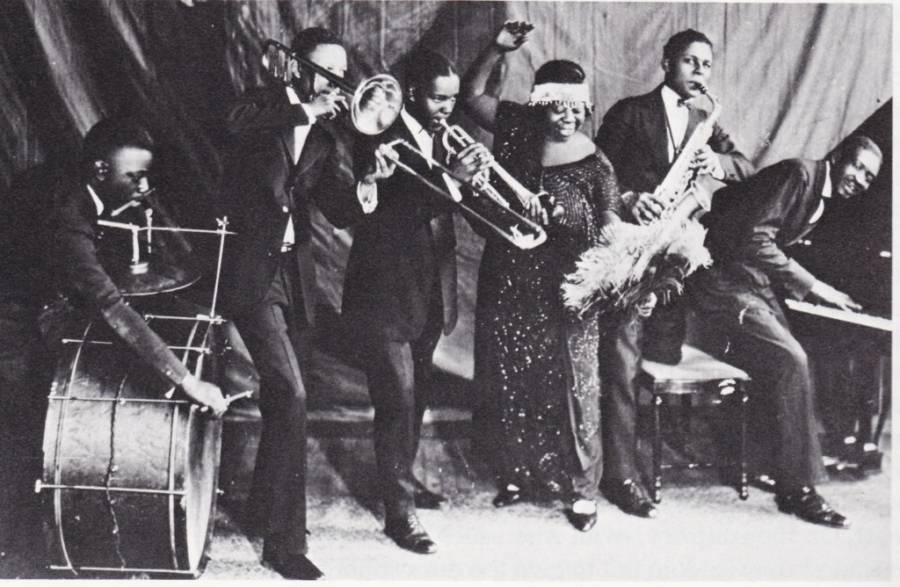 Michael Ochs Archives/Stringer/Getty ImagesMa Rainey and the Georgia Jazz Band pose for a group shot. Circa 1924-1925.

Few could’ve predicted her rise. Born in the American South, she was simply known as Gertrude Pridgett — and she wouldn’t take on her stage name of Ma Rainey for years to come. But before long, her incredible singing voice would catch the attention of audiences at talent shows and vaudeville acts. And she was so good that they couldn’t ignore her.

From collaborating with the likes of Louis Armstrong to training a young Bessie Smith, Ma Rainey helped breathe new life into a genre of music that has inspired some of the most iconic artists to date.

Who Was Ma Rainey? 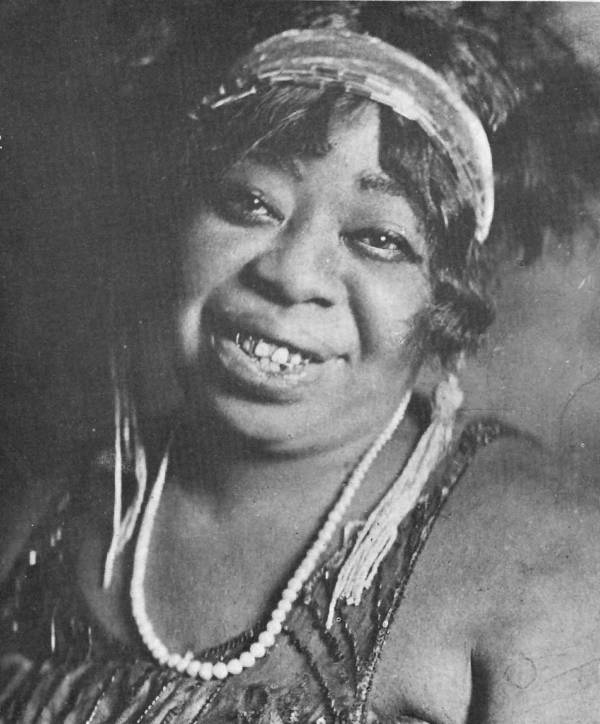 Wikimedia CommonsThough she isn’t a household name today, Ma Rainey was one of the most revered blues artists of her time.

Before she was Ma Rainey, she was born Gertrude Pridgett, the second of five children to Thomas and Ella Pridgett. Beyond that, the specific details of her early life remain murky to this day.

Ma Rainey often claimed that she was born on April 26, 1886, in Columbus, Georgia. However, a 1900 census entry showed that her birthday was in September 1882 and her birthplace was somewhere in Alabama.

After her father died in 1896, Rainey’s mother decided to work for the Central Railway of Georgia. But Ma Rainey had a different career in mind for herself — even at a young age.

When Rainey was just a teenager, she began working toward the goal of becoming a professional singer. She performed publicly for the very first time in 1900. At the time, she had joined a stage show called “The Bunch of Blackberries” at the Springer Opera House in Columbus.

Although Rainey stuck close to home at first, it didn’t take long before she started traveling around the country with vaudeville acts. While she was on the road in 1902, she discovered a new kind of music that is now known as the blues. And it changed her life forever.

A trailer for Ma Rainey’s Black Bottom, a Netflix movie released in December 2020.

It all started when a girl “came to the tent one morning and began to sing about the ‘man’ who had left her,” John Work wrote while recalling an interview with Rainey from the 1930s.

“The song was so strange and poignant that it attracted much attention. Ma Rainey became so interested in it that she learned the song from the visitor and used it soon afterward in her act as an encore.”

In 1904, she married fellow vocalist and performer Will Rainey and they soon began to tour together as a duo. As they performed various routines with different minstrel troupes, they started to call themselves “Ma and Pa Rainey,” which is how she got her stage name.

Often accompanied by a jug band or a jazz combo, Ma Rainey’s dancing and comedy acts drew big crowds. As time went on, Rainey gradually incorporated more blues into her set. And as she traveled, she heard other artists picking up the style and incorporating it into their sets as well.

For the first time, many felt like the Black experience in America had its own distinct and authentic musical voice. And Ma Rainey was the face of it.

Becoming The ‘Mother Of The Blues’ 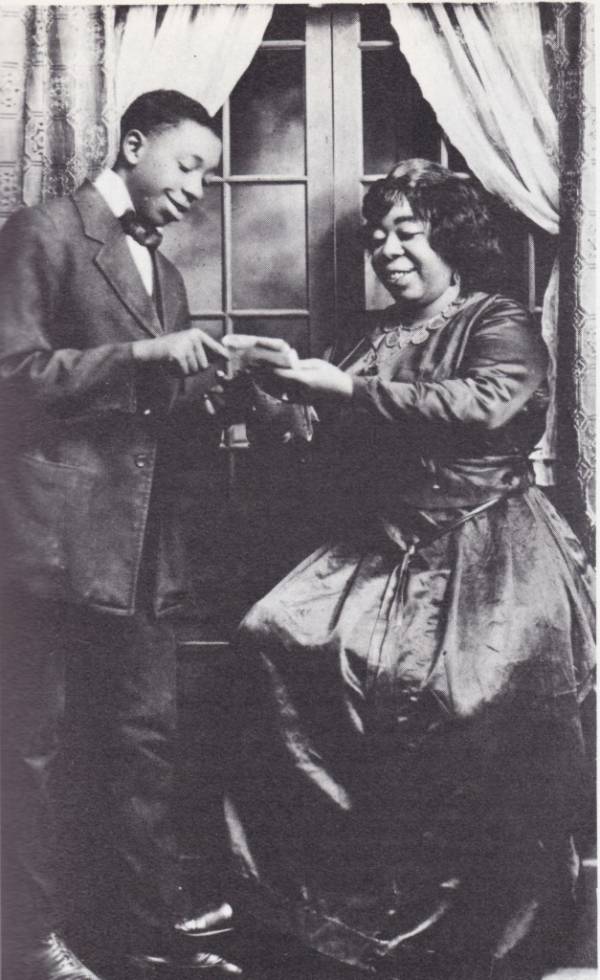 A short, stout woman, Ma Rainey was known for her horsehair wigs and her wide smile that showcased her capped gold teeth. She was not shy at all when it came to fashion, and could often be seen wearing satin gowns, false eyelashes, high heels, and a necklace made of gold coins.

At the time, she was taking a huge risk doing this — especially as a Black woman. She was often mocked by others in the industry. “They said she was the ugliest woman in show business,” said Alberta Hunter, a fellow blues artist. “But Ma Rainey didn’t care, because she pulled in the crowds.”

Indeed, her performances were often packed with people who were eager to see what she’d do next. Even some white people came to see her shows, which were among the first to be integrated in the Jim Crow South.

“Ma had the audience in the palm of her hand,” said Thomas Dorsey, a piano player and composer. “I traveled with her almost four years. She was a natural drawing card.” 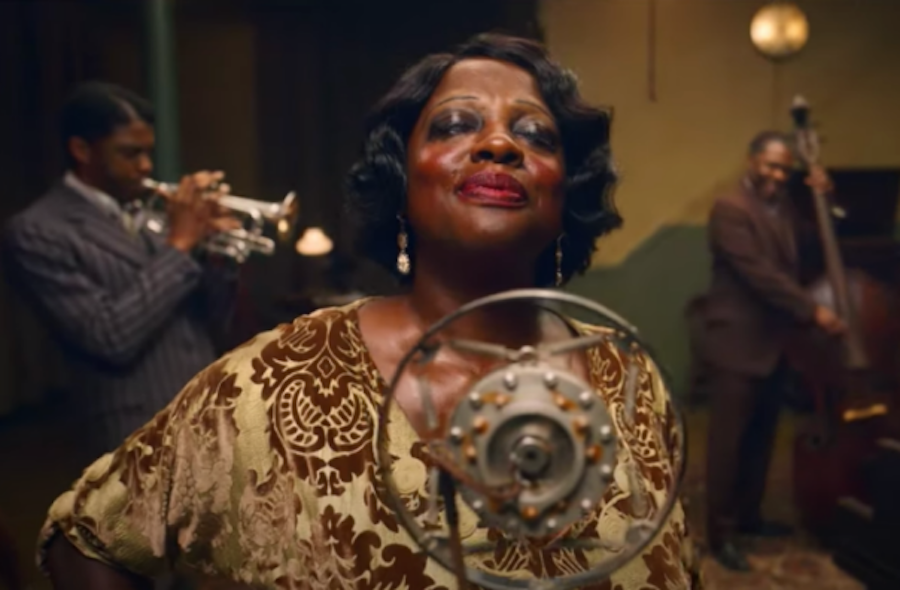 Ma Rainey also didn’t need a man by her side to put on a great performance. She separated from her husband in 1916 and started touring with a show that put her front and center: Madam Gertrude Ma Rainey and Her Georgia Smart Set. And she quickly garnered a reputation as a performer.

“When Ma Rainey comes to town, folks from anyplace miles aroun’ from Cape Girardeau, Poplar Bluff flocks to hear Ma do her stuff,” read a poem by the legendary Sterling Brown.

But despite the fame and the flashiness, Rainey stayed humble and kind to her loved ones and fans. She called everyone “sugar,” “honey,” and “baby.”

In 1923, Rainey signed with Paramount Record Company. Over the next five years, she’d record more than 90 songs for the label — establishing her as a music icon.

The Power Of Ma Rainey 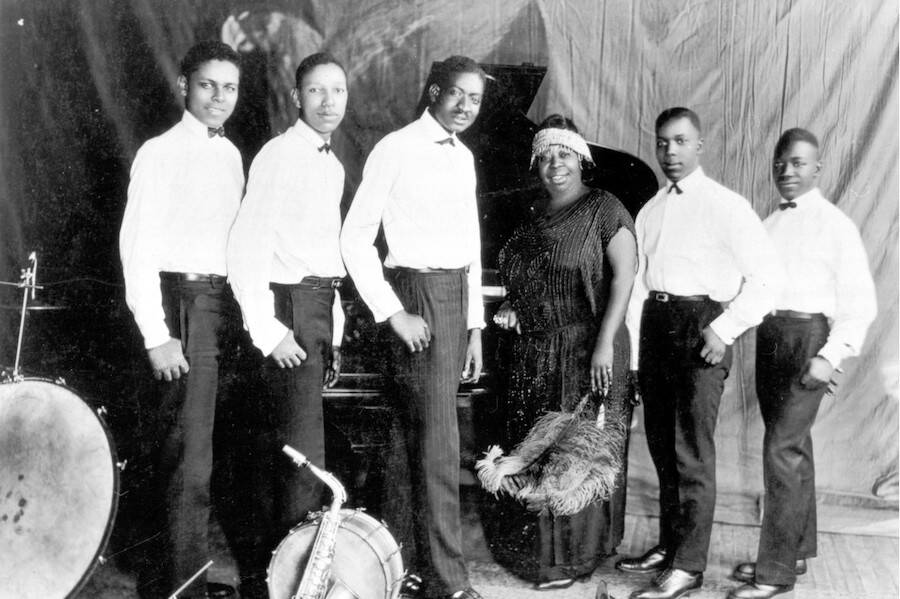 Michael Ochs Archives/Getty ImagesMa Rainey and her band in Chicago. Circa 1923.

She was also open about her attraction to women. “Went out last night with a crowd of my friends,” one song goes. “They must’ve been women, ’cause I don’t like no men.” As one might expect, not everyone was accepting of her sexuality during this time.

One of Ma Rainey’s popular songs.

Although Ma Rainey occasionally found herself in hot water, her fans adored her and Paramount labeled her as the “Songbird of the South.” As the record money poured in, concerts across the country sold out.

Ma Rainey traveled to them with her troupe in a tour bus she’d bought herself and decorated with her name. The group would goof around on tour, once stopping on the side of the road to serenade some cows.

“She was the biggest star of her time,” Dorsey said. “There’ll never be another Black woman like Ma Rainey.”

But with the evolution of film in the 1930s, ticket sales began to dwindle. Rainey’s star appeared to be fading and, as it did, she returned to Georgia. Though she mostly retired from show business, she did spend a few years working as a theater proprietor in the area.

At one point, she got married again to a younger man, but much about that relationship remains unknown — and it’s unclear how long it lasted.

Ma Rainey died from a heart attack in 1939 when she was in her 50s. But her legacy lives on to this day.

The Legacy Of The “Mother Of The Blues”

Mo’Nique talks about playing Ma Rainey in the 2015 HBO movie Bessie, which focused on the life of Bessie Smith but also featured Ma Rainey as an important figure.

Ma Rainey wasn’t the first blues singer. But she has been widely credited as the first popular entertainer to incorporate the blues into her body of work. She is also known as the first “great” female blues vocalist.

While Ma Rainey certainly wasn’t the most famous blues artist to ever live, her influence on other artists cannot be understated. And when she died, it was considered a huge loss to many in the industry — even though she hadn’t been performing as much in the end.

“People it sure look lonesome since Ma Rainey been gone,” Memphis Minnie sang in a song she wrote for Rainey in 1944. “But she left little Minnie to carry the good works on.”

Another more famous Rainey protégé was Bessie Smith, who still holds the title of the “Empress of the Blues.” 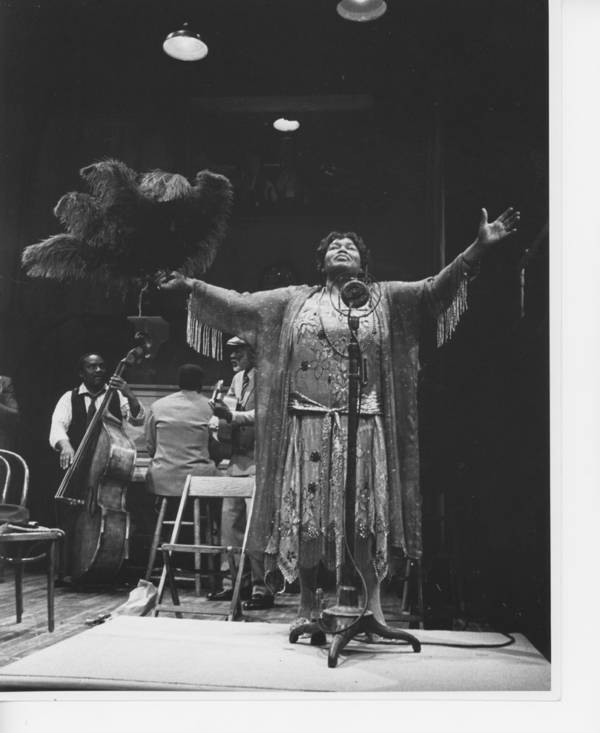 In 1982, August Wilson’s play Ma Rainey’s Black Bottom won a Pulitzer Prize. By 1990, Rainey was inducted into the Rock and Roll Hall of Fame.

“White folks hear the blues come out, but they don’t know how it got there,” the character of Ma Rainey says in Wilson’s show. “They don’t understand that’s life’s way of talking. You don’t sing to feel better. You sing ’cause that’s a way of understanding life.”

After learning about Ma Rainey, take a look inside the troubled lives of America’s blind bluesmen. Then, read about the Harlem Hellfighters, America’s Black war heroes who brought jazz to Europe.