Helen Viola Jackson was only 17 years old when she married 93-year-old James Bolin in 1936. According to Jackson, the veteran wed her so she could have a future during the Great Depression. 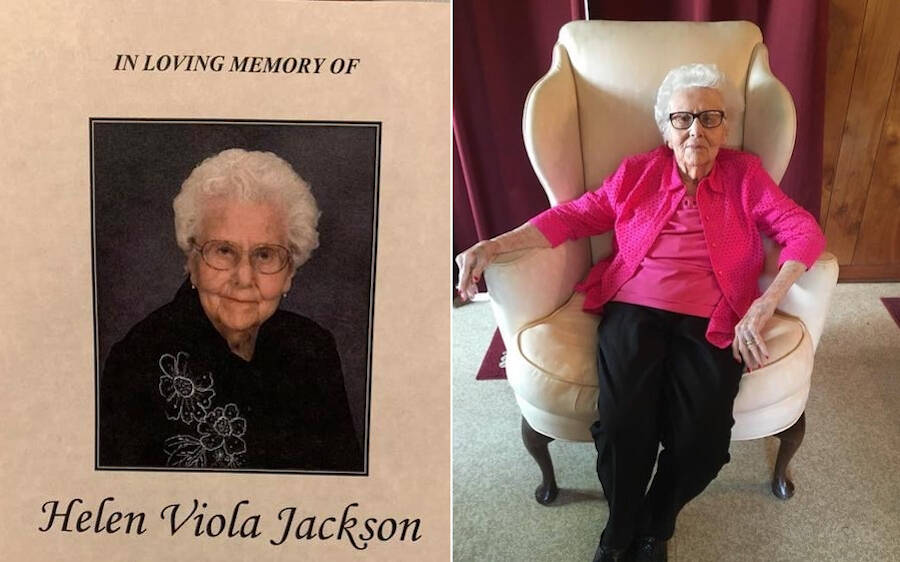 FacebookJackson’s husband wanted her to collect his Union pension after he died, but she never did.

The last known widow of a Civil War soldier has just died at age 101. According to HuffPost, Helen Viola Jackson passed away on December 16, 2020. If this timeline seems confusing to you, you’re not alone. Remarkably, Jackson married a 93-year-old veteran in 1936 — when she was just 17 years old.

Jackson’s wedding occurred 71 years after the war had ended. Her husband, James Bolin, had served in the 14th Missouri Cavalry, and he was a widower by the time he wed Jackson. The pair remained married until Bolin’s death in 1939. As for Jackson, she died more than 80 years after him — as a resident at the Webco Manor Nursing Home in Marshfield, Missouri.

While other American veterans and their widows have died in recent years, most of them are connected to more recent conflicts like World War II. So the fact that a Civil War widow has died — more than 150 years after the conflict came to an end — is rather shocking. According to the New York Post, the couple’s relationship actually began as a dutiful gesture.

Both residents of Missouri, Jackson regularly visited Bolin’s home in Niangua on her way home from school. Her father had noted the elderly man’s need for assistance, and volunteered his daughter to help Bolin out with his daily chores. Not one to accept charity, Bolin offered to marry the girl instead — so that he could help provide for her future. 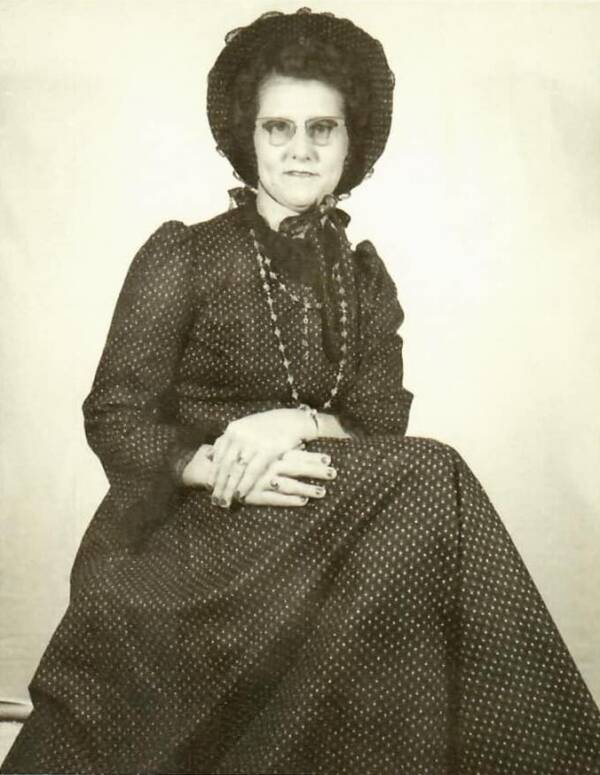 FacebookJackson’s husband died less than three years after the wedding. She never remarried.

“He said that he would leave me his Union pension,” she told historian Hamilton C. Clark. “It was during the Depression and times were hard. He said that it might be my only way of leaving the farm.”

The ceremony at Bolin’s home was small, with only a few witnesses in attendance. The man had clarified to his new wife that the marriage would be on her terms. And so Jackson kept her surname and continued living on her family’s farm throughout their union.

The veteran died less than three years later, on June 18, 1939. Fortunately for historians, he had recorded the wedding in his Bible. Now considered a piece of history, this book is part of a rotating exhibit on Jackson and it has been displayed at several different museums.

Perhaps most fascinating about the couple’s agreement is that Jackson never applied for Bolin’s pension after her husband died. She also never remarried, and remained entirely private about her relationship until 2017. Only then did she reveal her story, while finalizing her own funeral arrangements with her minister. 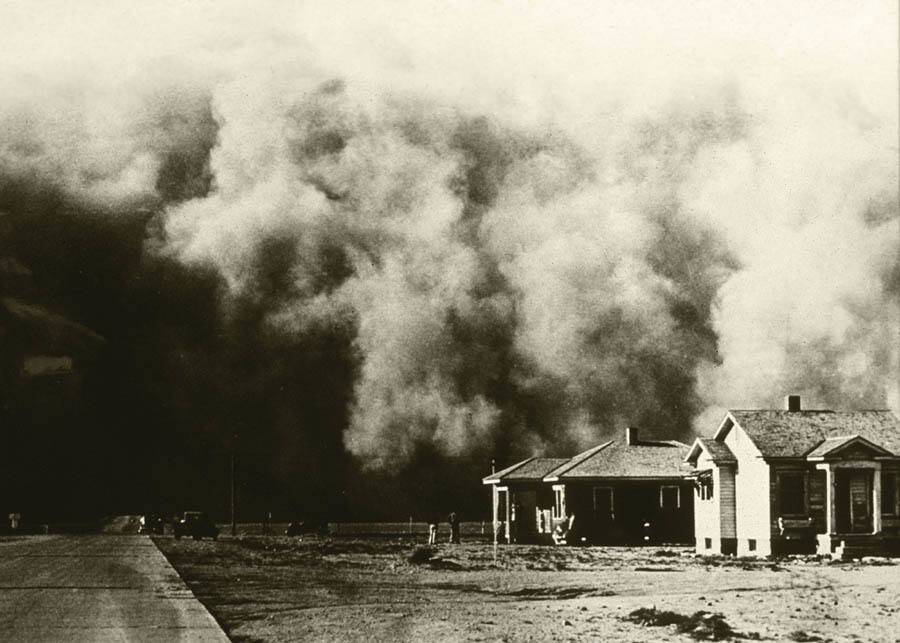 “How do you explain that you have married someone with such a difference in age?” Jackson said at the 2018 Missouri Cherry Blossom Festival. “I had great respect for Mr. Bolin and I did not want him to be hurt by the scorn of wagging tongues.”

Of course, she also feared that people would speak negatively about her. In fact, she said that she didn’t apply for her late husband’s pension because one of her step-daughters threatened to ruin her reputation.

“All a woman had in 1939 was her reputation,” she explained. “I didn’t want them all to think that I was a young woman who had married an old man to take advantage of him… Mr. Bolin really cared for me. He wanted me to have a future and he was so kind.”

Indeed, Jackson became a well-respected figure in her later years. From serving as a charter member of the Elkland Independent Methodist Church to joining the Ladies of the Grand Army of the Republic, she was an active participant in her local community.

It’s no wonder why the Sons of Union Veterans of the Civil War issued a statement on January 2, 2021, demanding 30 days of remembrance in her honor. 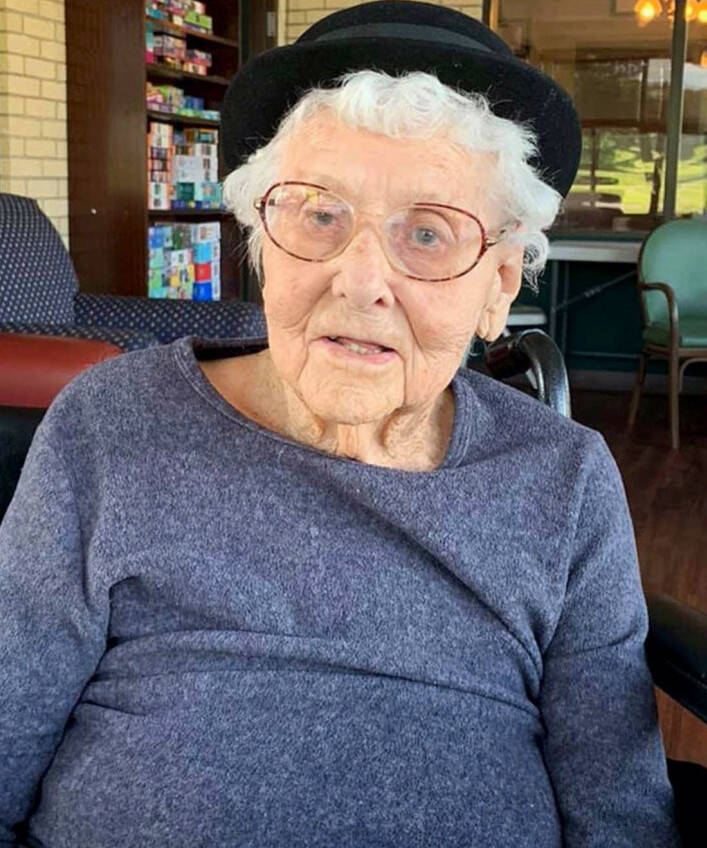 FacebookThe widow was a longtime resident at the Webco Manor Nursing Home in Marshfield, Missouri.

Jackson — who was a 2018 honoree on the Missouri Walk of Fame — only ever had positive things to say about Bolin. And from the couple’s age difference to Jackson’s statements about their marriage, it seemed like it was a less romantic and more benevolent affair.

Before Jackson went public with her story, it was believed that Maudie Hopkins was the last known surviving Civil War widow. Hopkins had married 86-year-old Confederate soldier William Cantrell when she was 19 years old. And Hopkins died in 2008.

As for Jackson, her final years were of great interest to her local community. The Missouri Cherry Blossoms Festival even staged a play about her life in 2019 as part of a Randy Travis Foundation fundraiser. Yet she still remained as private as she could even after her past came to light.

“I never wanted to share my story with the public,” she once said. “I didn’t feel that it was that important and I didn’t want a bunch of gossip about it.”

After learning about the last known Civil War widow, check out 30 Great Depression pictures brought to life in stunning color. Then, take a look at photos of the Great Depression’s forgotten Black victims.