1,900-Year-Old Roman Relic Uncovered After Being Used As A Stepping Stone In An English Garden

A woman in the small village of Whiteparish used the slab for nearly a decade as a step-mount for her horse before she saw its inscription hiding beneath a layer of mud. 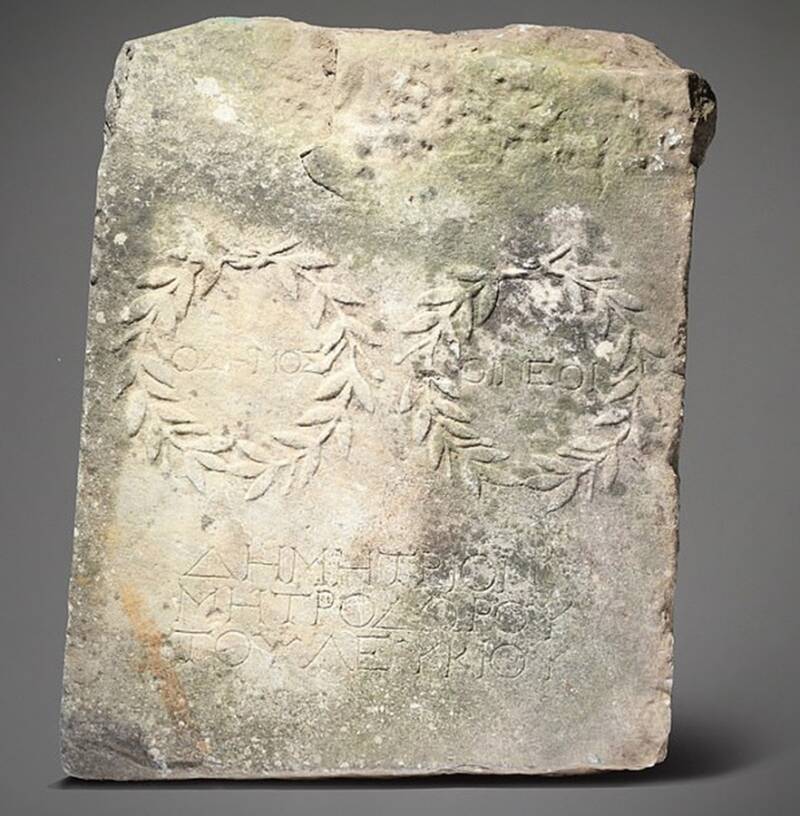 Woolley & WallisThe 1,900-year-old stone slab that was found in the garden of an English home in the village of Whiteparish.

Nearly two millennia after it was first forged, an ancient Roman artifact was found hiding in plain sight in an English garden. The historic stone slab lay untouched for a decade as the unwitting homeowner used it as a mere stepping stone.

According to Live Science, experts have confirmed that the 25-inch slab dates back to the second century A.D. The style of its carvings indicate that it likely originated from outside of England and was likely made in Greece or Asia Minor (Turkey). These areas — and everything from Britain down to Egypt — had fallen under Roman control by 100 A.D. 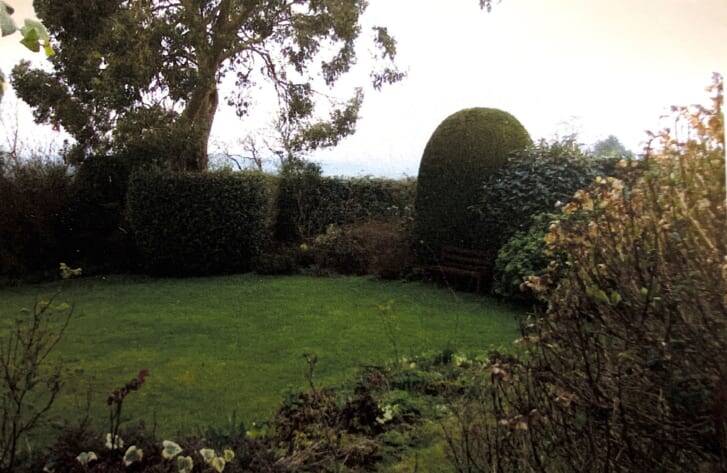 Woolley & WallisThe garden in Whiteparish, England where the slab was being used as a stepping stone.

Before this slab was uncovered — which initially occurred about 20 years ago — the homeowner had been using the artifact as a mount for her horse in the village of Whiteparish in southern England. It wasn’t until she was reorganizing her garden that she noticed a laurel wreath — a classic Roman motif — carved on its surface, which had previously been obscured by mud.

After seeing the carvings on the slab, she suspected that her stepping stone might actually be more than a normal old rock. She then contacted a local archaeologist to examine it.

The slab’s wear and tear initially made it difficult to discern its details clearly. But further analysis by the local archaeologist uncovered an inscription on the artifact that read, “the people [and] the Young Men [honor] Demetrios [son] of Metrodoros [the son] of Leukios.”

According to Greek City Times, the origin of the name Demetrius comes from the ancient Greek Demetrios, one of the names mentioned in the inscription. Meanwhile, Metrodorus translates to “mother’s gift” and leukos means “white” or clear or brilliant. However, further detail about the exact meaning of the inscription remains largely unclear. 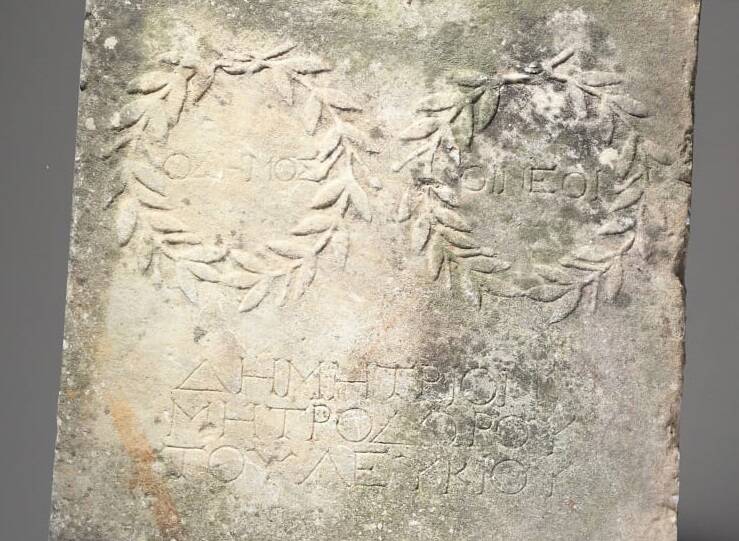 Woolley & WallisA close-up of the inscriptions present on the ancient slab.

With the true nature of this “stepping stone” long since uncovered, it is now being sold off to the highest bidder by the Woolley & Wallis auction house, based in Salisbury.

According to Woolley & Wallis, the Roman relic likely made its way to England sometime around 300 years ago, probably thanks to a rich aristocrat who had bought it during a trip to continental Europe.

While we’ll surely never know how much the slab first sold for centuries ago, this artifact is now estimated to sell for at least 15,000 pounds, or about $20,000.

“Artifacts of this type often came into England as the result of Grand Tours in the late 18th and 19th century, when wealthy aristocrats would tour Europe, learning about classical art and culture,” said Will Hobbs, an antiquities specialist at Woolley & Wallis, in a statement from the auctioneers.

“We assume that is how it entered the U.K. But what is a complete mystery is how it ended up in a domestic garden, and that’s where we’d like the public’s help.”

Hobbs said that it may have found its way to the garden via one of the nearby country estates, such as the Cowesfield House or the Broxmore Houses.

Both of these manors were demolished after World War II since they had been requisitioned by the British Army during the war. Rubble from the demolished manors could have then been reused to build structures in the surrounding area, including the house of the woman in question who used it as an ordinary stepping stone.

However, the artifact’s true origins — what it was initially a part of and why exactly it was made — are still unclear and will likely remain a mystery forever.

Now that you’ve read about the 1,900-year-old Roman artifact that was being used as a stepping stone, read about the hoard of 557 rare coins from the “Black Death” era dug up by amateur metal detectorists. Then, learn some of the most fascinating facts about ancient Rome.