Why Helltown, Ohio Actually Lives Up To Its Name

Welcome to Helltown, an abandoned city in Ohio's Cuyahoga Valley that fuels local urban legends about a chemical spill and murderous Satanists.

In the Cuyahoga Valley in Ohio, there is an eerily deserted place known as Helltown.

Unlike the ghost towns of the west, this midwestern area is particularly unique because it doesn’t look all that old. Although some buildings bear the features of early America, the rest are distinctly 20th century. The clear “NO TRESPASSING” signs posted throughout the town are certainly modern – and official. 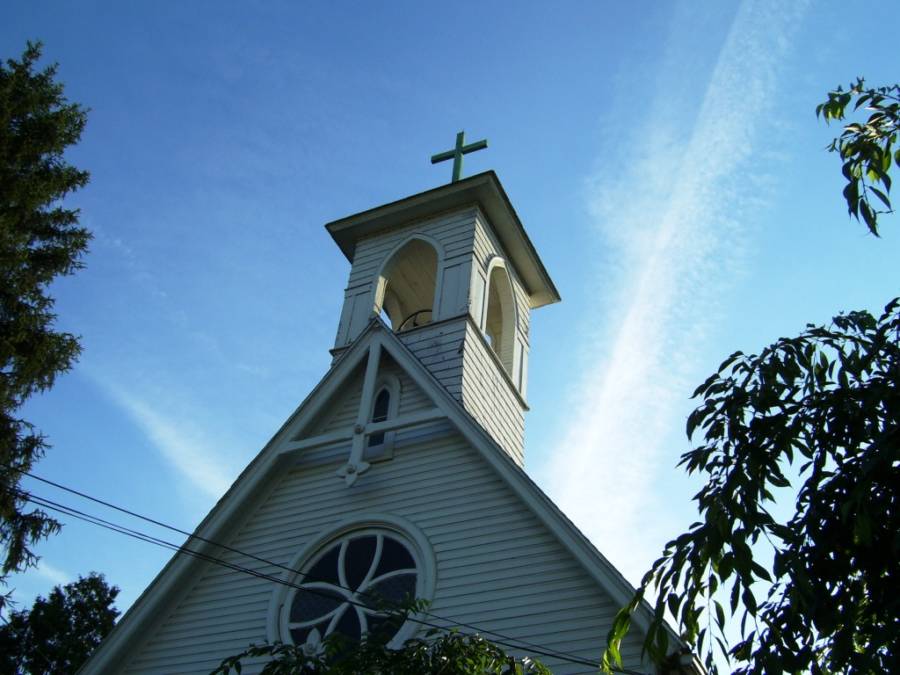 There’s not a soul to be found in this place, but there are still remnants of the lives the former residents left behind, including an abandoned school bus. The town is surrounded by dangerous roads that seemingly lead to nowhere. But it is the church that seems to have inspired its ominous name. The white building in the center of Helltown is emblazoned with upside-down crosses.

The locals all have their theories. Some say the church was a place of worship for the Satanists who populated Helltown, some of whom they say still lurk around the closed-off roads, hoping to ensnare unwitting visitors.

Others say the town was evacuated by the government after a toxic chemical spill that resulted in bizarre mutations in the local residents and animals, with the most deadly being the “Peninsula Python” – a snake that grew to enormous size and still slithers near the abandoned town.

Even the old school bus is the center of a dark legend. Supposedly the children it carried were slaughtered by an insane killer (or, in some versions of the story, by a group of Satanists). The superstitious claim that if you peer through the vehicle’s windows, you can see either the ghosts of the killer or his victims still sitting inside.

Helltown, Ohio, is in fact an abandoned town formerly known as Boston whose deserted buildings provide plenty of fodder for creepy photos (or at least they did until they were all torn down in 2016). While what really happened to the town’s residents is quite disturbing in its own way, most of the urban legends have rather mundane explanations. 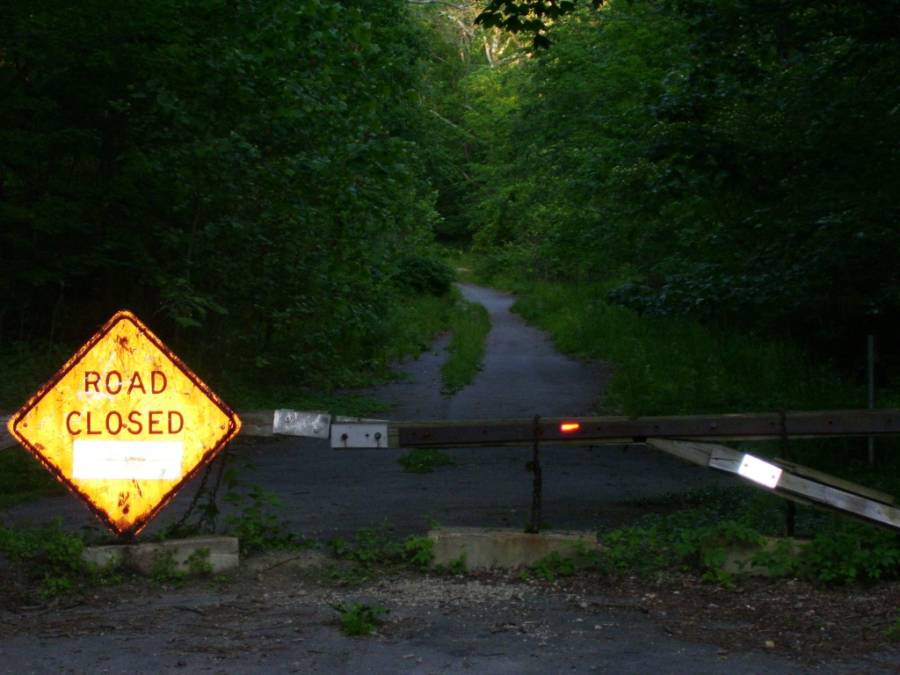 Flickr CommonsOne of the many closed-off roads that surround Boston, Ohio.

The church does in fact bear upside-down crosses, but these are a fairly common feature of the Gothic revival style in which it was constructed.

Ghost hunters may have actually gotten a terrifying glimpse of a man or children inside the old school bus: however they were not the spirits of murder victims forever trapped in limbo, but rather a man and his family who temporarily lived there while their house was being renovated.

There is still some local debate about whether the chemical spill actually happened, but the lack of hard proof regarding the Peninsula Python has not stopped locals from celebrating “Python Day.”

Even Helltown’s spooky name is the result of, rather than the source, of all these urban legends. Helltown is actually just a nickname for a part of Boston Township in Summit County, Ohio. The residents of the area were indeed forced to abandon their homes by the federal government, but not because of a chemical spill or supernatural coverup.

With national concerns about deforestation in full swing, in 1974 President Gerald Ford approved legislation that allowed the National Park Service the power to expropriate land, theoretically to preserve forests. 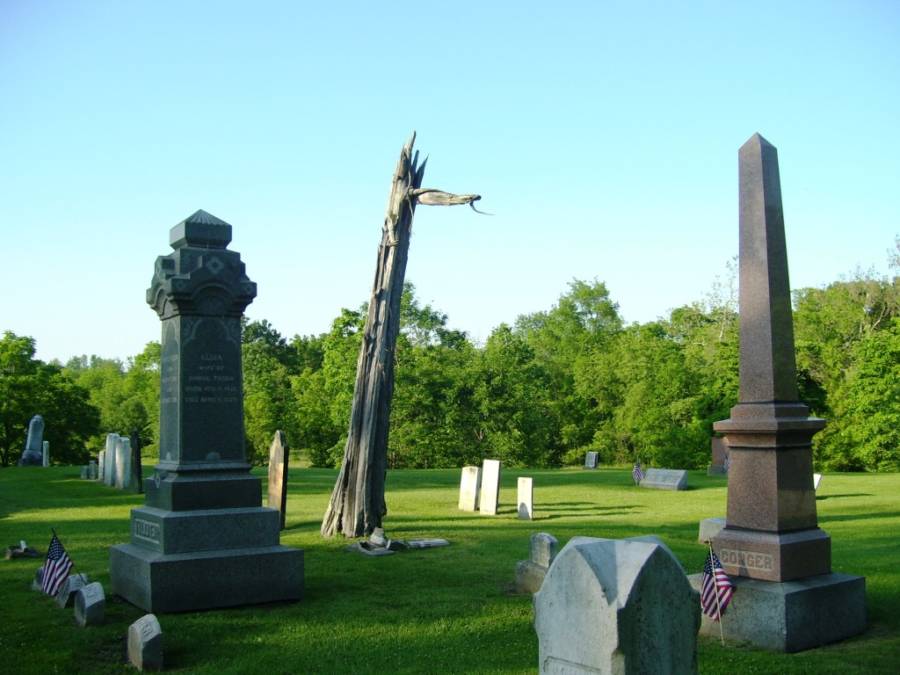 Flickr CommonsThe dead were the only residents of Helltown not forced to relocate and the cemetery is the source of many ghost stories.

While the idea behind the bill may have been good-intentioned, it was bad news for residents living in areas designated by the National Park Service for new parks.

The area that is now dubbed “Helltown” was earmarked for the new Cuyahoga Valley National Park and the people living there had no choice but to sell their properties to the government. One disgruntled mover scrawled his own gloomy epithet on a wall: “Now we know how the Indians felt.”

Enjoy this story about Helltown, Ohio? Next, check out these seven creepy abandoned cities. Then, read these five freaky stories that are totally true.