Even though she was emancipated in 1848, Henrietta Wood was kidnapped and enslaved again for 16 more years. After she was freed a second time, she took her captor to court. 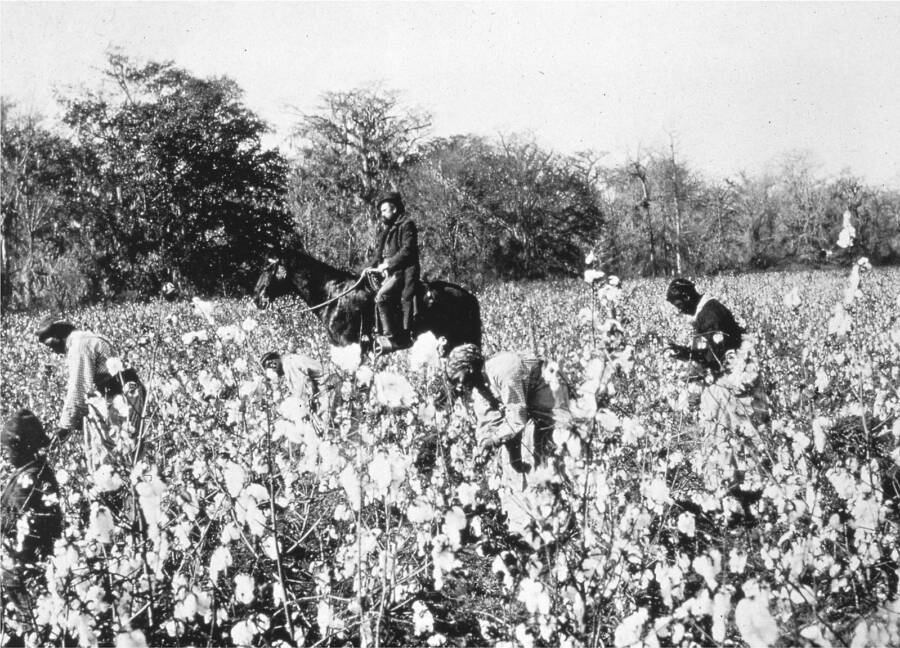 Wikimedia CommonsHenrietta Wood (not pictured) was a free woman who was kidnapped and sold into slavery. She took her abductor to court in 1878 — and won.

In 1853, a deputy sheriff lured a Black woman named Henrietta Wood across the Ohio River from Ohio into the slave state of Kentucky. Once she was on the other side of the river and had no legal rights, Wood became property – even though she’d been living as a free woman for years.

For the next 16 years, Wood tried and failed to prove that she should be free.

Once she was finally emancipated, Wood returned north to Ohio – and took her kidnapper to court. In 1878, in front of an all-white jury, Wood testified to the horrors she experienced on a Mississippi plantation and how the man who owned her forced her to walk to Texas to avoid being freed by Union troops at the end of the Civil War.

In the end, Wood won her case — the largest slavery reparations lawsuit in American history. 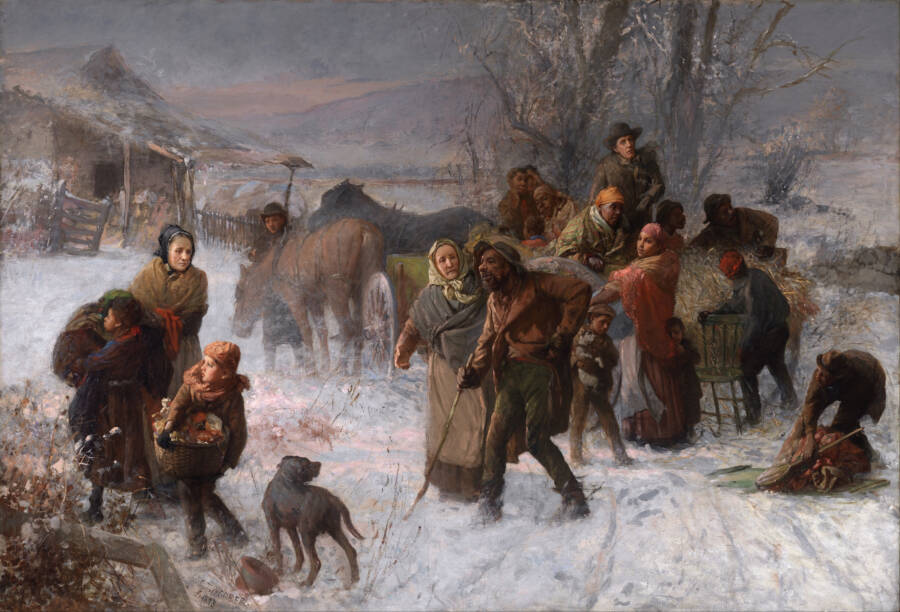 Charles Webber/Cincinnati Art MuseumCincinnati became an important stop on the Underground Railroad, thanks to its position across the Ohio River from the slave state of Kentucky.

Born a slave in Boone County, Kentucky sometime between 1818 and 1820, Wood was separated from her family and taken to Louisville at 14 years old. Bought by Henry Forsyth for $700, Wood never again saw her brothers or sisters. “Forsyth was a pretty mean man,” she recalled.

In Kentucky, Wood kept house and worked on both a steamboat and at the Louisville Hotel. She was sold a second time by the 1840s to a woman named Jane Cirode. In 1848, Cirode brought Wood to the free state of Ohio and had her freed. Wood recalled this period as her “sweet taste of freedom.”

But that freedom didn’t last. 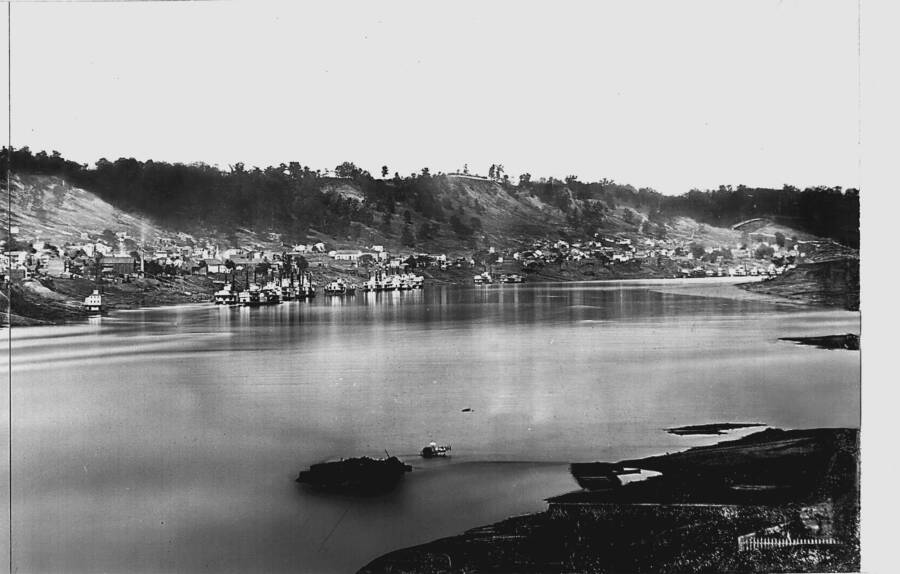 Public Library of Cincinnati and Hamilton CountyTo be on one bank of the Ohio River meant the difference between freedom and slavery. Wood’s employer lured her across the river — and into bondage.

Cirode’s daughter and son-in-law felt that she had stolen part of their inheritance by freeing Henrietta Wood, and they devised a plan to own her again. The scheming couple paid off Zebulon Ward, a deputy sheriff in the slave state of Kentucky, to kidnap her.

Unfortunately, this practice was all too common in Wood’s time. Under the Fugitive Slave Act of 1850, gangs of slave catchers abducted freed Black people and sold them off in the South. Ward got in with one of those gangs, and in 1853, used Wood’s employer to trick her into crossing the Ohio River with her into Kentucky.

As soon as the carriage stopped, a man grabbed Wood and snarled, “Now, don’t run, or I’ll shoot you.”

Wood watched in dismay as her employer accepted a wad of bills from the kidnappers and returned to Ohio. Wood wouldn’t cross the river back to freedom for over a decade.

For the next few nights, Henrietta Wood found herself imprisoned in roadside inns as her captors brought her to a plantation in Lexington. Desperate to return to freedom, Wood shared her story with an innkeeper who filed a lawsuit on her behalf declaring that she was a free woman.

But Ward denied that Wood had ever been a free woman, and thanks to the kidnapping scheme, Wood couldn’t provide her freedom papers to prove her status. The Kentucky courts wouldn’t even let her testify. In the end, the court dismissed the lawsuit and, in 1855, Wood found herself purchased by a man named Gerard Brandon.

Brandon had several extensive Mississippi plantations that were worked by 700 to 800 slaves. “I sowed the cotton, hoed the cotton, and picked the cotton,” Wood said. “I worked under the meanest overseers, and got flogged and flogged, until I thought I should die.” 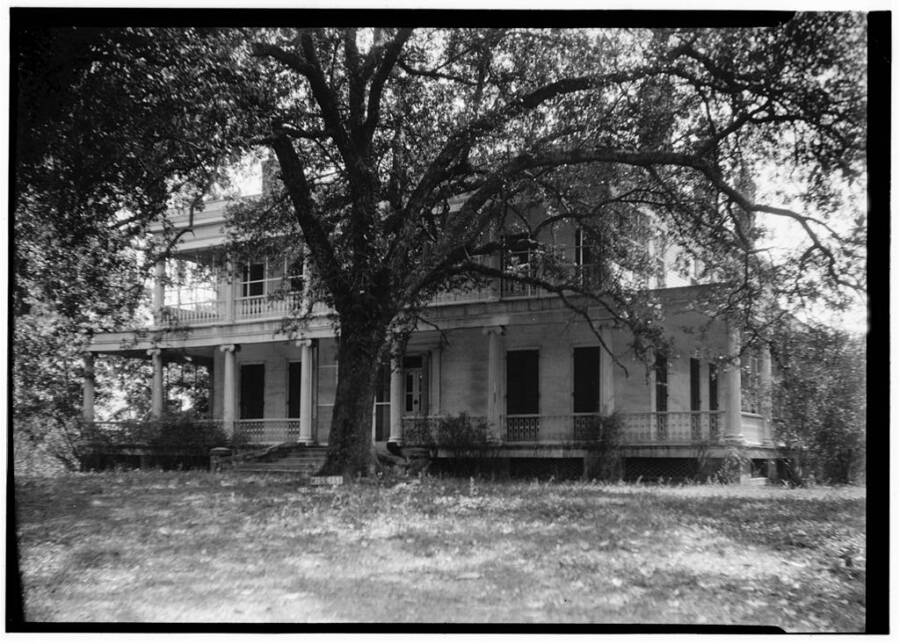 James Butters/Wikimedia CommonsAt the Brandon plantation, Henrietta Wood faced horrific conditions. Her owner, Gerard Brandon, abandoned Brandon Hall during the Civil War and made hundreds of his slaves walk to Texas to avoid being freed.

Conditions on the Brandon plantation were brutal. Wood described overseers tying women to four stakes and giving them hundreds of lashes with a leather strap. “They had been used to beat the slaves with bullwhips,” Wood recalled. “But they killed so many of them that way that they had to use straps instead.”

“If you did not walk fast enough to please the overseer, or pick quite enough cotton, or even looked away from your work, you got whipped.”

While on the plantation, life charged onward. Henrietta Wood had a son named Arthur with an unknown man, and the Civil War broke out. As Union Troops swept southern plantations freeing slaves, Brandon ordered hundreds of his slaves, including Wood, to march to Texas where he could keep them in bondage.

Wood was thus forced to continue to work for Brandon until 1866, by which time the Civil War had ended and Abraham Lincoln had issued the Emancipation Proclamation to free all remaining slaves. Though she was freed, Wood stayed on to work for Brandon as he promised her a $10 per month salary, but she reportedly never saw a dime.

In 1869, Wood finally returned to Ohio — and she promptly sued Zebulon Ward for kidnapping her and selling her into slavery.

Henrietta Wood filed a lawsuit for reparations in 1870, but it wouldn’t reach a verdict until 1878. That year, in a Cincinnati courthouse, an all-white jury listened as Wood testified to her horrific ordeal and asked for $20,000 in reparations.

The jury ruled in Wood’s favor. “We, the Jury in the above entitled cause, do find for the plaintiff and assess her damages in the premises at Two thousand five hundred dollars,” the foreman declared.

By today’s standard, $2,500 equals about $65,000, which makes Wood’s verdict the largest in a slavery restitution case.

Ward did eventually pay Wood, though he refused to admit fault. On the memorandum line of the $2,500 check, Ward scrawled, “To pay for the last Negro that will ever be paid for in this country.”

While Henrietta Wood won her day in court, her lawsuit didn’t usher in a wave of similar cases. As the New York Tribune marveled, “Not so many complications of a legal nature arise out of the old relations of master and slave as might have been expected.”

That was fine to most white Americans, who wanted to sweep the history of slavery under the rug. Indeed, even Judge Phillip Swing who presided over Wood’s case instructed the jurors to consider slavery a thing of the past.

“Fortunately for this country,” he said, “the institution of slavery has passed away, and we should not bring our particular ideas of the legality or morality of an institution of that character into Court or the jury-box.”

What Swing implied was that paying out large monetary reparations wouldn’t be fair to slaveowners who regretted buying and selling human beings. The $2,500 awarded in Wood’s lawsuit was, as The New York Times declared in an 1878 article, “Not a large sum by way of indemnity for kidnapping and for fifteen years of slavery.”

But to pay out the millions of enslaved people might bankrupt the South. 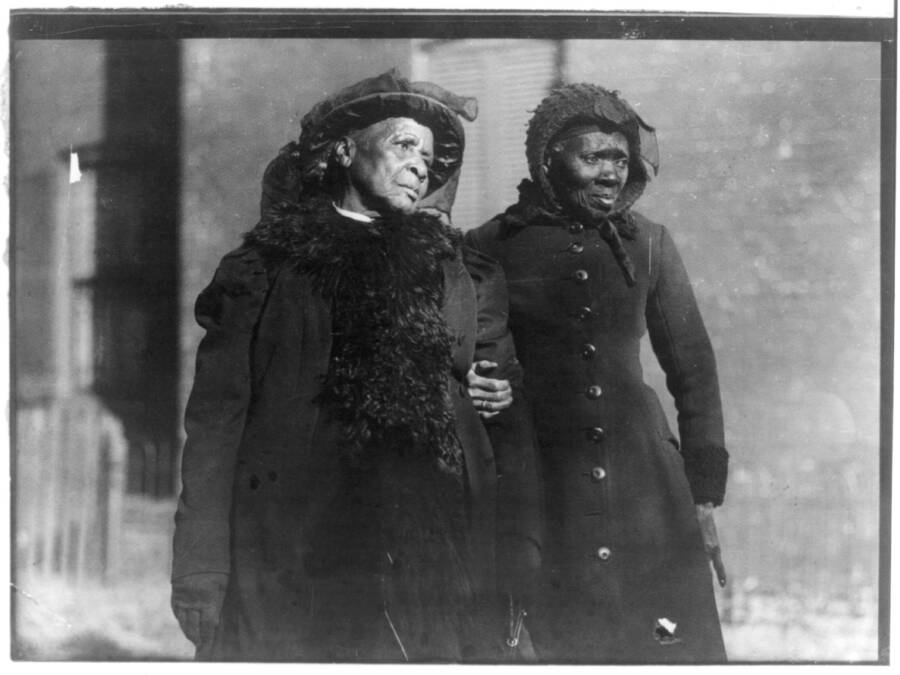 National Photo Company Collection/Library of CongressIn 1916, former slaves met in Washington, D.C. to ask for reparations. Elizabeth Berkeley and Sadie Thompson, pictured here, attended the convention. They did not receive pensions or reparations.

Reparations changed the course of Henrietta Wood’s life. She and her son Arthur moved to Chicago, where she was able to put him through law school. Arthur became one of the first Black graduates of Northwestern University’s School of Law.

Today, over 150 years after emancipation, the debate over reparations continues. During the 2020 Democratic Primary, Joe Biden expressed interest in studying reparations to tackle the harm caused by systemic racism. According to anthropologist Jason Hickel, the U.S. extracted $97 trillion of value from enslaved people.

However, Henrietta Wood’s reward remains the largest sum ever granted to a formerly enslaved person in United States history.

In her era of intense racial discrimination, Henrietta Wood’s descendants were nonetheless able to thrive in professional careers — all thanks to reparations.

After this look at Henrietta Wood, read about Matilda McCrear, the last survivor of the Transatlantic slave trade. Then, learn all about the underground railroad.