"I split the belly of the mother shark and found three pups in the stomach. Two were like the mother and this one looked like it had a human face." 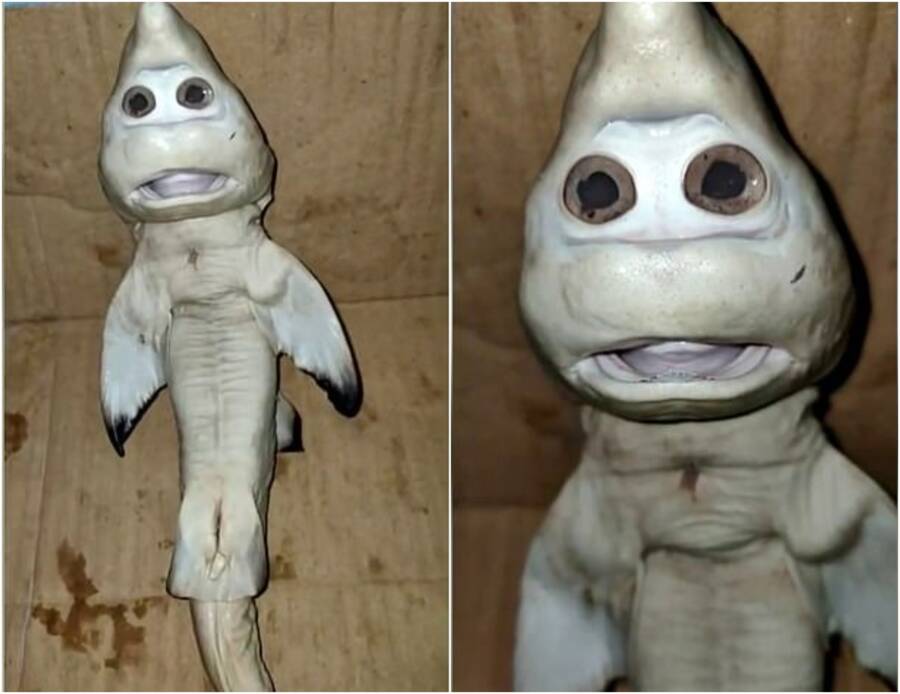 An Indonesian fisherman just pulled in a shocking haul — a baby shark with a “human face.”

The fisherman, Abdullah Nuren, made the strange discovery near Rote Ndao in the East Nusa Tenggara province of Indonesia. He was collecting his nets when he noticed that he’d accidentally snared an adult shark. Nuren cut the shark’s belly open, and found three “pups” inside.

“I initially found a mother shark caught in the trawler net,” Nuren explained. “The next day I split the belly of the mother shark and found three pups in the stomach. Two were like the mother and this one looked like it had a human face.”

The baby shark, which was about the size of a human hand, appeared to have big, round eyes, an open mouth, and a human-like expression of surprise.

Nuren took the creature’s body home to show his family — who helped him preserve it. As the news of his discovery spread, so did the number of people gathering outside his home, hoping to catch a peek at the bizarre find. “My home has been crowded with people who want to see the shark,” Nuren said.

Footage of the tiny, human-like shark.

The shark is believed to be a “requiem” shark. These sharks, which are members of the Carcharhinidae family, can be very small (less than 40 inches) or huge (more than 24 feet).

So, what could have caused this baby shark to develop such odd features? Scientists have a couple of theories.

One — the baby shark’s bulging “eyes” may not be eyes after all. They might actually be part of the nose.

Gavin Naylor, director of the Florida Program for Shark Research at the University of Florida and the curator of the Florida Museum of Natural History explained, “What might appear to be ‘eyes’ are the nasal capsules which have not completely closed over. If you were to roll the shark over you’d see the eyes placed dorsolaterally.”

Another possibility is that the baby shark had some kind of birth defect.

Neil Hammerschlag, a research associate professor at the University of Miami’s Rosenstiel School of Marine & Atmospheric Science, whose research focuses on sharks, has his doubts about the veracity of the baby shark images. But assuming they’re real, he thinks a birth defect is likely to blame.

The outlandish appearance of the shark “may be a case of partial cyclopia (two eyes but with one fused orbit),” Hammerschlag said.

Naylor agreed that a birth defect was possible. “It is already quite large so it could also have been a developmental anomaly,” he said.

The human-like shark isn’t the first odd sea animal to be discovered near Indonesia. In October 2020, fishermen made a similarly surprising find. 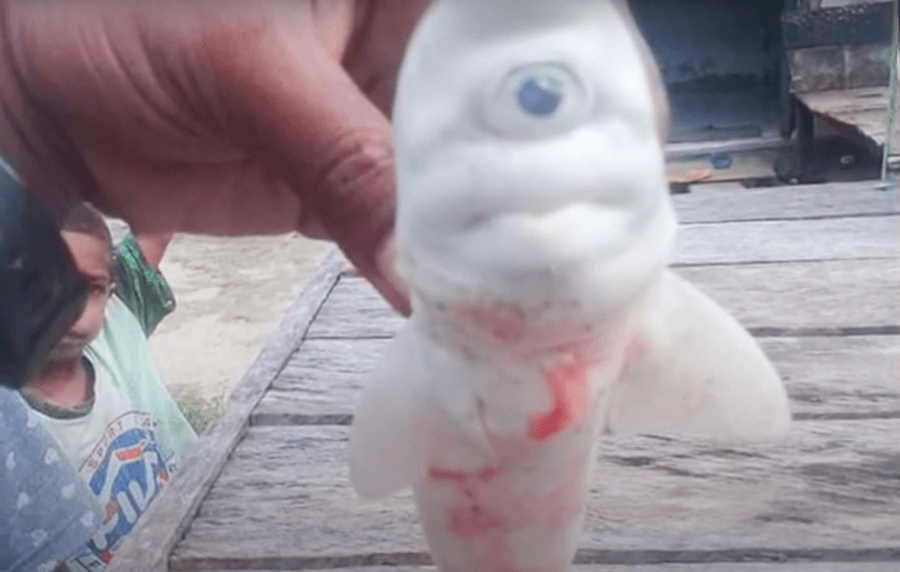 YouTubeAnother strange shark was discovered near Indonesia in October 2020.

That story starts the same way. Fishermen in Indonesia caught a mother shark in their nets. When they cut the shark open, they found two normal pups — and one strange one.

In this case, the baby shark was albino and had just one eye. “We found three babies inside its stomach, but one of them looked strange with only one eye. Its color was strange too, like milk,” said one of the fishermen who made the discovery.

That discovery drew comparisons to a 2011 discovery in Mexico. Then, fishermen found another albino, one-eyed shark in its mother’s womb. 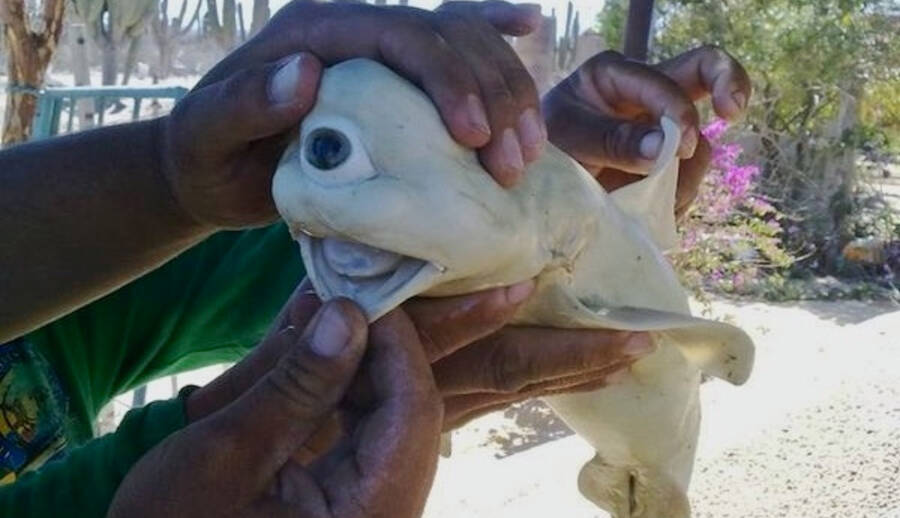 TwitterAnother strange shark was discovered in Mexico in 2011.

What causes mutations like these in sharks? Scientists aren’t always sure. The root cause is difficult to research in a controlled setting. However, malformations in sharks could potentially come from a number of factors, including infections, pollution, and inbreeding because of overfishing (which diminishes the gene pool.)

Although there are a lot of unknowns about the baby shark discovered by Nuren, some internet users have weighed in to say that the creature bears a resemblance to “Baby Shark” — the animated star of the viral YouTube song.

So, what will Nuren do with his discovery? According to him, many people have offered to buy the bizarre little shark. But he has decided to keep it for now. “I think it will bring me good luck,” he said.

After reading about the human-faced baby shark found in Indonesia, check out these 10 amazing facts about ocean animals. Then, learn how this prehistoric shark rotated its jaw to use its sharpest teeth.