Discover some of the ocean's weirdest creatures, from the parasitic anglerfish to the ogreish goblin shark — indeed, you'll be glad that these scary ocean animals don't live on land.

Earth’s oceans are a collection of vast and varied ecosystems that remain largely a mystery to this day. Indeed, according to the National Oceanic and Atmospheric Administration, only about five percent of the world’s seas have been explored. And yet, humankind has nevertheless uncovered a staggering array of sea animals that are as bizarre as they are beautiful. 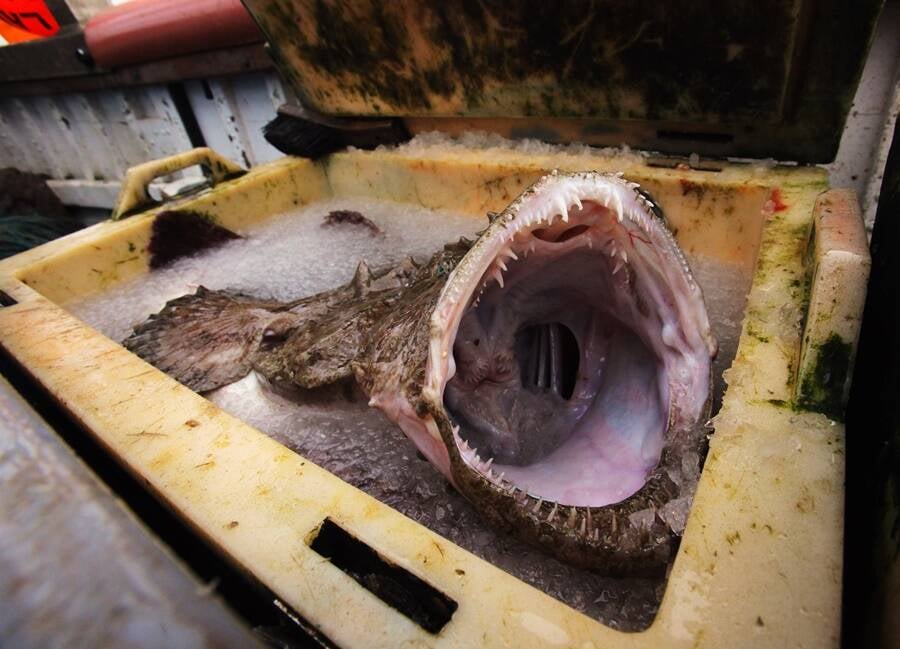 Take the scary ocean animal known as the sea anglerfish, for example. This deep-sea creature is known for the odd luminescent “lure” attached to its face that helps it to capture prey in the most isolated depths of the sea. Then, there’s the less menacing though equally odd sea cucumber, a vegetative and vulnerable-looking creature that is nonetheless considered to be among the most complex organisms in the sea.

From the terrifying to the surreal, these are some of the most bizarre sea animals in the world.

The Shapeless Sea Animal Known As The Blobfish 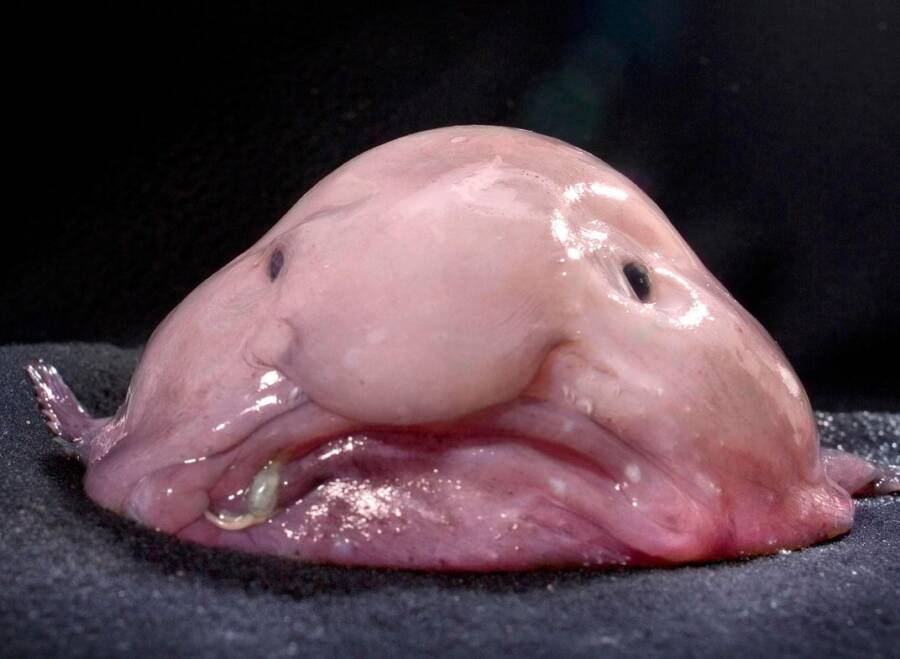 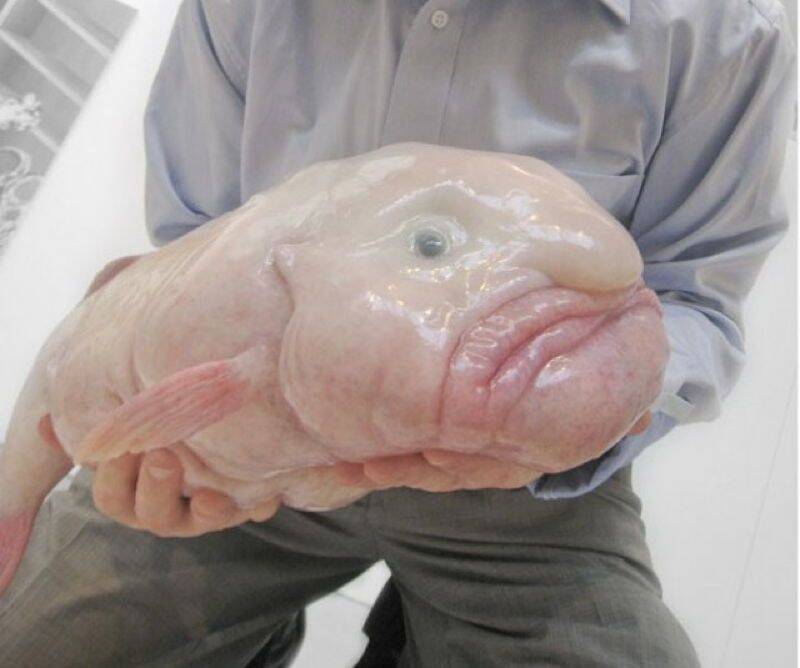 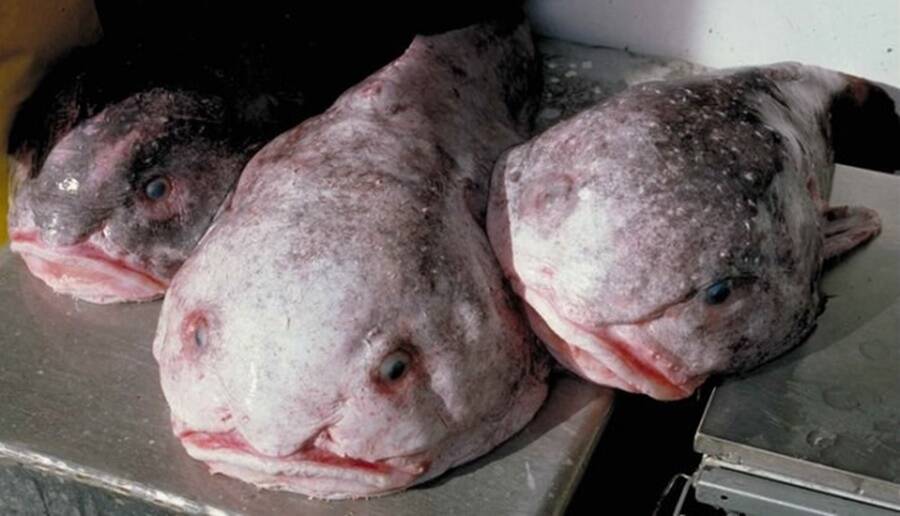 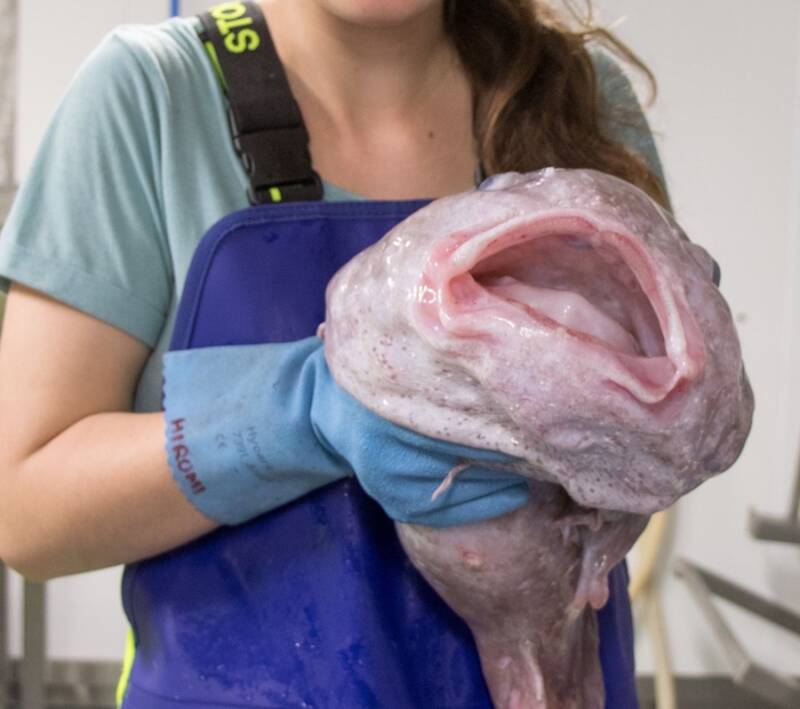 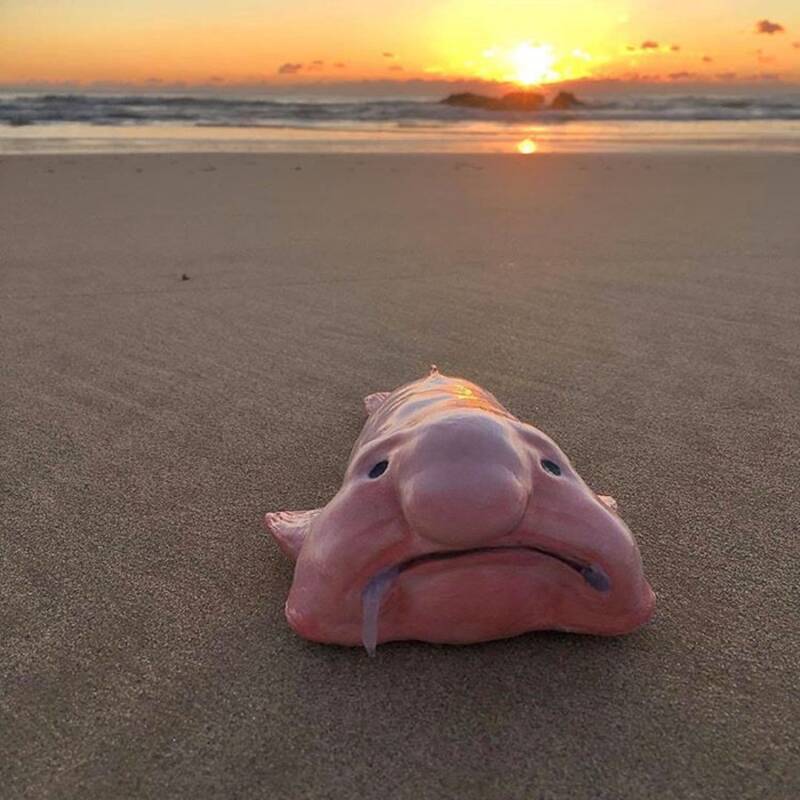 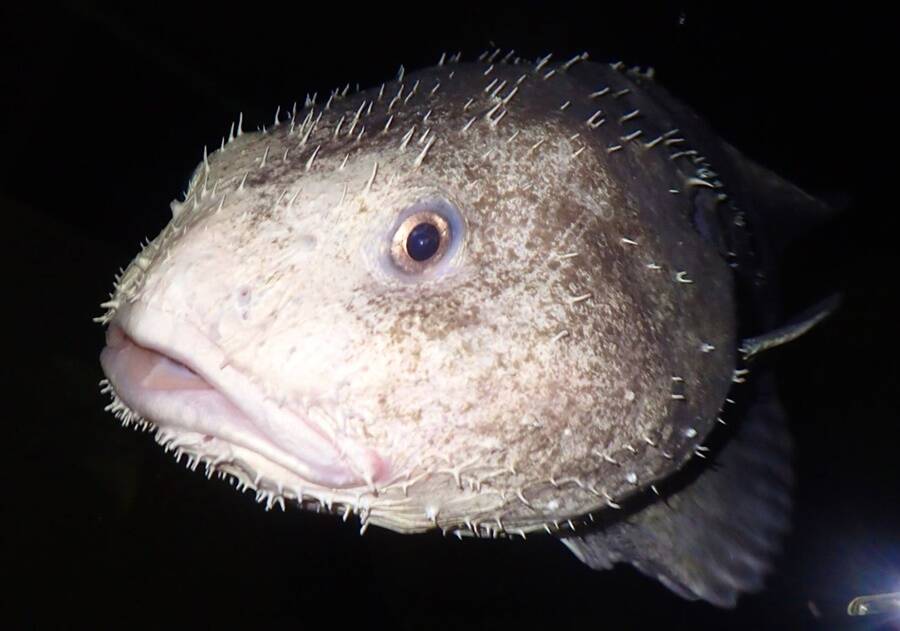 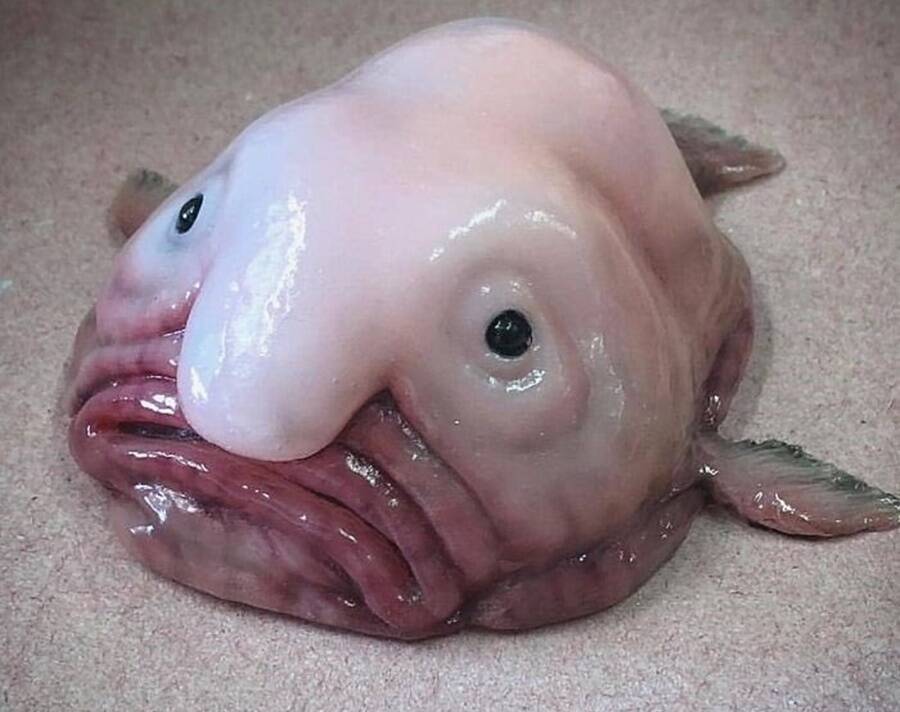 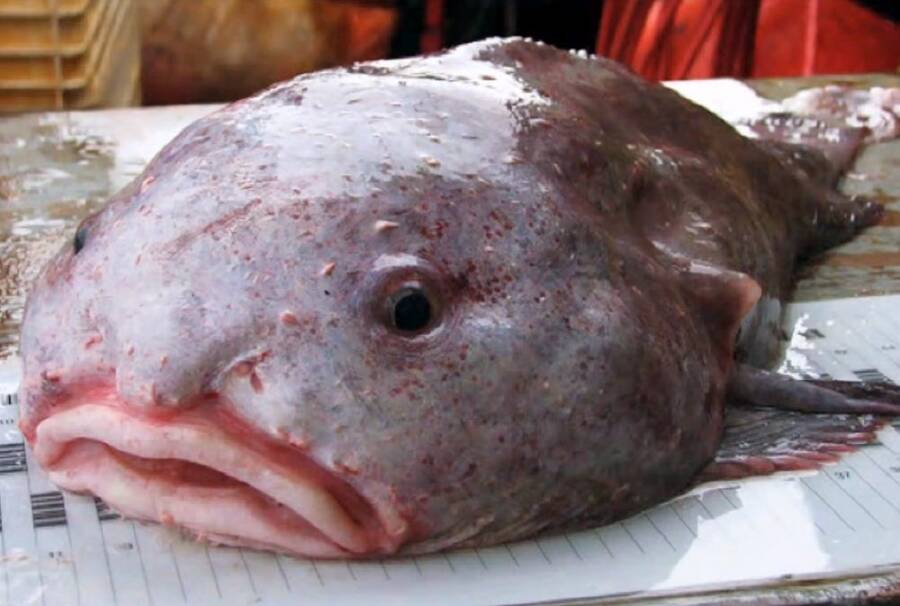 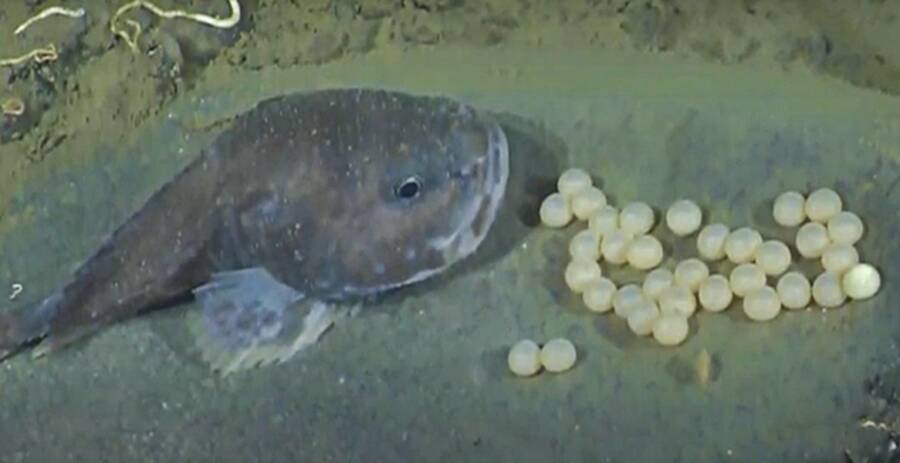 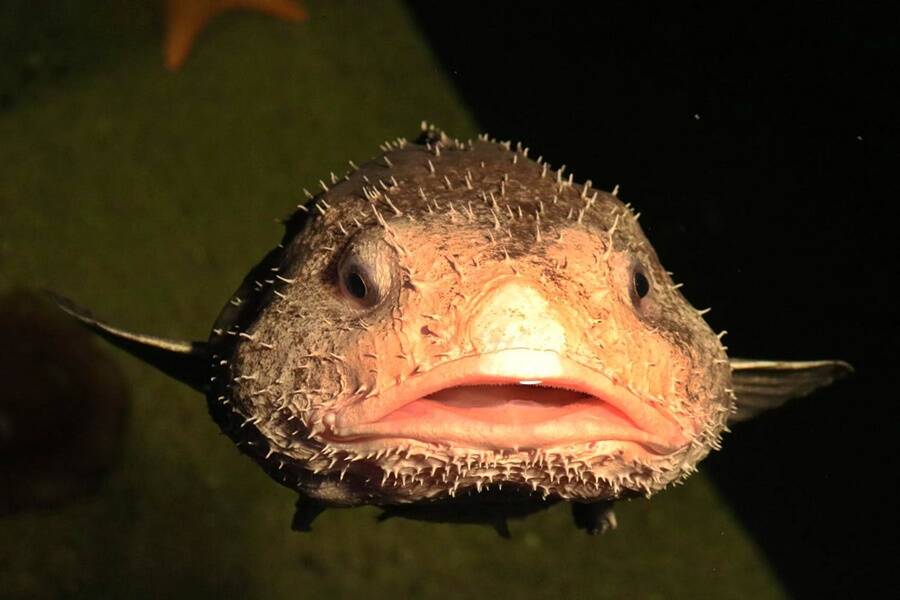 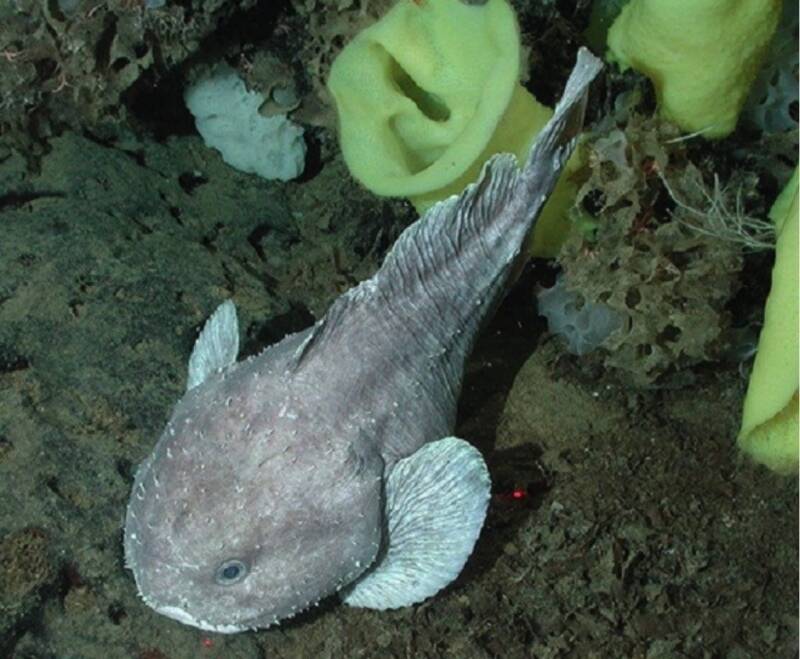 1 of 12
The blobfish has famously been dubbed "the world's ugliest animal" due to its gloopy appearance.Kerryn Parkinson/NORFANZ/Caters News/ZUMA Press
2 of 12
But the pink blob form we know blobfish to be is not actually their true shape. Grufnik/Flickr
3 of 12
Blobfish have been found as far as 9,000 feet below the surface which is an extremely pressurized environment. When it is taken out of that high-pressure atmosphere, the fish's physiology goes haywire. NOAA Fisheries
4 of 12
Blobfish have no skeleton or muscle matter, a physical attribute that helps its body to withstand the high-pressure deep at the bottom of the ocean. BLAKE
5 of 12
An illustration of a blobfish in its true form when it is underneath the ocean.Wikimedia Commons
6 of 12
When it is taken out of its highly-pressurized habitat, which holds its body's integrity together, the blobfish's body collapses. Thus, it turns into the pink blob we know.hiperculturaoficial/Instagram
7 of 12
Close-up of a blobfish in its natural habitat. Aquamarine Fukushima
8 of 12
Its pink jell-o-like form when the fish is brought to the surface. Times of India
9 of 12
In its natural habitat, the blobfish also expends little energy when feeding. This way it preserves calories in its extreme environment in the ocean, an important survival method. Screengrab from YouTube
10 of 12
A blobfish with a hatch of eggs. MBARI
11 of 12
Blobfish taxidermied specimen.Aquamarine Fukushima
12 of 12
Sadly, the blobfish is a common bycatch victim of fishing trawlers.MBARI The blobfish has commonly been crowned as the "world's ugliest fish," which is actually an impressive feat given just how many weird and scary ocean animals exist in the sea.

More gelatinous than grandma's pudding, the jiggly blobfish, or Psychrolutes microporos, has successfully captivated the internet for its shapeless form. But underwater, the blobfish doesn't actually look like an amorphous pink puddle.

In its natural habitat on the seafloor, the blobfish looks like any other fish with dark grey-ish coloring and texturized skin. So how does this weird ocean animal go from a normal-looking underwater to pink Jell-O on land?

Well, it has to do with the blobfish's biological makeup. Typically found off the coast of Australia, these fish live at extreme depths of 9,000 feet, where the pressure is 120 times higher than it is at the surface. Land mammals, like humans, are incapable of surviving in such a pressurized environment, which is why researchers must explore the deep sea in the safety of submarine vessels.

Similarly, as a sea animal that is accustomed to a highly-pressurized habitat, the blobfish cannot physically withstand our low-pressure environment outside the water.

"Unlike most other fish, the ones that live in these depths don't have gas-filled cavities like swim bladders that would collapse under the extreme pressure," explained Henry Reich, a science communicator and host of the online science show Minute Earth. "In fact, super-deep water fish often have minimal skeletons and jelly-like flesh, because the only way to combat the extreme pressure of deep water is to have water as your structural support."

When it is taken out of the highly-pressurized habitat that essentially holds its body's shape together, the blobfish's lack of skeleton and muscle combined with its jelly-like skin collapses, turning it into the gooey creature of internet fame.

While the blobfish's lack of physical integrity translates to a total catastrophe above water, it is the perfect biological feature for it to survive its environment. For example, when it comes to eating, the blobfish simply opens its mouth and floats about, noshing on any sea critters that enter its path. This allows the blobfish to preserve energy, an important ability in such an extreme environment.

Sadly, the blobfish is a common bycatch victim of fishing trawlers, and it's suspected that its bizarre appearance has contributed to a general ambivalence toward its wellbeing. Luckily, the weird ocean animal isn't endangered.