The blobfish was voted the ugliest animal in the world, but its skeleton-less biology has adapted and evolved perfectly to allow it to survive at highly-pressurized depths.

If you’ve been on the internet for the past couple of years, you’ve probably encountered a photo of something called a blobfish. As the name inherently connotes, this isn’t the most visually appealing species in the animal kingdom. Frankly, it barely even resembles a fish.

Nonetheless, our desires for the weird and surprising have propped the species to the forefront of internet culture and yielded a renewed awareness and appreciation of the blobfish. The specimen seen below, cleverly dubbed “Mr. Blobby,” even became the Ugly Animal Preservation Society’s mascot in 2013. 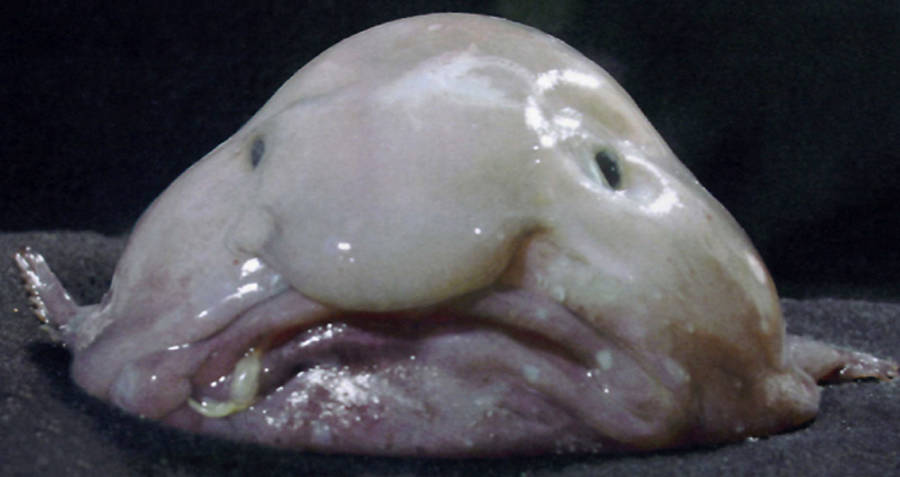 Public DomainMr. Blobby, possibly the most famous of all blobfish.

Though all of this might’ve entered the pop culture lexicon by now, the little-known fact that the seemingly ugly blobfish is actually not that ugly at all likely hasn’t. According to The Smithsonian, Mr. Blobby now sits on a shelf in the Australian Museum’s Ichthyology Collection in Sydney.

What was only recently discovered by causal onlookers online is that this animal’s admittedly unpleasant visage isn’t the blobfish’s natural state.

The skeleton-less fish, home leagues beneath the surface, has a body that’s adapted to pressure — and only appears ugly once removed, taken to the surface, and experiencing decompression damage.

The grumpy-looking Mr. Blobby was discovered during an exploration of submarine habitats around the Norfolk and Lord Howe islands. The joint Australian-New Zealand expedition was comprised of two dozen scientists who spent four weeks on research vessel Tangaroa.

It was photographer and marine ecologist Kerryn Parkinson who first encountered Mr. Blobby, describing him as a “very soft, very goopy fish, about the length of a comic book. While the ship swayed, the jiggly mass slid to and fro, even in death.”

A parasitic copepod hung out its mouth, as evident by the renowned photo at the top. 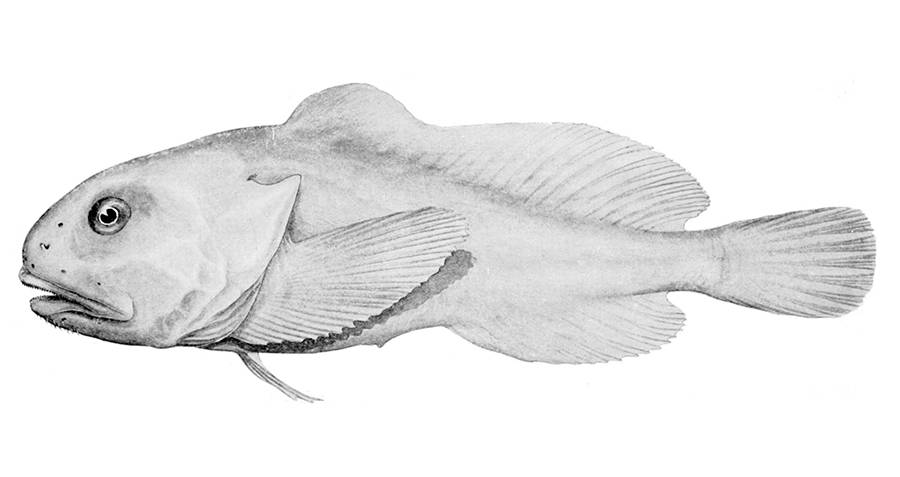 “He looked so human!” Parkinson said. “He had that certain charisma that demands attention.”

It’s been said that Mr. Blobby received his name from the 1958 horror classic, The Blob, but in addition to the marine experts rejecting that origin story — there’s a glaring obviousness as to how the name came about.

“Personally, I doubt that explanation,” Mark McGrouther, fish manager of the Australian Museum in Sydney. “I think it’s called Blobby because, out of the water, it’s a limp, flabby thing that can’t support its own weight. So it splodges.”

Besides the admittedly understandable fascination with Mr. Blobby’s appearance, there’s much to be found regarding its actual biology.

How The Blobfish Survives

Blobfish, Psychrolutes marcidus, are part of the fathead sculpin family, which is found in the Pacific, Atlantic, and Indian oceans anywhere between 330 and 9,200 feet below the surface. Most fish have swim bladders to help them keep buoyant — but not the blobfish.

“If Mr. Blobby had an air sac, he would collapse under the extreme pressure,” McGrouther explained. “Instead, he uses water as a structural support.”

Since this species’s blancmange of a body is less dense than water, the blobfish barely has to lift a proverbial finger to freely move around. It essentially drifts above the seabed and stays almost entirely still while doing so. 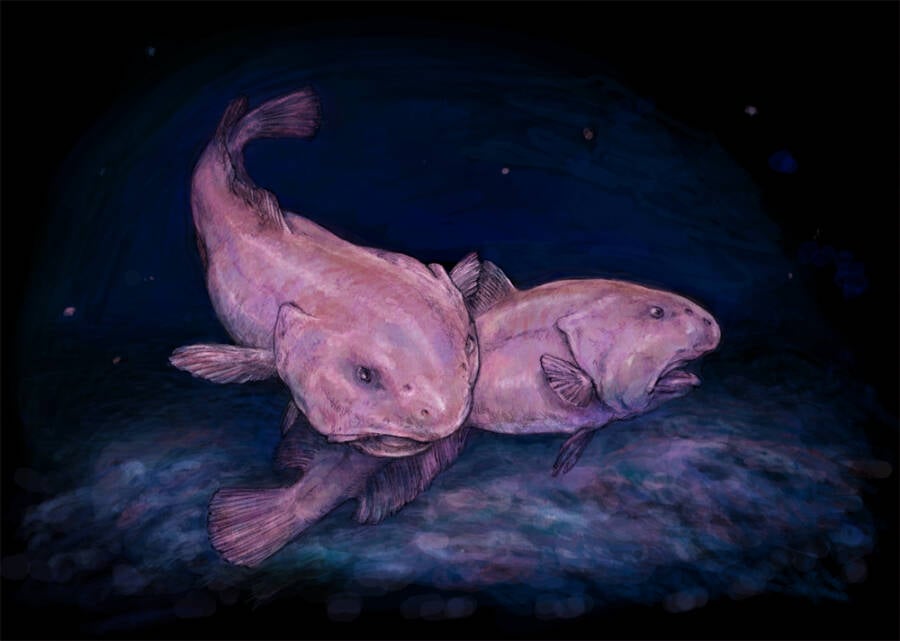 Wikimedia CommonsThe blobfish is more buoyant than water, allowing it drift along without much effort.

Similar to a whale shark, the blobfish simply floats around and accepts whatever edible material drifts into its open jaws. There’s certainly not a lot of food in the depths this animal occupies, but McGrouther remains adamant that the species has verged on the threat of extinction.

As for this particular specimen, there’s obviously no doubt: “Mr. Blobby is certainly dead.”

McGrouther posits that Mr. Blobby died while surfacing and that it was the drastic change in temperature that did him in.

“His mashed facial features may have resulted from being stuck at the back of the net, squeezed between all sorts of other marine life,” he said. “By the time he was dumped on the deck of the Tangaroa and exposed to the air, his skin had relaxed. He would have looked a good deal less blobby on the seafloor.”

When asked whether or not the title of ugliest animal was warranted here, McGrouther adamantly came to the creature’s defense.

“That was a sacrilege, really unfair,” he said. “I used to have an ugly dog named Florence, a mongrelly-looking thing. She was blind and had lost most of her hair and her mind, though never her appetite. Mr. Blobby is far more attractive than Florence.”

The Ugly Animal Preservation Society’s president, biologist Simon Watt, has pondered why exactly one type of animal gets the love and affection from an unwitting public while another, equally threatened species, does not.

“People have always shouted ‘Save the Whale,'” he said, “but until now no one has stood up for gob-faced squid or the hundreds of species that go extinct every day… We prefer big eyes, bushy tails and animals that have, at the very least, recognizable faces.” 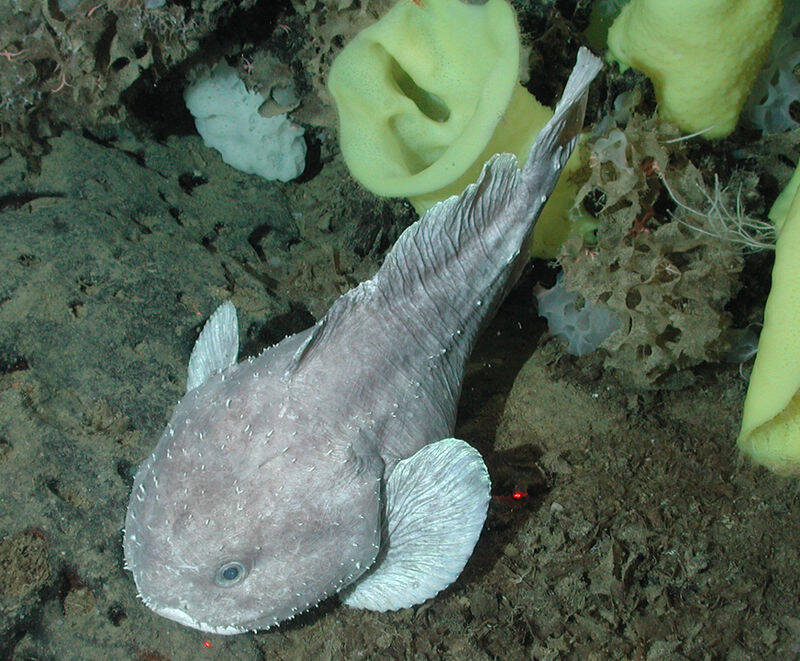 Wikimedia CommonssFortunately, the blobfish isn’t on the verge of extinction as some may have thought.

When he discovered that the blobfish isn’t endangered in the slightest, he was relieved.

“I’m pleased but sad,” he said. “Pleased because anything not endangered makes me happy, but sad because maybe the award should have gone to an animal like the Tonkin snub-nosed monkey, which is in dire straits and could use the press. But if the blobfish’s victory has made people aware that extinction is a wider problem, that’s all for the good.”

In further defense of the blobfish, the effects of decompression damage work both ways. If a human were to travel without any sort of protection down to the habitat of the blobfish, they wouldn’t end up looking so hot either. In fact, they’d probably be worse looking than Mr. Blobby.