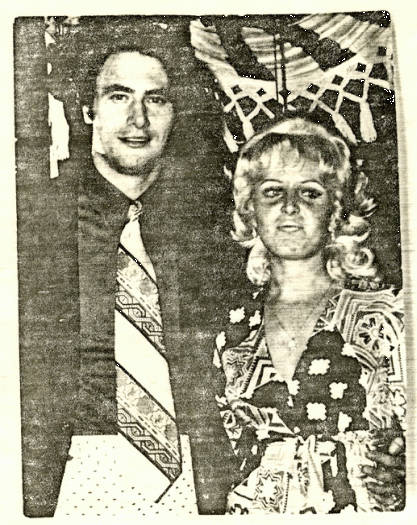 Thomas DeSimone served as the inspiration for “Tommy DeVito,” the Goodfellas character played by Joe Pesci in an Academy Award-winning performance. Unlike Pesci, however, DeSimone was an imposing man who stood 6’2″ and weighed 225 pounds.

Born in Cambridge, Massachusetts in 1950 to a deeply-rooted Mafia family, DeSimone soon after moved to New York City with his family.

DeSimone’s extended family included feared mobsters like a grandfather and an uncle who were both bosses of a Los Angeles crime family in the 1920s and 1950s, respectively. DeSimone also had two brothers that were associates of the powerful Gambino crime family in New York, one of which was murdered by the family for allegedly cooperating with authorities.

The weight of his brother’s reputation left DeSimone with something to prove, causing him to frequently lash out at others with violence. Finally, his sister, Phyllis, was a mistress of Jimmy Burke. Through this connection, Burke brought DeSimone on as a member of the Vario crew.

In the testimony used for the book Wiseguy, Henry Hill recalls that when he first met DeSimone, he was “a skinny kid who was wearing a wiseguy suit and a pencil mustache.” But at the age of 17, DeSimone committed his first murder. He shot a random pedestrian walking past him and Hill. He reportedly told Hill, “Hey, Henry, watch this.” before shooting the man in the head with a .38 pistol.

According to Hill, DeSimone relished the idea of killing people, his murderous tendencies aided by the fact that he was very often high on cocaine.

Perhaps DeSimone’s most brutal murder came in 1970, during a welcome home party for formerly imprisoned William “Billy Batts” Bentvena, a made man in the Gambino family. DeSimone became enraged over a snide comment that Bentvena made about DeSimone having once been a shoeshine boy. A couple of weeks later, because of the shoeshine comment as well as the fact that Burke had taken over Bentvena’s loan shark operation while the latter was in prison and didn’t want to relinquish it, Burke and DeSimone plotted to kill Bentvena.

Burke invited Bentvena to a bar owned by Hill for a night of drinking with the Vario crew. Burke got Bentvena drunk and then held him down while DeSimone beat him with a pistol. Thinking he was dead, Burke, Hill, and DeSimone placed him in the trunk of their car and drove away. After hearing sounds from the trunk, DeSimone and Burke realized that he was not yet dead, then beat and stabbed him to death before burying his body under a dog kennel.

Eight years later, during the Lufthansa heist, DeSimone acted as one of the key gunmen who collected the money. Then, following the robbery, he also carried out the killing of Parnell “Stacks” Edwards, a criminal associate that the thieves had hired to dispose of the truck used in the heist, but who had failed to do so.

In 1979, almost a year after the heist, DeSimone was declared missing. He was likely killed by the Gambino crime family in retaliation for the murder of Bentvena. Hill further alleged that DeSimone was handed over to the Gambinos by Vario, who had learned that DeSimone had attempted to rape Karen Hill, Henry’s wife and Vario’s mistress.