The Inspiring Life Of Israel Kamakawiwo‘ole, The Hawaiian Ukulele Giant Who Touched The World

Also known as Bruddah Iz, Israel Kamakawiwo‘ole captivated people across the globe with his rendition of "Somewhere Over The Rainbow" before dying in June 1997.

Israel Kamakawiwo‘ole could serenade an entire room into awestruck silence with only his voice and a ukulele. Before the beloved Hawaiian singer-songwriter also known as “Bruddah Iz” died in 1997, he had that effect on people around the world with perhaps the most iconic rendition of “Somewhere Over the Rainbow” ever recorded.

Meanwhile, in Hawaii’s Indigenous community specifically, Israel Kamakawiwo‘ole is proudly remembered for helping his people fight for their very identity as a state sovereignty activist. This is his story. 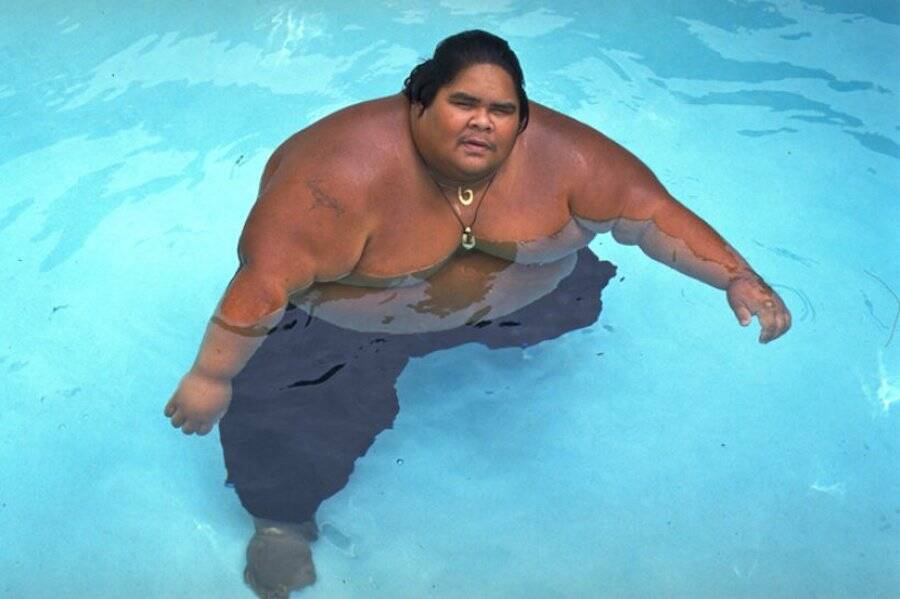 The Early Life Of Israel Kamakawiwo‘ole

Israel Kaʻanoʻi Kamakawiwo‘ole was born in Honolulu on May 20, 1959. He quickly gravitated to the ukulele and began playing with his brother and cousin when he was 11. While it certainly helped that his uncle was a musician himself (and starred in Hawaii Five-O), Kamakawiwo‘ole paved his own way. 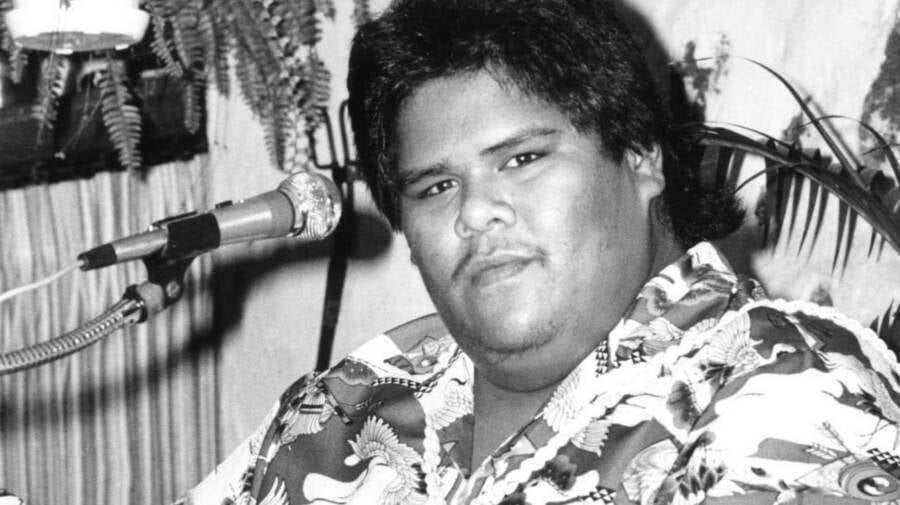 officializhawaii/InstagramKamakawiwo‘ole started playing the ukulele at 11.

While the time he spent with his cousin and brother was foundational, so too were the summers he spent with his grandparents on Ni‘ihau. It’s not only the westernmost main island of Hawaii, but one that remains entirely populated by its Indigenous people. Only relatives, invited guests, government officials, and supervised tourists are allowed on land.

Kamakawiwo‘ole was 17 years old when he formed Mākaha Sons with his brother Skippy. Despite dropping out of high school and becoming dependent on drugs and alcohol, he found himself at a graduation party where most of his peers heard him sing for the first time. His friend Del Beazley has never forgotten that moment.

“As soon as Israel Kamakawiwo‘ole opened his mouth and sang, that whole place went quiet,” said Beazley. “Every great singer has something special. It’s almost a nasal or head tone. And that thing just cut right through the air, stopped everybody in their tracks.” 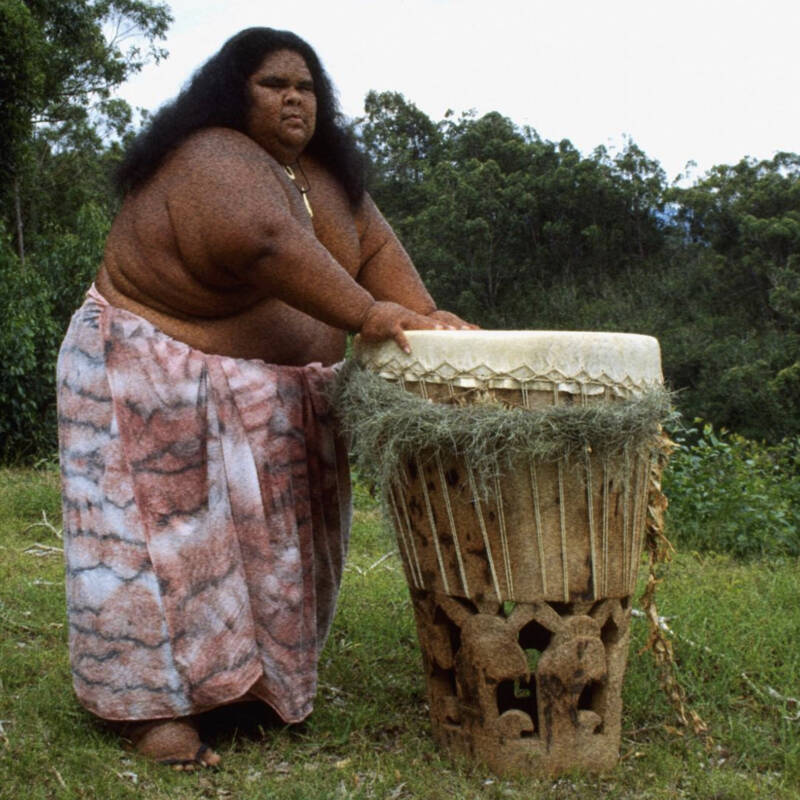 officializhawaii/InstagramFrom substance abuse to obesity, the singer was tragically unhealthy.

Mākaha Sons gave their Hawaiian brethren authentic songs of their homeland. It was a time when most Hawaiian music was bastardized commercial art aimed to satisfy the misconceptions of mainland America.

Despite launching his career and finding his voice by speaking to and for his people, Kamakawiwo‘ole suffered a major setback when Skippy died in 1982 of an obesity-related heart attack at 28.

Kamakawiwo‘ole kept at it, however, and eventually changed his life forever with one simple recording in 1988. It was 2:30 a.m. when he called recording engineer Milan Bertosa from a payphone at Sparky’s Bar, a notorious hub of Honolulu’s cocaine trade — and kindly requested an audience.

“Somewhere Over The Rainbow”

“And in walks the largest human being I had seen in my life,” Bertosa recalled, alluding to Israel Kamakawiwo‘ole’s weight. “The first thing at hand is to find something for him to sit on. Then I put up some microphones, do a quick soundcheck, roll tape, and the first thing he does is ‘Somewhere Over the Rainbow.’ He played and sang, one take, and it was over.”

And that song would be requested on stage at every show until Israel Kamakawiwo‘ole’s death.

While Kamakawiwo‘ole’s debut solo album in 1990 included that song, it was produced with added instrumentation and formed into a medley with a cover of Louis Armstrong’s “What a Wonderful World.” It was the acoustic version that would conquer the world — and that version remained in Bertosa’s archives for years.

Only in 1993 while working on Kamakawiwo‘ole’s follow-up album Facing Future did Bertosa realize it had to be included. He was right, as the album went platinum as one of Hawaii’s highest-selling records ever.

“It was just that special,” he recalled. “Whatever was going on that night, he was inspired. It was like we just caught the moment.”

While that song was co-opted for everything from Rice Krispies to cologne advertisements, Hawaiians gravitated to “Hawai‘i ’78.” The track imagined what their ancestors must have felt, seeing the islands overtaken by profiteers who cared not an inch for culture but did anything for money.

Toward the end of his life, Israel Kamakawiwo‘ole’s weight became unsustainable. He was unable to perform and carried an oxygen tank with him. He frequently stayed in the hospital where friends smuggled him Oreos despite his brother’s early death. Despite an increasing need for a forklift to get on stage, he carried an inner peace that never left.

“I’m not scared for myself for dying,” he said. “Because we Hawaiians, we live in both worlds. When our time comes, don’t cry for me.” 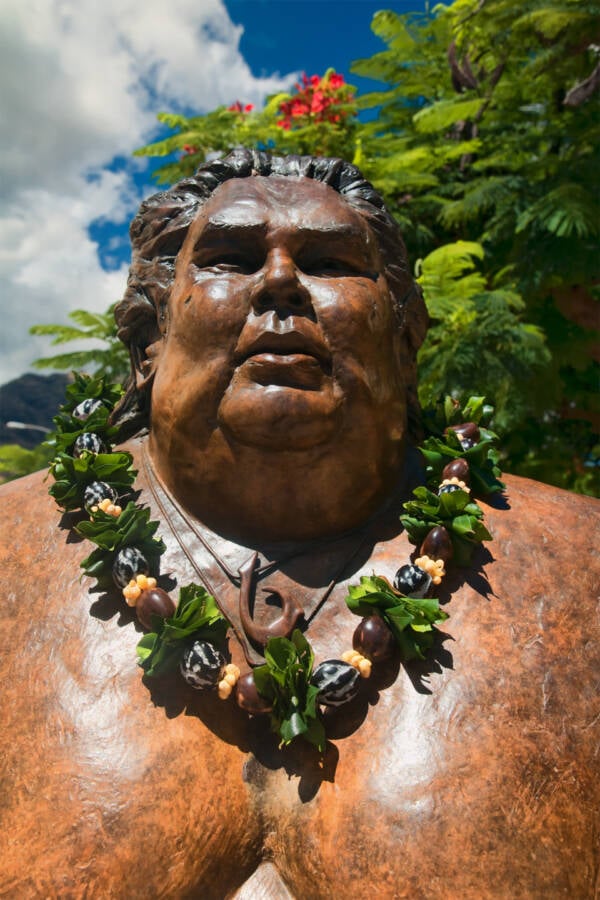 On June 26, 1997, The Honolulu Star-Register announced that Bruddah Iz, the voice of Hawaii, had died at just 38. Israel Kamakawiwo‘ole’s cause of death was respiratory failure. Crying callers phoned into the KCCN-FM radio station for hours, while his family and friends built a casket with wood from all the islands.

On the day of his funeral, the flag flew at half-mast. About 10,000 people gathered in the ocean to watch his ashes be paddled to Makua Beach. Israel Kamakawiwo‘ole’s death made for a day of mourning for what seemed like all of Hawaii. Hundreds paddled alongside his ashes, as the respectful air horns from trucks on land echoed across waters, and Israel Kamakawiwo‘ole’s ashes were scattered. 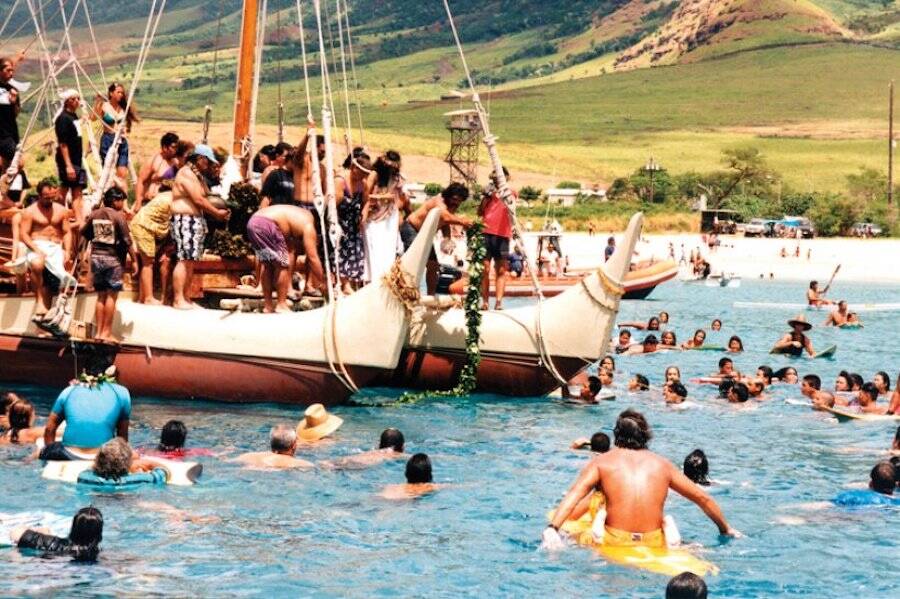 Bruddah Iz was six-foot-two and obese his entire life and weighed over 1,000 pounds when he died in 1997. Israel Kamakawiwo‘ole’s weight hovered around an average of 750 pounds throughout his life.

But Bruddah Iz’s physical presence was nothing compared to his love for the Hawaiian people. As a lifelong proponent of Hawaiian sovereignty against tourism and corporate encroachment, it’s no wonder that the entire island of Oahu gathered to send him off.

After learning about Israel Kamakawiwo‘ole, Hawaii’s beloved Bruddah Iz, read about the tragic death of Chris Cornell. Then, learn about the murder of Selena.