Purchased by a wealthy Scottish widow in 1864, the family-owned island of Niihau is committed to preserving its natural and cultural history — perhaps at a dangerous cost. 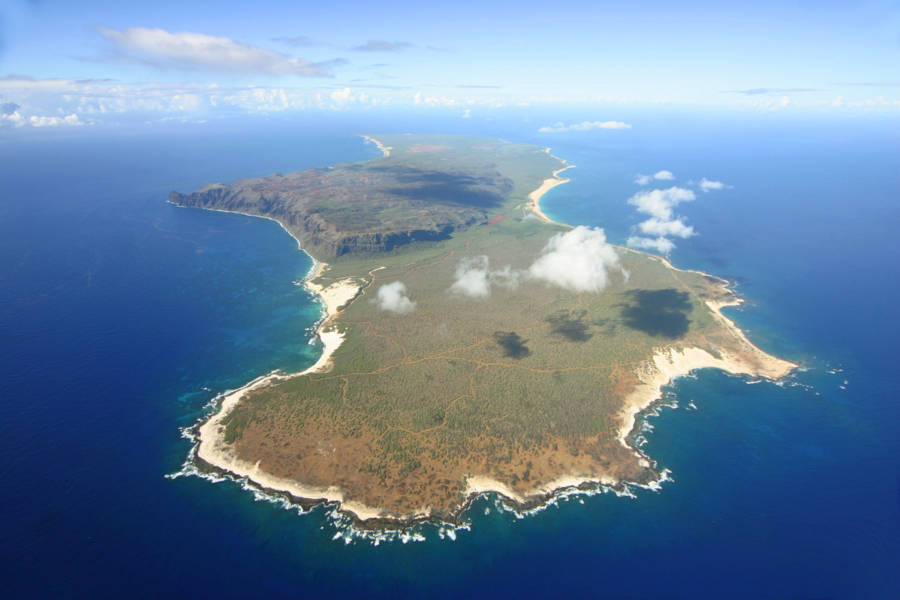 Just 17 miles from the coastline of Kauai, Hawaii boasts a historic restricted area: the small, 70-square-mile island of Niihau, also known as the “Forbidden Island.”

The island is actually a privately-owned preservation project that for 150 years has been largely successful, save for the constant threat of outside influence. 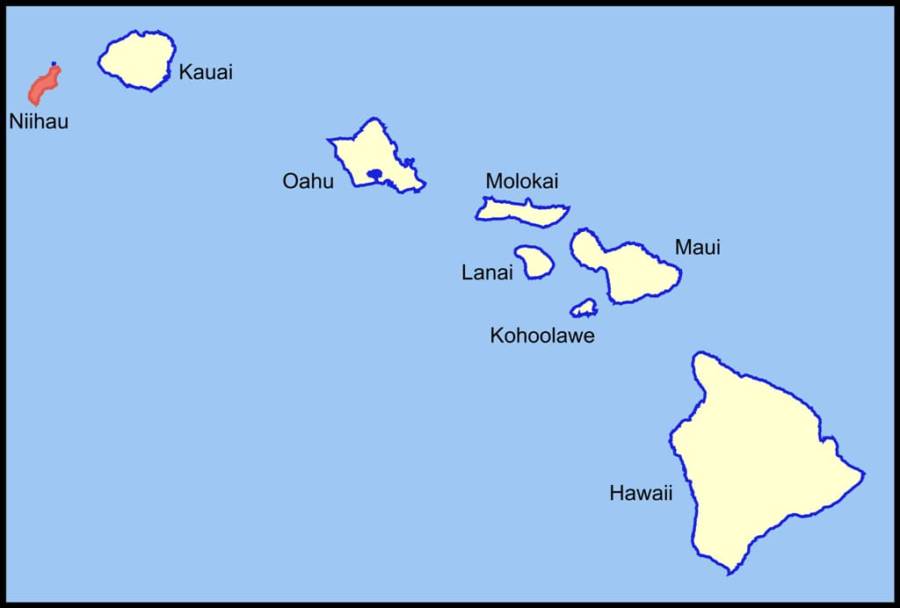 Niihau Island is only 17 miles from the resort-lined shores of Kauai, but access is restricted to outsiders, even Hawaiians from other islands.

Niihau’s transition to the “Forbidden Island” began in 1864 when Scottish widower Elizabeth McHutchison Sinclair purchased the island from Hawaiian monarch, King Kamehameha IV, for $10,000 in gold, for ranching purposes.

“My great-grandmother purchased the island from the monarchy and it’s been virtually unchanged since that date by my family,” Bruce Robinson, the great-grandson of Eliza Sinclair, reported. “We’ve tried to maintain the request of the King when it was turned over. We maintain the island for the people and continue to work it as he had.”

King Kamehameha IV had actually offered Sinclair better real estate, which included an area from downtown Honolulu to Diamond Head in Waikiki, but Sinclair saw the island as a lush alternative for her large family since they had relocated from New Zealand.

Kamehameha IV reportedly had one request for Sinclair: “Niihau is yours. But the day may come when Hawaiians are not as strong in Hawaii as they are now. When that day comes, please do what you can to help them.” 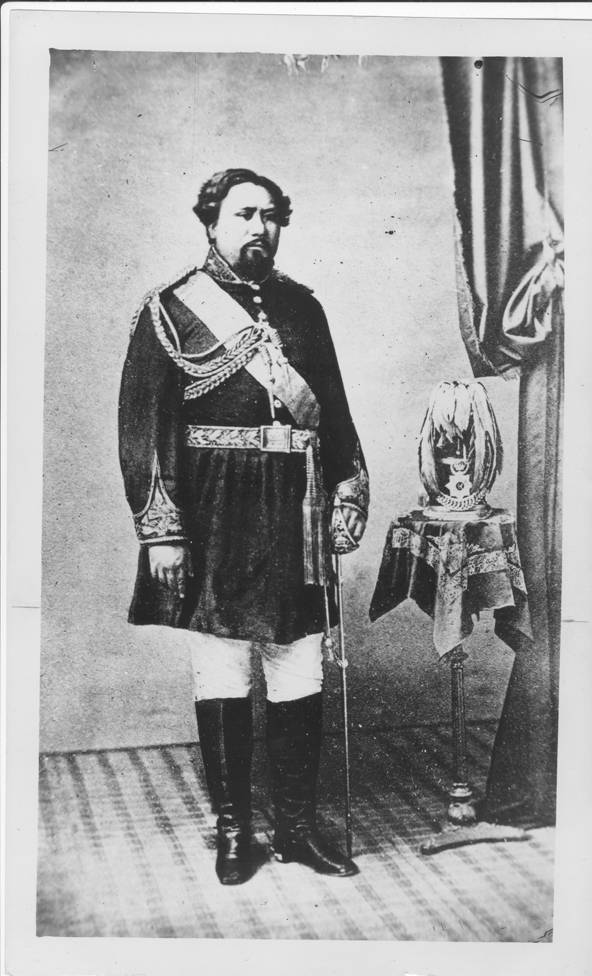 In 1864, Kamehameha V (the successor of Kamehameh IV) finalized the sale of Niihau Island to Eliza Sinclair.

Sinclair and her descendants, the Robinsons, have done their best to honor the king’s request. They rejected the colonization of the Hawaiian islands by westerners, especially when in 1893 the Americans ousted the indigenous monarchy and banned the Hawaiian language.

Accounts vary on exactly when Niihau became the “Forbidden Island.” By one account, Sinclair descendant Aubrey Robinson stopped outsiders, including relatives of native Niihauans, from reaching the island in 1915.

Yet great-grandson Keith Robinson reported that visits were actually officially curtailed in the 1930s to protect indigenous Niihauans from contracting foreign diseases, such as measles or polio. Though this effort was retroactive as 11 Niihauan children had already died from such diseases.

In the decades that followed, the Robinsons battled to keep the island out of state control. Former Hawaiian governor John Burns campaigned until his death in 1972 to have the Robinsons evicted, the island turned into a state park, and in the process “help” the native Niihauans to join civilization.

Since Burns’ passing, the island’s current co-owners, brothers Keith and Bruce Robinson, continue to argue with Hawaiian authorities over their efforts to maintain Niihauan traditions.

Niihau has since taken up a relationship with the U.S. military, which actually began in World War II when a Japanese fighter pilot crash-landed on the island only to be killed by the Niihauans.

Lifestyle Of A Bygone Era 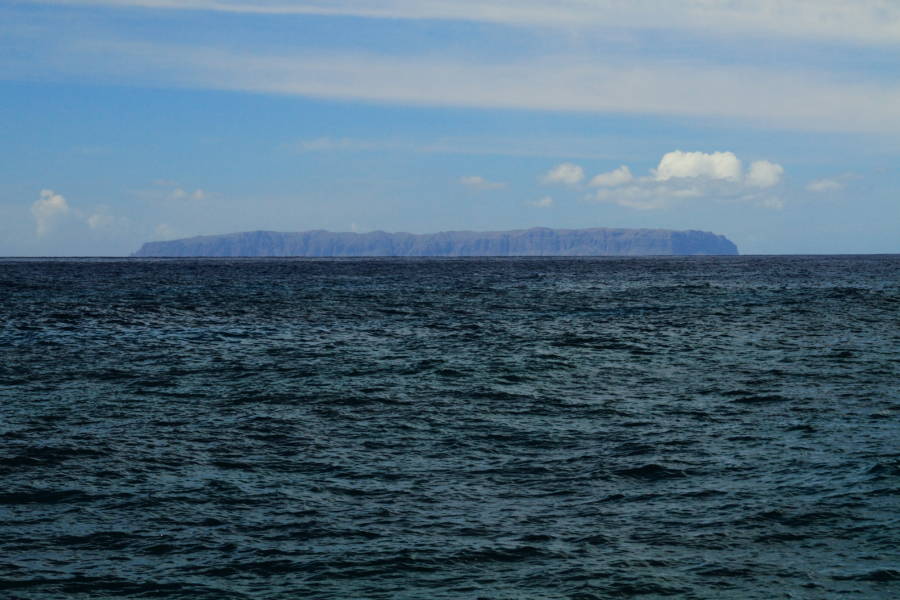 The outside world has crept in over the years. Generators provide the little electricity used in the homes in Pu’uwai, the island’s largest settlement, while the school’s electricity is derived from solar power, primarily so students can use computers. In fact, Niihau’s school is the only one in the country to be powered exclusively on sunlight. Many residents are bilingual — especially the children — and speak English almost as well as their Niihau dialect.

The “Forbidden Island” is also not an untouched pre-colonial world. The Sinclairs were strict Calvinists and required the Niihauans attend church on Sundays. Christian missionaries had even converted many of the Niihauans 40 years before the Sinclairs arrived in the 1860s.

Despite the encroaching outside world, Hawaii’s “Forbidden Island” maintains a lifestyle from a bygone era. Most of the Niihauan’s day-to-day is taken up by fishing and hunting. Modern conveniences are mostly nonexistent. There is no indoor plumbing, no cars, no stores, no internet, and no paved roads. Residents travel by bicycles or foot and they don’t pay rent.

Since 1864, guaranteed full-time work for the inhabitants was supplied by the Niihau Ranch. Natives also fashioned Niihau shell lei for luxurious jewelry.

But in 1999, the Robinsons closed the ranch when it was admitted that no profit was made from cattle and sheep ranching, processing of charcoal and honey on the island.

Today, only part-time work is offered to a few with local tourism and a small U.S. Navy installation. The U.S. military has also been an important source of income for the island and for decades has run special operation training programs and even research and development of top-secret military defense systems there.

Weekly supplies to the island are either brought in by the Robinsons or by the Niihauans themselves when they visit Kauai, the nearest Hawaiian island.

Besides a unique culture, Niihau is also home to a host of endangered species. The most notable is the Hawaiian monk seal, which is considered the most endangered of all the world’s seals. The island is the primary habitat and nursery for the species.

An Island In Decline 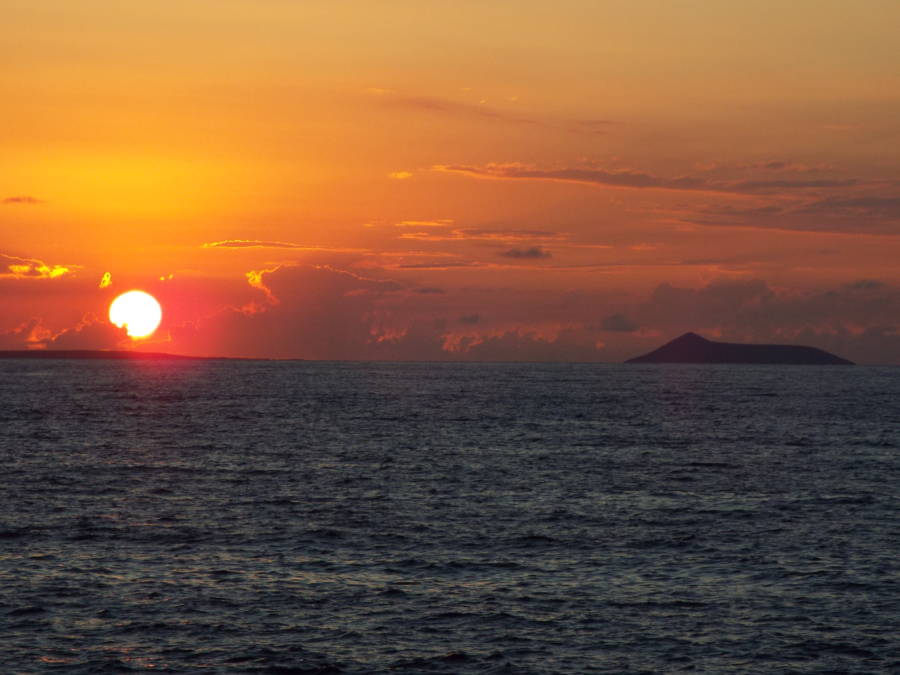 Forest and Kim Starr/FlickrSunset over Niihau

Because the Sinclair’s abided by a strict Calvinist lifestyle, it follows that the island itself has many rules. If not obeyed, the family was given the right to evict native Niihauans from the island altogether. Guns and alcohol were and are prohibited, and according to a former resident, men aren’t allowed to grow long hair or wear earrings. The younger generations are also required to care for their elders.

One might think that this isolation and stringent lifestyle would breed a reclusive nation. But Peter T. Young, the former director of Hawaii’s Department of Land and Natural Resources and Hawaiian historian notes that the “people leave the island all the time.”

Residents come and go as they please, but over recent years more relocate to Kauai or further afield. It is estimated that only 70 permanent residents remain, which is a considerable reduction since the last census in 2010 put the total at 170.

The main reason for the exodus is unemployment. Since the closure of the ranch in 1999, job opportunities are scarce outside of fashioning jewelry or working at the school. 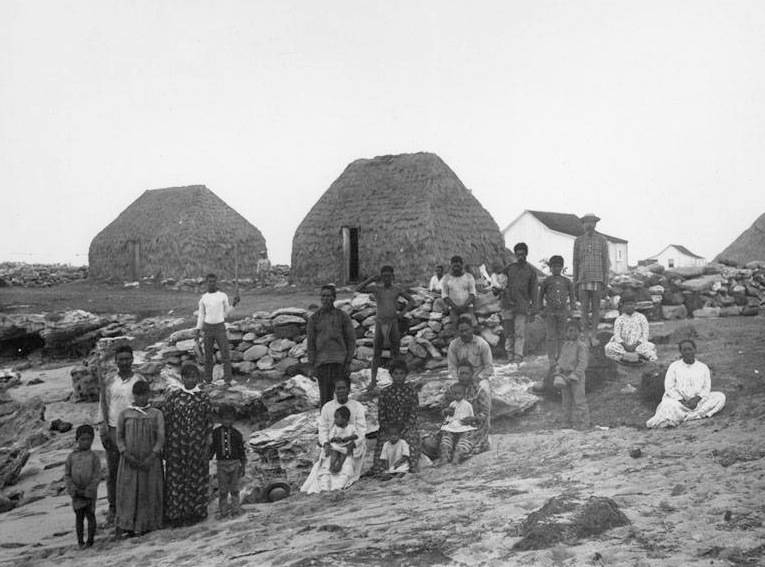 The families that supplement their income with traditional lei making can sell a piece for thousands, but access to these Niihau shells has become scarce.

It’s becoming evident that tourist dollars are required to keep the island economy afloat, which means that the “Forbidden Island” is more accessible than the name suggests. Kauai boat tours offer day-long snorkeling and dive packages, while the Robinsons offer guided tours, hunting safaris, and helicopter trips to remote parts of the island.

Though these tours are carefully controlled so as to avoid contact with the Niihauans, it is difficult to ascertain how long the Niihauan culture can be maintained.

“While it is an ancient type of culture, they’re a very modern type of people,” Bruce Robinson said of the Niihauans. The problem today for these natives is deciding how many concessions they will have to make to their traditional lifestyle without losing their ancient Hawaiian way of life.

The Robinsons vow to do all they can to preserve this native history. There’s “a feeling of inner peace and renewal that we don’t understand in the outside world,” Bruce Robinson told lawmakers in 2013, “The Western culture has lost it and the rest of the islands have lost it. The only place it’s left is on Niihau.”

After this glimpse into Niihau, Hawaii’s “Forbidden Island,” check out Snake Island, the Brazilian isle on which humans are forbidden (for obvious reasons). Then, read about the tumultuous life of the legendary lifeguard, Eddie Aikau, who needed saving of his own.