From "Cannibal Holocaust" to "The Blair Witch Project," these movies were so extreme and realistic that they fooled countless people into thinking the onscreen carnage was real.

Roger Ebert once described movies as “the most powerful empathy machine in all the arts.” The late film critic certainly had a point, as films bring people together to relate to simulated experiences not their own.

It’s also why audiences of ultra-realistic gore in horror movies demand to know they’re fake, and not real snuff films — or, real-life footage of a murder deliberately carried out on camera.

The term “snuff” first appeared in wake of the Charles Manson murders as legend spread that the cult had filmed some of their killings and buried the footage in the desert. From the advent of Betamax to DVDs, snuff films have largely remained a mere myth. 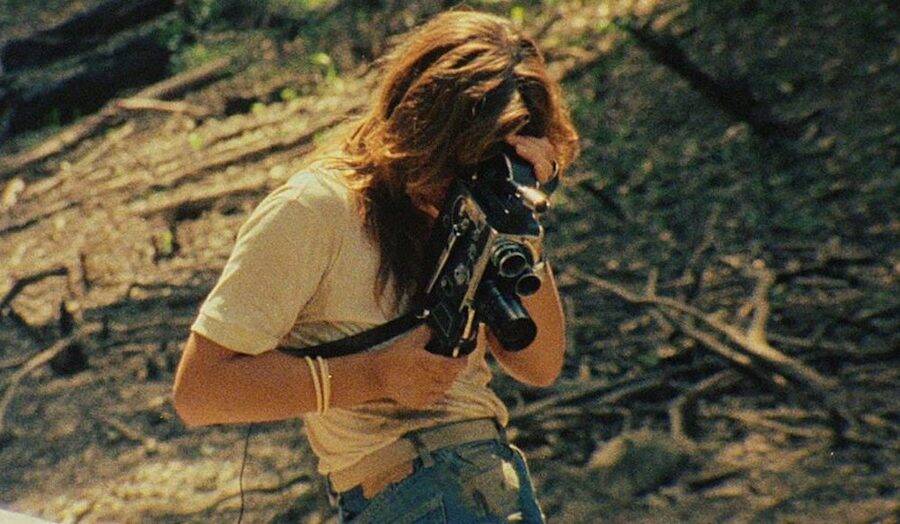 F.D. CinematograficaThe term “snuff film” was first coined in 1972 in wake of the Charles Manson murders.

However, these horror movies were so convincingly filmed that they had some viewers convinced they were watching actual snuff films. Content warnings apply for the following descriptions and images.

If there’s one thing that binds horror fans together, it’s a need to find the scariest or goriest movie ever made. The advent of DVDs made that easier than ever, with the long whispered-about Cannibal Holocaust (1980) finally made widely available.

Cannibal Holocaust holds the distinction of the first “found-footage” horror movie ever made — long predating The Blair Witch Project and Paranormal Activity. 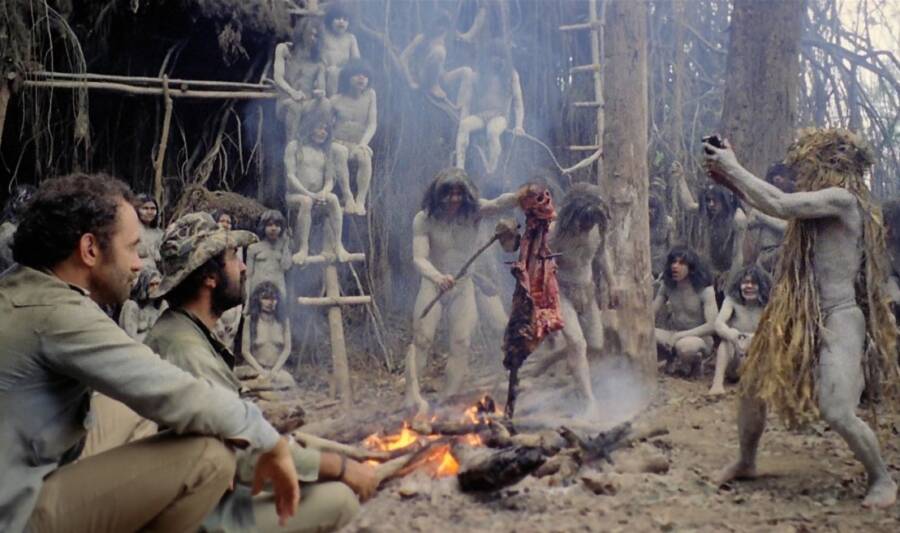 It was also mistaken for a snuff film. And while modern viewers know the film was staged, that wasn’t always the case.

The Italian picture was framed as a documentary, it chronicled an NYU anthropologist and his students trying to find a crew of missing filmmakers in the Amazon. The only thing they find, however, is the footage.

Filmed on location in Colombia’s rainforest with actual Indigenous tribes, it’s no wonder the film fooled initial audiences. It featured real animal killings and shockingly convincing human murders and mutilations. While director Ruggero Deodato certainly succeeded in his vision, it also saw him arrested after the Italian premiere. 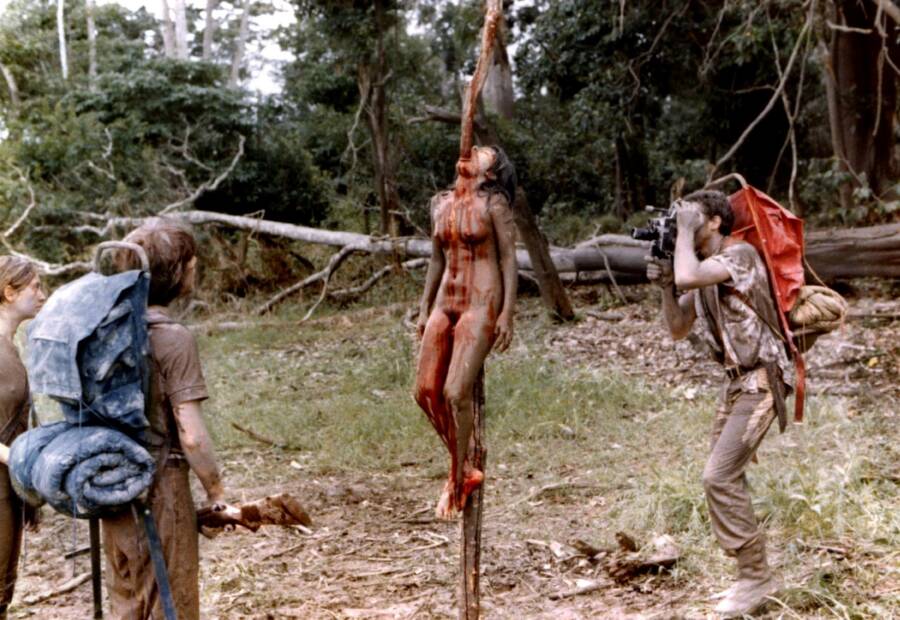 Wikimedia CommonsDeodato had to explain in court how he achieved this particular effect.

Inspired by the lesser-known genre of fake documentaries himself, realism had always been Deodato’s objective in making Cannibal Holocaust. He not only insisted on shooting on location, but with natives of the jungle, and went as far as having a turtle, boa constrictor, monkey, pig, and coati butchered violently onscreen.

It was only 10 days after the premiere in Milan that authorities had the film reels seized and placed Deodato under arrest. While he was charged with obscenity, that would be the least of his problems after the 1981 premiere in France. As it turned out, Deodato had dug an even deeper hole for himself in search of realism.

The director had forced any actor whose character died onscreen to stay out of the spotlight, to let interview requests go unanswered — for at least one year after the premiere. Deodato was so successful in his gonzo promotional campaign that he was charged with murder in Italy. Ominously, not even while he was in court did the actors say a peep.

Eventually, Deodato gave in and had his cast appear in court and on a talk show to prove they were alive. After explaining how he achieved the realistic practical effects of an impaled Indigenous girl, Deodato was free to go. While the case was thrown out, the film remains infamous.