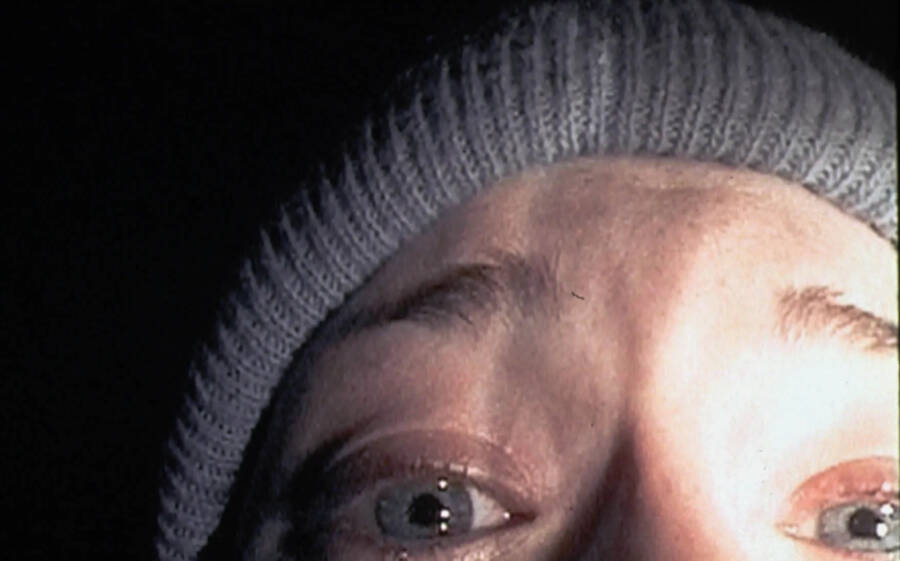 When The Blair Witch Project was unleashed into theaters, nobody had ever seen anything quite like it. The 1999 film was framed as the documentary of a filmmaker crew investigating the legend of a Maryland witch, with their footage depicting paranormal happenings offscreen — and the credits listing the crew as “missing.”

Directors Eduardo Sanchez and Daniel Myrick used every trick in the book to foster realism in production. That included tormenting actors Heather Donahue, Mike Williams, and Josh Leonard in the woods at night, having them use their real names as character names, and scaring the sleep-deprived cast out of their wits.

Production saw the cast learn how to operate film equipment and spend a few weeks in the woods. They were given GPS systems and were directed to arrive at certain landmarks each day, with the directors leaving notes at their tents overnight — in the form of instructions on which plot point to enact next.

Having the cast film themselves proved brilliant in furthering the sense that this was a real documentary. The marketing, however, delivered on growing suspicions that this was a bonafide snuff film. The movie posters looked like real “Missing Persons” sheets, and the actors were listed as “missing, presumed dead” on IMDb. 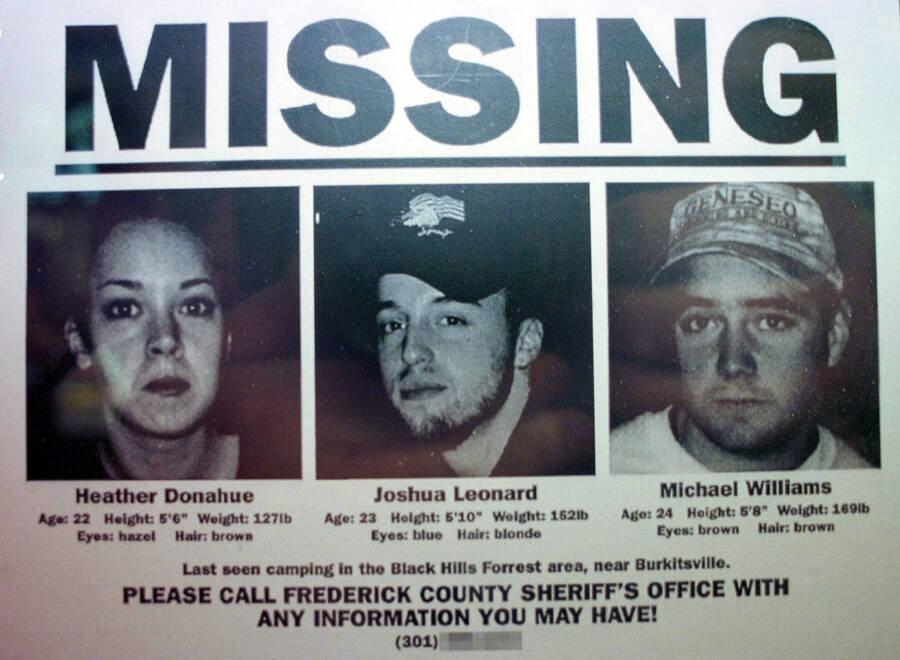 William Thomas Cain/Getty ImagesThe film’s marketing was unprecedented and helped it become the most profitable independent movie of all time.

When the film finally premiered, a whopping 50 percent of viewers believed they were watching a real snuff film in the theater. Decades later, legions of audiences believe the cast was murdered in the woods by the director duo, who used making a movie as a trap to satisfy their bloodlust. Others believe the witch is real.

“There are still people who think that me, Mike, and Josh are actors that were hired to cover up that The Blair Witch Project was actually a snuff film,” she said. “That those kids are actually dead, and Josh, Mike, and I were hired so they could get away with releasing it as a film.”

While Donahue is still recognized as an actress to this day, many believe she isn’t Heather Donahue at all — but a person who is being paid to pretend to be the woman who died onscreen. Meanwhile, her mother still receives sympathy cards for the death of her missing daughter.