A Lizard In A Woman’s Skin 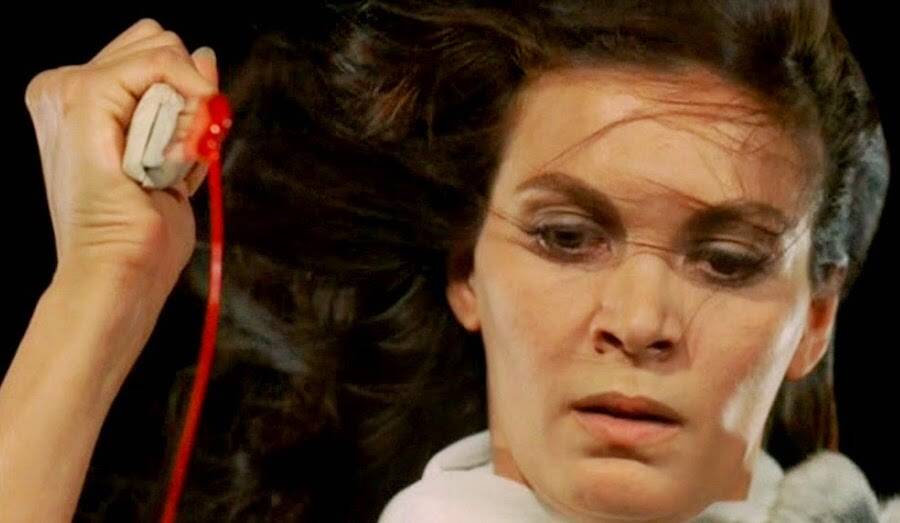 Italian for yellow, the term “giallo” once described Italian paperback thrillers with bright, garish cover pages. It has since mainly denoted Italian genre films, with horror movie directors like Lucio Fulci and Dario Argento virtually inventing — then popularizing the operatic slashers. In 1971, however, Fulci’s mastery took him to court.

Filmed and set in London, England, A Lizard in a Woman’s Skin revolves around the daughter of a politician experiencing a series of nightmares. Initially quite psychedelic and sexual, they turn ugly when she dreams of murdering her neighbor — and awakens to discover that he was stabbed to death overnight.

Fulci’s second stab at giallo films wouldn’t reach the cult status of his later attempts. It did, however, depict a terribly realistic scene involving six dogs that had been ripped open. Fulci had hired practical effects genius Carlo Rambaldi (who would later create the E.T. puppet) to do so, to visceral success and judicial inquiry.

“[We had to] convince four different judges that they were not real dogs but in actual fact mechanical dogs that had been vivisected with our special effects,” said Rambaldi. 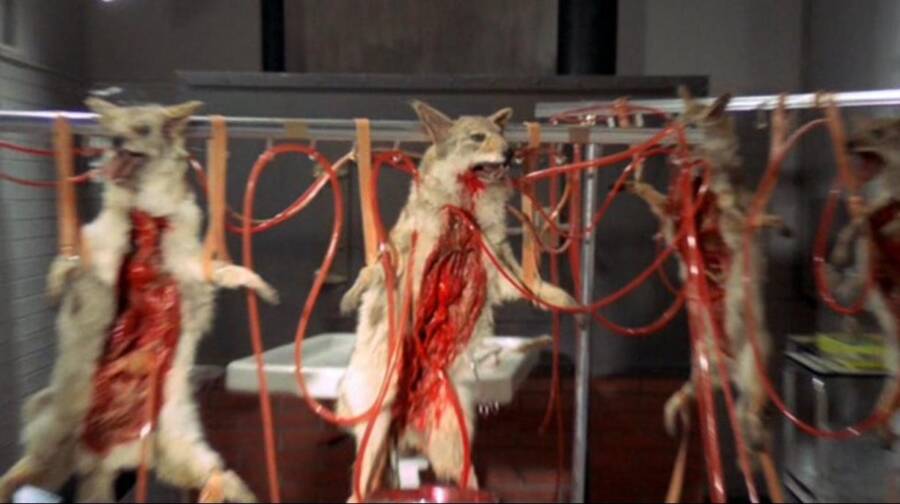 International Apollo FilmsFulci and Rambaldi had to present these mechanical dogs in court.

“Lucio Fulci, director of the film A Lizard in a Woman’s Skin, and the owners of the production company and distribution house, have been reported to the judicial authorities for having tortured and killed six dogs during one scene of the film,” the Italian press reported after the premiere.

“There are six dogs who have been vivisected, ie still alive, but with their chests slit open and with electrodes clipped onto their hearts.”

Fulci and Rambaldi were forced to travel to four different cities across Italy to defend themselves before the magistrates. The macabre experiment depicted onscreen was so convincing that only tangible proof would convince them — with Rambaldi luckily still in possession of the mechanical props he used during filming.

Had they not been able to wheel their work into court, Rambaldi and Fulci may have had their entire careers cut short as grotesque animal abusers. Instead, Fulci went on to become one of the most respected horror directors of all time — and Rambaldi an Oscar-winning visual effects artist for E.T. The Extra-Terrestrial.