Legendary surfer and lifeguard Eddie Aikau saved hundreds of lives on the beaches of Hawaii in the 1960s and 1970s. But, in the end, he was the one who needed a rescue most of all. 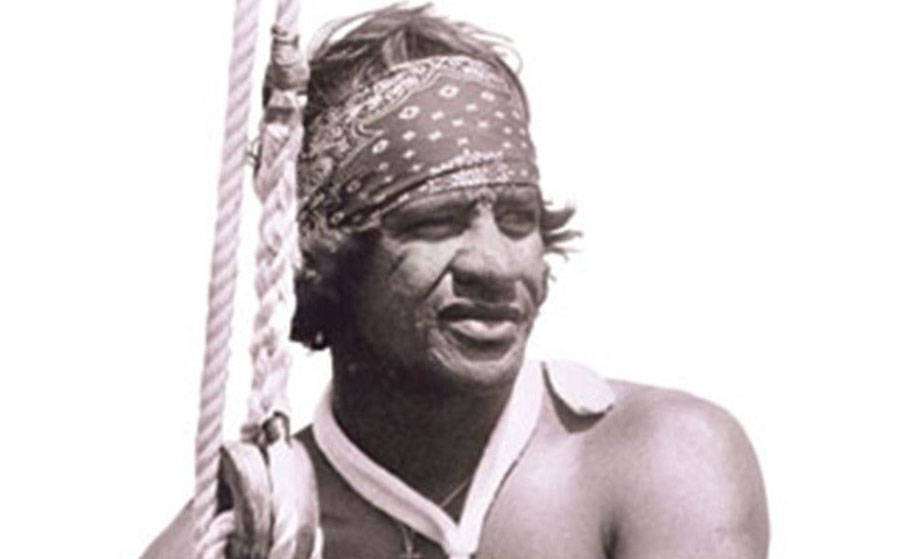 For more than a decade, legendary surfer and lifeguard Eddie Aikau watched over the beaches of Waimea Bay, Hawaii. And in all his years in the lifeguard tower, he made some 500 rescues without losing a single life.

However, in the end, it was Eddie Aikau who lost his life when he could have used an ocean rescue himself.

Eddie Aikau was born on May 4, 1946 in Kahului, Hawaii and began surfing at a very young age. After learning the basics of the sport in Kahului Harbor as a child, he moved with his family to Oahu at the age of 13.

Three years later, he dropped out of school and began working at the Dole pineapple cannery. He used his wages earned there to buy his own board and began to focus all of his attention on surfing.

In 1967, Eddie Aikau became the first official lifeguard at Waimea Bay on Oahu’s North Shore. He quickly made a name for himself as he braved waves as high as 30 feet and ventured into waters no one else would dare enter in order to rescue people caught in the water.

Thanks to Aikau and his brother/partner Clyde, not a single person drowned in all of Waimea Bay in the years that he worked there. Most estimates place the number of people who Aikau rescued at about 500 while Clyde says that his brothers saved “thousands of lives.”

All the while, Aikau continued to surf competitively and won many accolades, including a ranking of 12th in the world by International Professional Surfers and a first-place victory at the 1977 Duke Kahanamoku Invitational Surfing Championship.

But the following year, the story of Eddie Aikau came to an untimely end.

In 1978, Aikau was selected to join the Polynesian Voyaging Society’s 30-day, 2,500-mile canoe journey along what was once the ancient Polynesian migration route between the Hawaiian and Tahitian island chains. The group had completed a successful trip on this route just two years earlier.

On March 16, the volunteer crew set out from Magic Island, Oahu. Shortly after, however, their canoe encountered a leak. They drifted into a storm and eventually capsized.

Aikau, ever the lifeguard, attempted to paddle on his board towards the island of Lānaʻi to get help for the others, first removing his life vest because it was hindering his paddling abilities. However, the rest of the crew was soon spotted by a commercial airplane and rescued soon after by the U.S. Coast Guard.

As for Eddie Aikau, however, he disappeared into the Pacific. The search for Aikau was the largest air-sea search in Hawaiian history, but sadly, no trace of him was ever found. 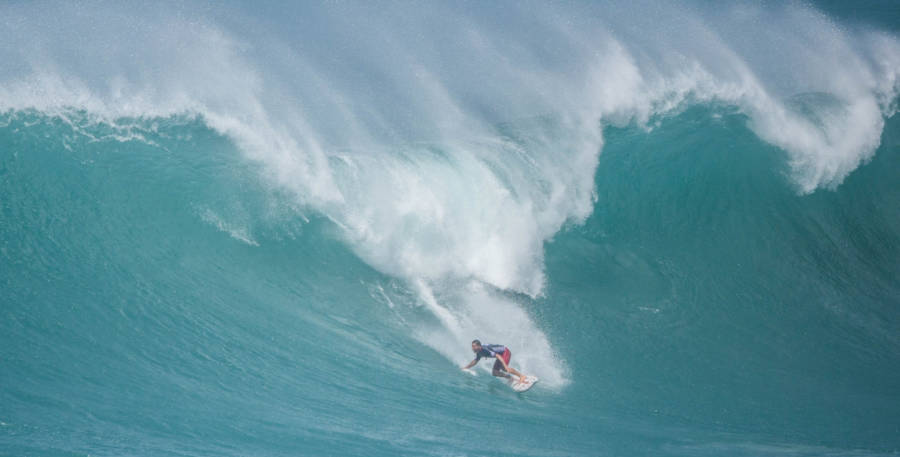 Anthony Quintano/FlickrA surfer competes in the the Quiksilver Big Wave Invitational in Memory of Eddie Aikau in Waimea Bay, Hawaii in 2016.

However, Aikau’s legacy lives on today thanks to the Quiksilver Big Wave Invitational in Memory of Eddie Aikau, known more commonly as “The Eddie.” Hosted intermittently at Waimea Bay since 1985-1986 (although the event had to be canceled for the first time after losing its sponsor in 2017), the contest invites 28 surfers to compete in two rounds of competition.

Since its inception, nine Eddies have been held at Waimea Bay, with Clyde winning the 1986-1987 competition. The competition is not necessarily held every year due to the fact that the organizers will only host the event when the swells reach a minimum of 20 feet.

This recalls the local saying through which Eddie Aikau has been immortalized: “Eddie would go,” referencing his bravery in facing waves that no one else would dare to face. Such waves were fittingly present during the first Eddie competition, when the swells were so high and dangerous that the organizers considered calling it off. However, surfer Mark Foo looked at the water and declared that, despite the tough conditions, “Eddie would go.”

Throughout the 1980s, the phrase spread all around the Hawaiian Islands and soon to the rest of the world, ensuring that Eddie Aikau’s legacy and willingness to put himself at risk to save others would never be forgotten.

After this look at Eddie Aikau, read up on others who saved scores of human lives. First, there’s Desmond Doss, the World War II hero who saved 75 lives in the Pacific and had his story immortalized in the film Hacksaw Ridge. Then there’s Nicholas Winton, the “British Schindler” who saved 669 children from the Holocaust and was reunited with them on live TV decades later.