How Nicholas Winton Saved Hundreds From The Holocaust

Nicholas Winton rescued at least 669 children from the Nazis and kept it relatively quiet for nearly half a century.

It was the spring of 1954 and Nicholas Winton was in the middle of an ultimately fruitless campaign for a seat on the borough council of Maidenhead, England, a small city west of London. His campaign leaflet included basic voting information, a photo of himself, a three-paragraph appeal to voters, and, at the very bottom, a section labeled “Personal Details.”

Buried in the middle of that section — after mentions of his achievements in local politics and business, and before mentions of his fencing and air force service — was the following:

The Maidenhead voters, along with virtually anyone beyond Maidenhead’s borders, may have given this line little notice. Yet those eight words contained a heartrending, inspiring story of courage, cunning, and selflessness. 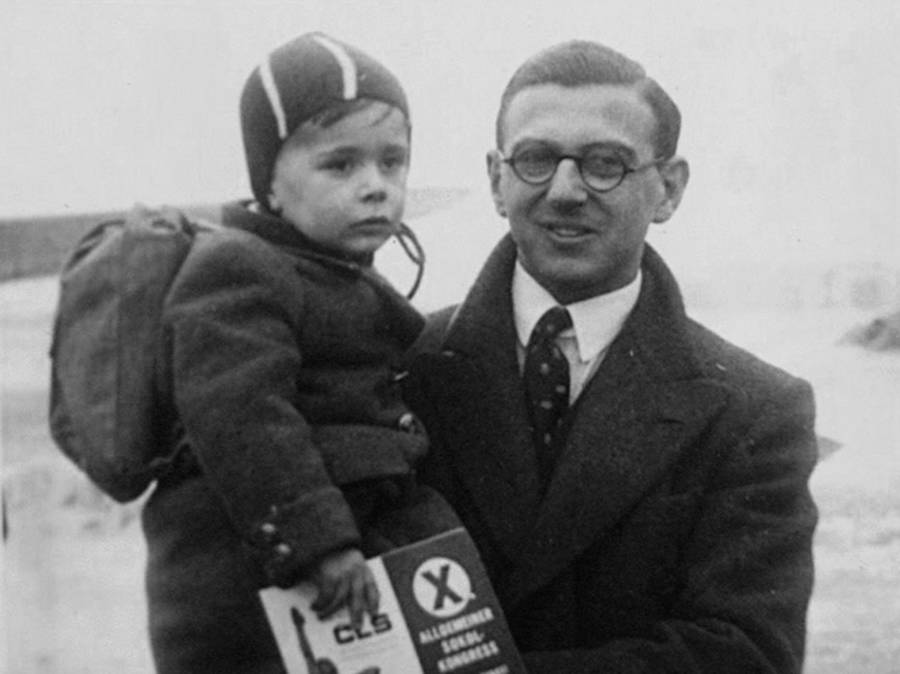 Between December 1938 and September 1939, with World War II looming, Nicholas Winton and his associates managed to save at least 669 children from the Nazis in Czechoslovakia.

But you’d never quite glean that from its oblique mention in Winton’s campaign leaflet 15 years later. Likewise, it would be a further 34 years before the international media spotlight would find Winton and bring him tributes, statues, and nicknames like “the British Schindler” — all of which Winton himself shied away from.

It’s a stance befitting a man who believed, as he told the Guardian in 2014, that in the adage “Some people are born great, some achieve greatness, and some have greatness thrust upon them,” he fell in the final category.

The event that spurred Winton’s rescue mission makes it somewhat easier to see why he placed himself in that category. Indeed, the story of his rescue mission began with a single phone call and a ski trip that never came to pass. 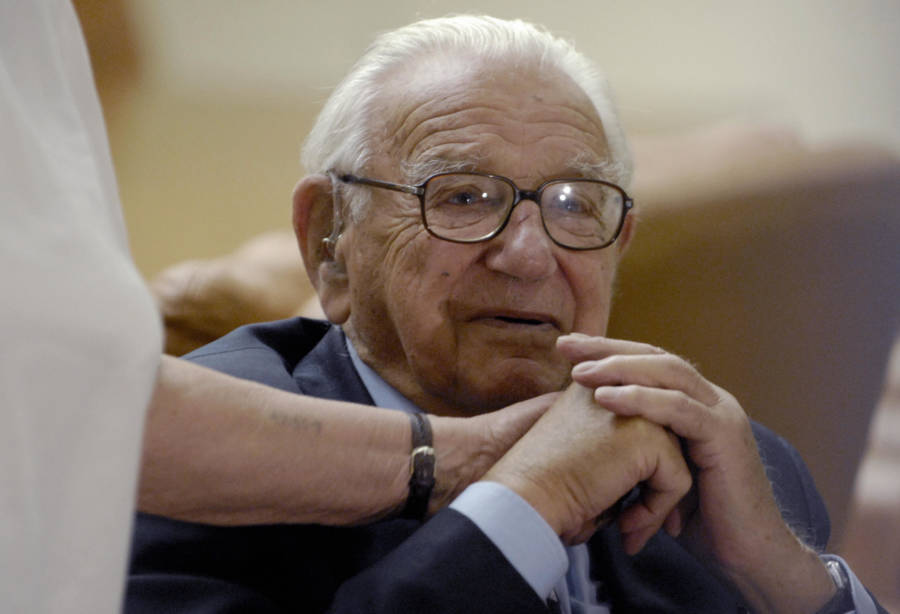 MICHAL CIZEK/AFP/Getty ImagesNicholas Winton sits backstage at the Congress Centre in Prague on October 9, 2007 before receiving honors for his rescue efforts that saved hundreds of children from the Holocaust.

In December 1938, Nicholas Winton — then working as a stockbroker in London, to which his German Jewish parents had emigrated 30 years earlier — was set to fly to Switzerland for a ski vacation. But then, he received an unexpected entreaty from a friend named Martin Blake — and one that would come to shape the arc of Winston’s life.

Already aiding the mostly Jewish refugees in the western region of Czechoslovakia that had just been annexed by Germany, Blake knew that things would only get worse. Thus he asked Winton to fly not to Switzerland but to the Czech capital of Prague instead.

“On an impulse,” as The New York Times describes it, Winton agreed.

And with that, Nicholas Winton was off to Czechoslovakia. He quickly found himself aghast at the conditions in the refugee camps and appalled at the thought that their inhabitants, due to European immigration restrictions for Jews, would likely never be able to migrate to safety abroad.

Despite British efforts to pull child refugees (adult refugees were still restricted by British law) out of Germany and Austria, there was no such effort in Czechoslovakia, which was just then sinking into Nazi clutches. But Winton — along with associates including Blake and two other friends named Trevor Chadwick and Bill Barazetti — would not let the Czech children go overlooked.

Winton and company then set up an office in Prague, where they took appointments with thousands of distraught parents. Each arrived in an attempt to arrange safe transport abroad for their children, knowing that if those arrangements could be made, they’d likely never see their children again.

With so many parents lining up, the Nazis took notice and began following Winton and harassing him and his associates. But, time and again, quick thinking and a few well-placed bribes kept the rescuers’ operation afloat.

This wasn’t the only time Winton resorted to slippery tactics in order to do the just thing inside an unjust system.

With more than 900 outbound children registered on Winton’s list, it was time to secure their entry into England as well as residences there (with volunteer foster parents who put up about $1,700 as a kind of deposit intended to fund the child’s trip back to his or her homeland when the time was right). When the slow-to-respond British Home Office didn’t come through with the entry visas, Nicholas Winton and company would forge the documents. 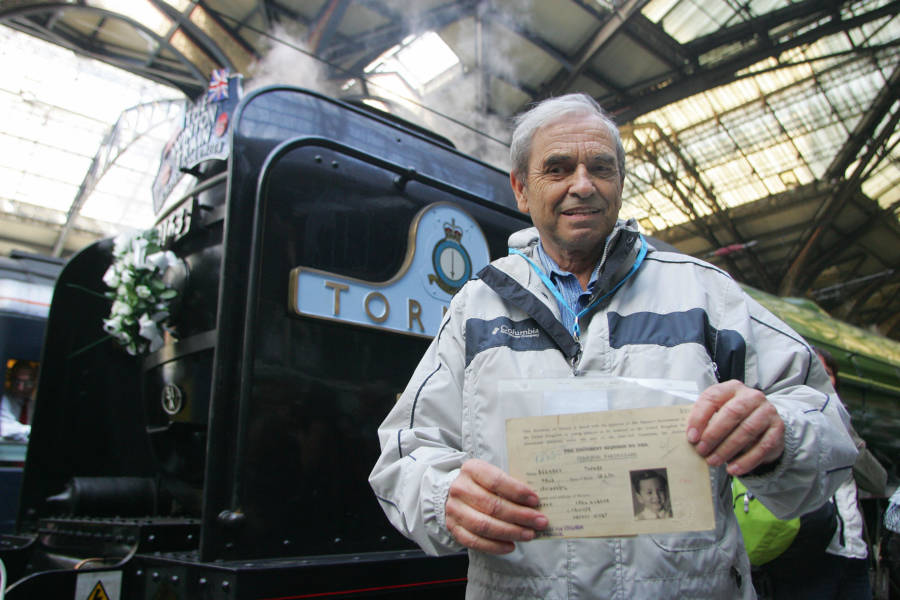 Geoff Caddick/AFP/Getty ImagesThomas Bermann, one of the children saved by Nicholas Winton, displays his original British identity document during the 70th anniversary celebration of the rescue efforts at Liverpool Street Station in London on September 4, 2009.

No matter the challenges or legally dubious means, Winton and company managed to snap every piece into place by March 14, 1939, when the first train carrying rescued refugees left Prague.

From there, the train traveled northwest through central Germany and into the Netherlands, where boats waited to ferry the children across the North Sea to England. That first train carried just 20 children. The following seven would carry many, many more.

But as heartening as each train’s departure was, so too was it a tragic tableau of train platforms filled with sobbing parents saying goodbye to their own children and leaving themselves to the awful fate that their children were now escaping.

Of course, some parents didn’t cry — and those stories are perhaps even more heartbreaking. As one man Winton saved recalled:

“My parents, in order to get me on the train, misled me into believing I was going on an adventure, a holiday to stay with my Uncle Hans Popper in Folkestone (England). They did not even cry and suppressed their emotions to not alarm me. I had no idea that it was the last time I would see my father alive and that they were destined to the hellhole of Auschwitz.”

Zuzana Marešová, one of the children Nicholas Winton rescued and one of the very few whose parents actually survived the war and were thus able to see their child again, likewise recounted harrowing scenes at the train station:

“All of the parents were crying and waving. I can still see them today. I can remember the parents’ hands up and our noses pressed to the glass and that gave me the idea of the parting. The most frequently uttered sentence along the platform was, ‘See you soon.'”

Scenes like these would play out upon the departure of all eight Winton trains, the last in early August. The ninth was set to depart on September 1. However, it was on that day that Germany invaded Poland and World War II officially began.

The storm that Winton and others like him had long seen coming had finally arrived. Its effects were swift and brutal.

“Within hours of the announcement, the train disappeared,” Winton told The New York Times in 2015. “None of the 250 children aboard was ever seen again.”

“We had 250 families waiting at Liverpool Street that day in vain,” Winton later recalled. “If the train had been a day earlier, it would have come through.” 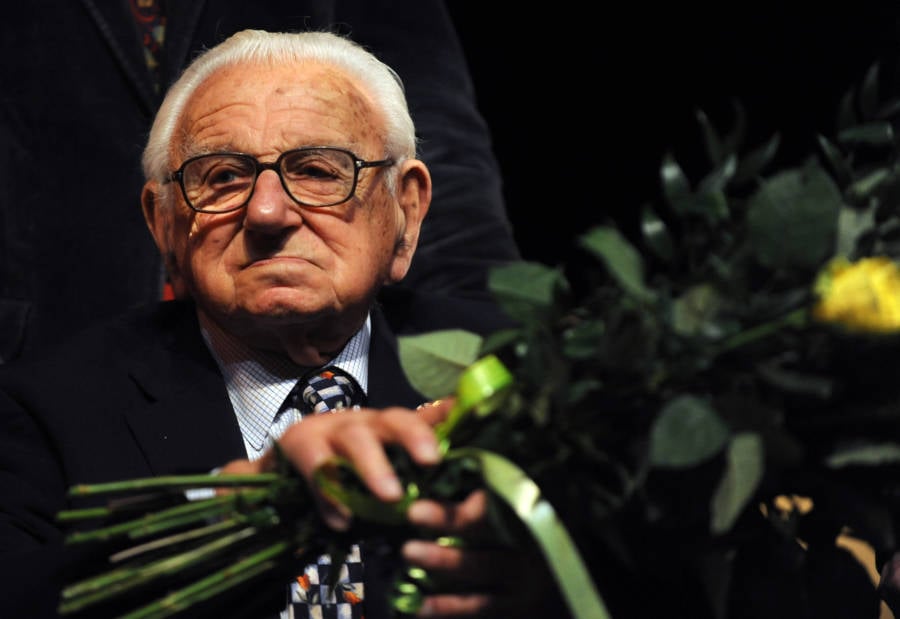 MICHAL CIZEK/AFP/Getty ImagesNicholas Winton holds flowers given to him in tribute at the premiere of Nicky’s Family, a docudrama about his rescue efforts, in Prague on January 20, 2011.

But while most if not all of those children — and as many as 1.5 million others — died during the Holocaust, Nicholas Winton’s legacy rests upon the 669 or more he saved.

That legacy, however, took decades to fully come to light.

Although Nicholas Winton’s wife, Grete Gjelstrup, and a few others quite close to him knew of Winton’s deeds, he did not discuss them and certainly kept them out of the public eye.

In 1983, for instance, Winston’s charity work for an elderly assistance organization granted him membership in the Order of the British Empire — not his actions during the Holocaust.

That changed in 1988 when Gjelstrup rummaged about the family attic and found Winton’s hidden scrapbook filled with the names and photos of the children he saved. Winton brushed it off, even suggesting that she throw the scrapbook away.

“You can’t throw those papers away,” Gjelstrup replied. “They are children’s lives.”

Not only did Gjelstrup not throw the papers away, she shared them with a Holocaust historian. This soon led to international media coverage and, over the ensuing three decades, a long list of honors and memorials bestowed upon him from several national governments (along with a planet, which two Czech astronomers named after him when they discovered it in 1998). 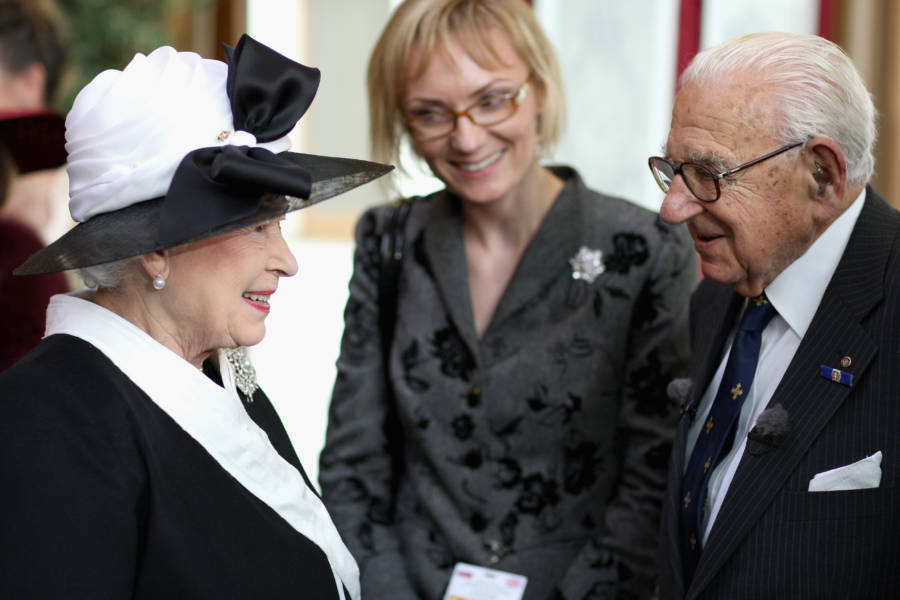 But through it all, Nicholas Winton remained modest. “It gets a bit boring talking about the same thing for a hundred years,” he told the Guardian in 2014. “It turned out to be remarkable, but it didn’t seem remarkable when I did it.”

Instead of keeping the spotlight upon himself, Winton preferred to champion Doreen Warriner and Trevor Chadwick, his associates who remained on the ground in Prague after Winton had gone back to England. “I wasn’t heroic because I was never in danger,” he told the Guardian.

Nevertheless, the tributes rolled in until his death at the age of 106 on July 1, 2015, the anniversary of the largest (241 children) of all the evacuations that he’d arranged 76 years before.

Even today, new Winton tributes continue to emerge. Yet of all the thanks and honors he ever received, the one that still most captivates the public and best puts a human face on his heroism is the one that helped initiate the original media storm shortly after his wife found his scrapbook in 1988.

The producers of the BBC program That’s Life had invited Winton to sit in the audience for a show without quite telling him why — or that some of the very people he’d rescued from the Holocaust as children a half-century ago would join him in the audience.

Likewise, at least some of the now-adult “Winton’s children,” as they’re often called, had no idea that their rescuer would be in the studio audience right along with them:

In the years following this reunion, Winton would still downplay the moment, just as he did on his 1954 campaign leaflet in Maidenhead. The small section on the reunion from his 2014 interview piece with the Guardian, for example, states that he “was not best pleased to have been tricked for the purposes of instant television drama – and bucketfuls of tears.”

Of course, when the reunion happened in that studio, one can’t miss the fact that Nicholas Winton stuck two fingers underneath his glasses to wipe away his own.

After discovering the heroic tale of Nicholas Winton, read the inspiring story of Gisella Perl, “The Angel of Auschwitz” who saved countless women inside the notorious extermination camp. Then, see 44 heartrending Holocaust photos that reveal both the tragedy and perseverance of this horrific episode of human history.